I didn't know too much about this specific day but I had gotten one email from Kaden's teacher asking us the parents of her kiddos to let her know if we were planning on taking our kiddos to work with them. I wasn't sure. Kaden hadn't said anything about it but I also didn't want him to miss out on the opportunity. Fast forward to school letting out and he came home asking if he could come to work with me. I would love him to have had him at work with me all day but it just wasn't the week for it. Daddy came to the rescue & Kaden was super stoked. 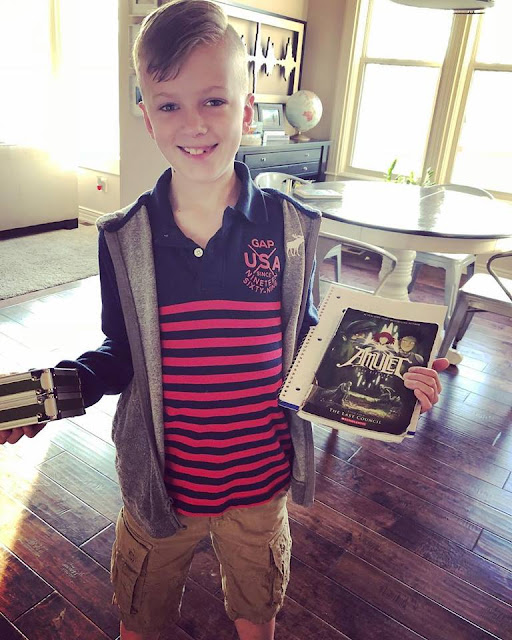 At first he was asking to take his iPad and the Nintendo Switch but it didn't take long until I explained how this day would work. If he was going to work with his dad, then he would shadow his dad. Justin assesses damage on vehicles. So, I got Kaden a notebook where he had to record the make, model and year of each vehicle followed by a drawing of the vehicle they were working on and lastly take a few pictures of the damage. It didn't take long and he was on board---and when I got home he wanted to show me each of the cars they looked at.

Logan was a little upset he wasn't able to go (it's actually an all school thing) but we turned it into a 2nd grade opportunity. We reminded him that next year, he will get to go as Kaden has to spend his day at school. That didn't really go that far for Logan and somehow he got a Sunday Funday at the movies with his dad out of it. Guess Kaden and I will spend a little one on one time too--there's always room for more of that.
Posted by Kayla South at 11:47 PM