Birthday Weekend for the Hubs

Justin's birthday this year fell on a Monday, NCAA Basketball Championship Monday. Most years it falls on the weekend of but this year, the night of. So we knew that if we wanted to do something special, we should do it over the weekend. Saturday Logan wasn't feeling well at all and even left our subdivisions Easter Egg Hunt early. When I got home I gave him some medicine and before we knew it he was feeling good. We knew this would probably be short lived so we headed out to Top Golf as quickly as we could--it's all Justin wanted to do.

We got there and had to wait about 15 minutes so we played a little pool. Boys didn't mind one bit as they are always begging to play pool. I believe it was Kaden and I vs. Dad and Logan -- we were winning and then I scratched on the 8 ball. Yes, I was a little rusty. 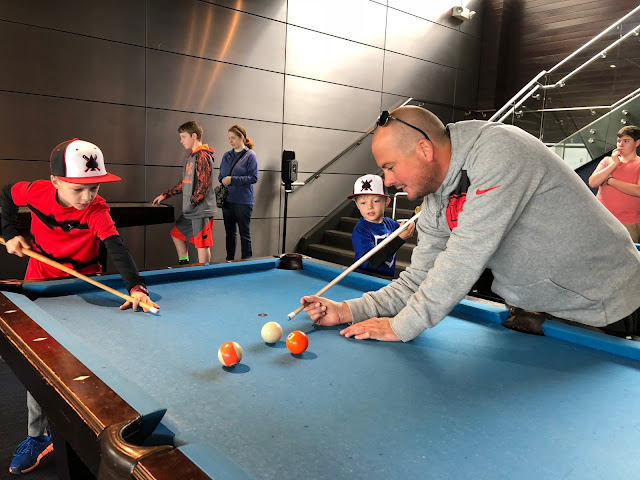 Logan decided to hit first which also coincidentally was his only hit. He crawled up in my lap and went to sleep--the poor guy just wasn't feeling it. 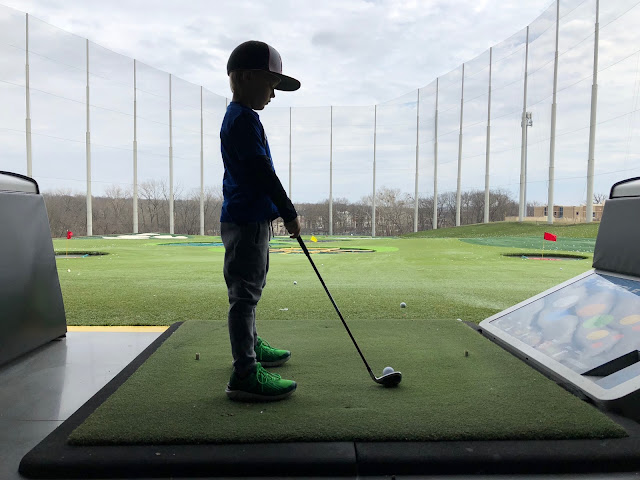 So Justin and Kaden took over. 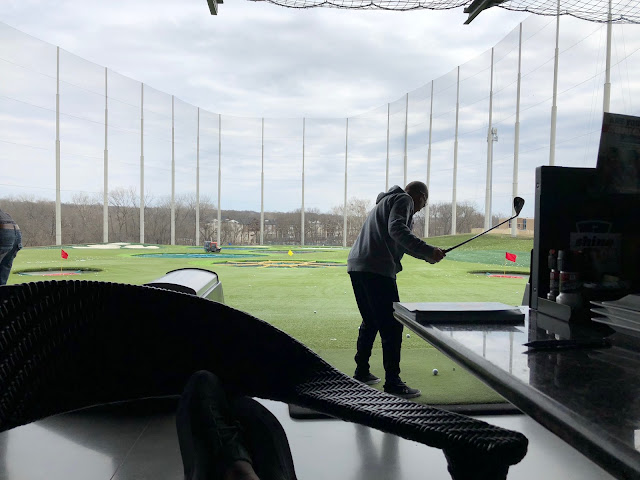 That evening we invited Justin's mom and Craig over for dinner, they brought Joe's KC and we took in a few games of basketball. KU ended up losing, which we were all honestly disappointed but Villanova was still in it and that's were our chips lied so dad and I were in the money.

On Monday evening we sat at home and watched the game together--it wasn't super eventful but it was still pretty awesome when you get to celebrate someone like Justin. The boys were very thoughtful this year and showered him with UA tights and undershirts for baseball practices & a new Royals backpack from Nordstrom--it's pretty dope. Happy 37, emphasis on the 3, not so much the 7! 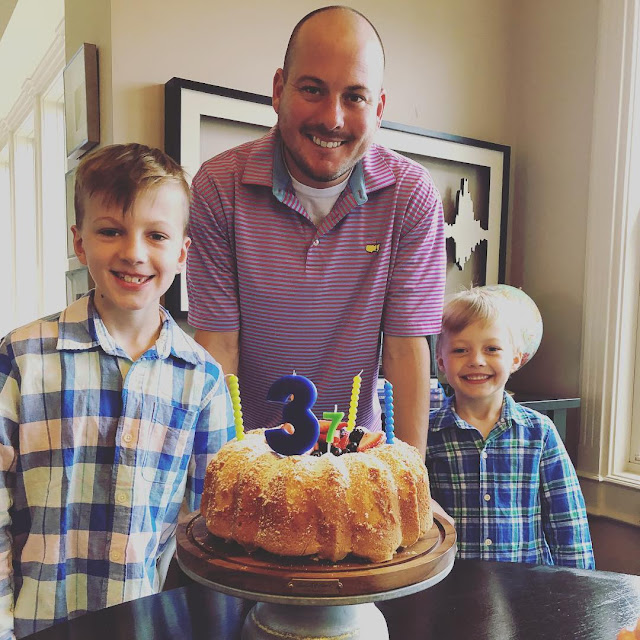