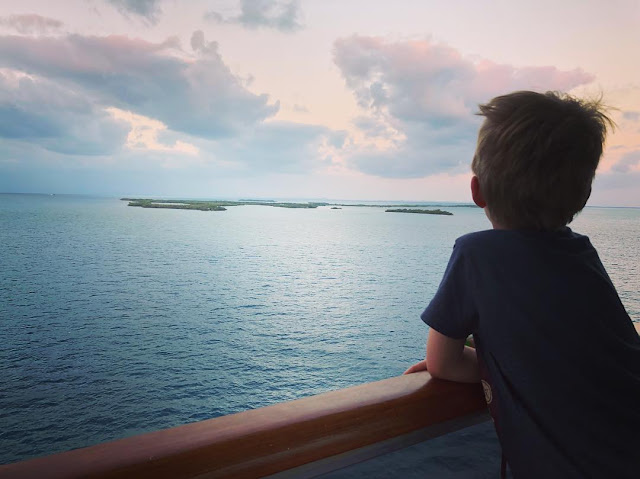 Port two was our only beach day of the trip -- until our Cozumel excursion was canceled, more on that later -- the boys were super stoked. We were headed to a tiny island called Starfish Island. There was no "port" the ship had to "dock" 5 miles out to sea because the reefs are so fragile near the mainland so we were picked up by little boat taxis--it was a beautiful boat ride.

We arrived at Starfish Island first and had our pick of chairs. We found a couple chairs and then the boys saw it, the water trampoline, think Ninja Warrior course on water. They were all about it--thankfully there were a couple really great kiddos that would help Logan pull himself up on the course when he fell off. 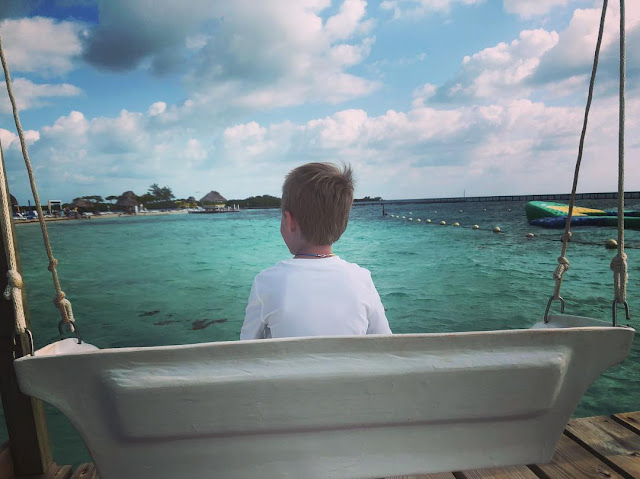 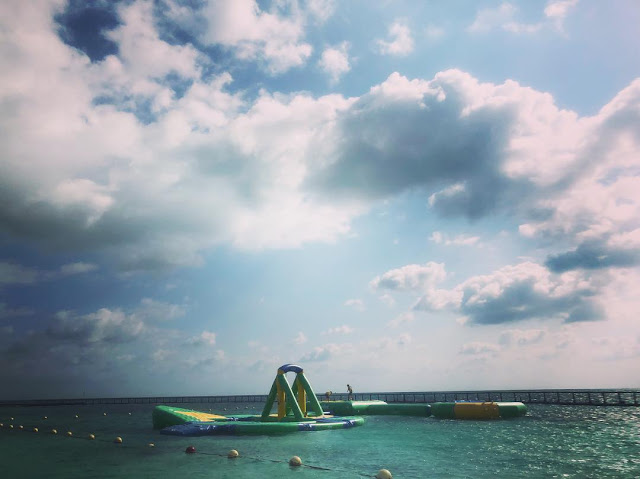 Next thing I know, a mom is out playing with her kids. I look at Justin and say, I can't let her be out there as I sit here, I'm going in. So I joined the boys and let me tell you, I was SOOO sore for the next three days. I couldn't believe it--I hardly did anything, guess that just shows how out of shape I am. 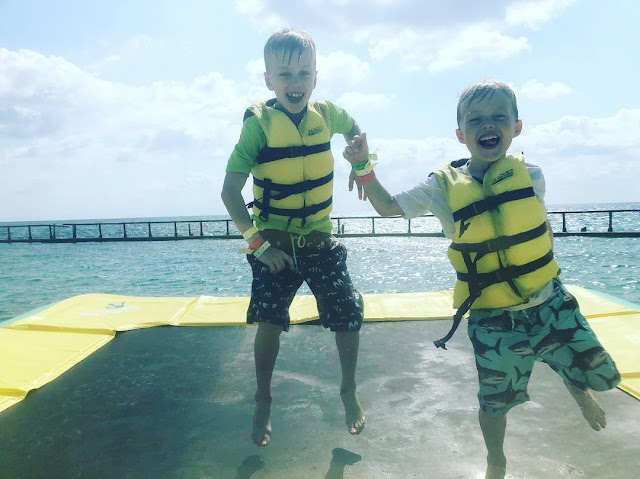 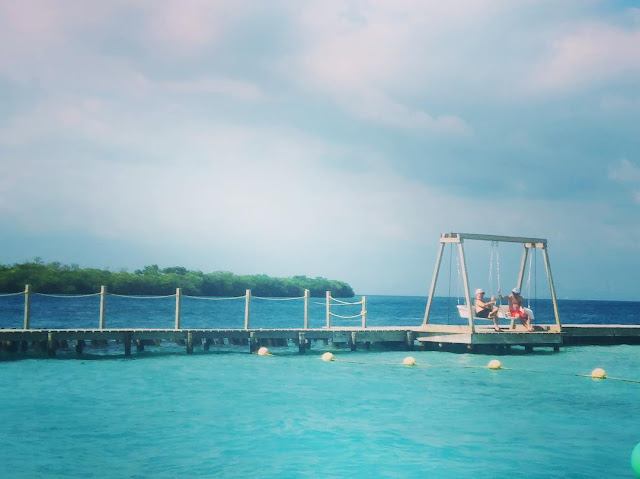 After a good hour on the obstacle course we headed back to our chairs and the boys played on the beach which was more like a beach of shells than sand. Thankfully we all had our water shoes. As the boys played, I went exploring, it wasn't a huge island and I had been told there was a place where you could see and hold starfish. Once again, Kaden didn't want anything to do with it but Logan, he followed my lead. 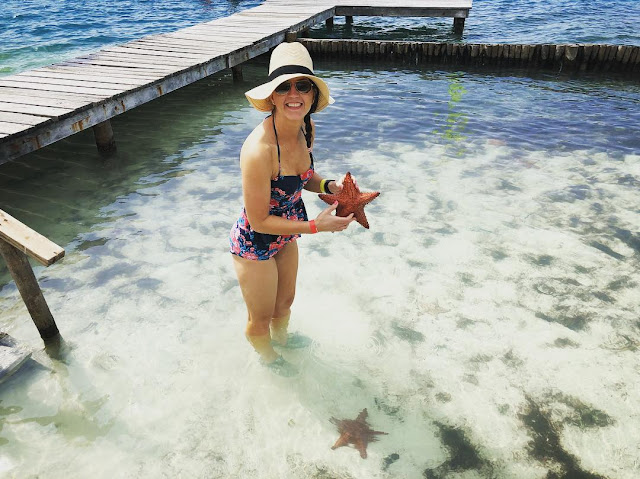 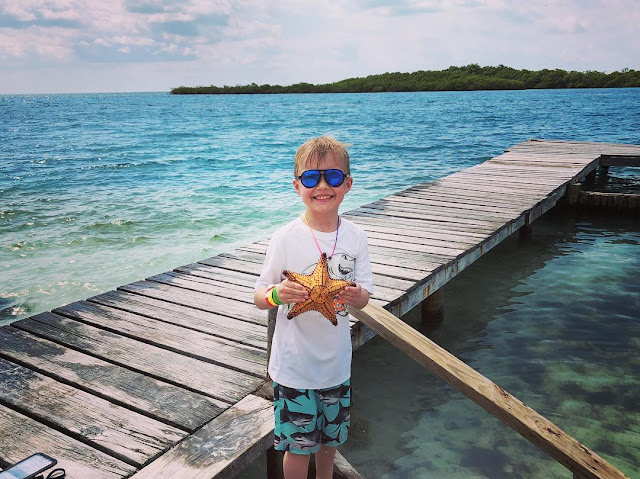 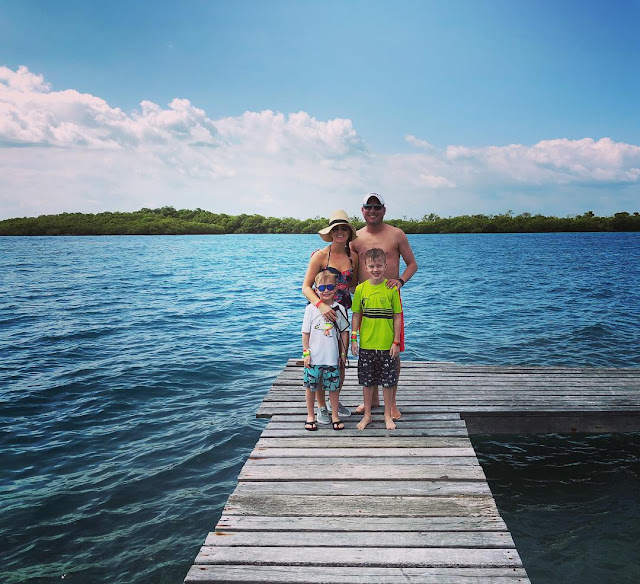 This picture is one of my favorite pictures of the boys from the trip. Here's why. We didn't have any sort of sand castle building materials and they were making the most of the plastic cups we had but come on we were on vacation. Logan asked to go to the gift shop and see if there was anything we could buy--we told them we would get them something at each of our stops, if it wasn't crazy expensive. So I agreed, we walked through it and there really just wasn't much there, except a bucket. I didn't check the price, I kind of just shook my head and said, we didn't need to get a bucket. He was sad. Disappointed. Even a little whiny. He threw a little fit and of course since it was vacation I gave in. I told him that I wasn't sure of the price but that if it was under $10 then he could have it but he would have to take his dad. If it was more than $10, then sorry, it wasn't meant to be. He and Justin went back to the store and he walked straight to it, held it up and asked the nice lady how much it was--he actually only had $8--she said it was $5. Justin said the biggest smile he has ever smiled instantly grew on his face. He whipped out $5 handed it to the lady but Justin quickly reminded him that there was a line. That didn't stop anything, everyone in the line was smiling after watching Logan light up over a bucket that they all just told him to go ahead. He handed over that money and to beach he marched. He was the proud new owner of a bucket. With a rake and shovel. 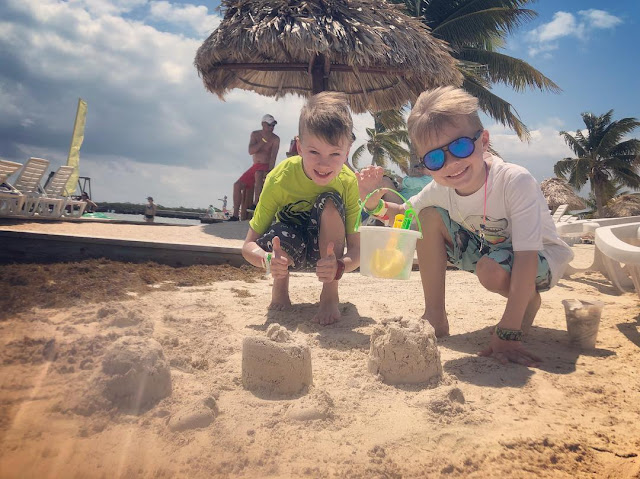 The boat that would take us from the island back to our ship left a little after 1 so we gathered near to ensure we weren't stuck in the bottom of the boat. We lucked out and were able to sit on the very back, it was hot but the view was worth it. Port two was a great success. 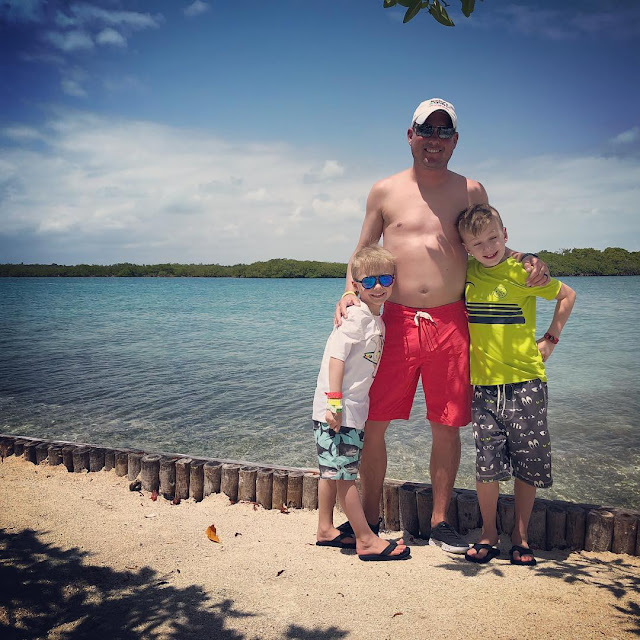 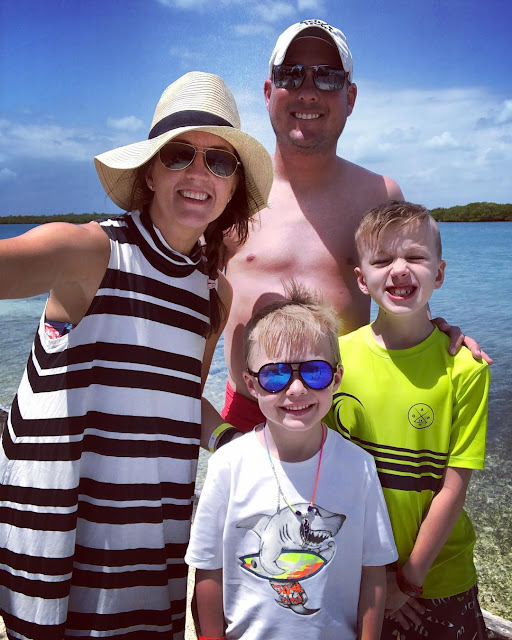 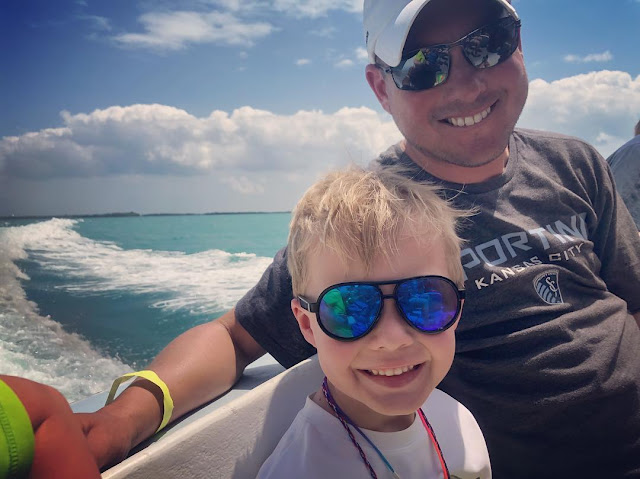 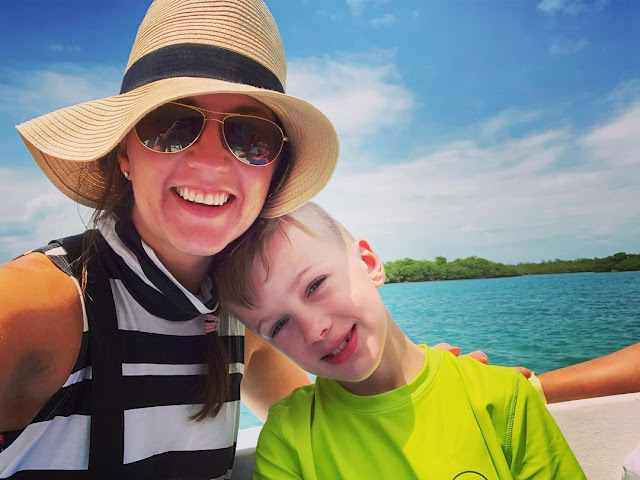 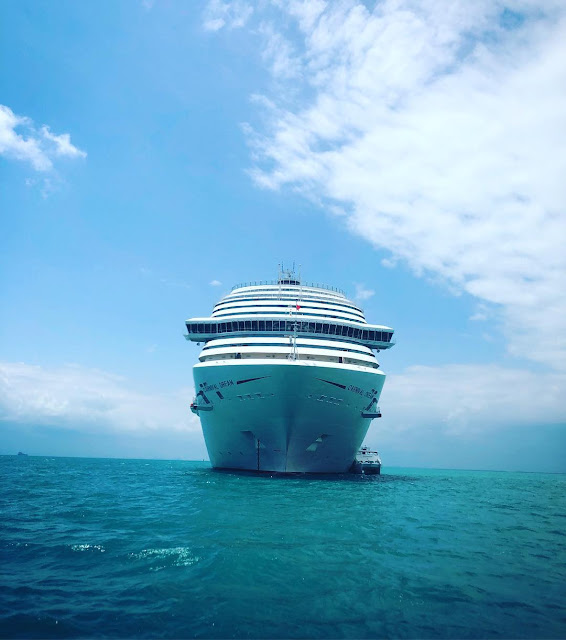