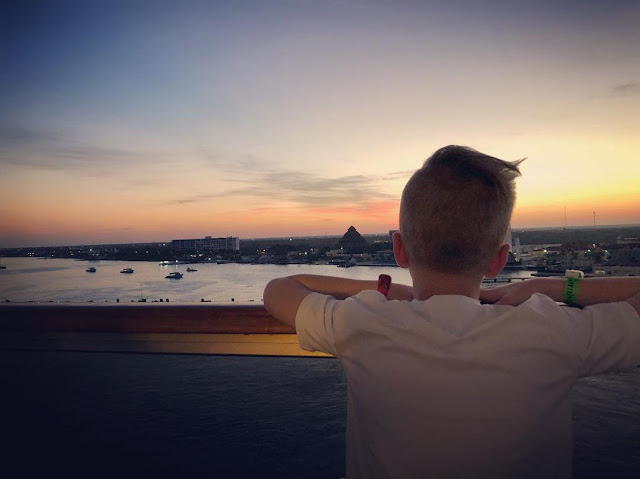 When we returned to our room after having been in Honduras we noticed there had been a piece of paper slipped under our door. CANCELED was written at the top of the paper. I scanned the rest of the document for more information -- the short story, due to safety concerns inland at Cozumel our Amazing River Cave excursion was canceled. The cruise line along with the US government did not want to take any chances when it came to local ferries being attacked due to recent drug cartel turmoil which I can respect so we needed a plan b.

Plan B was Isla Pasion -- it was another beach day but we were all on board. The sand looked soft and the waters were crystal blue. We'd be okay with this and the boys, well, they'd get to use that bucket again and maybe build a real sand castle this time.

We were picked up at the port of Cozumel by another boat and found ourselves on about a 20 minute boat ride to this private island. The private island offered all you could eat and drink, carnival like games for the kids and soooo much sand. It was a beautiful island. 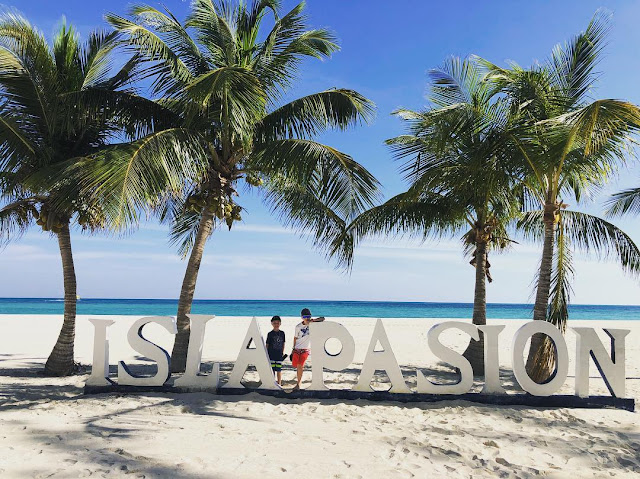 They played in the ocean. 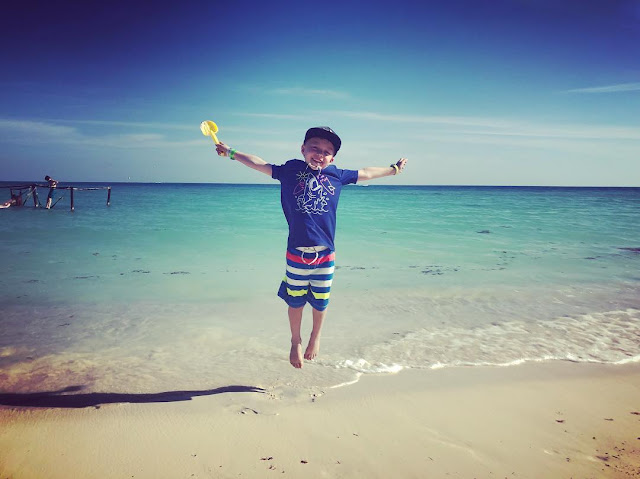 We built sand castles--bigger and better than the day before. 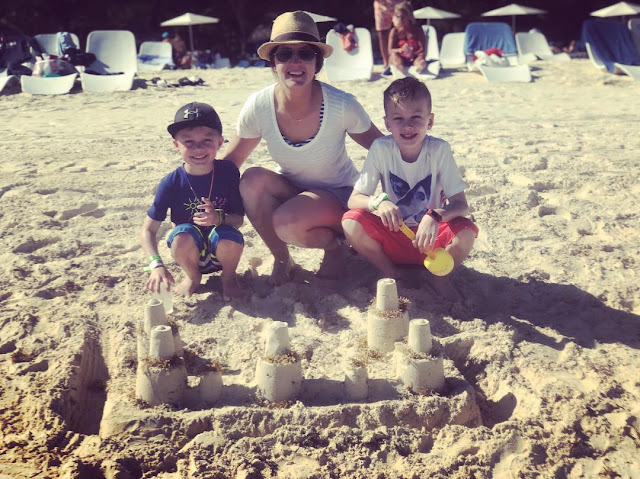 We saw iguanas and swung in hammocks. 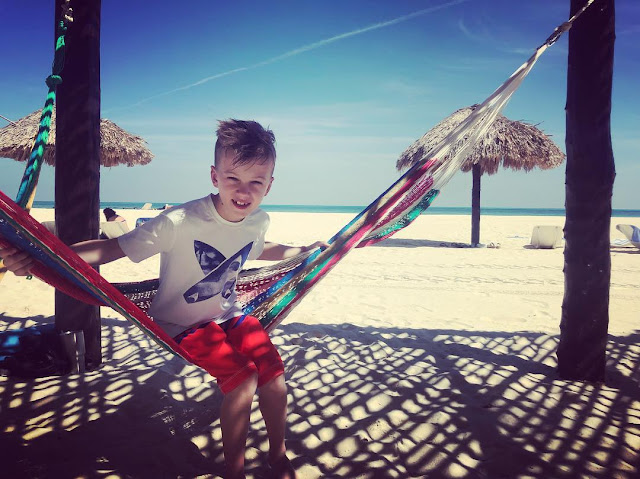 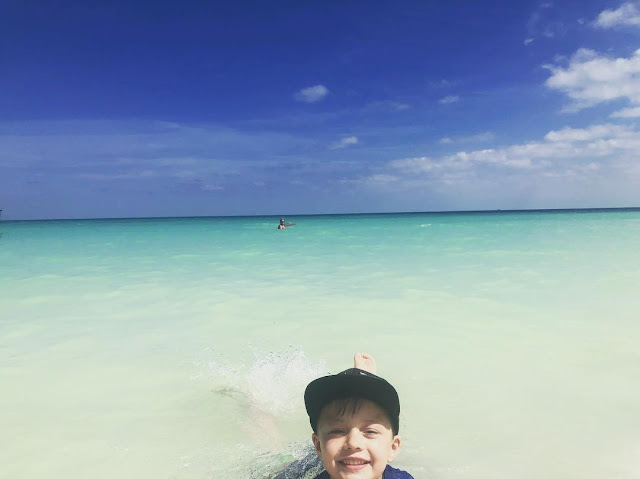 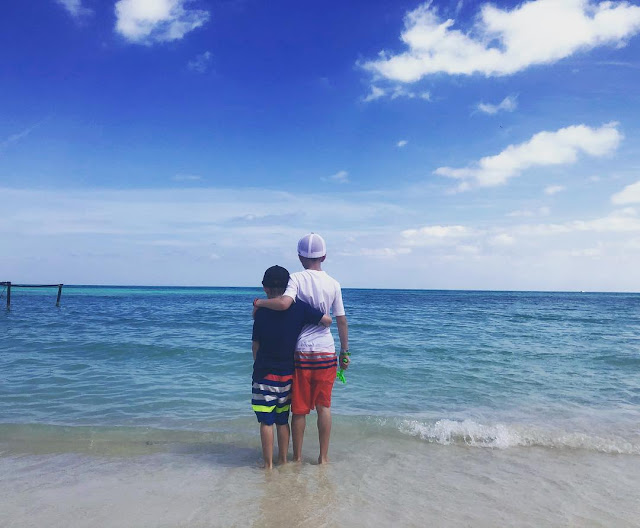 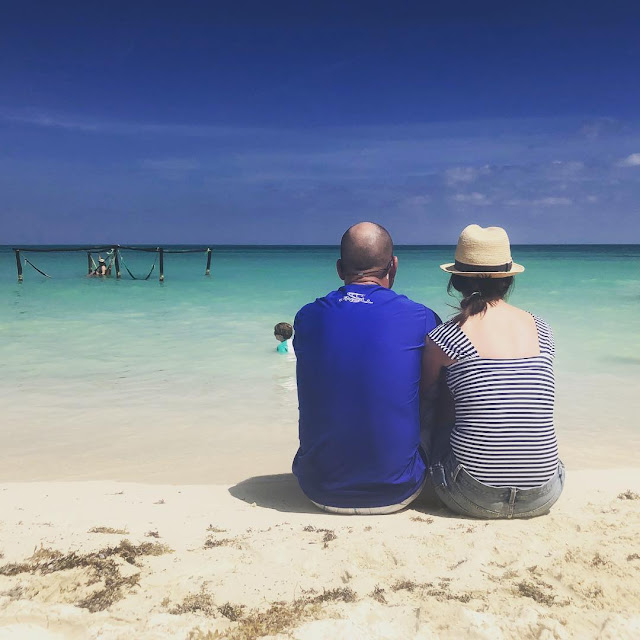 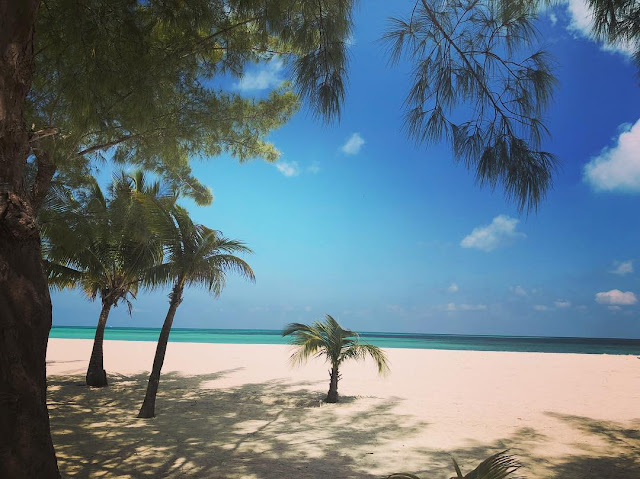 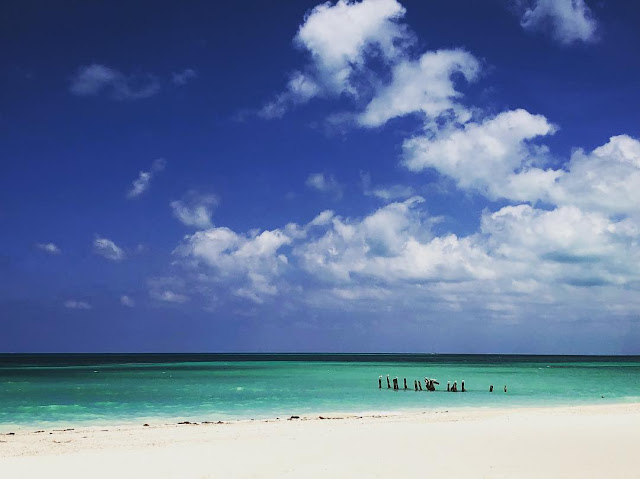 Our time on our little island of paradise had come to an end. We packed up our belongings, handed our bucket & shovels to a family who was arriving and boarded our boat taxi which would take us back to the port. We had hoped to sit on the back of the boat again and one of the crews said we could but the captain asked us and a few others to move inside, which we politely followed his request. It wasn't 5 minutes into the trip and I looked down to this. He's still little enough to crawl into my lap for a little nap. As if the trip wasn't already perfect. 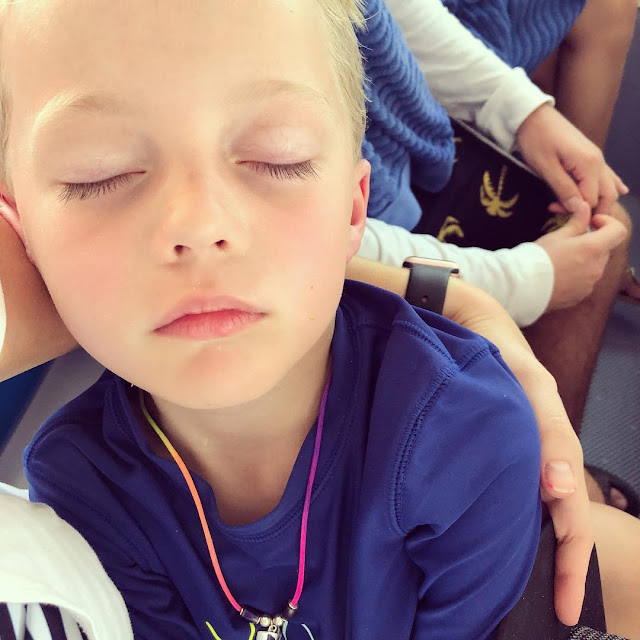 We landed back at the port and decided to do a little shopping. The boys were still on the hunt for their little souvenir but Justin and I had a little something more planned for them. On the boat ride back we sat next to this wonderful family. We have ran into them multiple times while on the cruise. The boys watched them play ping pong and they event help teach the boys how to play -- they were a little older than Justin and I and then probably my mom and dad's age too. Anyways, as we were exiting the boat taxi, they stopped to tell Justin and I how wonderful the boys are. How they have been the most polite boys each and every time they have seen us. How they have given them a new found hope for the younger generations and that we should be proud as their parents.

We walked up to Del Sol & the boys minds were BLOWN by the magic. They both found a shirt that they wanted and then I suggested they get a hat too -- I may end up wearing the hat at some point, they are pretty freaking awesome. The excitement of the magic NEVER wore off. 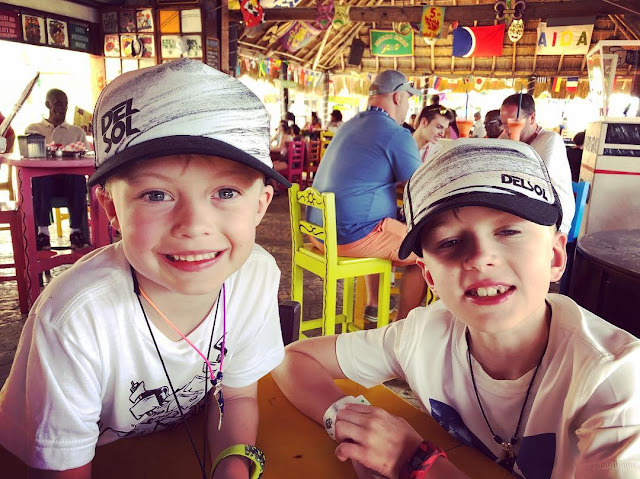 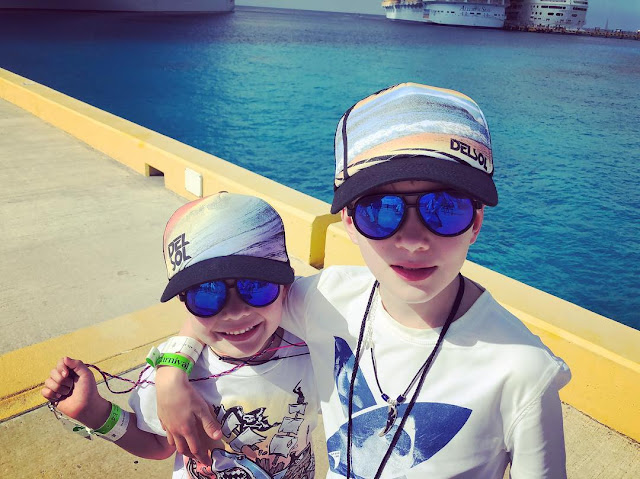 We were loving our time in Cozumel but sadly, it was up and it was time to board our ship and head back to New Orleans. We took one last picture with our ship behind us -- it's been a great ship to us these past few years and we look forward to future voyages, if not on the Dream, definitely with Carnival. 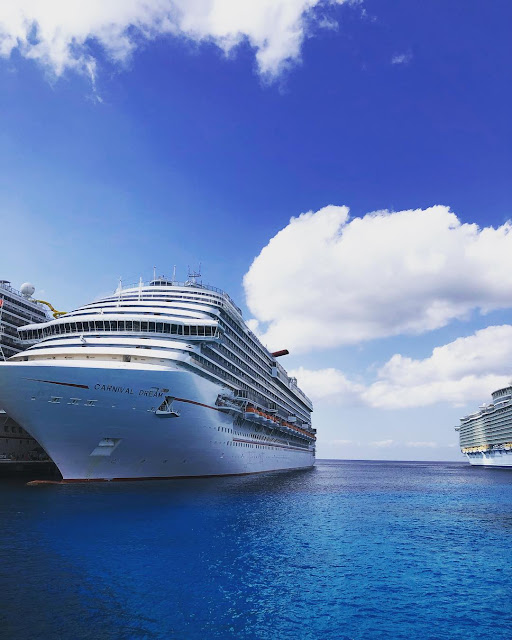 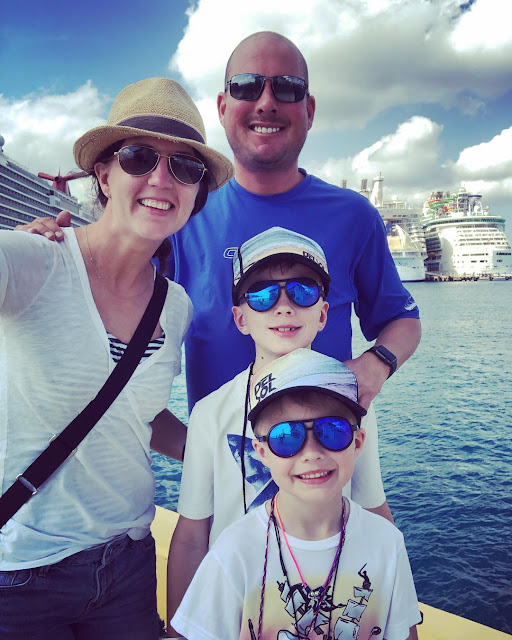