Last year on our cruise we had one day at sea before reaching out first destination, this year, we had two days at sea. We love living in KC but this winter has been especially gloomy and we were ready for some vitamin D. It's amazing what a little sunshine can do for your attitude and overall health.

The boys got up, got dressed, had their breakfast and were sitting waiting for the slides to open at 9 am. Logan had two goals for the trip -- the first, he would complete 20 trips down the drain pipe and the second, he was going to try and eat as many ice cream cones as his trips down the drain pipe. He started off pretty strong---even managed to get me to go down each of the slides. 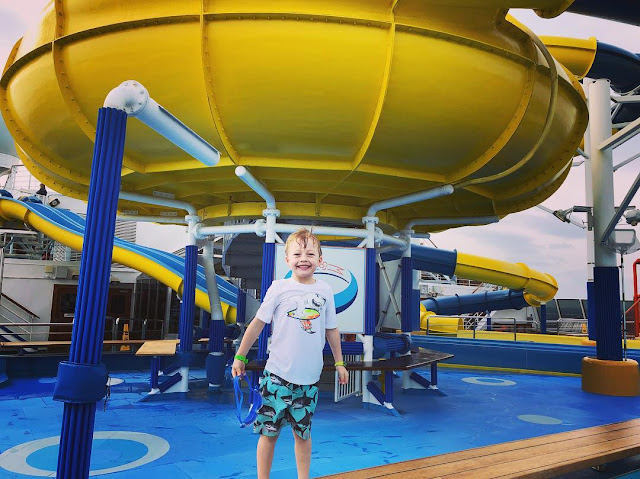 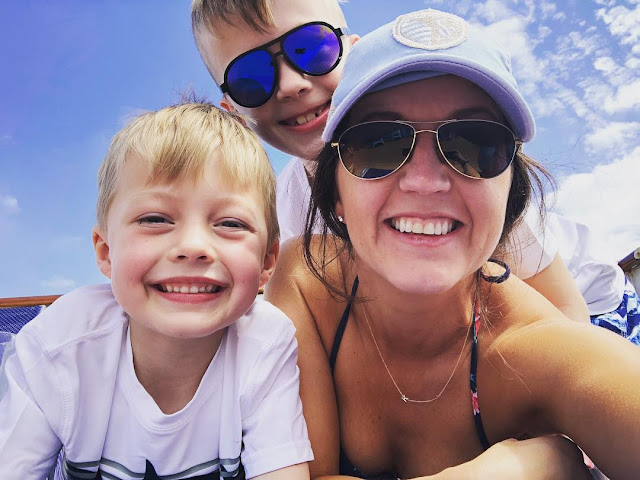 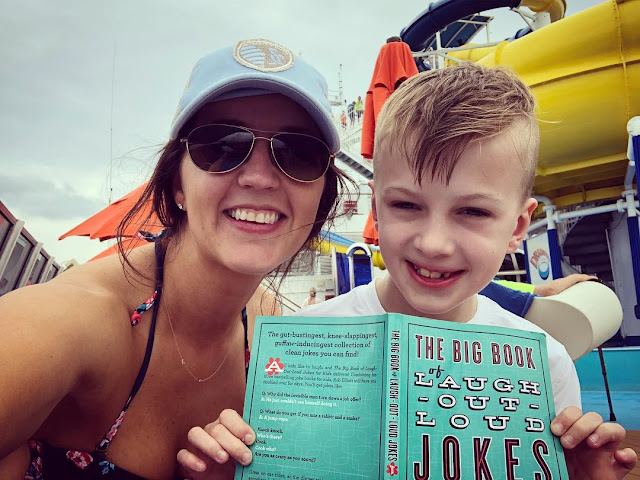 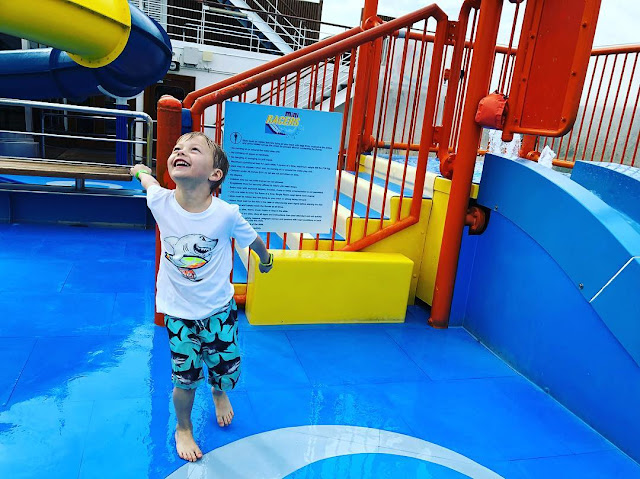 Since this wasn't our first cruise rodeo with the boys we kind of had an idea of how our days would look. We would spend the morning and most of the afternoon at the main deck--Lido--and then we would venture back to the room about 3ish and rest. We would take this time to get everyone showered and ready for dinner and anything that may come after that. The first full day at sea was the Captain's Dinner which was one of our formal evenings.The boys, well, they wore the same exact thing they wore last year. Same shirt. Same pants. Same bow tie. Same jacket. Same shoes. However, this year the pants nor the jackets needed to be rolled. 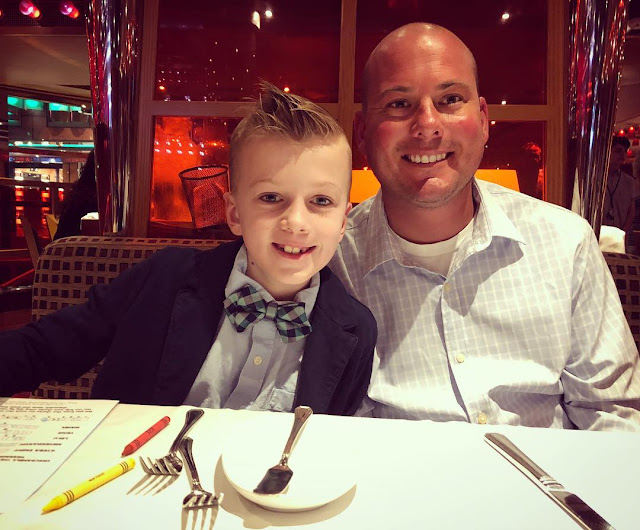 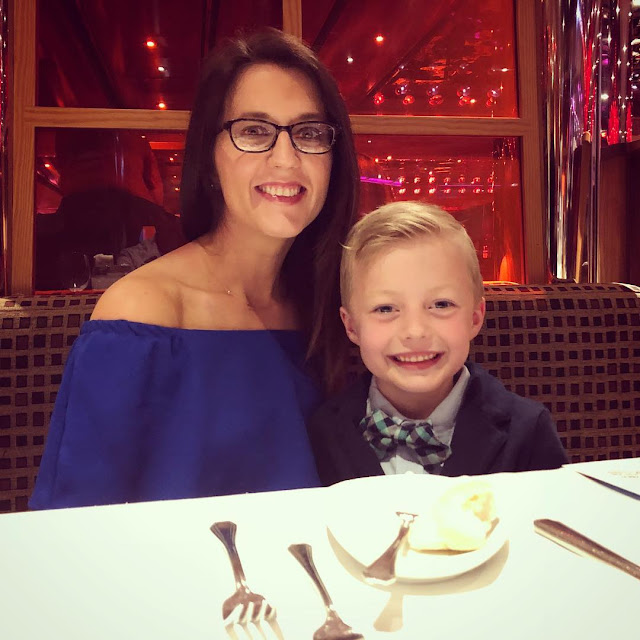 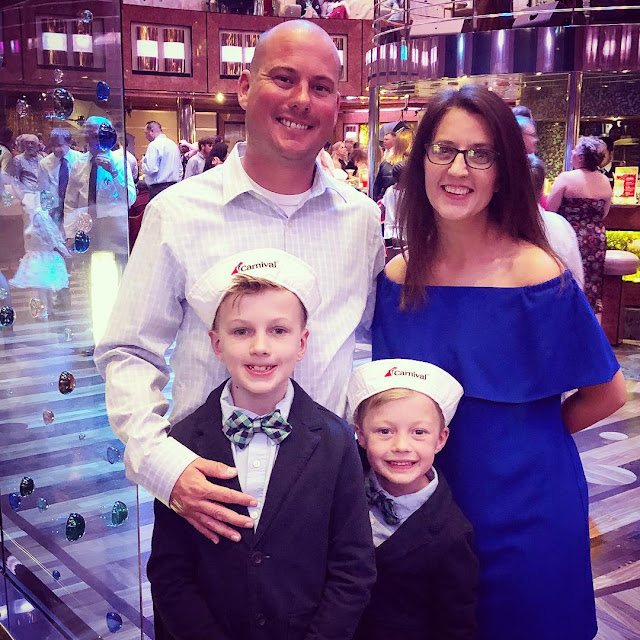 Last year we were all completely wiped by the time dinner was over and we would find ourselves in bed by 8:30 or 9, not this year. This year each night we took in the 7:15 performance by the ship's entertainment crew--definitely a highlight of our time on the boat. Not only where they exceptionally talented but it was very interactive and the boys LOVED getting up and dancing to the music and singing along to the songs they knew. One evening the theme was America Rocks and they handed out bandannas & glow sticks -- boys were rockin'. The last evening was Lip Sync Battle -- yes, the Jimmy Fallon version -- two guests had competed earlier in the week to compete on stage for the finale and not only did they lay it all out on the line but the crowd was so supportive. The boys couldn't stop talking about it. I didn't want to stop hearing about it.

We played mini-golf two to three times a day on our sea days. We watched the 10:00 showing of The Greatest Showman at the Dive In Movie, we ate popcorn, we played in the arcade, we ate cheeseburger after cheeseburger and ordered Cokes and Fantas like they were going out of style. 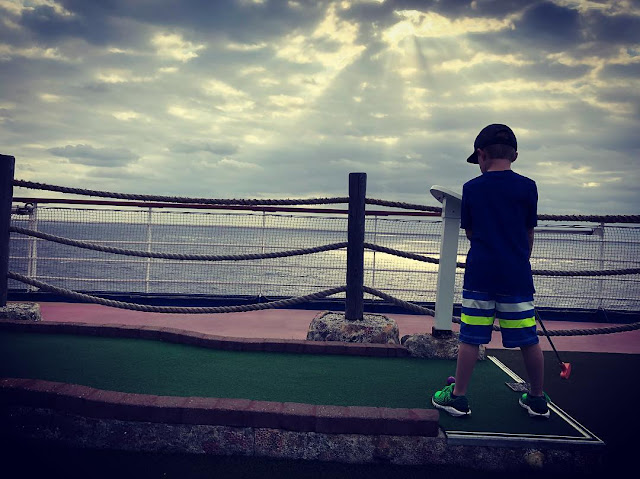 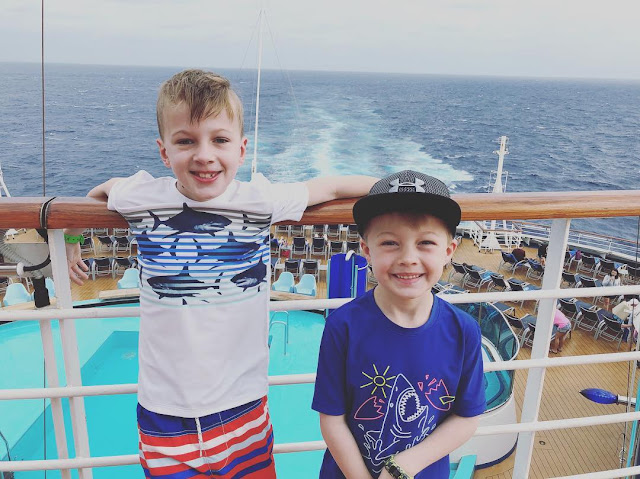 And we ate ice cream--Logan finished the trip with 16 ice cream cones--not too shabby for a boy who doesn't like sweets. He may get a lot of things from his momma but this is DEFINITELY not something he got from me, this momma loves her sweets. 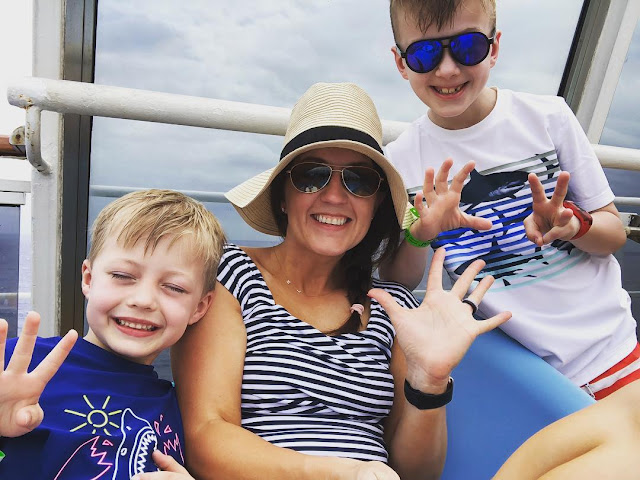