Our last day at sea was not only Breakfast with Dr. Suess and St. Patrick's Day, it was also Justin and I's 10 year anniversary. It's crazy to think that we've been married for 10 years and that the boys are 8 and 6, almost 9 and 7 but here we are. We're pretty blessed.

So, yeah, we ate breakfast with Thing 1 and Thing 2--Cat in the Hat and Sam I am came along too. 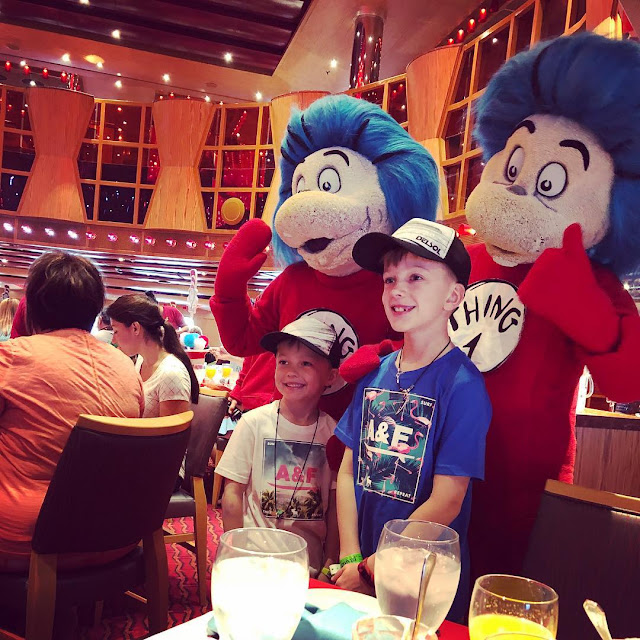 The boys enjoyed the slides for one last day -- even got Justin and I on them a couple more times. I played mini-golf one on one with each of the boys. They played more ping pong but we ended up calling it an early day at the pools -- it was hot and we were all pretty cranky and Logan got a bloody nose from not paying attention and hitting his head on a railing. We didn't want to force more sunshine so we didn't. We spent the afternoon resting & then took in dinner out by the pool where we watched Ferdinand--one of our favorite movies as of late. Oh and one last ice cream cone for Logan. 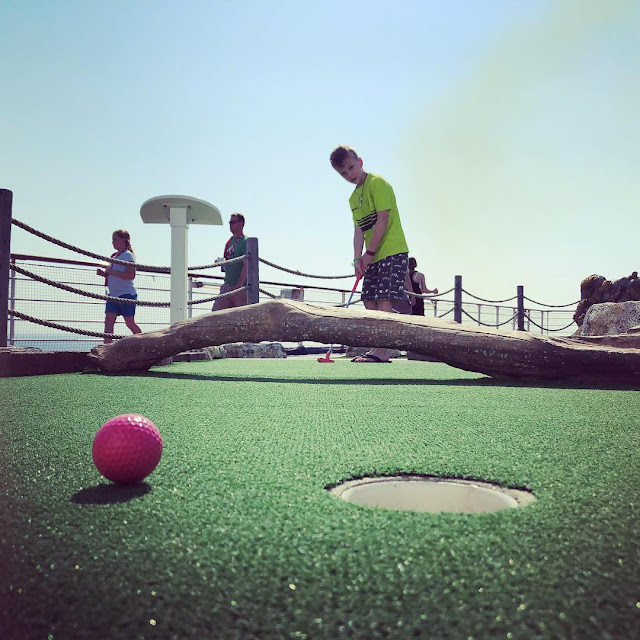 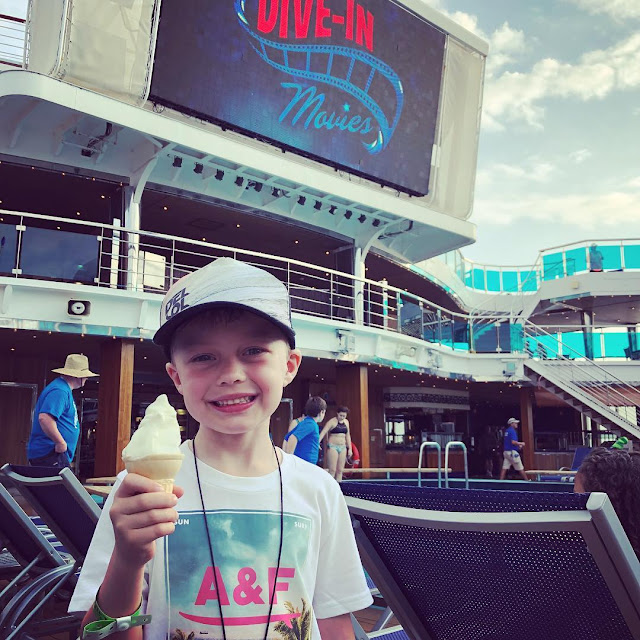 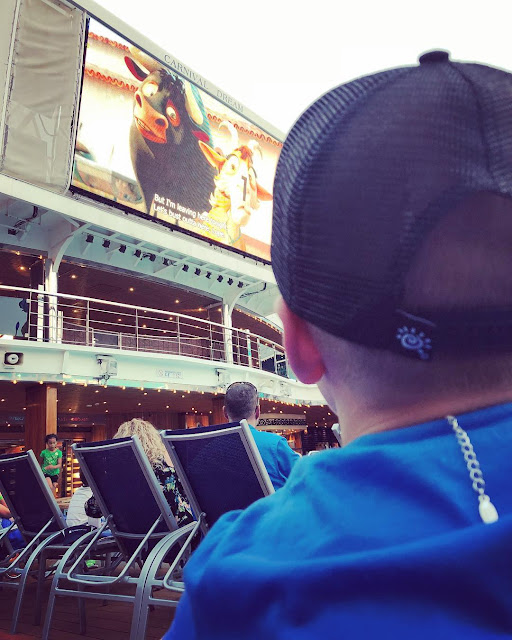 We were up Sunday before the sun even came up. We had a flight before noon which allowed us to be among the first to get off the ship. The catch, we had to carry all our luggage on our own. The boys were troopers-especially Kaden-and we stepped off the ship about 7:30 and we were on our way home. A quick layover in Dallas--where we got to see Derrick Johnson--and we were home by 5. The entire ride home the boys talked about how much they missed Gus and Stoli and how Stoli was going to be happiest to see Logan since she sleeps with him now. I'm not sure who was more excited, the dogs or us. As great of a time we had, it was still nice to be home. 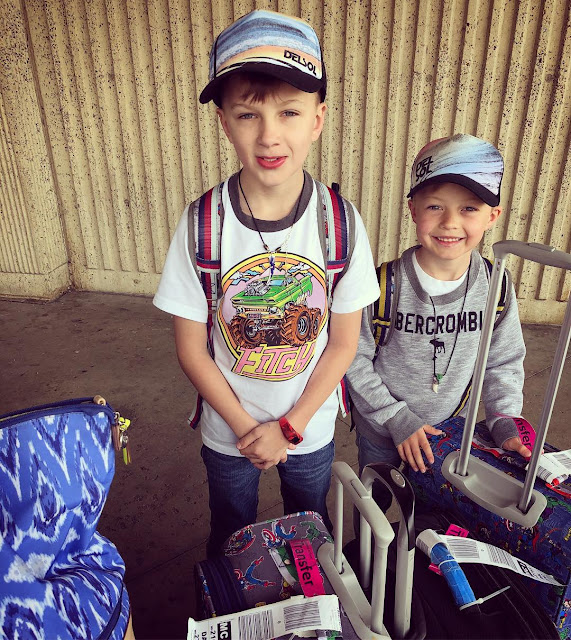