Well, I completed another year around the sun & 35 was actually pretty damn good. Not too much to complain about--healthy family, happy kiddos, wonderful friends. Memories were made--some of the best we've had yet too.

If thirty-six is half of what thirty-five was, it will be a good year.

Most years I celebrate birthMONTH. Friends and family get to hear all about it from February 1st through about the middle of the month. We already had plans for my actual birthday as the boys and Justin bought us all tickets to the MU game in Columbia against Mississippi State. So Saturday was planned but I wasn't sure what else I wanted to do to celebrate, I just knew I wanted to something for me. Something different and something fun. The tricky part--the boys were out of school, they are always out of school around my birthday for teacher conferences. This is seriously the third year in a row. So I did what any person would do, had my MIL watch the boys on Thursday and then my mom came to down and watched them on Friday while I worked and then took off to the spa to relax with my dear friend Jenn. It was long overdue.

Jenn and I ate at Trezo Mare for lunch before heading next door to the Spa at Briar Cliff. We arrived, changed into our robes and gossiped a little in the lounge before we were both called back. When I got into the room she went over what I had scheduled -- Jenn had scheduled them for us -- she said I had a 90 minutes massage with hot stones. EEK. I've never had hot stones before but this was the day of YES so I went for it. And let me tell you, I LOVED it, won't be my last hot stones massage.

After the massages we hung out & then we got ready for dinner. Since we were already downtown we just met the group at the restaurant. I chose The Westside Local since it was close to where we were looking to go afterwards and it was new to Justin and I. Plus I am on a cleanse and it had some clean options for Justin and I and a couple of our friends to choose from. Delicious.

Dinner was over and the real fun was about to begin. Anyone that knows me, knows that I am not a huge dinner and hang around type of girl, I like to be doing something. I had seen something about axe throwing & thought, why not. Who doesn't LOVE throwing a sharp object at some board. Talk about therapeutic.

So here we were at Blade & Timber down in the West Bottoms all in our flannel glory. 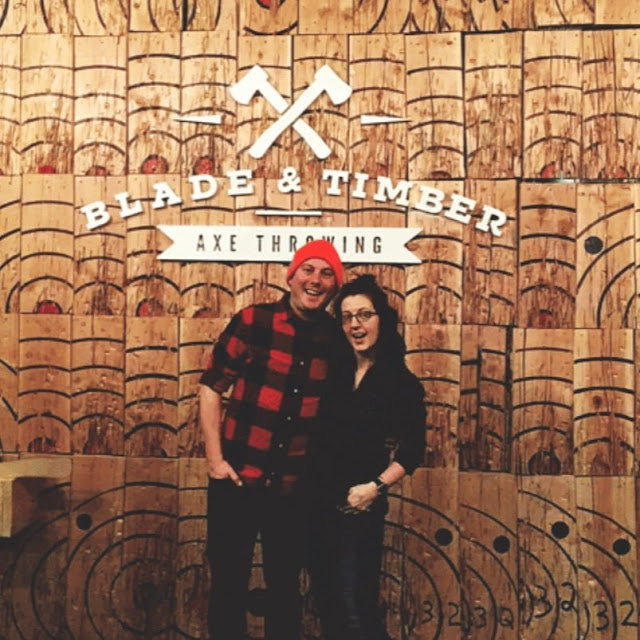 They have an instructor come and show you how to stand, how to throw and then once you throw the axe they will move you around so that when you throw it again, you hit the target. He showed us a few different ways to throw the axe and then we were off on our own. We played the first to 50 with Alyssa taking home the win and then a game of BLADE, think Horse.

It was easier than I thought and honestly, the gals did better than the guys because the guys were trying to be all macho and manly and throwing it rather hard were the girls weren't. 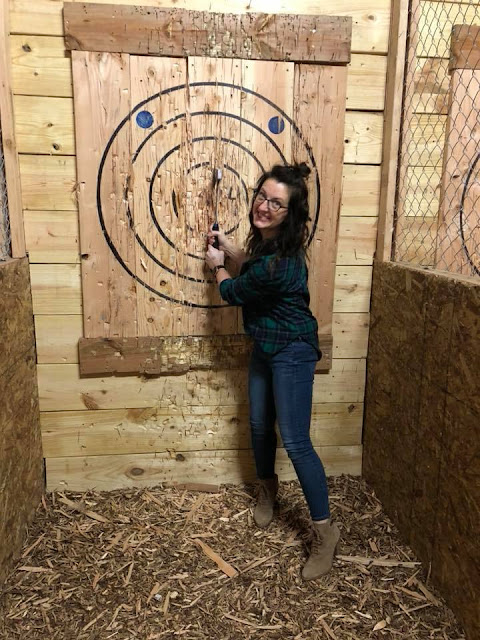 I love when friends you have had forever mesh well with the newer friends in your life. 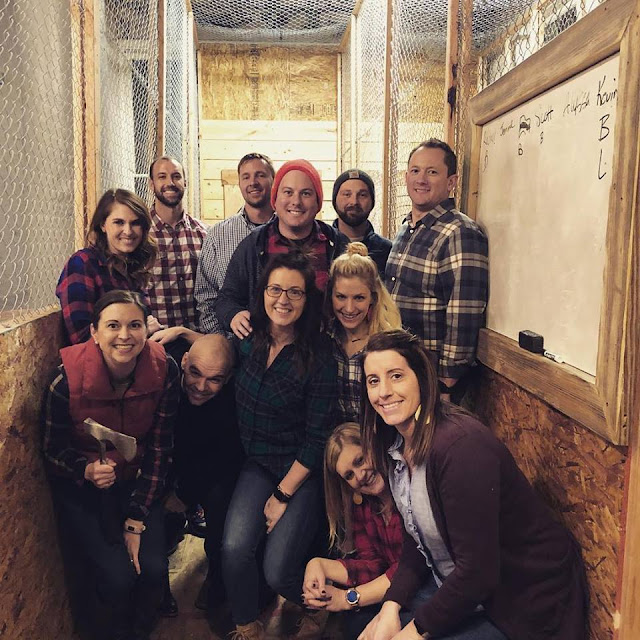 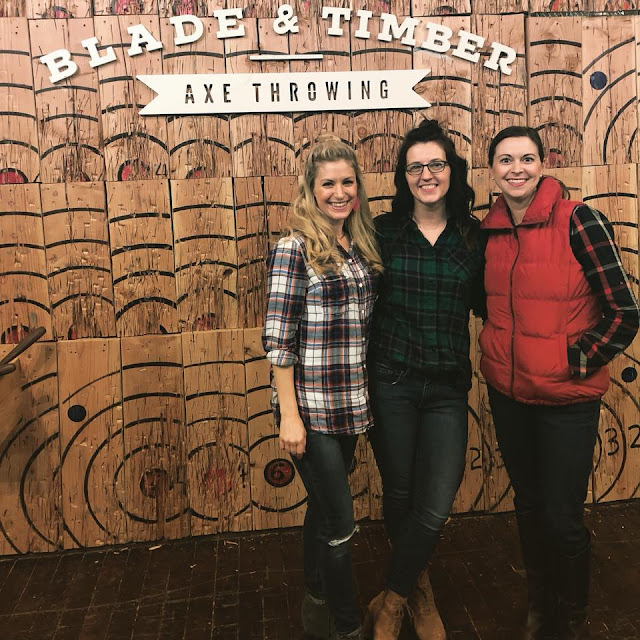 And since we were on a cleanse, we weren't looking to go out afterwards so we were home by 10:15 and it felt so great. Especially since we had to get up and be out of the house by 8 the following morning. The Souths were headed east. 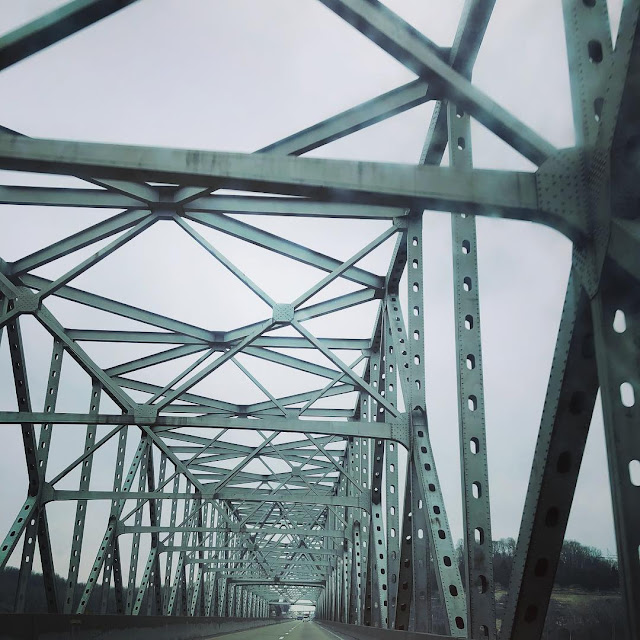 Our first stop was in Roche Port to see Justin's Aunt Barbara. The plan was to meet her for brunch but with the weather being a little yucky she chose to make us lunch -- it was divine. We visited for awhile and then we jumped back into the car and off to Mizzou Arena we went. We found relatively easy parking and had a fairly easy walk even though the wind was in our face. 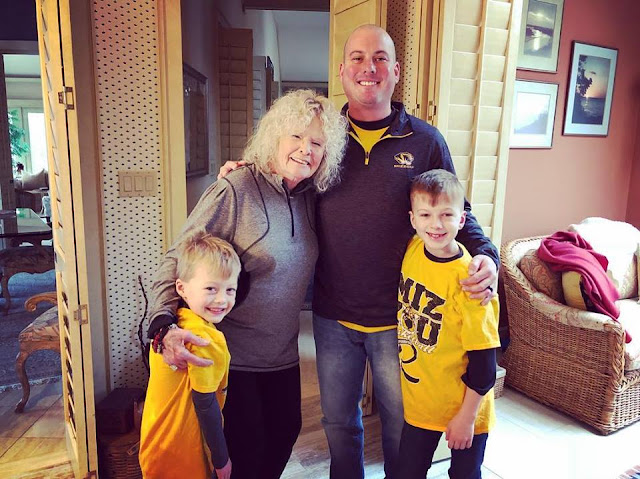 Before finding our seats we made our way down to the court to grab a picture of the boys. This was not only the boys' first game and my birthday but it was also the Rally for Rhyan game which is a little girl who is fighting cancer and WINNING. This particular game not only raised awareness for pediatric cancer but also over $60,000 too. 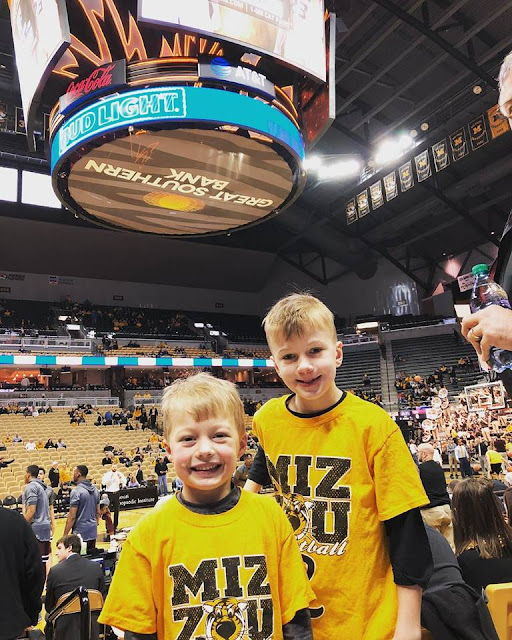 Eleven years on my birthday, while at dinner in Roche Port after attending a MU basketball game, Justin proposed. I remember driving back to KC that night and listening to him talk about this little boy sitting in front of us with his dad at the game. How he kept looking at them and thinking how great it will be to take our kids to a game at MIZZOU arena someday. Well, today was that day and it was better than anything we had pictured. 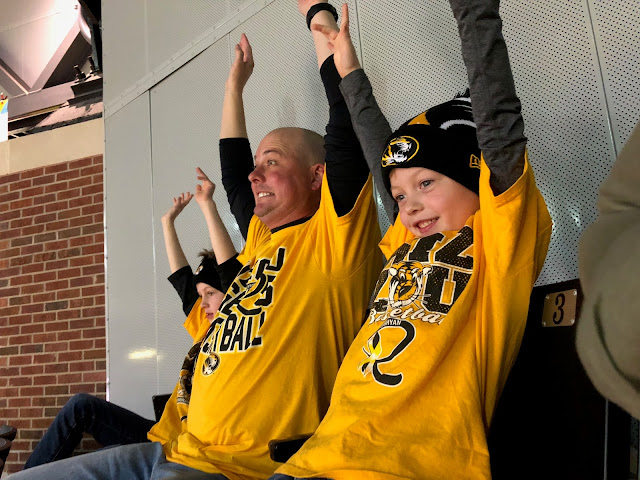 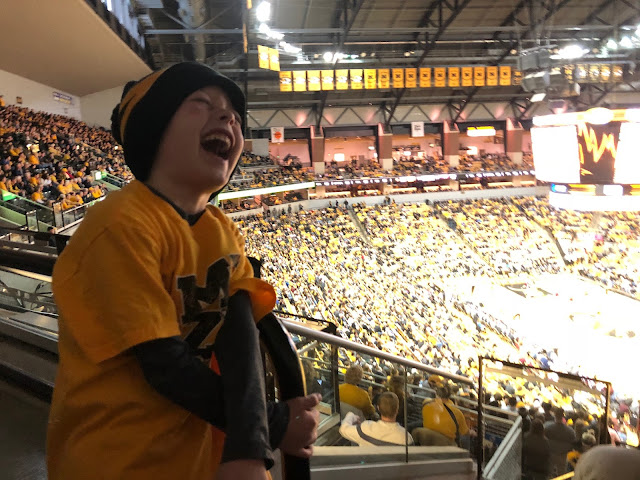 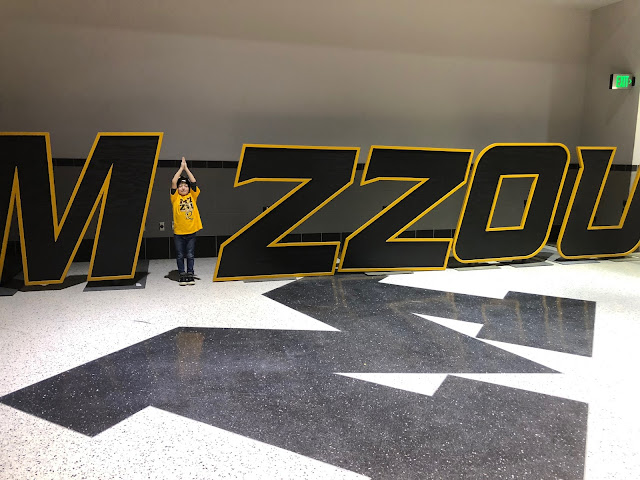 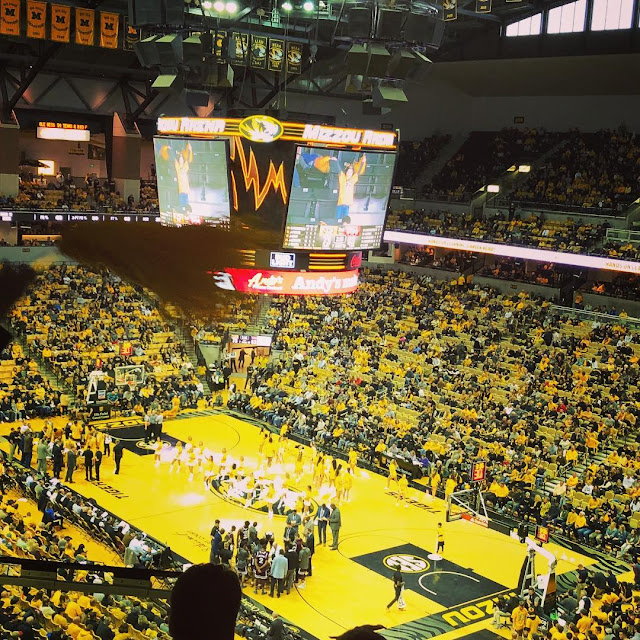 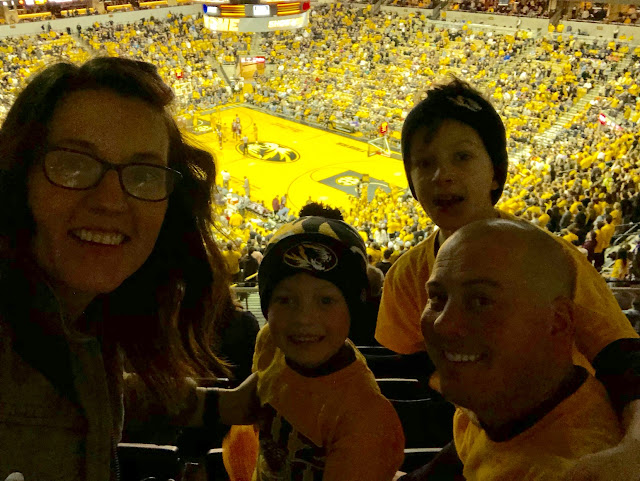