What's a bottle project you ask? You aren't alone.

Kaden, and the rest of the 2nd graders at CCE, were assigned a history maker bottle project. Basically they would spend in classroom time researching and studying up on a famous person of history & then create a "doll" out of a 2 liter soda bottle which "resembles" that said famous person.

I immediately thought to myself how this seemed to be more of a parent project than a student project because of everything that it would entail. I mean, we are talking about painting a head, giving this "person" a face and hair, creating clothes from lord knows what--I'm not sure my high school self could have done this on my own. In the end, I knew I would be playing a major roll in this creation.

First, I had to find out who Kaden had. Abe Lincoln.

Okay, we could work with this. Tall hat, black and white clothes and a tie. Simple enough. I picked up some supplies that I thought we would need over lunch one day and then one evening we sat down and started going to work. I was determined to have Kaden do as much of this project as he could on his own. I mixed the paint, he pained the head. 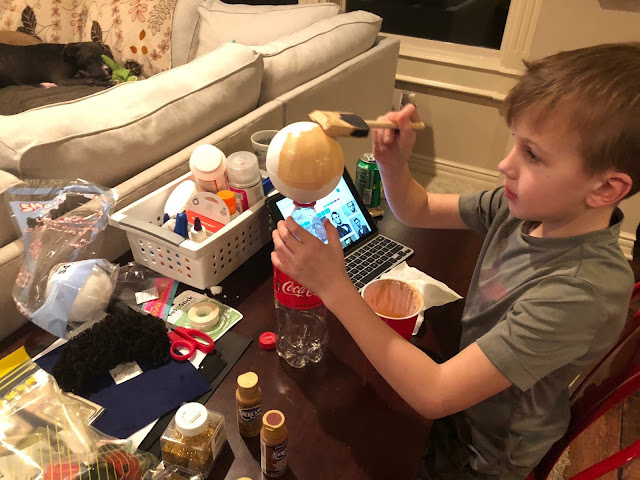 I drew a template for the Abe's beard, he traced it and then he used scissors to cut it out. I figured it would be easier to use sewing tape vs. hot glue and I actually already had some on hand so Kaden was able to cut them to size to help secure the doll hair to his beard. 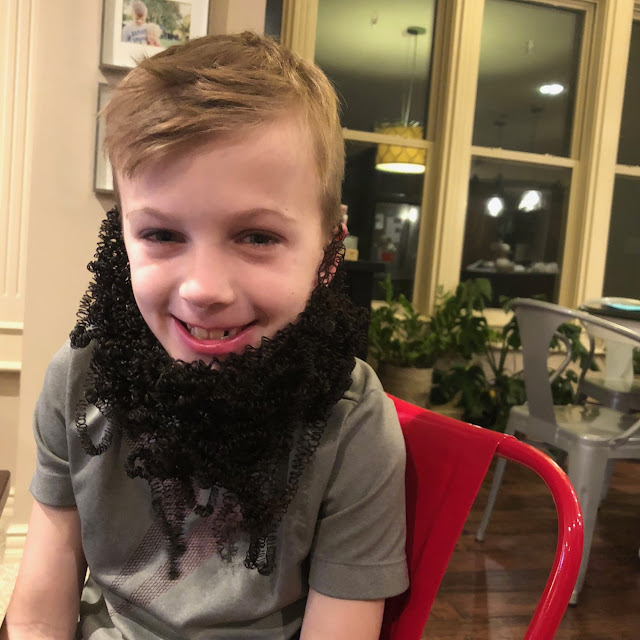 I also found a hat while shopping for supplies. It was a derby hat and not really the right shape so Kaden add a little height to it by cutting a new topper out of some foam board.

And then we rested. Honestly, we started early on this project because I knew it would take us a number of days since Kaden doesn't always have the attention span needed for longer projects.

A couple days later Kaden added the rest of the hair to his head & created a white shirt and a black vest from felt & then a bow tie from a handkerchief. Using the templates that I drew and again used the sewing tape to secure it all together. Now all he needed was a jacket. & a face.

I wasn't sure how we were going to create the jacket. I can't sew worth a lick & creating "arms" had me all flustered. Kaden kind of draped the other handkerchief around the bottle and you know what, it looked pretty damn good just like that so we went with it. 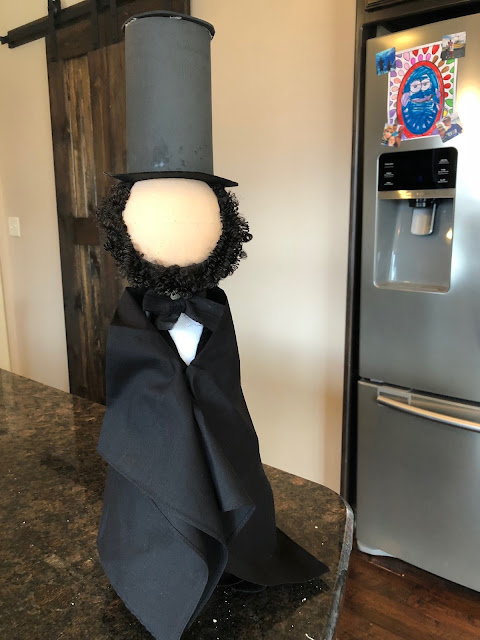 And had it been up to me, we would have left his face blank but Kaden wanted to add a face and he did. I suggested adding some black to the lips and then smearing it which he did but then he wasn't happy about it. Oh well, we win some, we lose some. All in all, I think Kaden enjoyed our little project together and he actually ended up being able to do more than what I had initially thought, then again, we weren't using the hot glue gun. 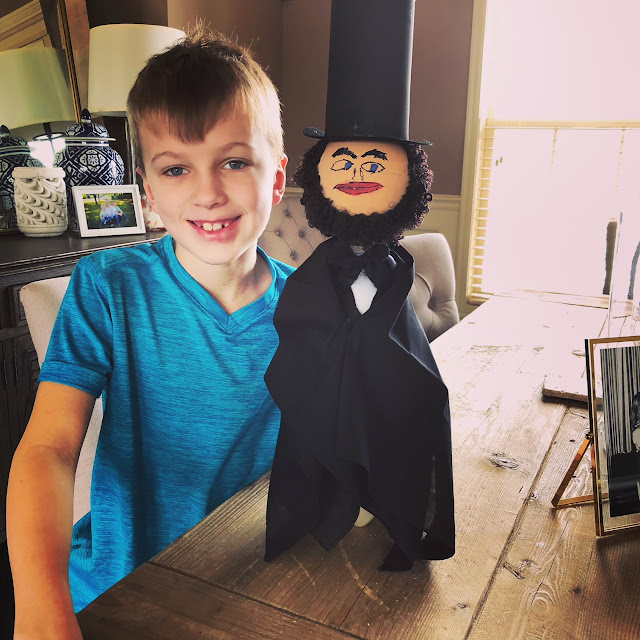 Fingers crossed good ole' Abe come home in mint condition and we can do a little recycling next year when it's Logan's turn! ;0)