A holiday weekend at HOME

Martin Luther Kind Day was coming up and not only were the boys out of school on that Monday, they were also out the following day too. I had Monday covered since I don't work on government holidays but not Tuesday but I took a vacation day and decided the boys and I would head south to invade Grandma Sara and Papa Tom's house. They didn't get near enough of us over the holiday...

The both won their basketball games for the day and we took off. Enjoy your free time Daddy. 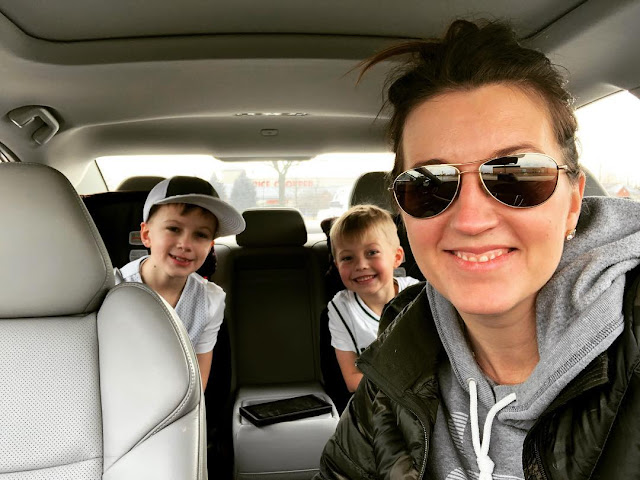 We got down to my mom and dads just in time for dinner -- somehow I manage my time so that our arrival and departures are always timed around food. I mean--it's home cooking, my mom's home cooking at that.

We had ZERO plans for the few days we would be at my mom and dad's. We had to get in to see Papa Richard, we would go to church on Sunday with my parents and if all worked out, we would look at catching a movie. This weekend was about rest and relaxation.

We did another puzzle--actually two. 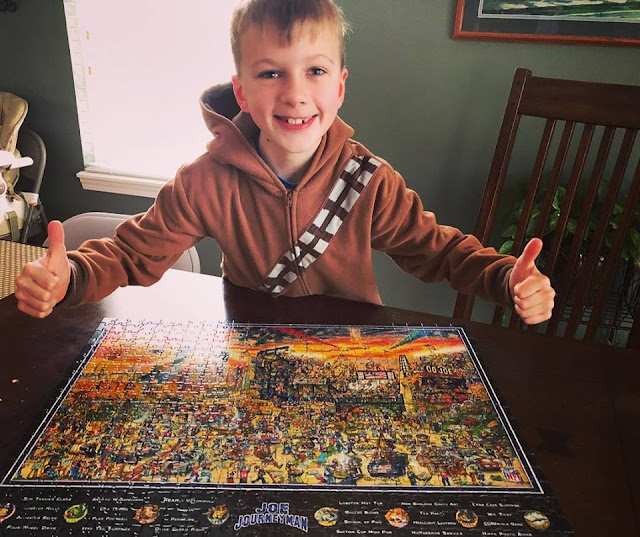 The boys taught Grandma Sara how to ride on their hover board. 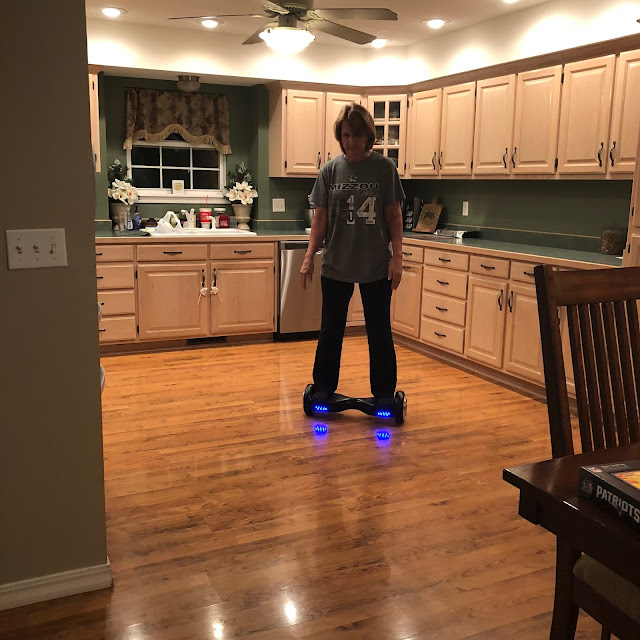 It snowed so of course they wanted to play in it but that meant Papa Tom and I had to run to Walmart to stock up on snow shoes & some warmer pants for the boys & Madison. We happily obliged and off they went with the dogs, Papa even gave them a ride through the snow in the golf cart --- I stayed in and watched from the window while I sipped on some hot tea--well, after I snapped these. 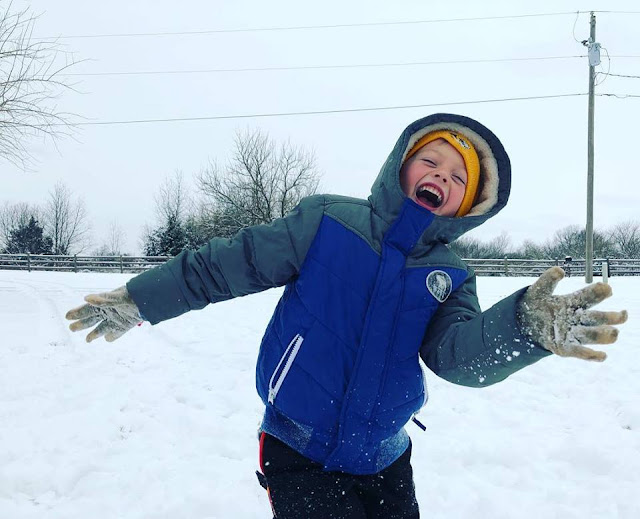 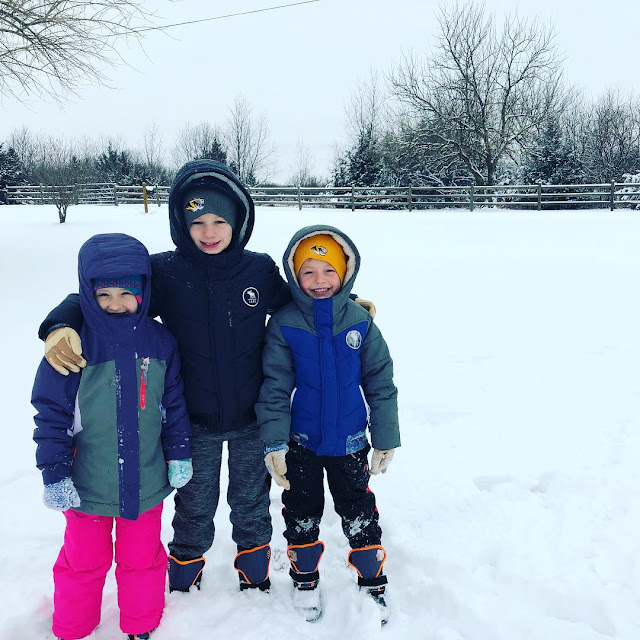 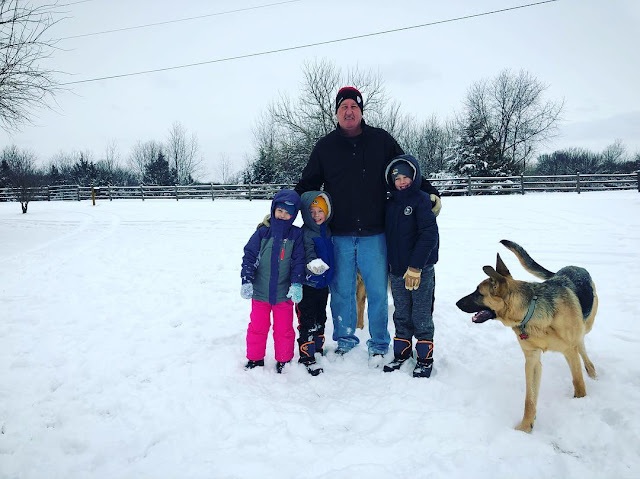 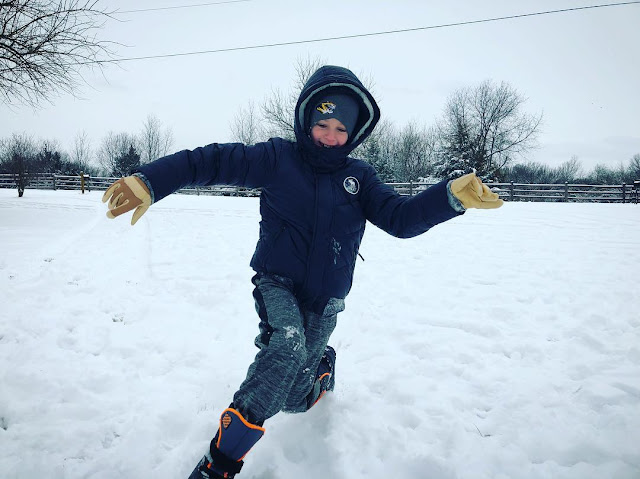 Miss Madison stayed over and the baked a giant cinnamon roll. We also learned that Logan has a little trouble saying cinnamon. I think it's pretty cute. He doesn't seem to agree. 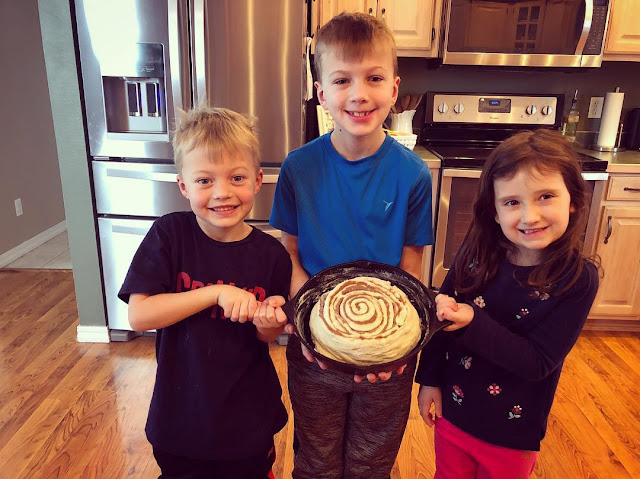 It was opening weekend at the box offices for Paddington 2 so after a snowy start to the day we loaded up in Grandma Sara's car and we all headed to the movies. Paddington 2 was just as cute as the Paddington was but Madison had nothing to compare it to since she hadn't seen the first one yet. Well that was about to change because when we settled in for another movie and popcorn in front of the fire Paddington was on. Grandma Sara was glued to the screen just like her three littles.

Before we knew it, Tuesday morning had arrived and it was time to say our goodbyes and head back to KC to bring Gus home. He had been away at doggy school for two weeks and we were all so very excited for him to come home. Logan wanted one last picture with Samson--he's part horse! 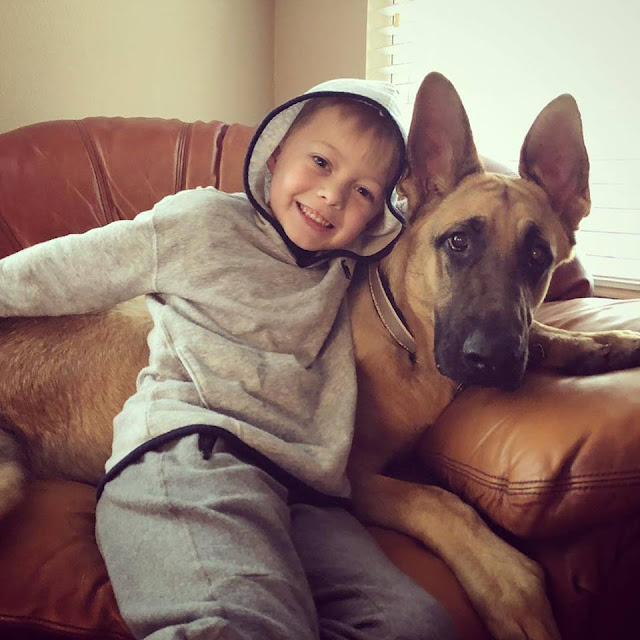 And Kaden wanted one last hug from Grandma Sara -- we are so lucky that she's ours. 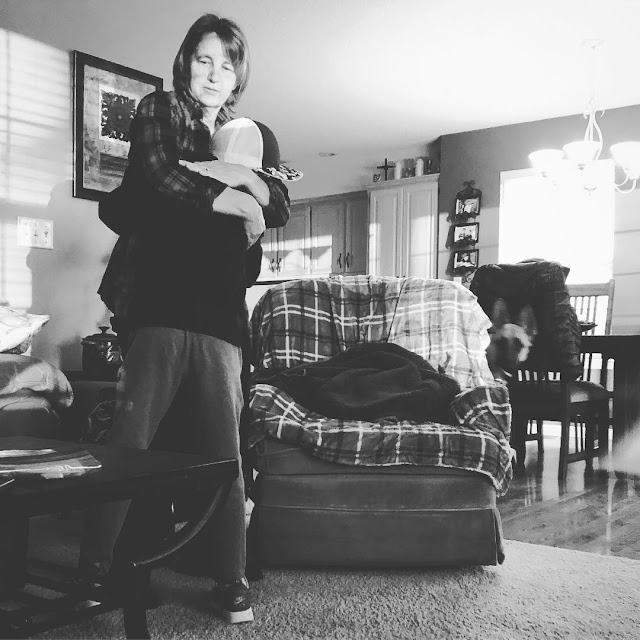