New Years Eve had a little bit of a different ring to it this year. We typically spend it with our wonderful friends the Berbs and Walshes but with a new puppy we knew you wouldn't be able to stay the night anywhere so we decided to keep it kind of low key. We planned on getting together with a few families from school for the Chiefs vs. Broncos game--one of the dads is originally from Denver & then we were just going to stay in. 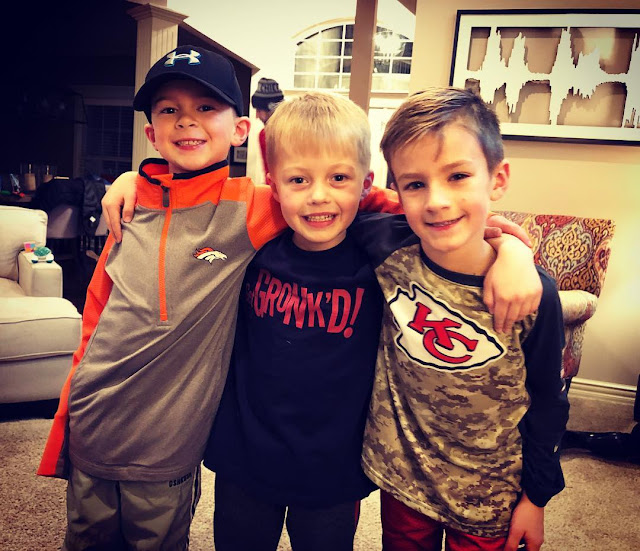 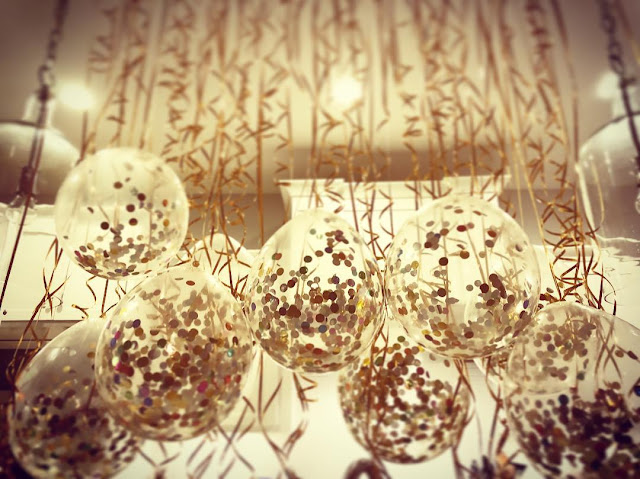 That didn't last long, our other good friends, who live right around the corner, decided to plan something simple and small. Everyone had every intention of being home and in bed by 10 or 10:30 but the evening just kept going. The men were all in the garage teaching the boys poker while the girls were inside painting our favorite memory from 2017. 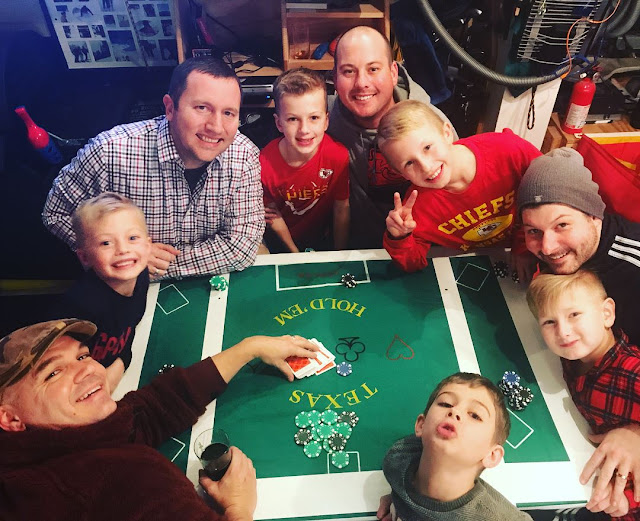 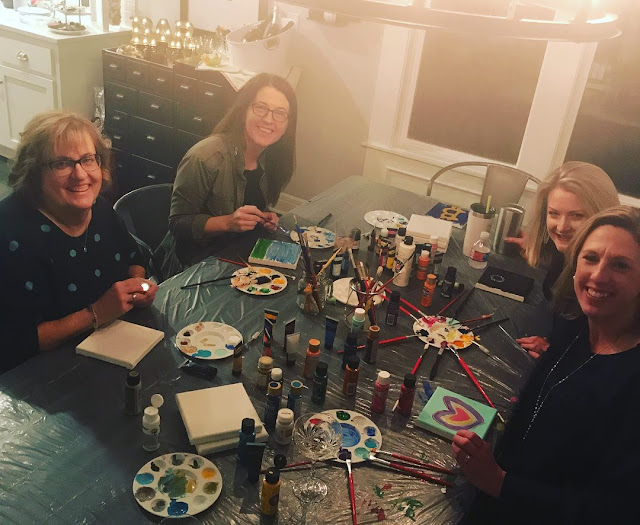 The kids were all playing so well together that when 10:00 came, it didn't make sense to leave. We figured we would head home as soon as the boys couldn't figure things out on their own but that just never happened. So as the boys played Xbox and watched movies in the garage, the adults played What Do You Meme? --think Cards Against Humanity except with memes. I don't think I have ever laughed so hard in my life and it didn't matter that we barely knew two of the couples (also in the neighborhood), it was just a great, stress free evening -- thanks to the kiddos who rocked the night.

And although we never thought we would make it to midnight, or at least we didn't think any of our kids would---they all saw the clock strike 12 and the confetti flew. 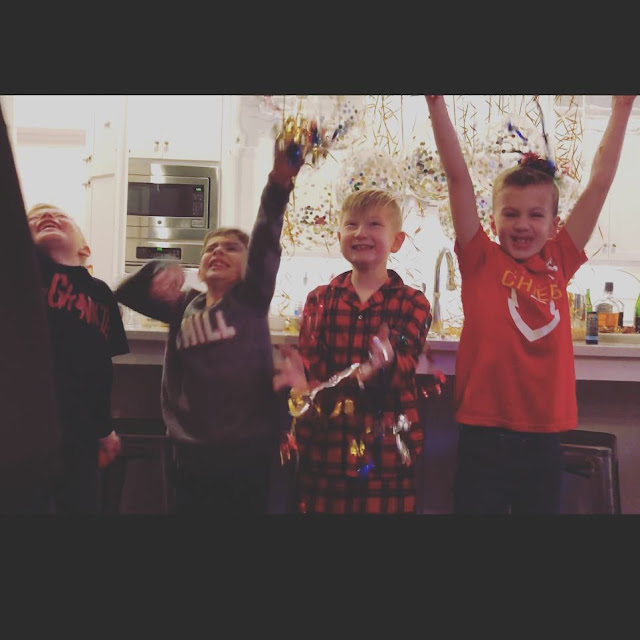 2017 was filled with lots of joy and a little bit of pain but most importantly it was filled with the people who matter the most to us. Some how, the years just seem to be getting better and better, can't wait to see what 2018 has in store for the Souths. 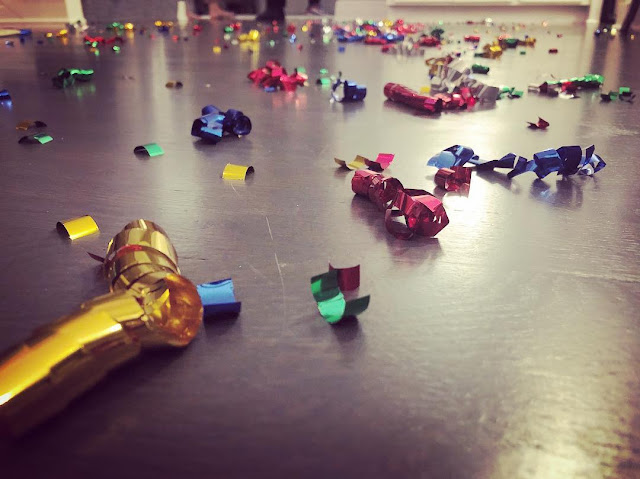