Christmas Eve and the excitement was building.

We had just arrived home from Grandma Sara and Papa Tom's & the boys instantly found the Christmas pjs that Fishleg Hiccup had left for them. And this year, he also left them some house shoes which were also Star Wars. That little elf sure knows how to make these boys happy. & cute. 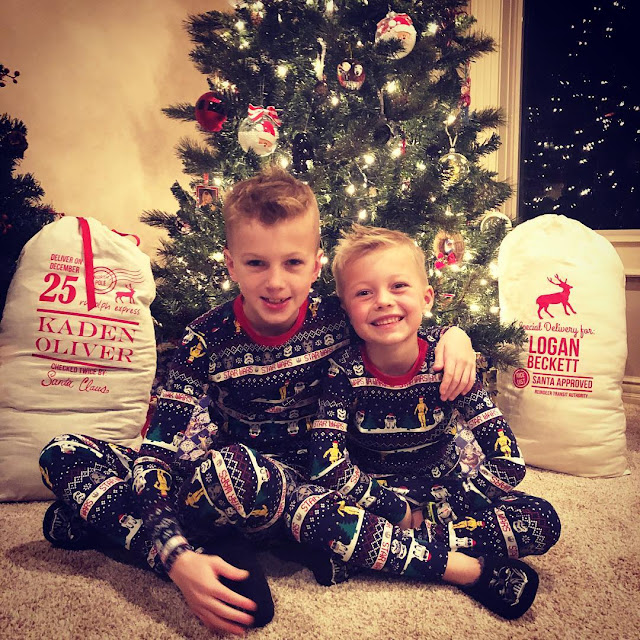 The boys also knew that since it was Christmas Eve they could give Fishlegs Hiccup a nice BIG hug. They both told him how much they would miss him and that they would continue to be kind to not only one another but also to others. They then thanked him for his kindness to them & squeezed him so hard his head almost popped off. 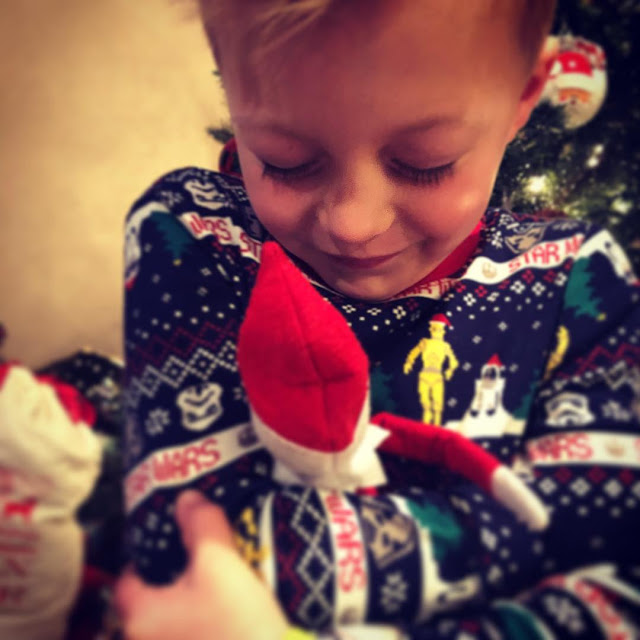 JOY - the contentment in the midst of worry and hardship. 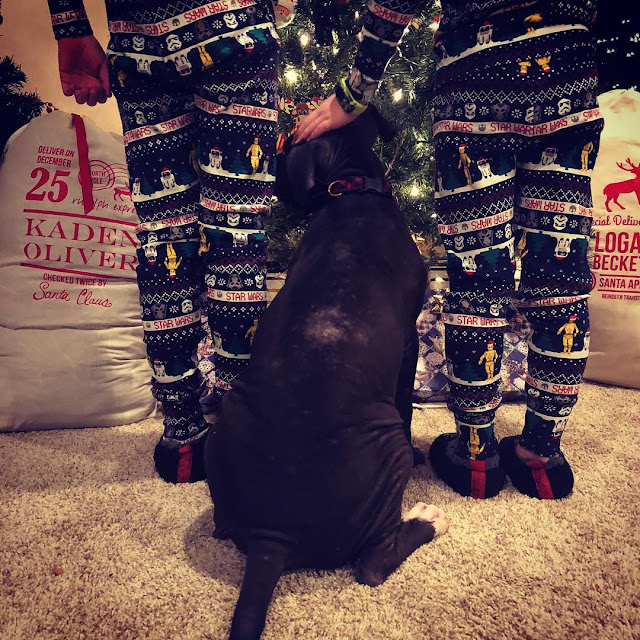 We sat out the cookies, poured the milk and then we found a comfy place on the couch for the reading of Twas the Night Before Christmas, another tradition except this year, Kaden and Logan read it to Justin and I. The wonder & excitement in their eyes still remain one of my most favorite things to see. Especially during this time of year.

After our reading was finished, the boys were off to bed but they couldn't sleep. Logan proclaimed that the distraction of Christmas and Santa coming was just too much, that he couldn't fall asleep and if he didn't fall asleep that would mean Santa wouldn't come. I explained to him that Santa was one sneaky jolly ole guy and he would find away. It was a very long battle but after about 2 hours and close to 11 pm, he finally drifted off to sleep next to Kaden's bed on the floor. 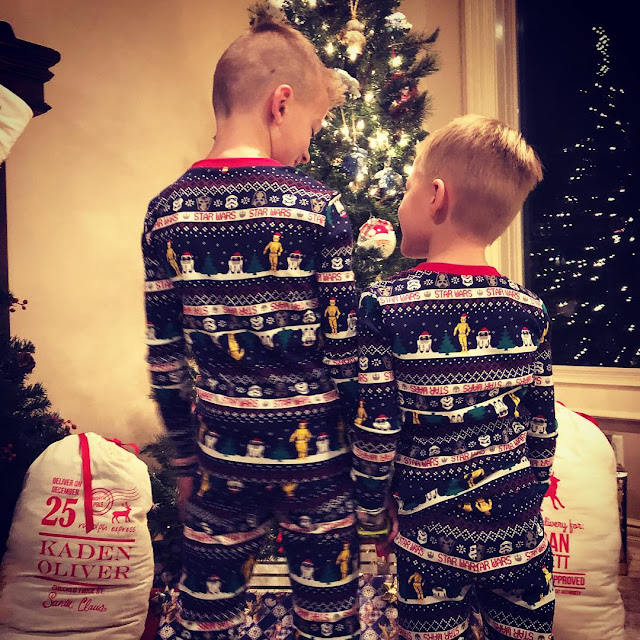 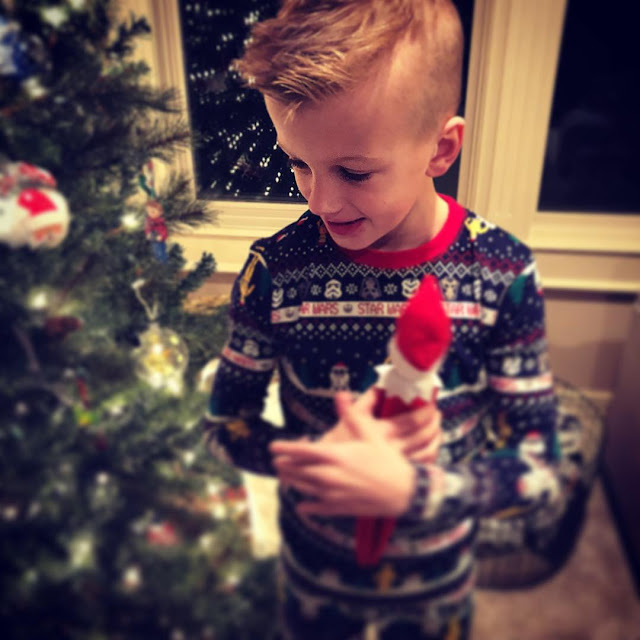