I don't believe there is a better morning to be a parent than Christmas morning. The build up of anticipation from the night before all being released as the boys scurry down the stairs to see what Santa brought them. 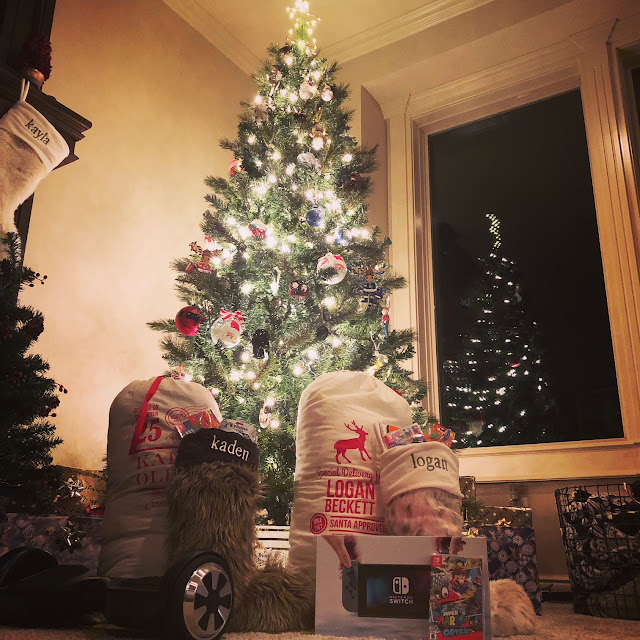 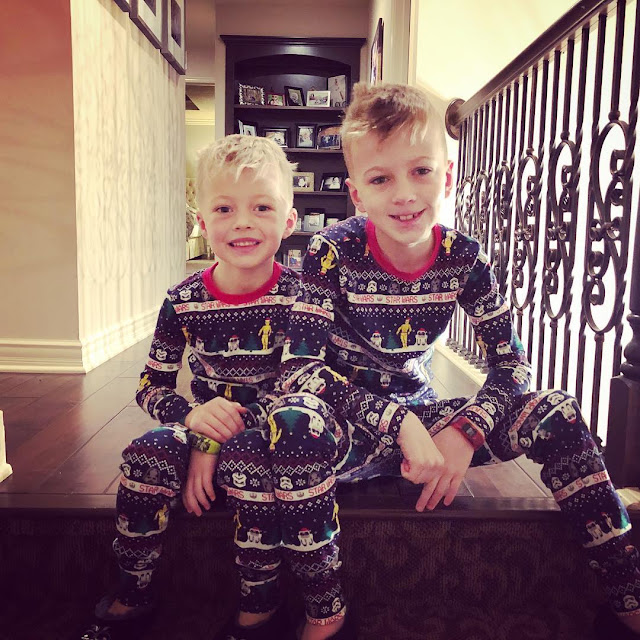 We always try and stick to three gifts but this year, we did a few more than three this year. This past month and a half had been hard on our family so Justin and I bought felt we needed a few extra smiles on the boys' faces. My heart just exploded when both boys were so excited to see the Pupsocks we had gotten for them with Brodi's face plastered all over them. 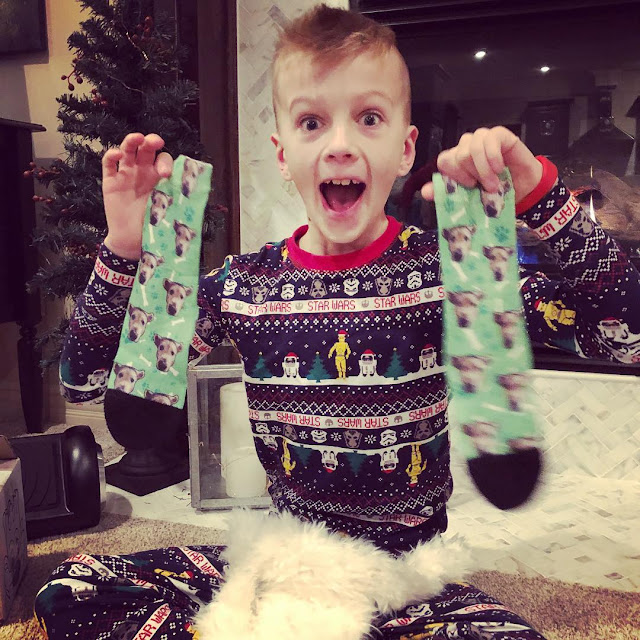 Logan doesn't like that Kaden can easily make "tents" in his room because he has bunk beds--which Logan does not want in his room. So I found him a dream tent and he is a very happy camper now! 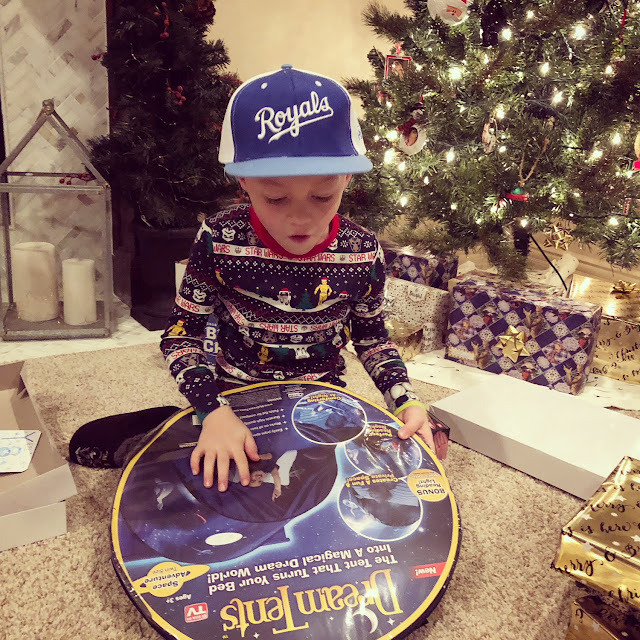 The boys opened up the Blue Crew 2018 kit - complete with a new Royals hat, sleeves, jersey and a bag. They of course just had to put it all on - okay, that isn't true, I had to bribe them. 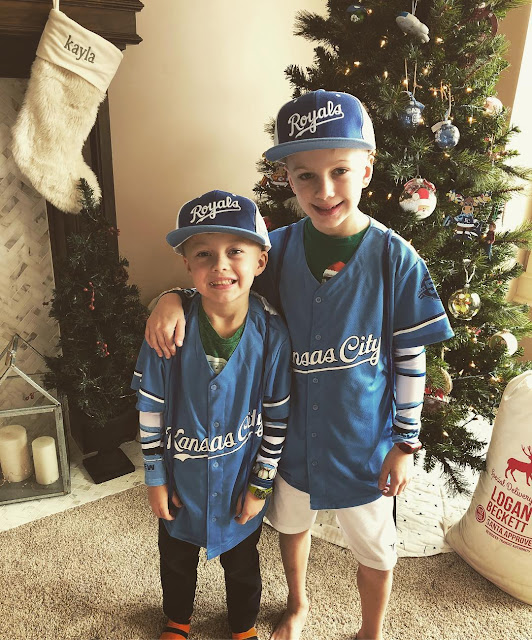 One of their favorite gifts--like, they won't take them off EVER and I have to beg them to let me wash them---their Chewbacca onsies. I mean, adorable!

This was also the first year that we had the boys pick out a gift for each other. Logan for Kaden. Kaden for Logan. They had a budget and instructions to think of something that they think their brother would really, really want. Oh and they couldn't tell each other what they got one another, it was a SURPRISE, or was it!

And we even got a white Christmas, doesn't happen too often here in Kansas. The boys bundled up and out they went for a little fun in the snow -- Gus even joined them for part of it, although he wasn't sure what to make out of this crazy cold white stuff. 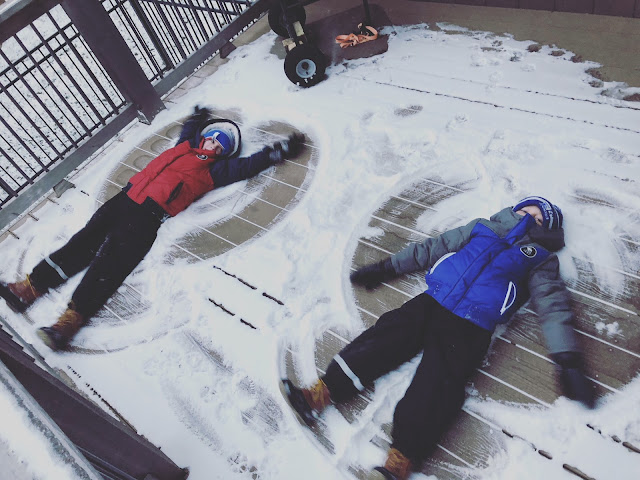 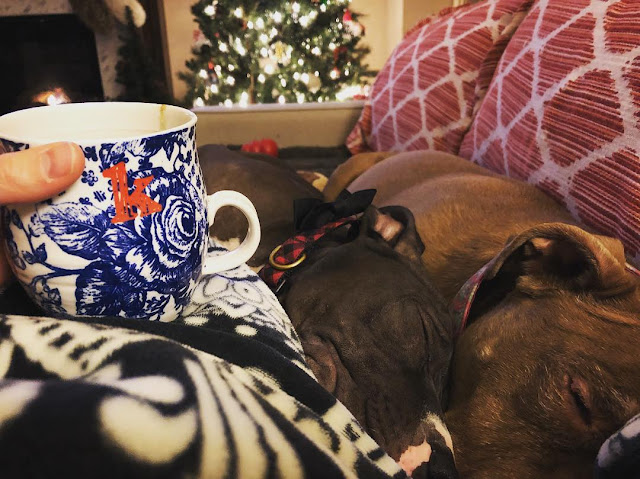 And as the day was winding down, I found myself on the couch with a hot tea in hand recalling as many memories as I could from that morning. It was a good day. We found happiness and joy in that morning & we didn't lose sight of the real reason we celebrated. 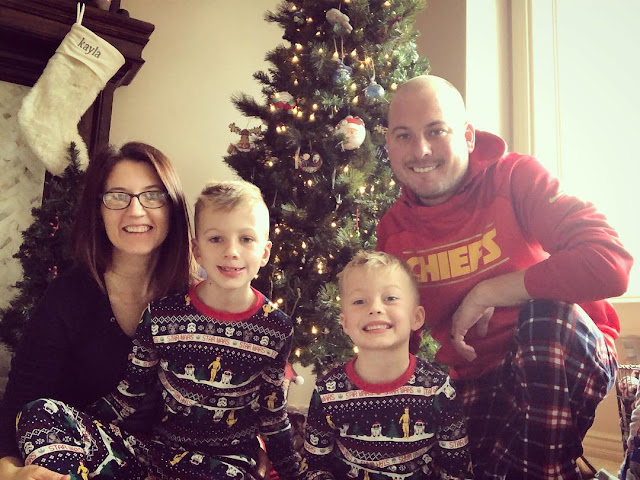