A new tradition-I think so.

I had an idea. Actually, I have had this idea for awhile now but it wasn't until seeing a few friends do it that I knew it was time to pull the trigger and find out more information. You know, the "you never know, unless you ask" scenario. That is me, always.

I wanted to take the boys on a lights tour of KC but not just any lights tour--one with a limo. They had never been in one, heck, I've only rode in one like three times--and I figured this would be a great highlight of the holiday season. It of course would be lots more fun with friends so I texted Jen and told her my idea and she was in, if we found availability. Turns out, the Wednesday and Thursday evenings were booked but Tuesday night wasn't -- we were locked and loaded.

The limo would fit 12 adults comfortably and we had 4 kids, 5 adults so I asked Justin's family if they wanted to join us too. They were all in. Even when I mentioned that we were doing this in our PJs.

We decided that we would surprise the kids with the limo part but went ahead and told them we were doing Pizza in PJs at our house on Tuesday to celebrate winter break.

So, of course, Fishlegs had to bring new PJs for the boys. 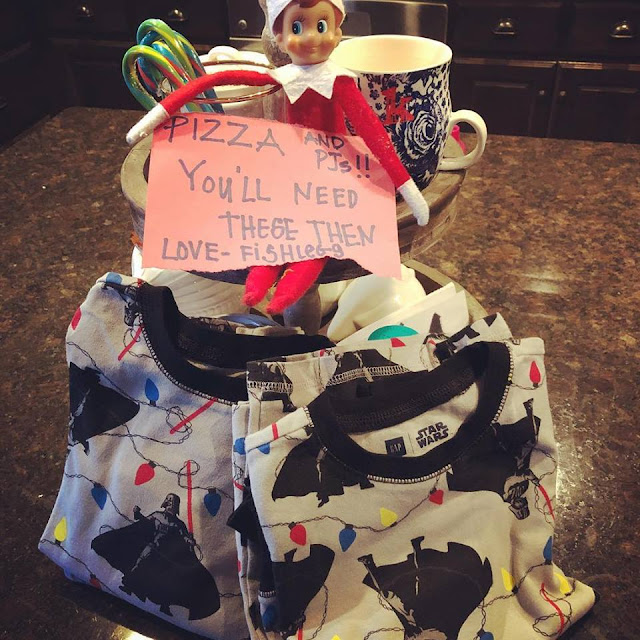 The initial plan, eating pizza in the limo while looking at lights. Justin suggested we feed the kids before, he was right. For once, I admit he was right. Everyone arrived around 5:30 and the limo was expected to pick us up at 6, so we had 30 minutes to get the kids fed and playing. I noticed the limo drive by the front of our house & called up to the boys. I asked what they all thought about going and seeing the lights. NOOOOOOOOOOOOOOO was said by all. Then I suggested that we all climb into the same car and see lights together. NOOOOOOOOOOOOOOOOO Thanks. I mean, at least this time I got a No Thanks. So then I just kind of laid it out there, told them that we had a surprise for them outside and when they stepped outside the limo was just starting to pull in front of the house. Jax was the first to scream, "a limo" and the rest of the boys were right behind him, they were all running towards the limo when I yelled, HOLD ON! They all needed shoes on and they needed to use the restroom which they weren't too excited for because all they wanted to do was see inside.

A few minutes later and we were off on our way. 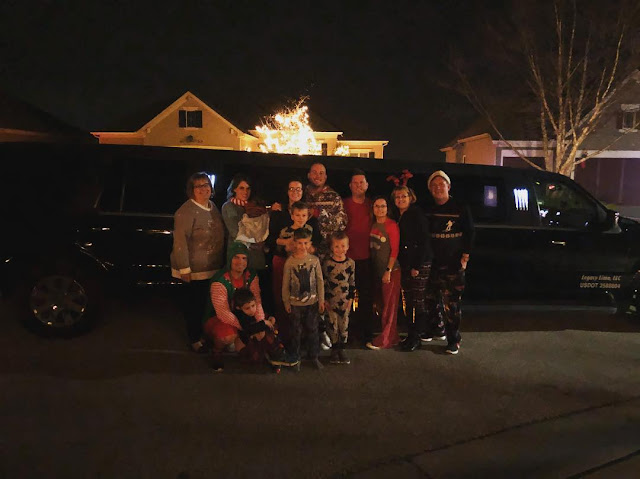 These boys thought they were the coolest kids EVER. Smiles were plastered across their faces as they peered out the windows hunting for light displays.

We had instructed the drive to that we were hoping to hit up 69th and Ward Parkway, one of our favorite streets in the city & then take a spin through the Plaza as we headed down the Mayors Christmas Tree at Crown Center. And that's exactly what we did...with a potty break at QT in there.

Our favorite stop -- Crown Center hands down. We were able to get out for a few minutes and take a few pictures -- Christmastime at Crown Center is so beautiful. 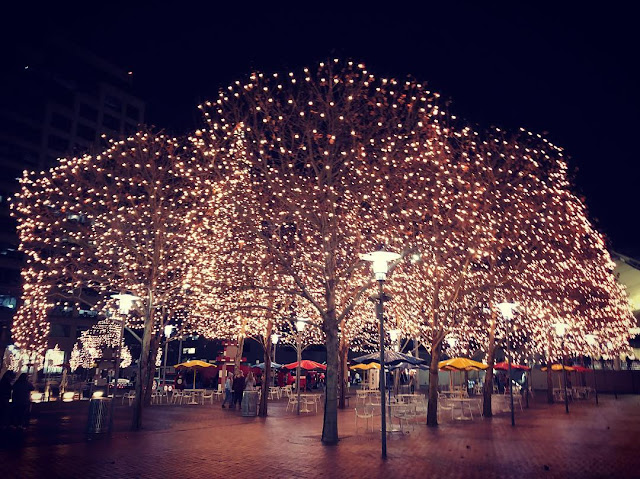 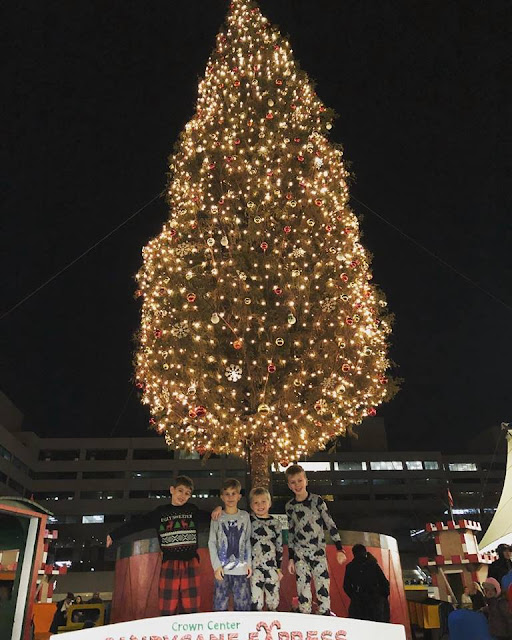 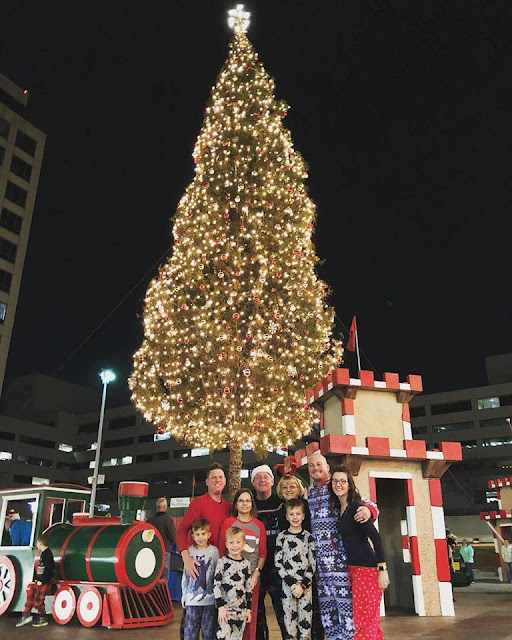 So beyond thankful for the Shafers. Its so hard to find friends that just get you and you just get them at this point in your life. It can be a little intimidating trying to make friends with your boys' friends but not with the Shafers. It's been so easy with these guys & I already know that there will be soooo many new memories and traditions created alongside them. I mean, we are already planning the 2nd Annual South-Shafer KC PJs Lights Tour for next year -- and the only thing the kids noted they'd like to improve the experience, SNACKS. We can easy handle that. 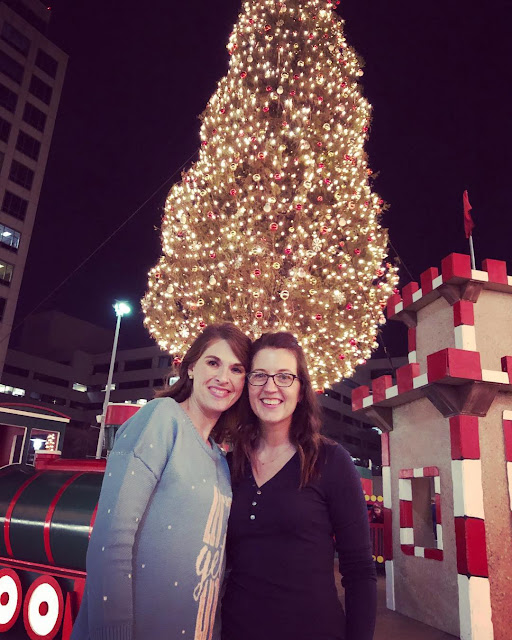