Since framily would be in town for about a week over the Thanksgiving holiday Justin and I decided to take the week of Thanksgiving off and plan a few things for the kids once they were finished up with school on Tuesday. One of the adventures was our idea, the other not so much but we went with it and in the end, we were glad we did. So we will start there, since it was the first of the two. 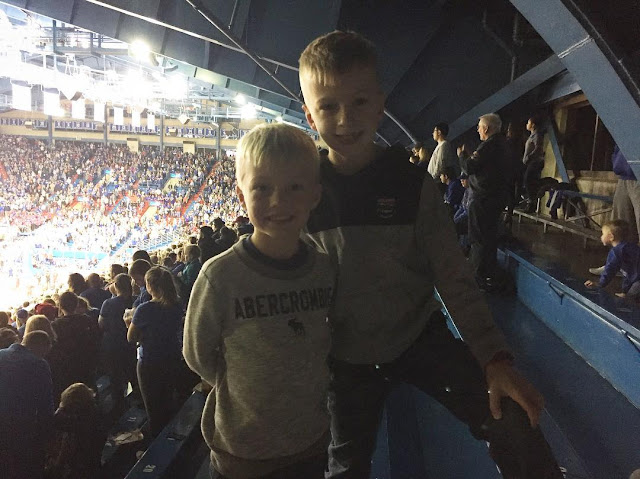 They boys were both super excited, Kaden had just started practices for his 2nd grade team, coached by yours truly and Logan was only weeks away from his first practice. Both boys love sports, they'll watch it all with us but this is the first year that they have really sat and watched basketball at home with us so it came to no surprise that Kaden was glued to the entire game--even if it was a blowout.

We also ran into Grammy right inside the doors at Allen Field House. 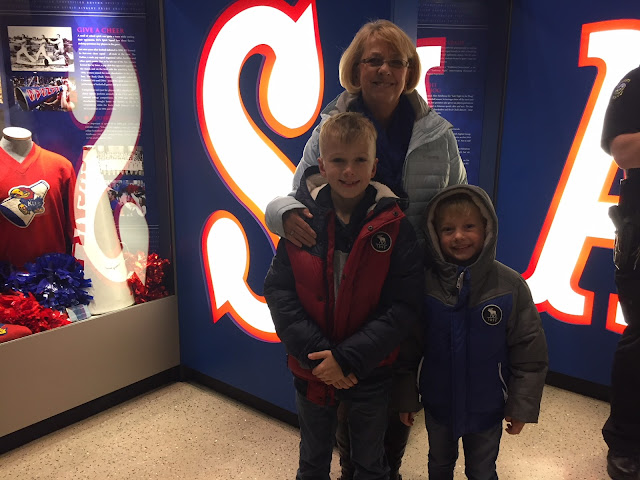 We were up towards the top of the seats but there really wasn't a bad seat in the house--and honestly, it allowed the boys to see everything that was going on. You have no idea how happy it makes me knowing my boys LOVE basketball, I think I would have died a little inside if they didn't. 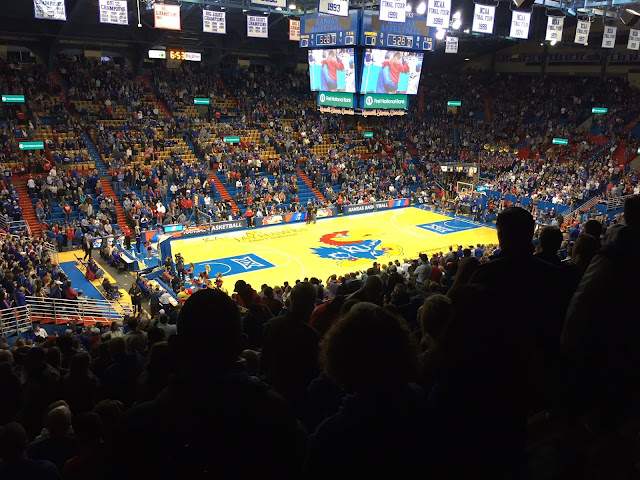 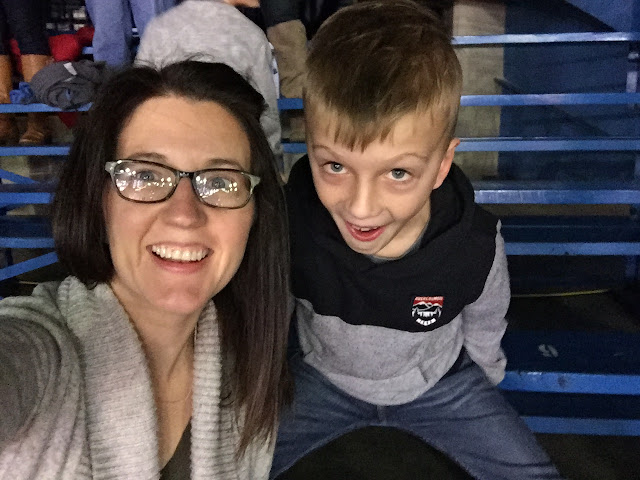 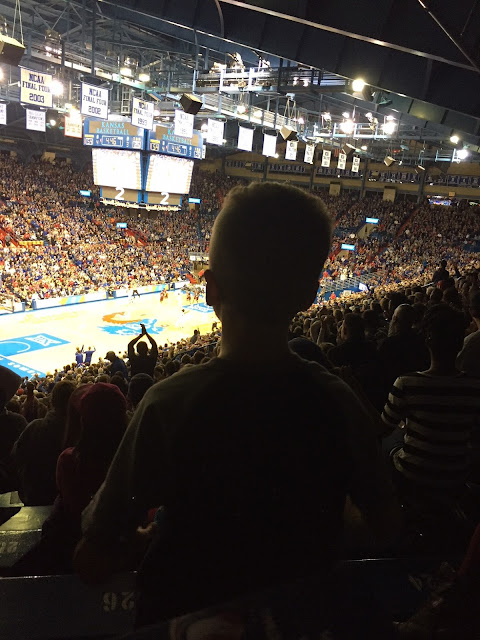 And although it took framily coming into town to get us to a game at Allen Field House, I don't think it will be our last game we see there. After all, Lawrence is only 20 minutes from our house & Allen Field House does have one hell of a college basketball atmosphere.

Before we could head out for our next adventure we would need to fix our Thanksgiving Pumpkin Pie and I had the best helper to do just that. Logan was very persistent on helping me make the pie & really besides dumping the pie filling into the pie pan and preparing the crust, he did most everything on his own. It was a gorgeous pie. 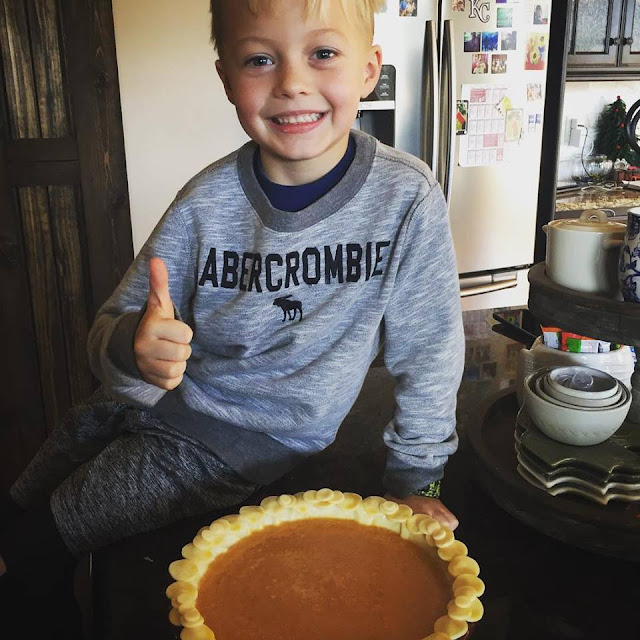 He may have been so persistent because he knew the pie was the only thing between him and a whole lot of fun with some friends at the GWL. 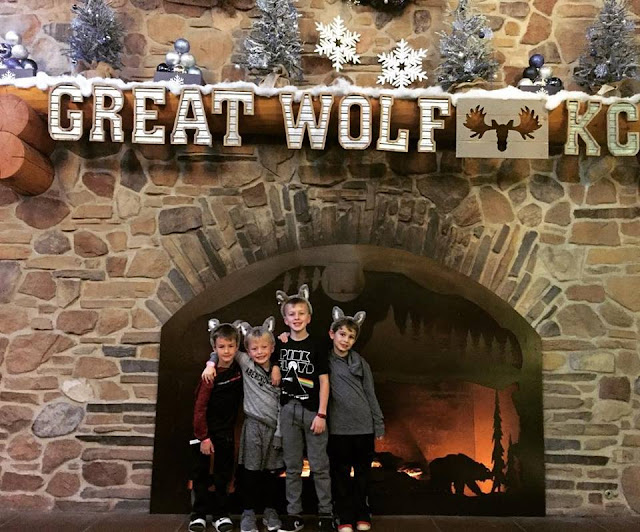 That's right, we were headed to spend Thanksgiving Eve at the Great Wolf Lodge. We each packed a little bag and I made arrangements with a few of our friends to go with us and the rest was water history. Speaking of history, gone are the days were I need to ride with Kaden on the slides. He and Jax were both tall enough to go down on their own. I may have cried a few tears knowing that it's just one more thing that he no longer needed me for. Time needs to slow the hell down. 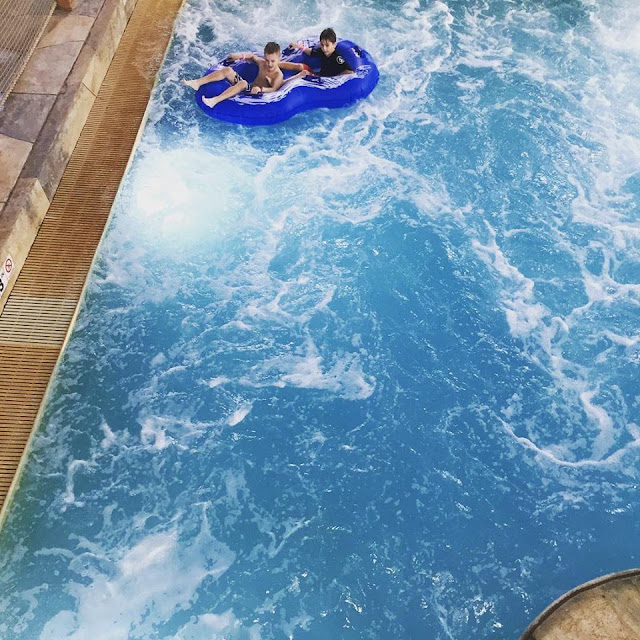 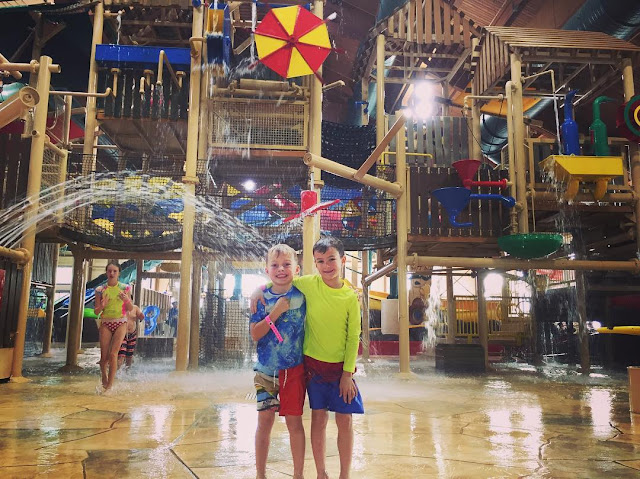 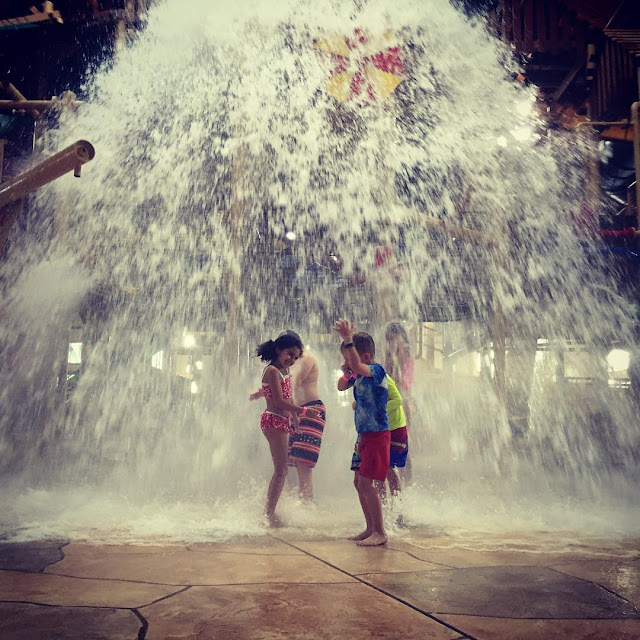 Shortly after they ate we headed down to the lobby for story time and although he may be big enough not to need me on the water slides, he still wasn't big enough to listen to the story with his wolf ears. 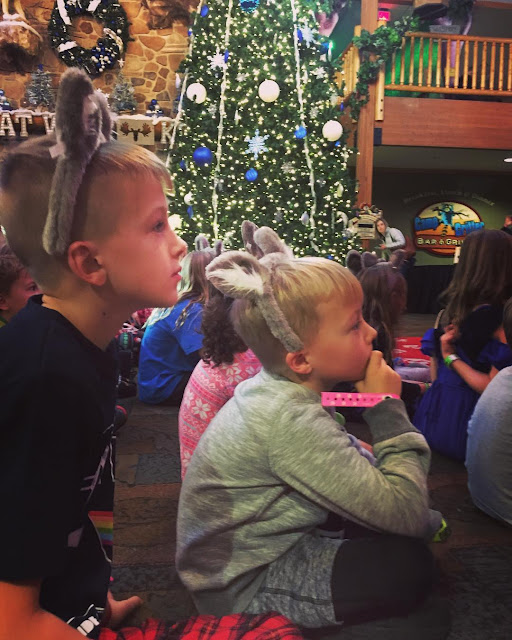 We ended the night with a little wand Magiquest scavenger hunt through the hallways of GWL. & if only I could have captured the picture of Logan and his wand, seriously, priceless. It would have made the picture reel for Logan at his future wedding. Instead I got this picture of the boys, still pretty priceless. We're pretty lucky with these two. 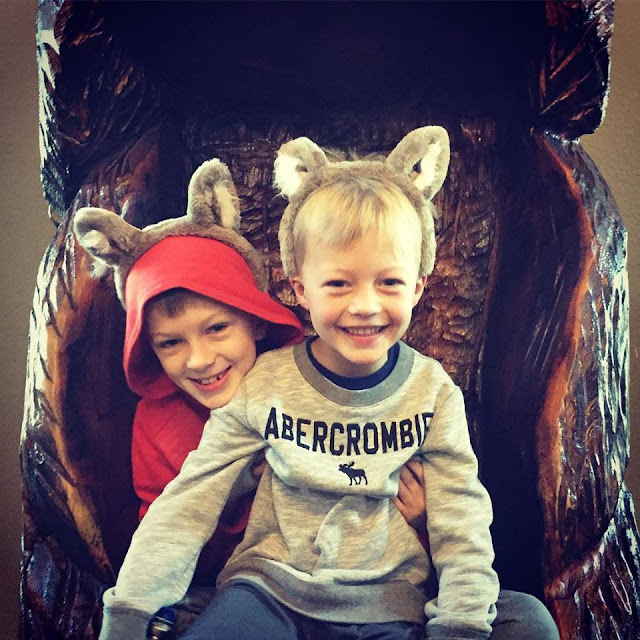 & since it was now Thanksgiving, we had to hightail it home to help dad prep for an evening of family and friends.
Posted by Kayla South at 8:43 PM