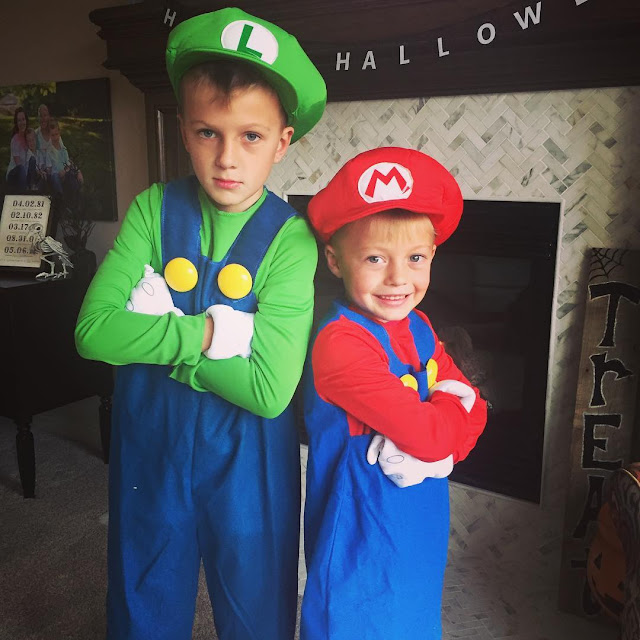 This year the boys had an idea for Halloween costumes. They wanted to Mario and Luigi--which meant Justin and I were The Princess and Bowser since we do the whole family costume thing. The only trouble, it took a little convincing on who should be who. Logan wanted to be Luigi because they both started with L but that just wasn't going to work. For this to work, Kaden needed to be Luigi and Logan needed to be Mario--I mean their height could not be more perfect for this. They had such an awesome idea and were pretty proud of it, as they should be.

So on Halloween day we loaded up their backpacks with their costumes & sent them on their way to school. Kaden was probably even more excited than Logan because he missed out on last year's celebrations since he was sick but both boys weren't too thrilled that I wouldn't be making an appearance. This was literally the FIRST holiday event that I didn't have to help plan as room mom. Plus, it's always a zoo at their school and the parade was going to be inside so parents would be in the gym and cafeteria--so I bowed out but thankfully, the village came through. 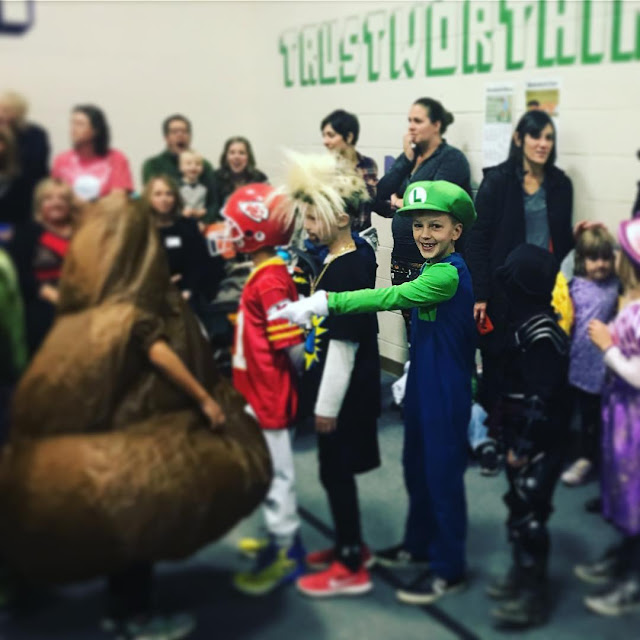 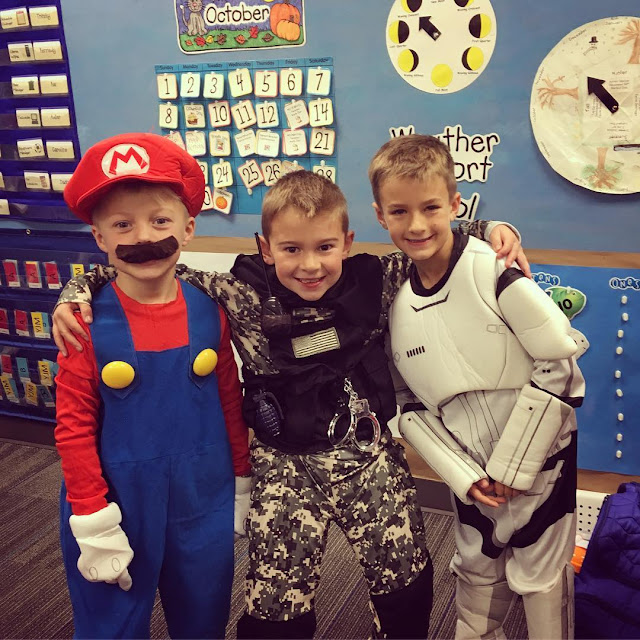 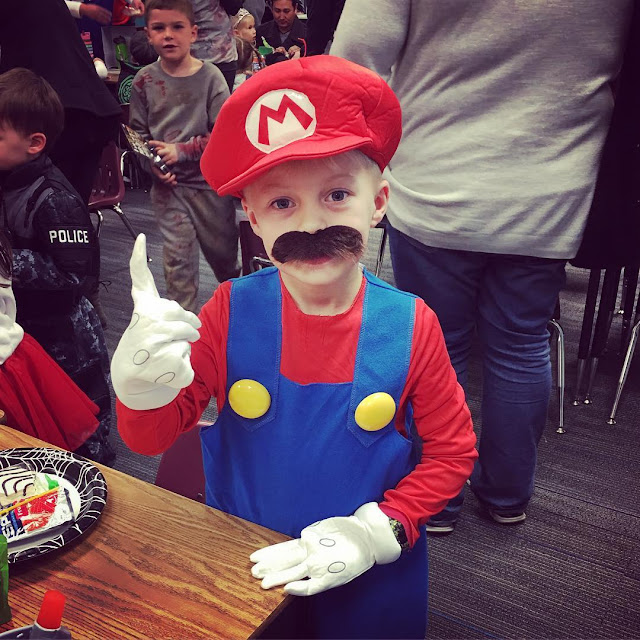 The parties were a blast. Both boys had so much fun & replayed everything that happened when I got home. Their smiles were the best but they were dancing around so much. They were so eager to head out and trick or treat with their buddies. Patience isn't there strong suit so we quickly got homework done & we started dinner so we could head out for some fun. 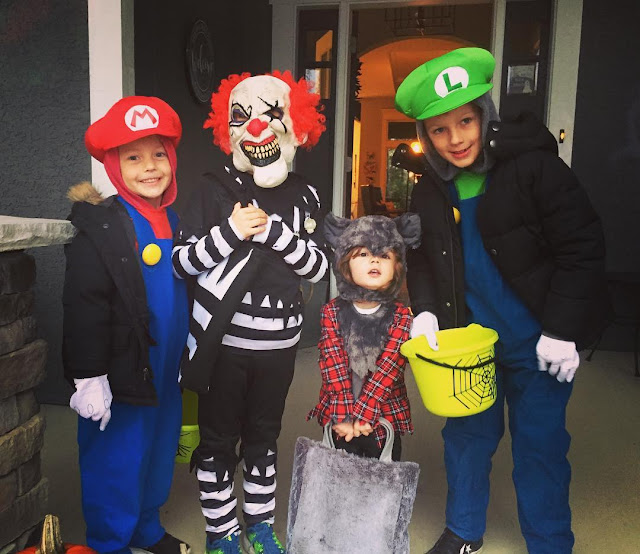 Halloween this year was FREEZING. We jumped in the golf cart and headed over to the Shafers and on the way, there was snow flurries. SNOW FLURRIES on Halloween. Freezing. We took off around the neighborhood and went house to house filling up buckets. The kids were running and "hot" asking to take off their coats as the parents were trying to find more clothes to put on! About 10 houses in we stopped for a quick group picture... 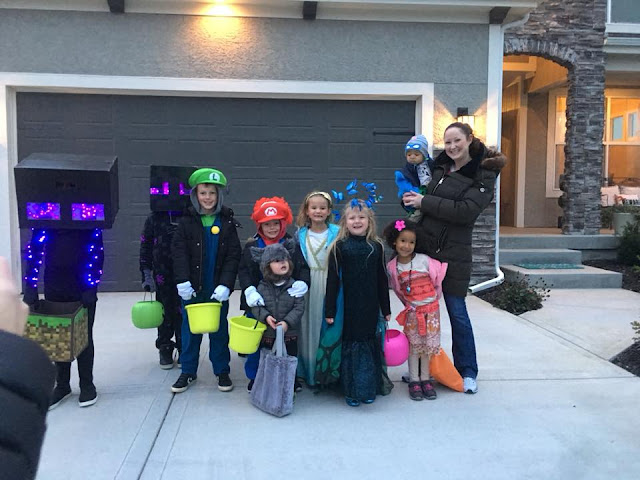 I love how scary clown makes it look like Logan has some crazy hair going on!

We made it for about another 30 minutes and Kaden was ready to head home. We were close enough where I almost thought I could send him on his way by himself BUT I just wasn't ready for that. He could have totally done it and I could have totally called Justin and told him to watch for him coming around the corner BUT that would just make him WAY TOO OLD & that is not what I am ready for!

So Kaden and I walked to get the golf cart and on our way back we picked up Mario & headed back to the house where they spent the next hour or so handing candy out at our house. Sadly, we didn't have many trick or treaters, they were all on the 2nd phase side & the Highlands which made for some grumpy boys but thank goodness for the candy.