Our first go was right after family pictures. We were anticipating a huge storm & just hoping to get through pictures. We did & immediately ran to Price Chopper -- our local grocery store -- to pick up a few pumpkins for the boys to try and carve.

We had a few kits that they boys flipped through to find their designs, here's the end result, can you guess who did what?

Mom and Logan vs. Dad and Kaden 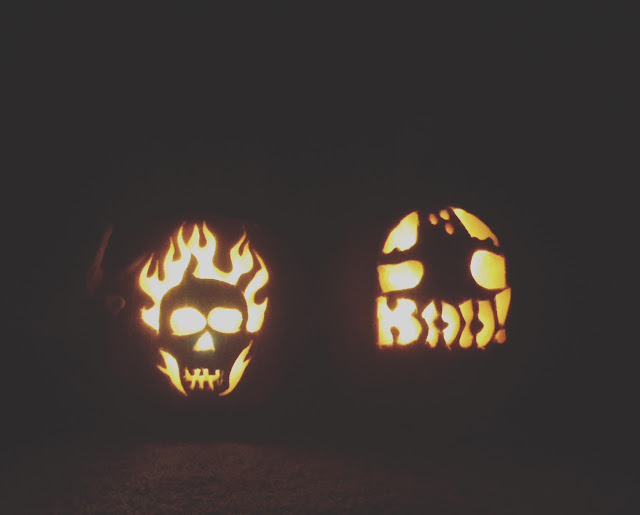 Probably wasn't all that difficult to guess who did what--Kaden and Justin went for the flames, Logan and I went the friendlier route with the ghost. 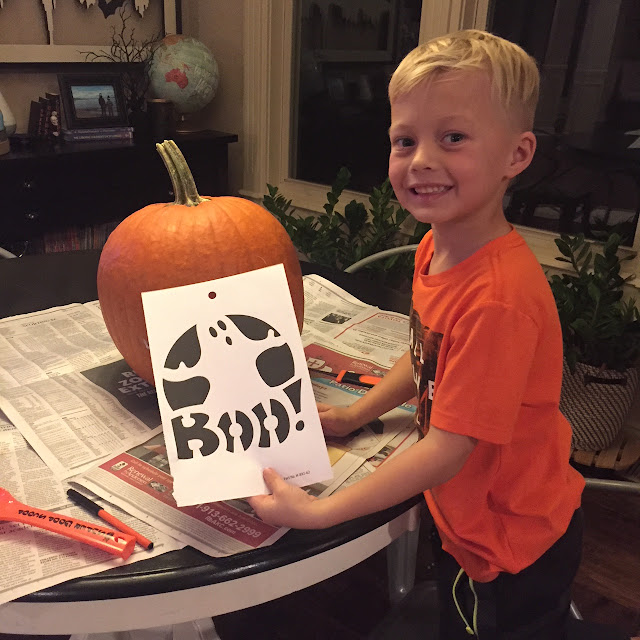 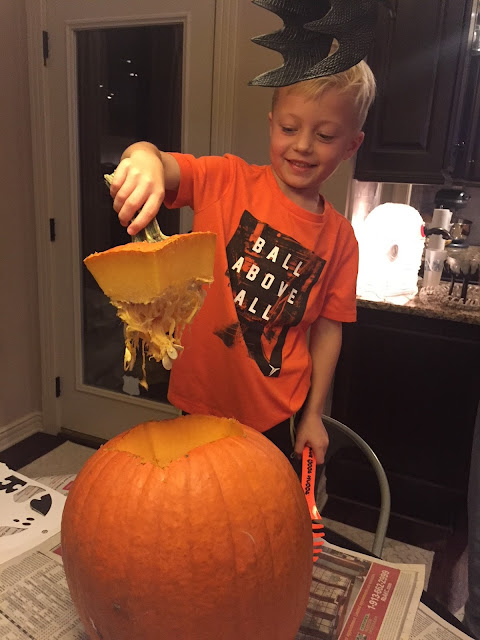 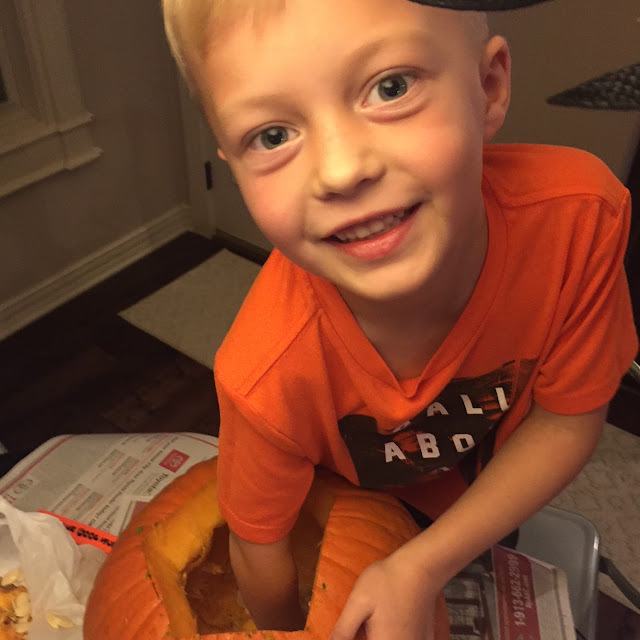 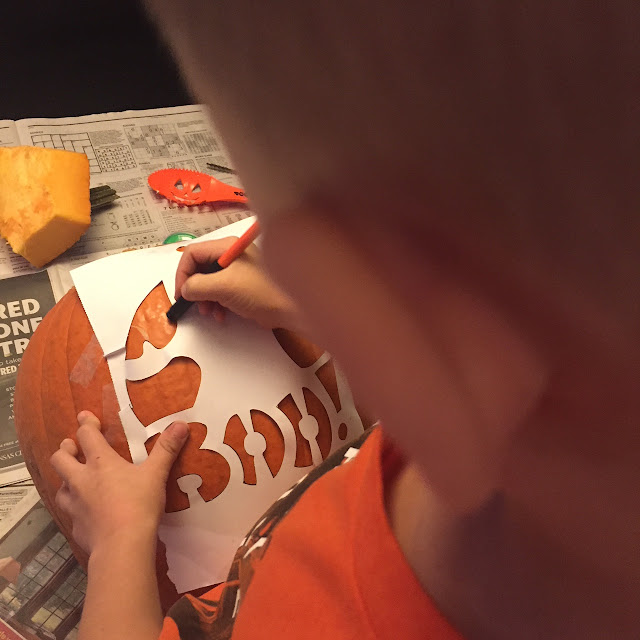 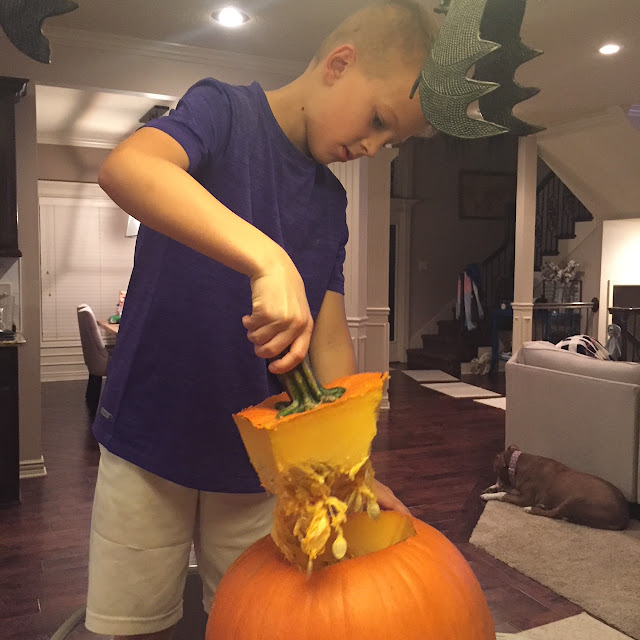 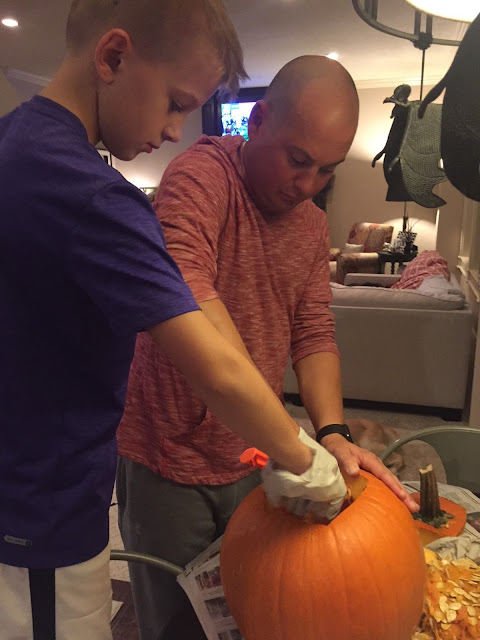 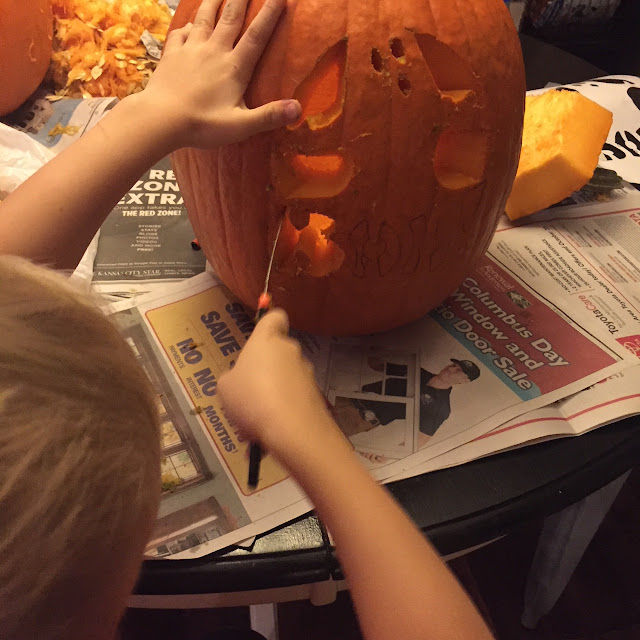 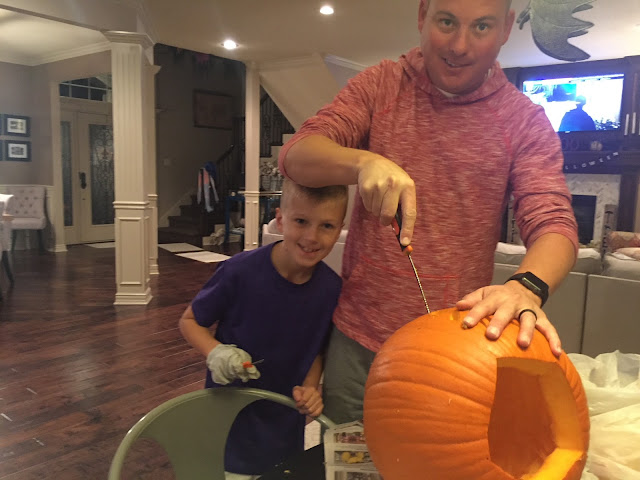 We also met up with the Walshes one weekend for some pumpkin decorating and maybe a few bloody marys--Jake makes a pretty darn good one. This time around, instead of carving, Jake purchased some pre-made kits from Target and I had some tissue paper & then we just let the boys go to town on the GIANT pumpkins that Jake had purchased. And I held Kendall. 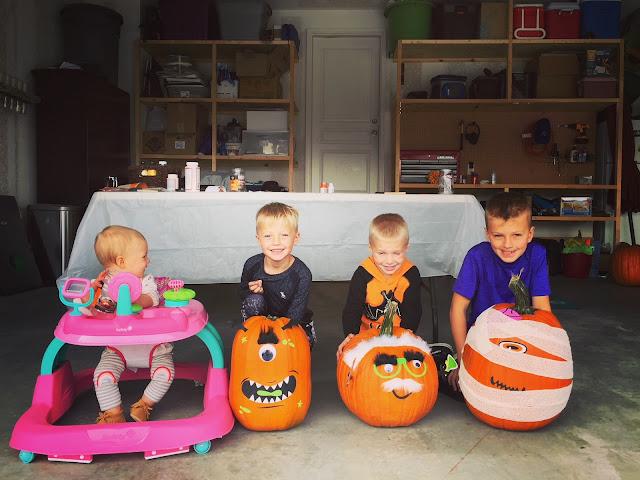 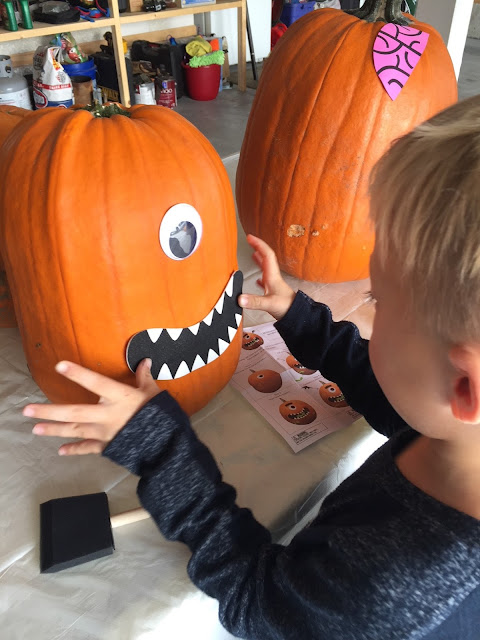 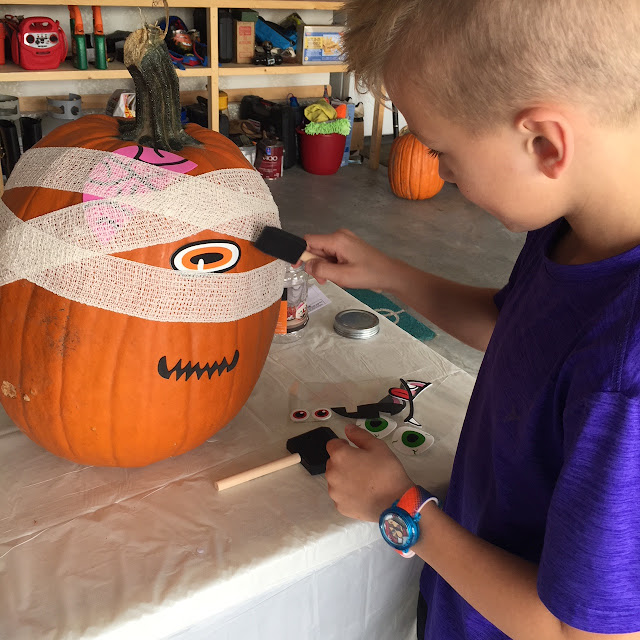 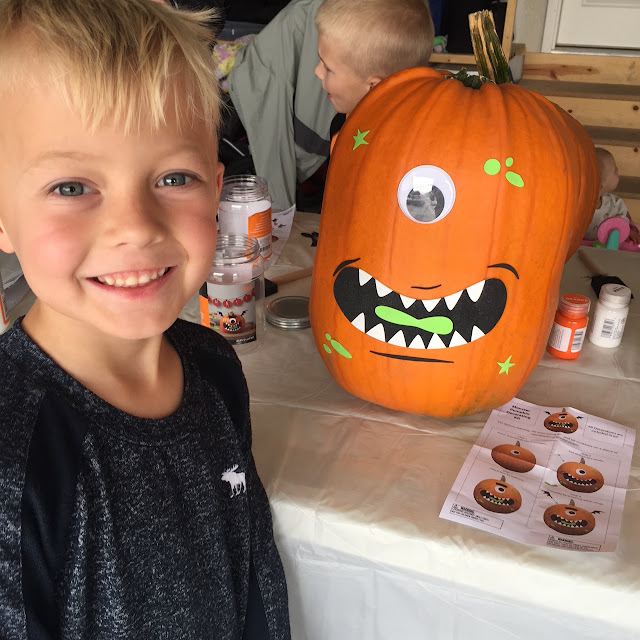 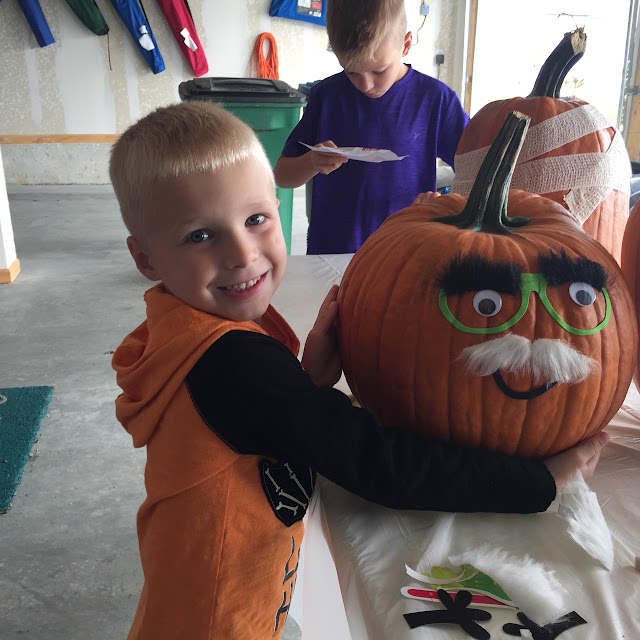 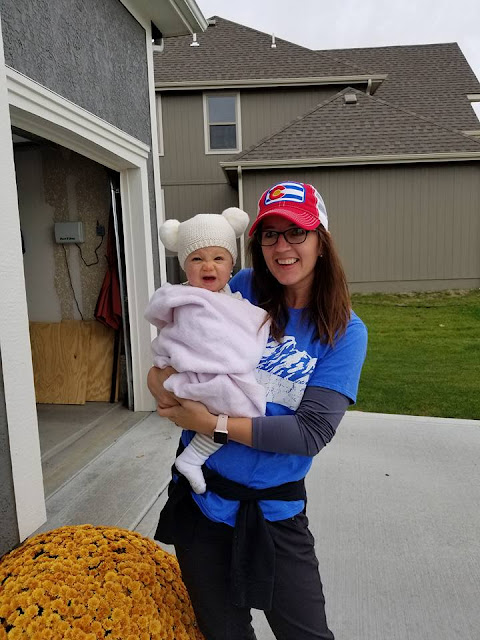