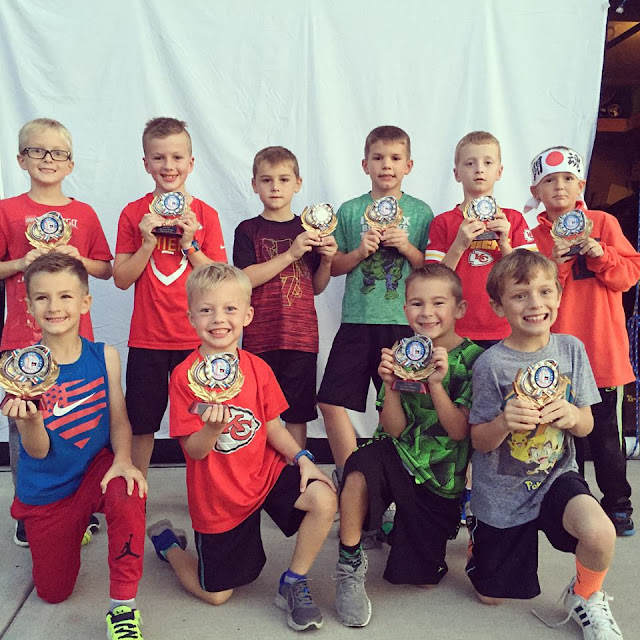 & even if they hadn't gone out on top the way they had, we still would have celebrated the season in the same fashion. These boys grew so much over the 3 month time span--individually and as a team. Each boy contributing to the team in one fashion or another.

We kicked off the evening with Coach Justin giving out the boys' hard earned hardware. 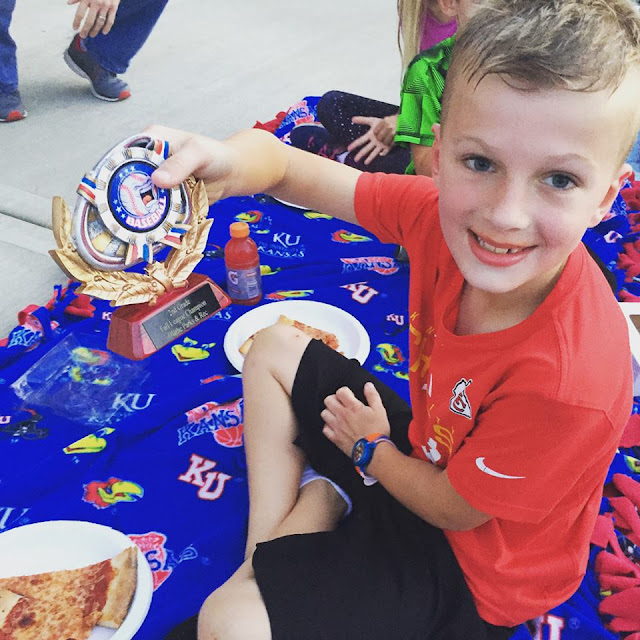 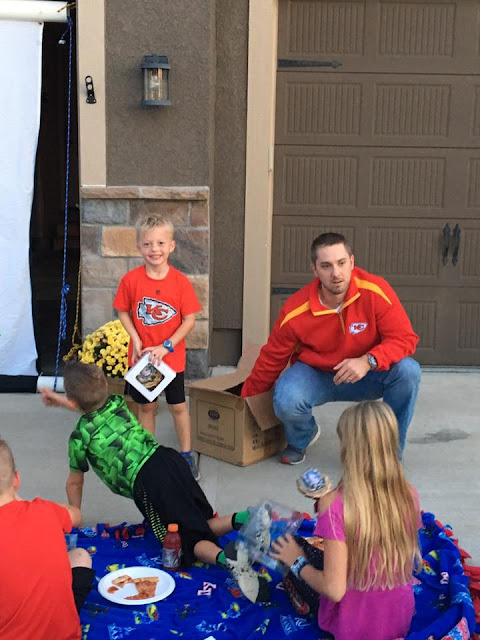 & then we got the boys (and families) settled in with some pizza for a little driveway movie night. Thanks to our dear friend Chad for coming and setting up the movie screen, we were able to watch Sandlot as a team in the driveway. 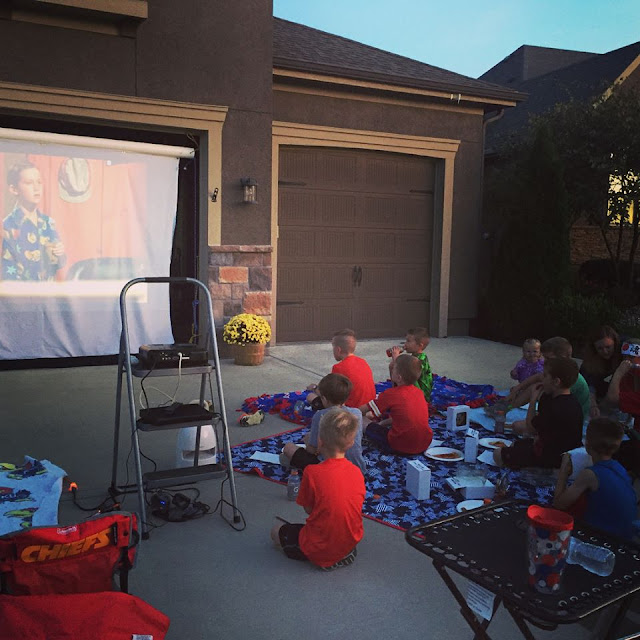 For some it was their first time watching Sandlot, for others, they could pretty much recite the movie which is amazing in so many ways. This is a movie that generation after generation continues to enjoy--it's funny, it's about friendship, it's about owning your mistakes & it's about BASEBALL.

Just as the boys started to get a little squirrelly we brought out the snack bar--popcorn with your choice of fixings, M&Ms or Skittles. & then each got to choose a boxed candy too--Mike and Ike's & Sour Patch Kids went quite quickly & will be stocked in full next time around. We made it about three-fourths of the way through the movie before total chaos ensued. Even though it was dark, that didn't stop these boys from getting a game of touch-football going--which was also my cue to change the movie to the Chiefs game. Somehow the dads had all found their way into the house to watch the kickoff while a few of us moms held down the fort.

The kids chased and laughed for hours. It was a perfect ending to a such an enjoyable season--everything that I could have asked for in a "baseball" family. Safe to say, we got pretty darn lucky.
Posted by Kayla South at 9:09 PM