Halloween has quickly become one of my most favorite holidays. Christmas got WAY too crazy with everything going on with our family and then take into account our friends lives & get togethers just wasn't going to happen. Thus we decided Halloween would be our go to holiday to gather with friends and family before the craziness of Thanksgiving and Christmas get in the way.

We've done small gatherings in previous years but last year we tried taking it to the next level. We made it a costume party and not just for the kids, but for everyone. & prizes would be awarded and although dressing up isn't a MUST, you will totally feel out of place if you don't and will get called out for not dressing up too. Next year we are creating the loser award. 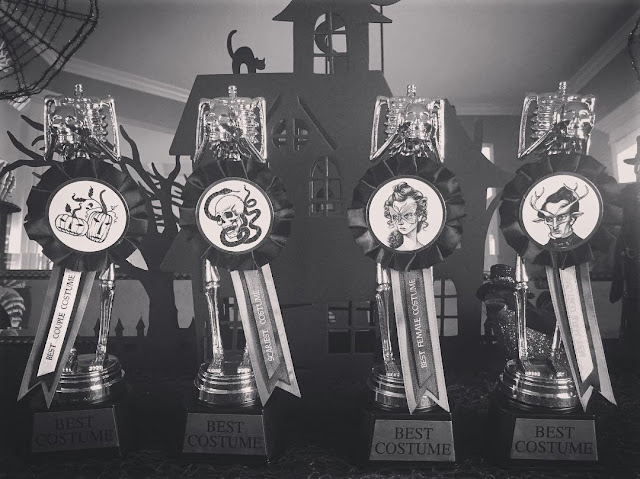 Last year we did a family costume -- we were a circus -- and almost as soon as Halloween was over the boys were talking about what we were going to do this time around. Kaden and Logan, with the help of Justin came up with our theme this year--Super Mario Bros. The boys were at the perfect height for it & Justin was thrilled his costume was pretty minimal & well, for me, I was going to be Princess Peach and what girl doesn't want to be a princess. I didn't have to work on our costumes, I just ordered. Two costumes for me and then used bits from each but other than ordering the wrong sizes for the boys, we were good to go. Or at least I thought we were. 5 days before the party I thought--why don't we add go karts & balloons, I can totally build/paint these. Umm, that didn't happen. For once, I realized I had bitten off more than I could chew and instead of driving Justin and the boys crazy trying to go the extra mile, I just said NO. After all, Justin had a BBQ tournament on Friday and Saturday and most all food, party prep was already falling on my shoulders. I figured feeding our guests would be more important than our go carts. I was right. 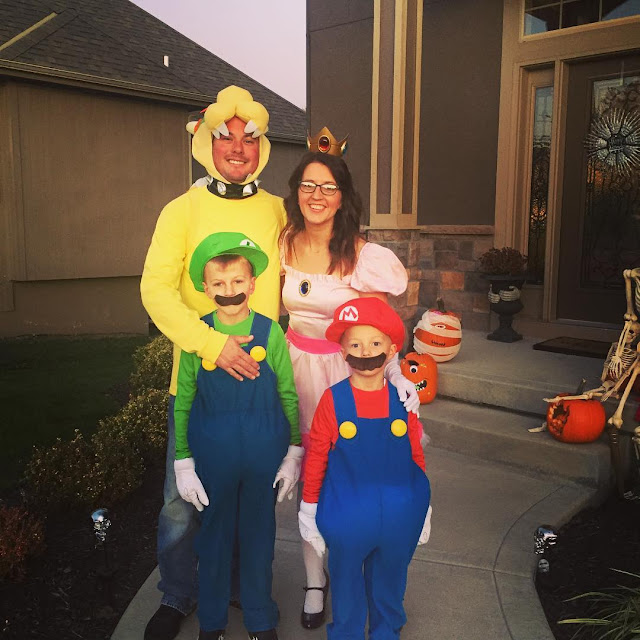 We weren't sure how many to expect when we first sent out the invites, a lot of parties are thrown the Saturday before Halloween but to our surprise, most everyone was able to make it. It got dark before we could get a group picture outside so we took to the living room and SQUEEZED everyone in--only cutting off Poppy the Troll and Happy Lego Kitty. 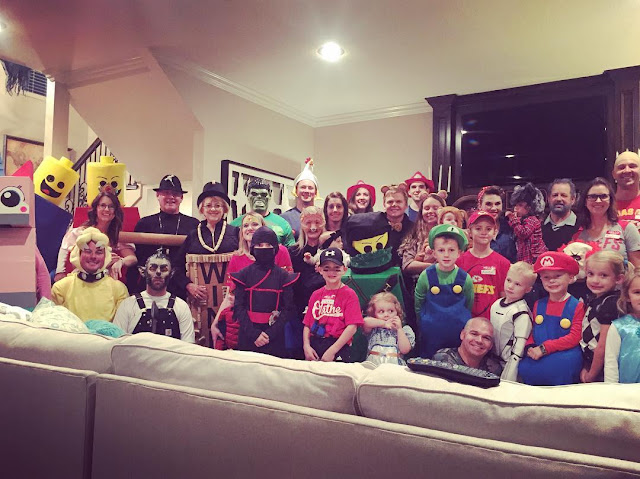 The most genius costumes came from the Kufeldts--they dressed up as the Souths. Bald cap and all. They nailed it and honestly, so funny! 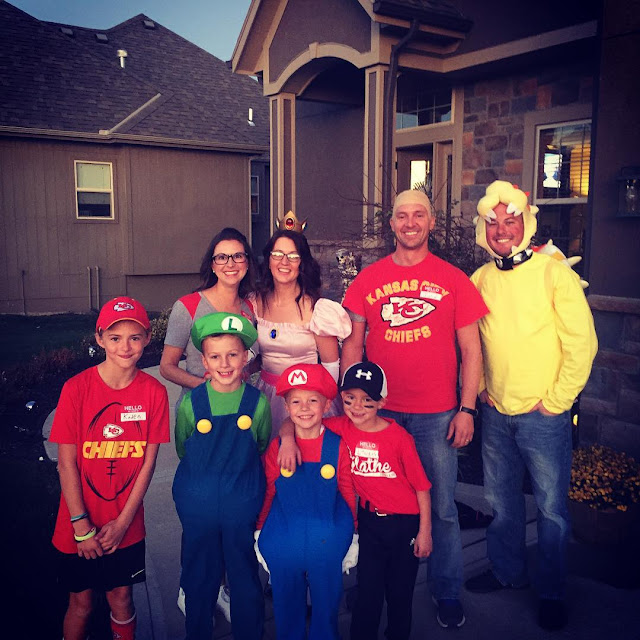 It wouldn't be a South party without a few jello shots--they were hidden in the garage so that the kiddos couldn't find them & maybe so that I could eat more than I should have. 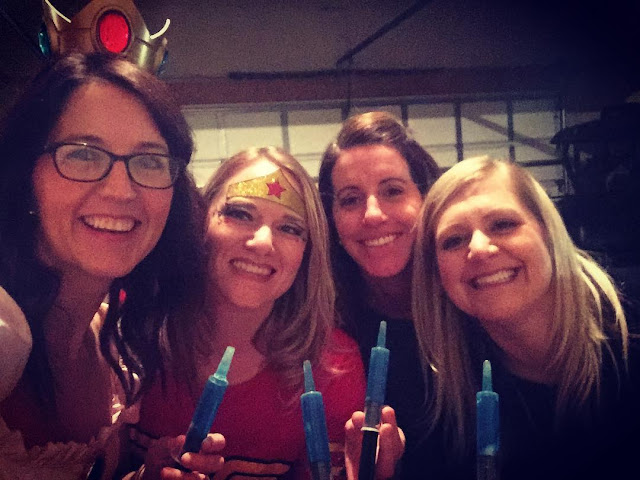 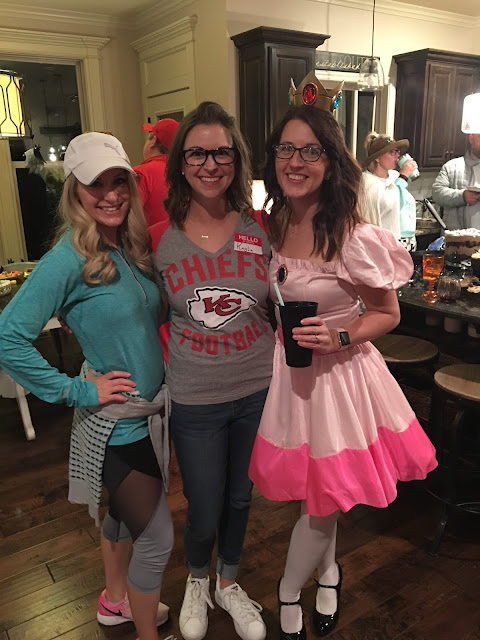 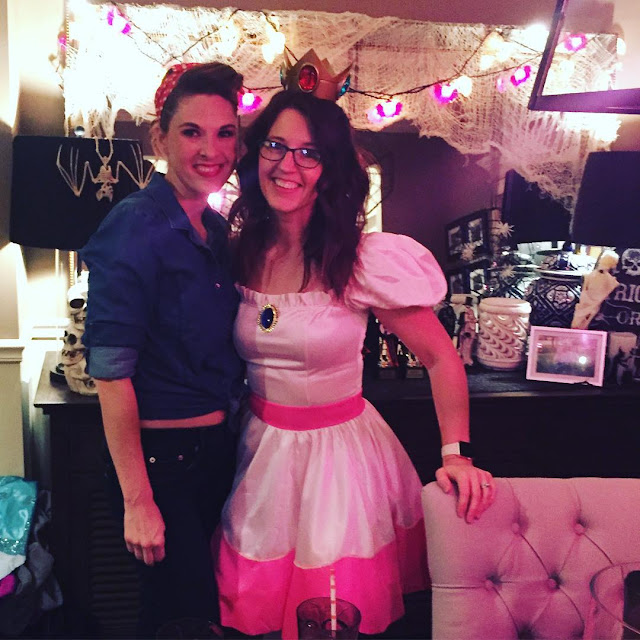 When it came to our annual awards we had some pretty tough competition. 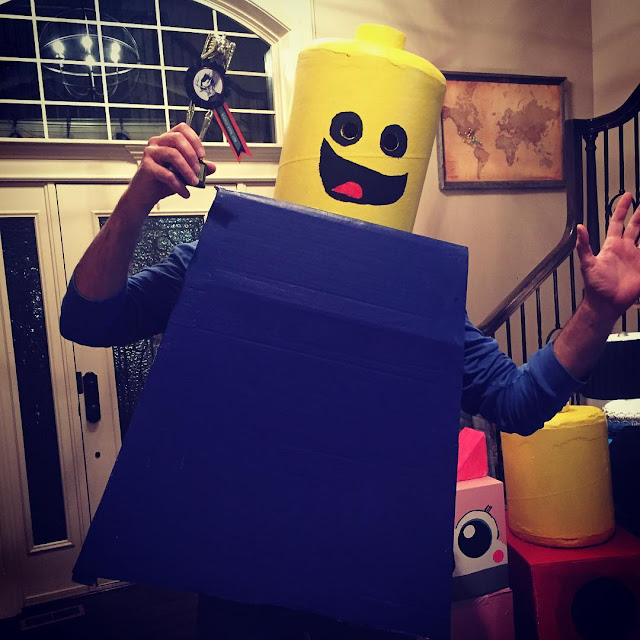 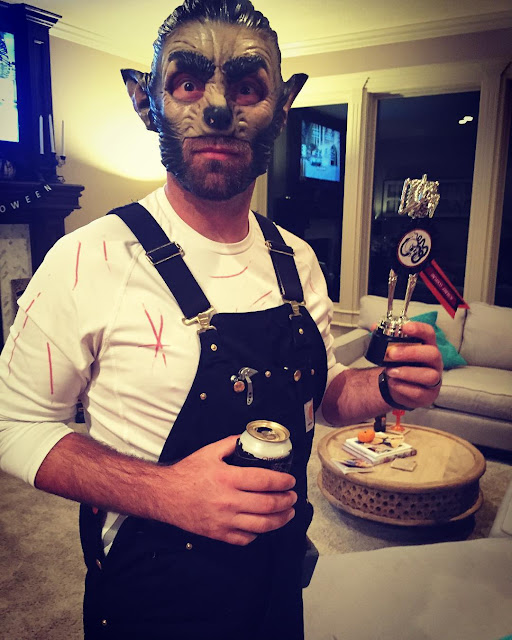 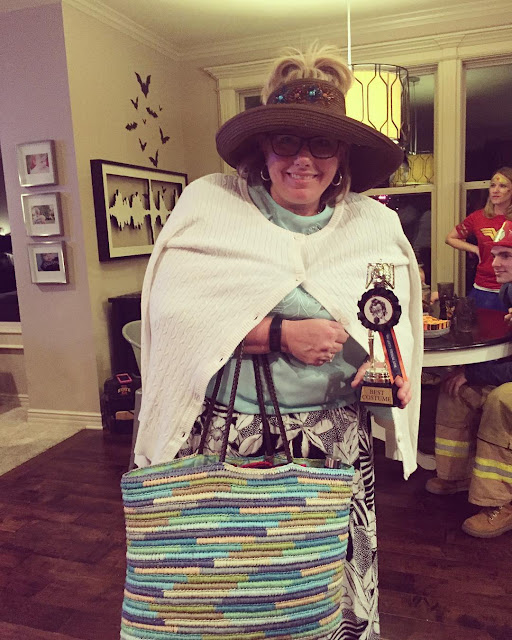 Best Couple Costume - Janet and Craig as a cork and wine screw. 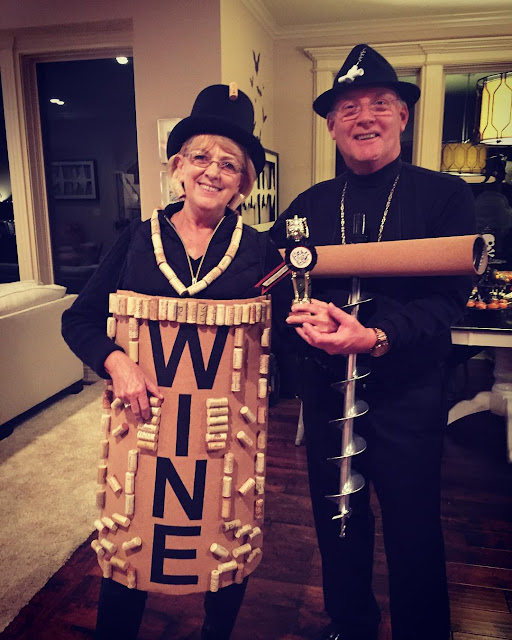 The kids brought their A game too. We had a scary clown, a pink lego unicorn, & of course our very own Mario and Luigi. 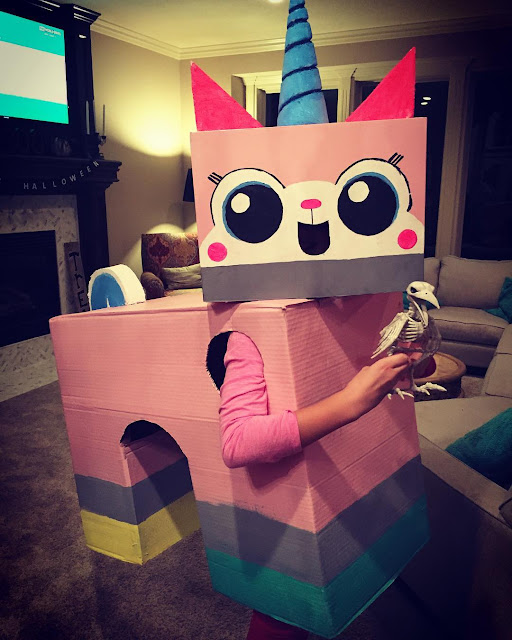 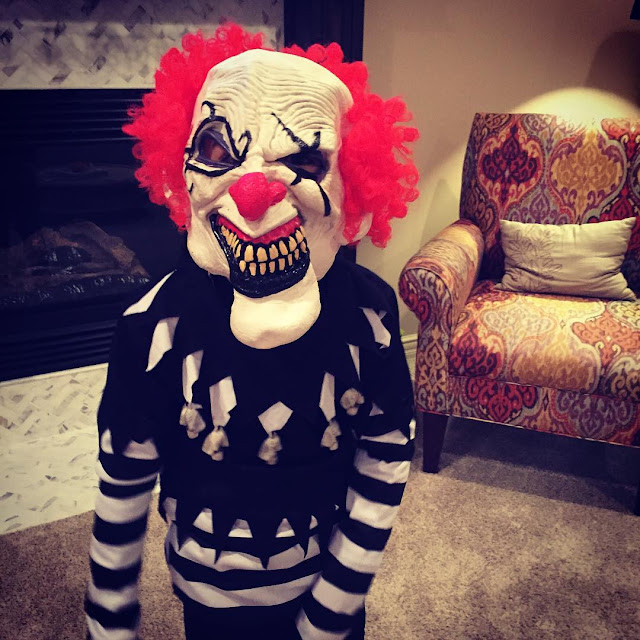 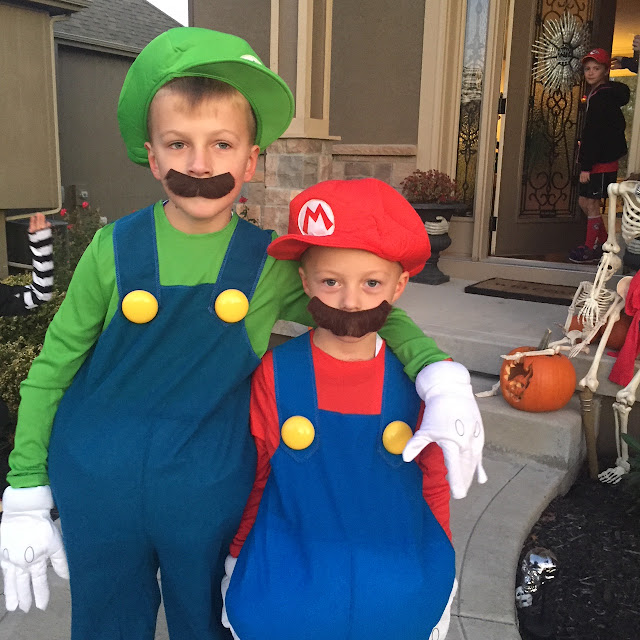 This evening ends up being one of my favorites of the year, even though it does go by so quickly and I feel like I hardly get to start a conversation, let alone finish one but it's so fun to see all the smiles and laughter that's happening all around us.
Posted by Kayla South at 9:16 AM