The Souths Head West--Day One

I've been to Colorado a number of times but not once was it during the summer. The boys have never been to Colorado or seen any sort of mountains, with or without snow. Justin and I wanted to change that. We weren't able to get away over the summer like we had hoped and time was running out with fall ball around the corner taking up most weekends, so we decided to throw in a last minute trip to Colorado over Labor Day weekend. We had been talking about the trip for a number of weeks so the boys were pretty excited to load up the car with our stuff and take off on our 8 hour road trip. 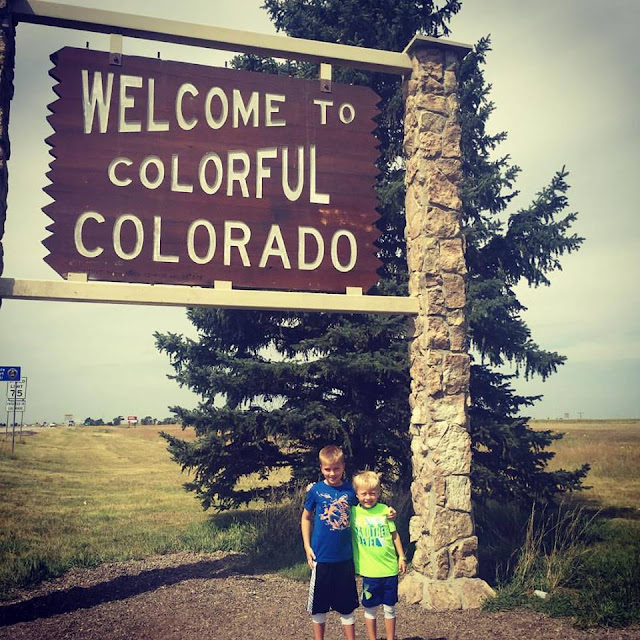 I'm a planner. I don't like the unknown so of course I talked with multiple people about where we should look at visiting and staying. Colorado Springs was pretty much a constant in every conversation. I did a little research on my own and we liked what we were seeing so we booked it.

Our drive to the mountains was pretty uneventful. We saw lots of windmills, wheat fields and a few sunflower fields. We played the license plate game which the kids kept calling "name tags" & even found Maine & Alaska before the day was over! 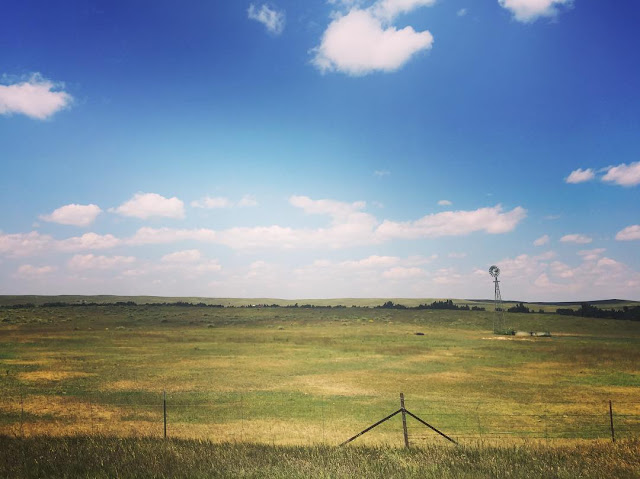 The first stop wasn't our hotel though, it was Garden of the Gods. What better place to get the boys' wiggles out than a park with rock formations the boys can climb around on. We weren't sure where we were going or how long the trails would be but it didn't matter, we had time. Along the route the boys would decide if they wanted to go left or right or even up. The only rule---listen to us! Oh and stay on the path, we didn't need any snake bites! 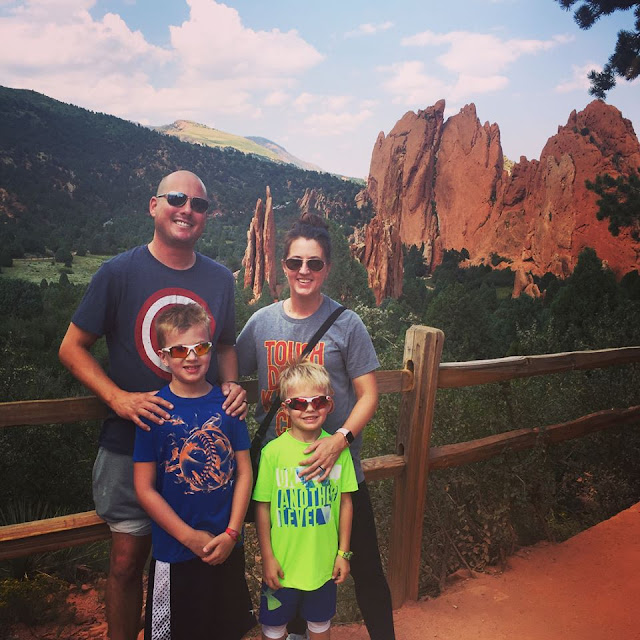 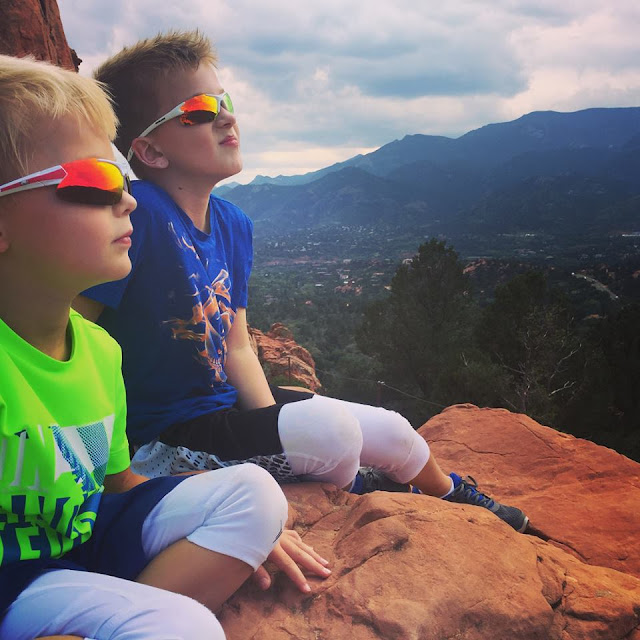 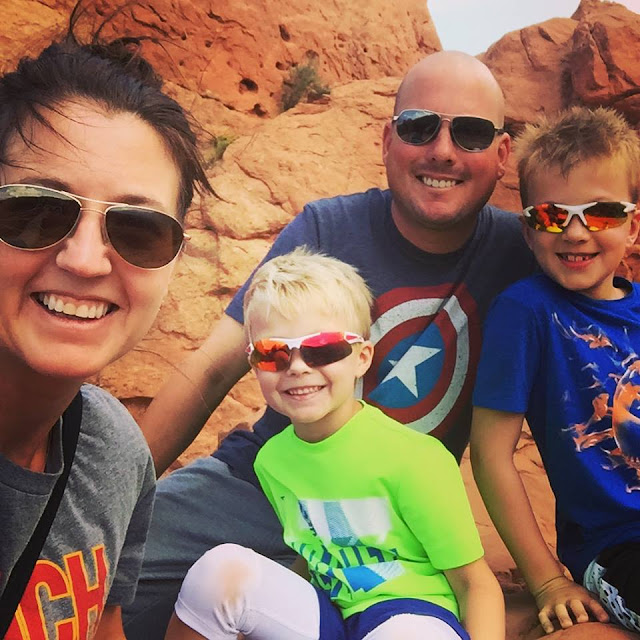 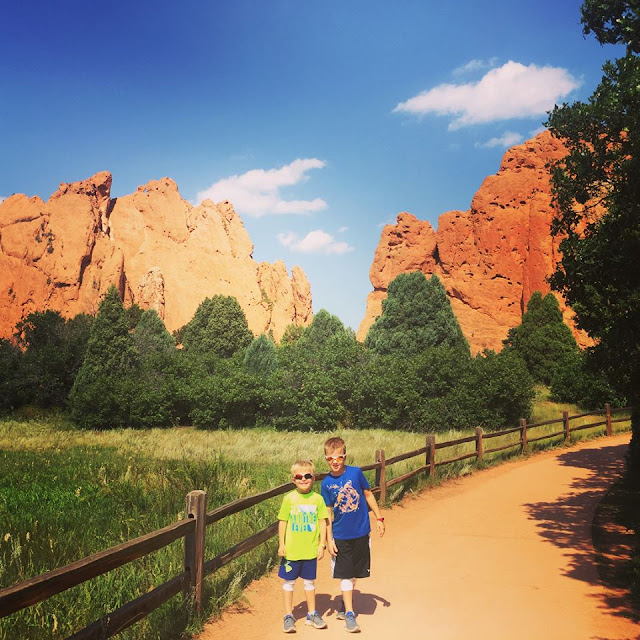 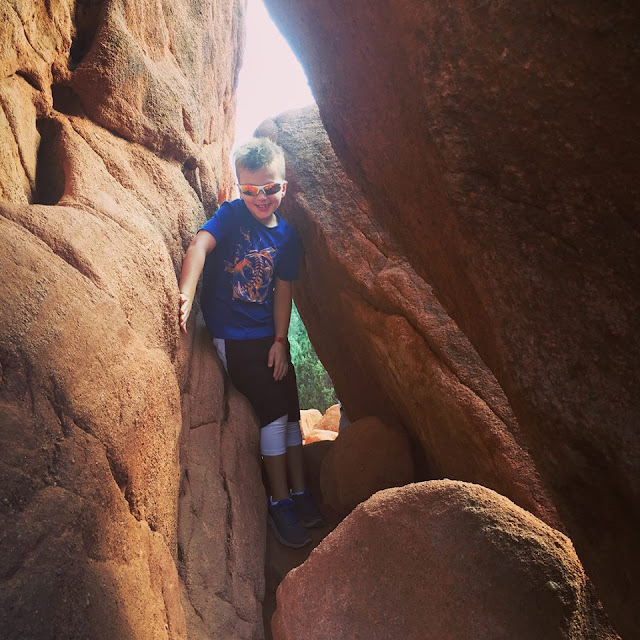 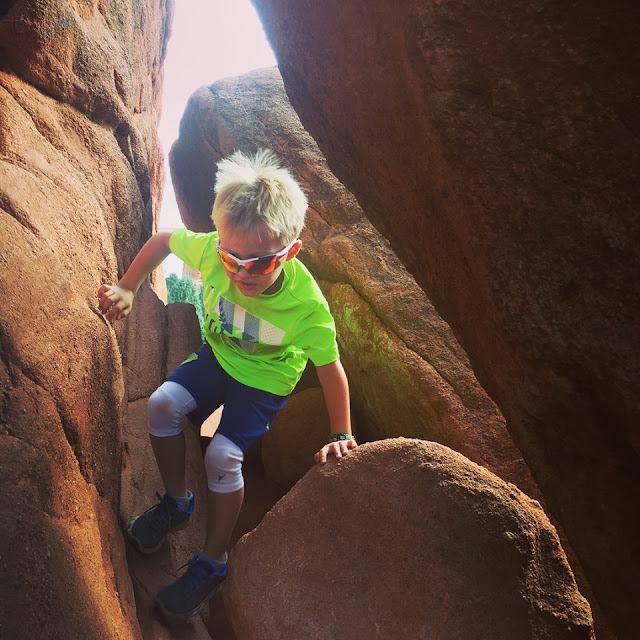 There were rocks that the boys could climb on and then a few that we weren't so keen on them climbing on but they rolled with it and stuck to what we were okay with. We also got to see a number of avid climbers actually full on rocking climbing. Of course both boys now think they are just the best rock climbers out there and couldn't quite understand why we wouldn't let them go all the way to the top. On the way out we also got to see a deer run in front of our path and once across he was a little cornered between a giant rock and people but a berry bush quickly distracted him. 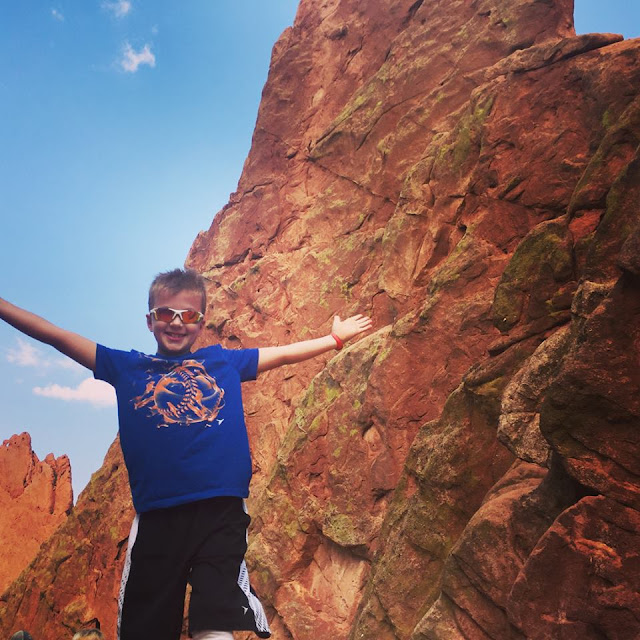 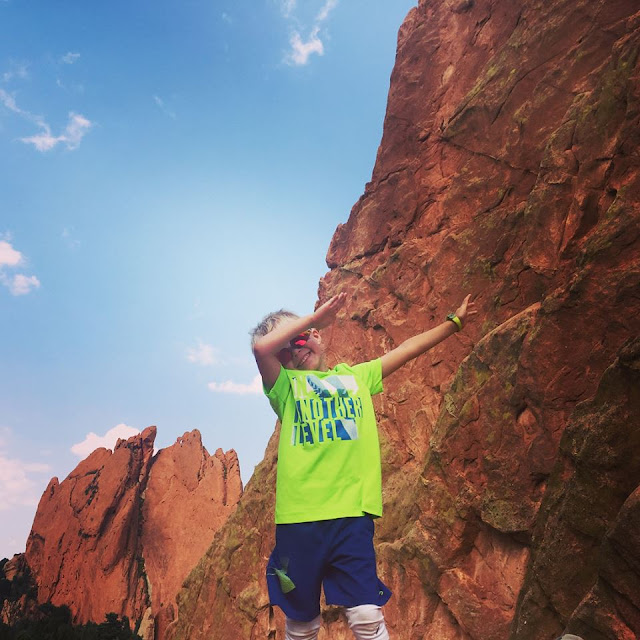 We hear we were quite lucky to have visited on a Friday because Garden of the Gods was expected to be bumper to bumper traffic & super busy with climbers and hikers over the holiday weekend. Nice to see luck was on our side.

After Garden of the Gods we found a local bar and grill, got some grub and then headed to check into our hotel--Cheyenne Mountain Resort. The boys LOVE staying at hotels. Seriously, we took them to Disney one April and the thing they loved the most was the HOTEL!

"Welcome to the HOTEL!" they would say with arms stretched out as wide as possible.

This trip was no different. They were already planning out who would sleep where and where they would put their lovies and blankets that we brought with us. The first night I got the lucky draw of sleeping with Logan and Justin slept with Kaden -- and by lucky, it wasn't so lucky. I had so many jabs to the back from Logan's feet---all. night. long. Before we settled in for bedtime though we took a quick tour of the grounds and wound up at the lake letting the boys check the sand and the pool out for a little bit before ending our evening at the main pool which was heated and had a hot tube--which they only got 3 minutes in but thought it was the best 3 minutes EVER!

Day one was in the books & boy was it a good one. 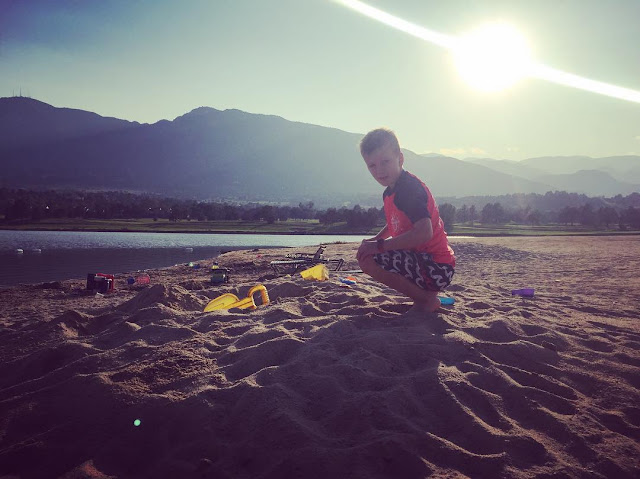