Our last day in Colorado Springs was also our most relaxed day. The only thing we had on our to do list was their zoo, the Cheyenne Mountain Zoo - elevation 6714 feet. We had heard wonderful things about the zoo and how it was built into the side of the mountain. Not to mention, you could feed giraffes---I mean, how cool is that?! We had one boy who was super stoked about the getting to feed giraffes and another that wasn't too keen on the idea.

We arrived just as the zoo was opening, good thing too because out of all my planning the only thing that I didn't do was check when it opened! 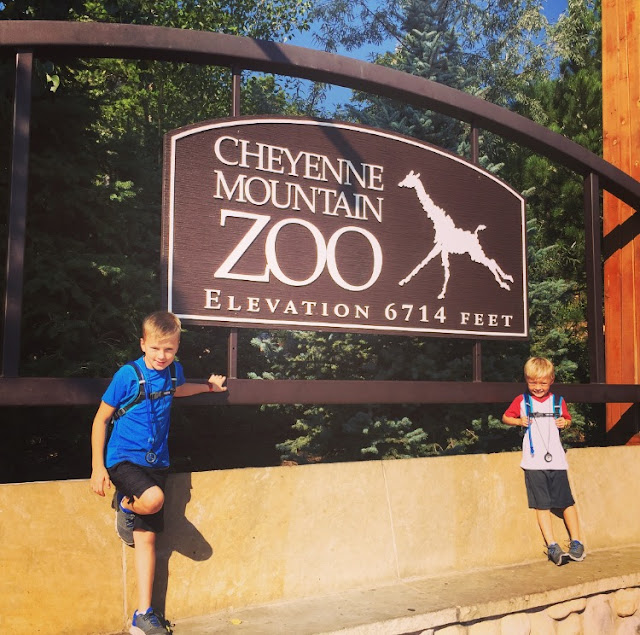 When you first walk into the zoo you run right into the giraffes. They are truly the star of this show and with faces like this, they were getting loads of attention. 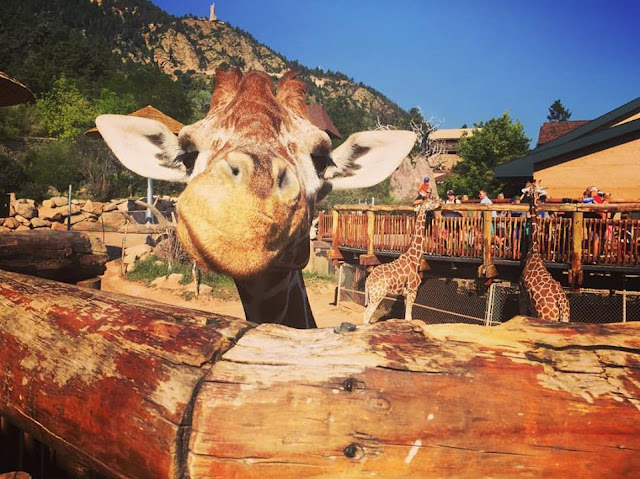 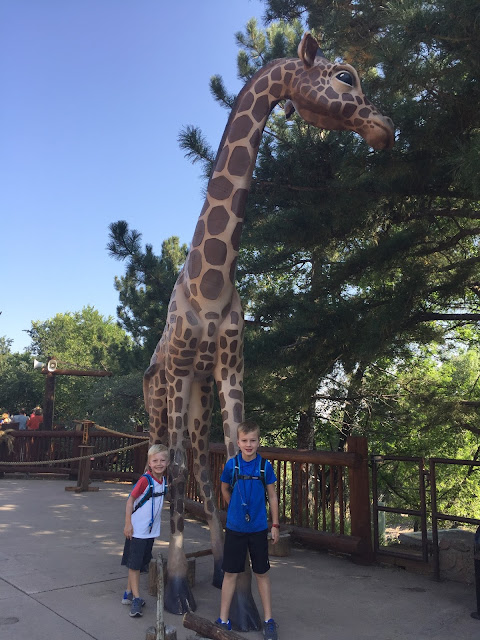 Logan's smile could not have gotten any bigger. It literally stretched from ear to ear. If he wasn't feeding the giraffes then he was trying to pet them. All 20+ of them. 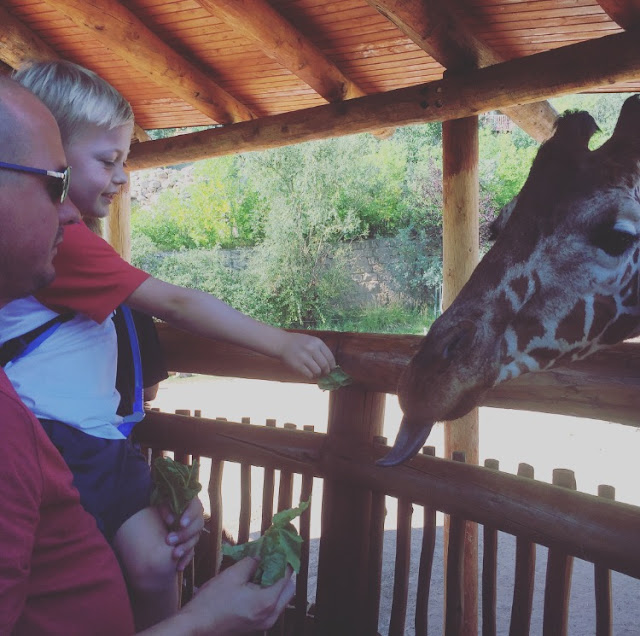 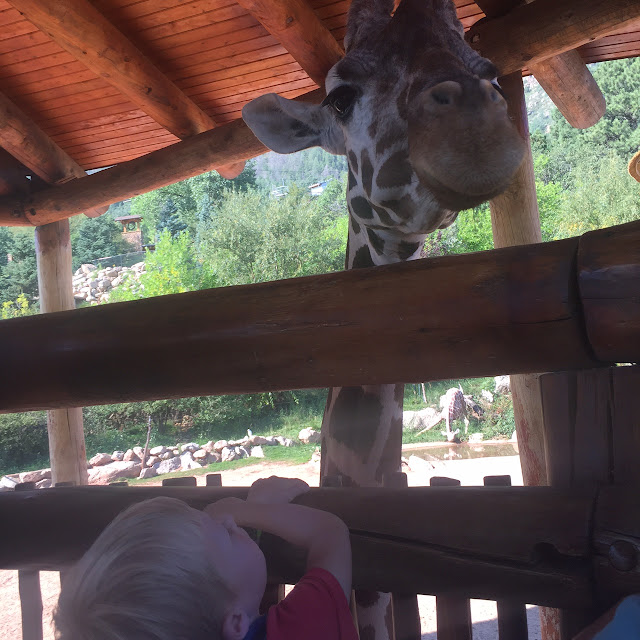 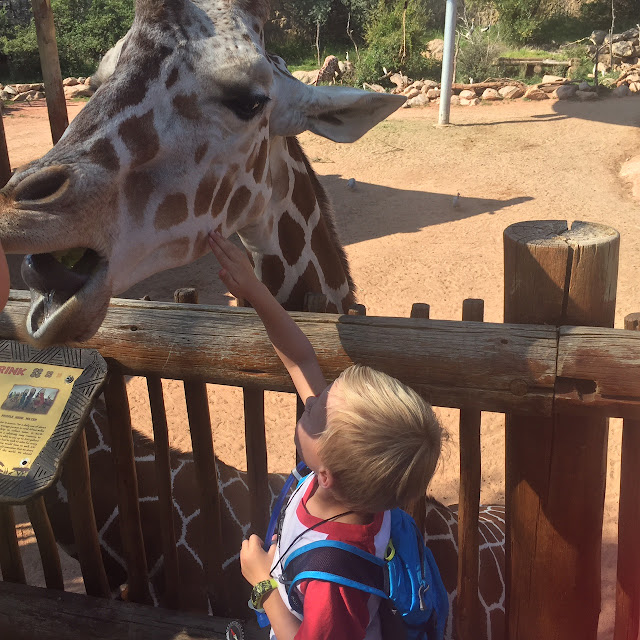 Kaden on the other hand, well, he was staying a safe distance away. He's not all that big on having some huge animal in his face but he still enjoyed watching the interaction we had with them & talked about how cool it was.

Giraffes aside, this zoo was still one of the best zoos that we have been to. Don't get me wrong, the Kansas City Zoo is great BUT it is beyond spread out and most visits we choose to either do Australia or Africa because it requires so much time to cover it all. Here, you just wound your way up the side of a mountain and everything was right on top of each other. So compact. This zoo was very intimate, you felt as though  you were right next to all the animals. & the animals were ALL so very active too. We literally saw every single animal that called this zoo a home & a lot of these animals are ones we do not have at the Kansas City Zoo.

(Logan was often in charge of choosing where and when we would take a picture.) 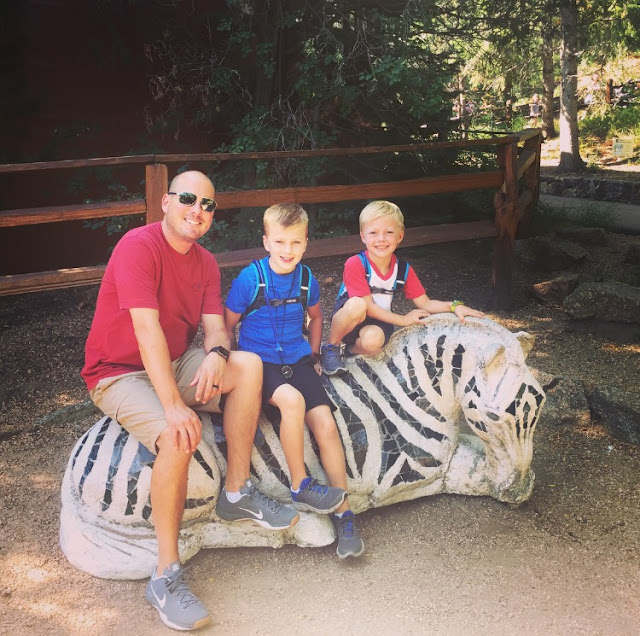 Our second stop was to visit the lions. There were two female lions and while one laid there looking all stoic, the other was incredibly playful. I wish I had captured it on video but she was playing with one of her toys---a cat and mouse like game. She would swipe the toy behind a pole with one paw and then swipe it back out with the other and if it got too far from her she would run, pounce and slide into the glass right in front of our faces. We probably stood there for a good 15 minutes watching her play & just as she decided to lay down, the other got up and was ready to play. 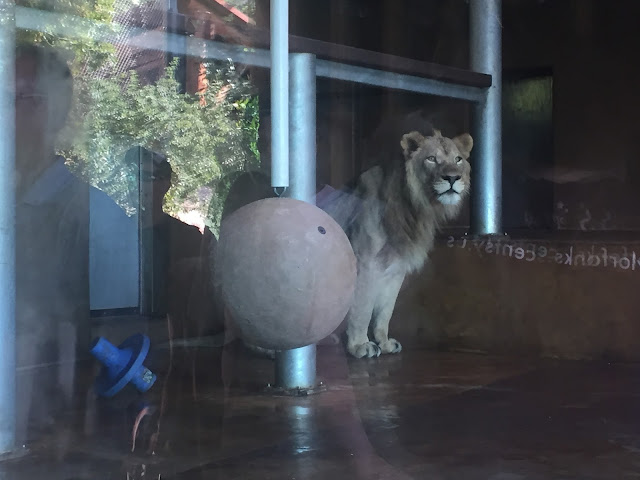 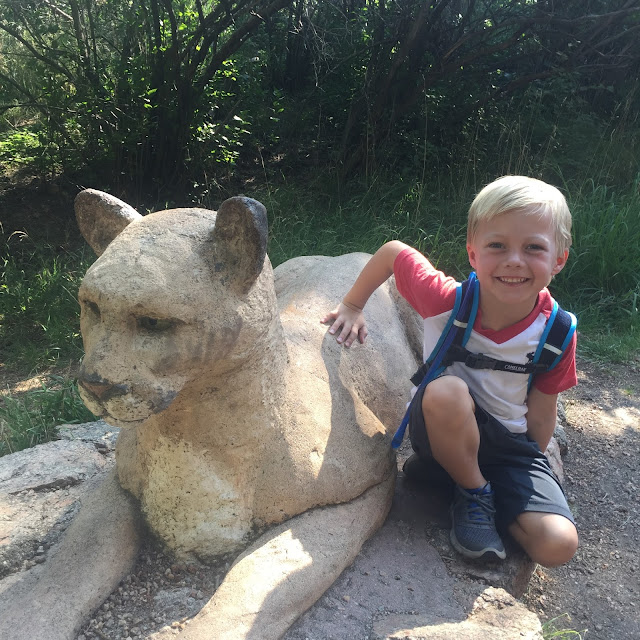 When we first walked into the monkey house the zookeepers were trying to get their female sloth to come out of her hammock but she was pretty active the day before and she would only give them her paw. So we moved on to check out the black bears but on the way back by they had opened her window and asked her to come out again & she was. A rope connected her indoor hammock to an outdoor tree and hammock and she was making her way to the outside perch. They were asking her to come out by using grapes and green beans--two of her favorite treats. & then Kaden started asking questions---do all sloths like grapes and green beans? How long do they sleep each day? Do you let her stay out here at night? All of which were great questions and he learned that they sleep anywhere from 15-20 hours a day and the speed that she was moving was really as fast as she goes. That sloths are very calculated with their movements so not to waste any extra energy since they have very little of it in the first place. We learned that they offer her the ability to go back into her inside home if she'd like but she doesn't always at night because she doesn't want to move. We also learned that in about a month they will stop offering her the chance to come outside because they'll open the window and she will peer out but will decide it's too cold and just stay put. It was all very interesting and again, so intimate. 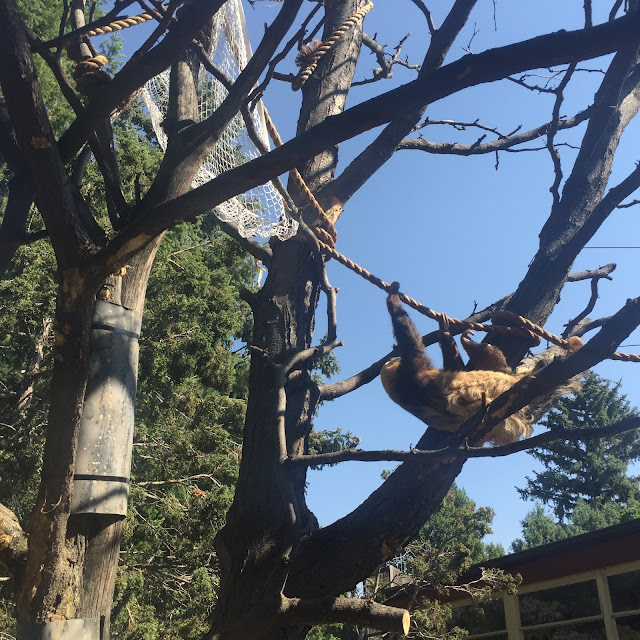 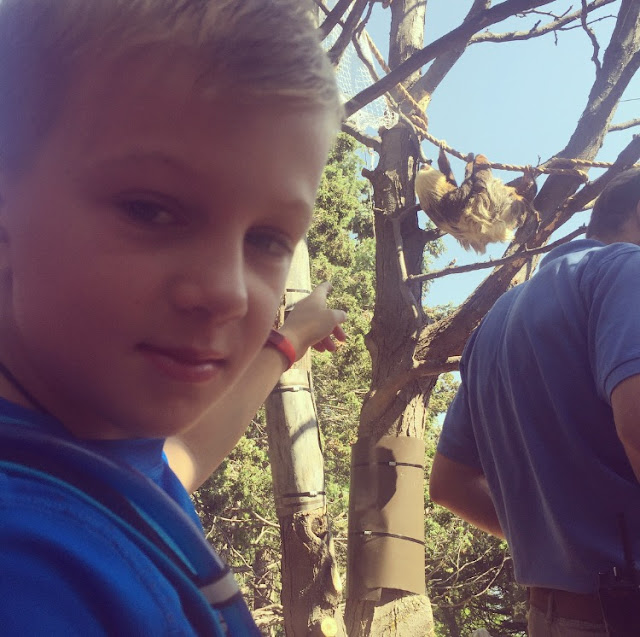 And what visit to the zoo would be complete without a trip on the carousel. They each picked out their own horse--Logan got Chief, total coincidence too. 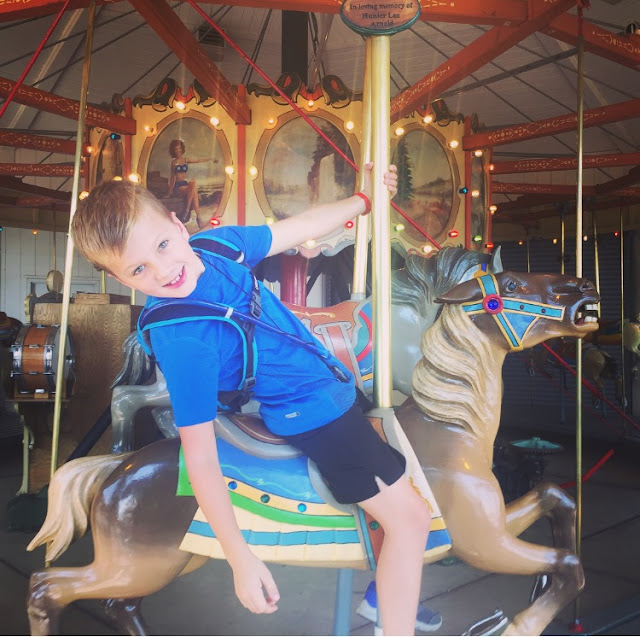 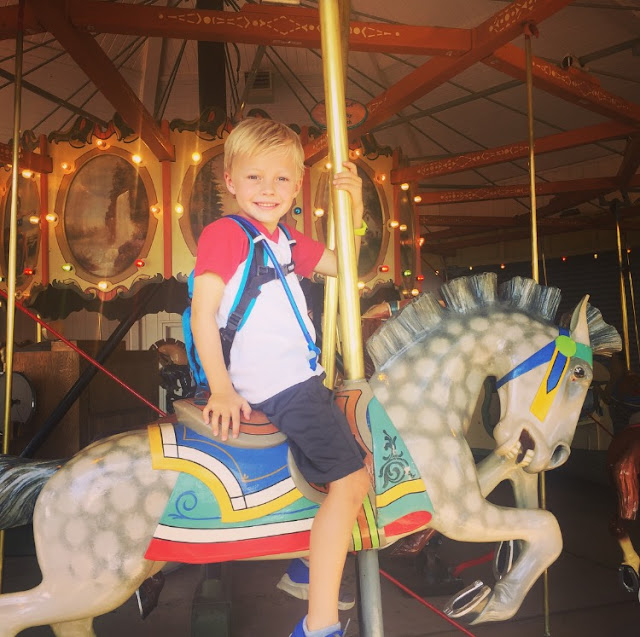 We got to see a "MOOSE" and Justin even tweeted this picture to our favorite Royals player, Mike Moustakas. 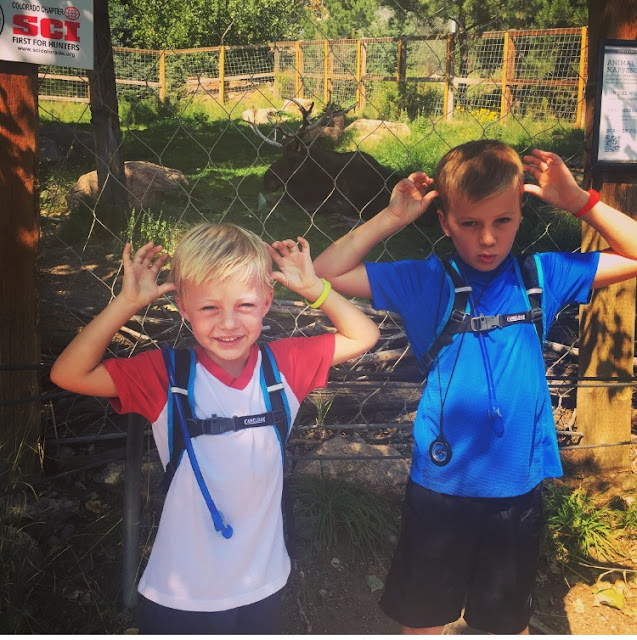 We saw a mountain goat who climbed up on top of his shelter. A female wolf. Two porcupines being fed lunch. These cute little kitties called Canada lynx who happened to be born on little man's birthday, May 6, 2017---so of course he wanted a picture with the sign. We fed little parakeets & took a few pictures with a wallaby, who were just out and about with us chilling. 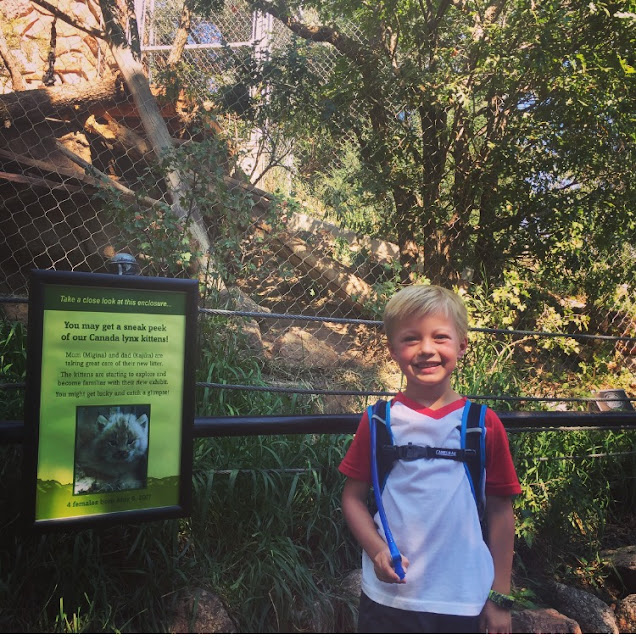 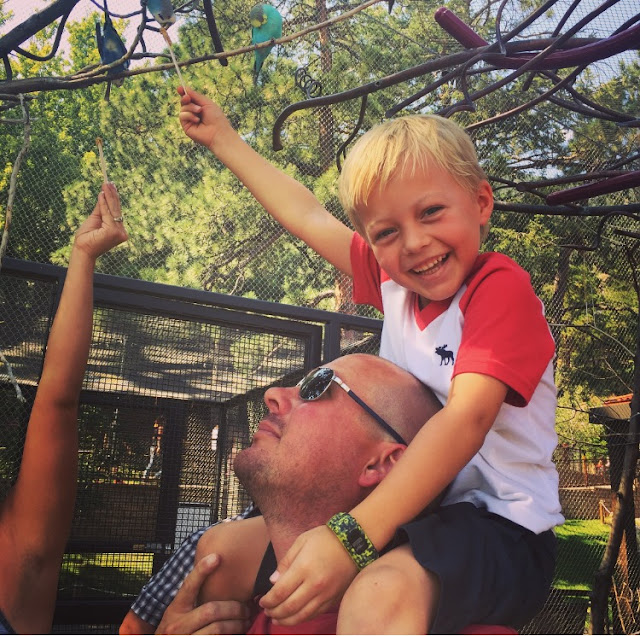 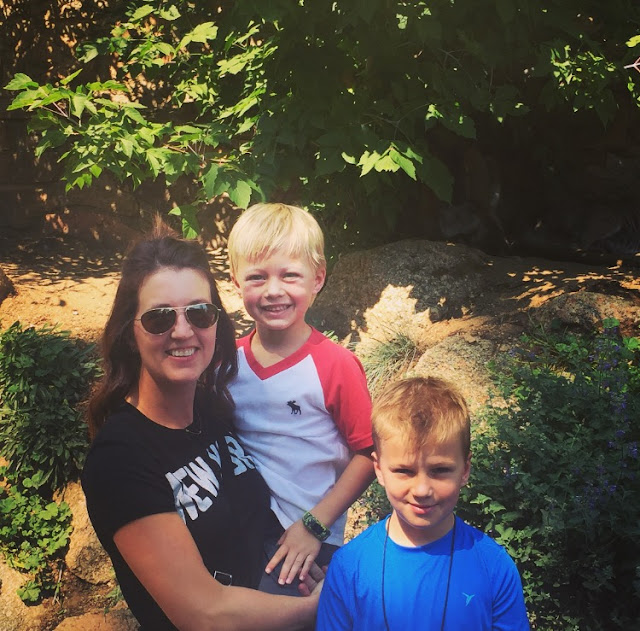 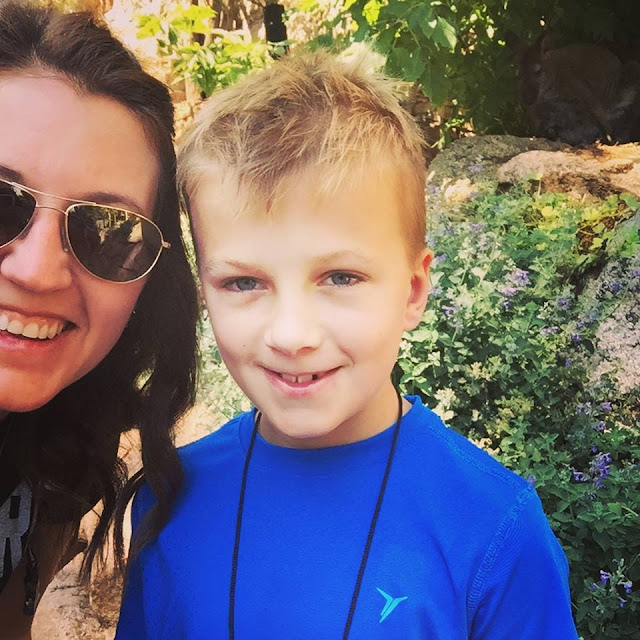 We saw a few mountain lions, a tiger who would walk from one side of his habitat to the other over and over for us. & we of course saw elephants and alligators, snakes and beavers. 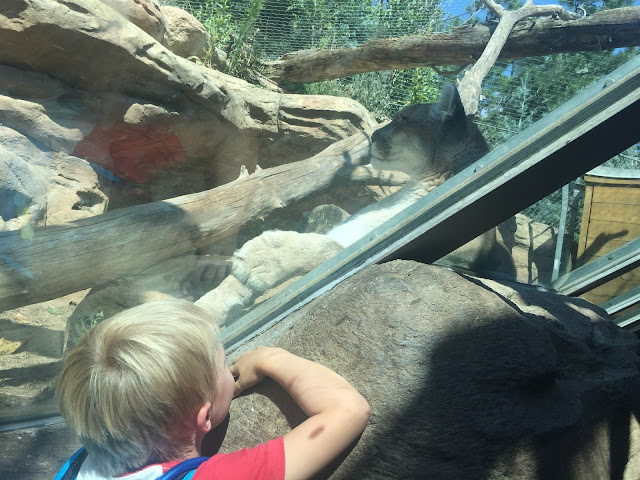 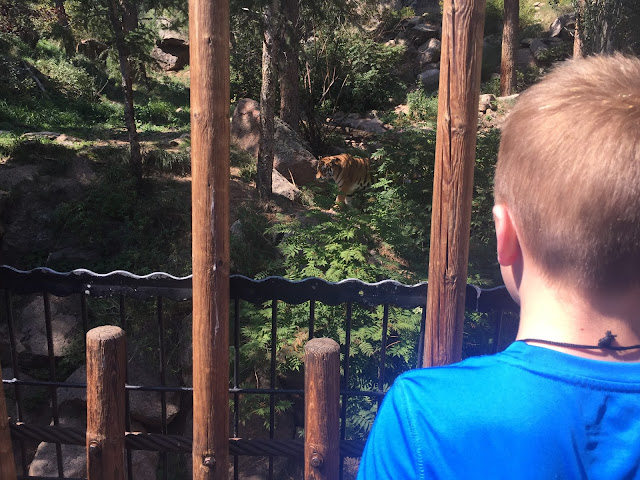 & before we called it good for our time at the zoo we took the ski lift to the top of the zoo for a little family picture with all of Colorado Springs in the background. 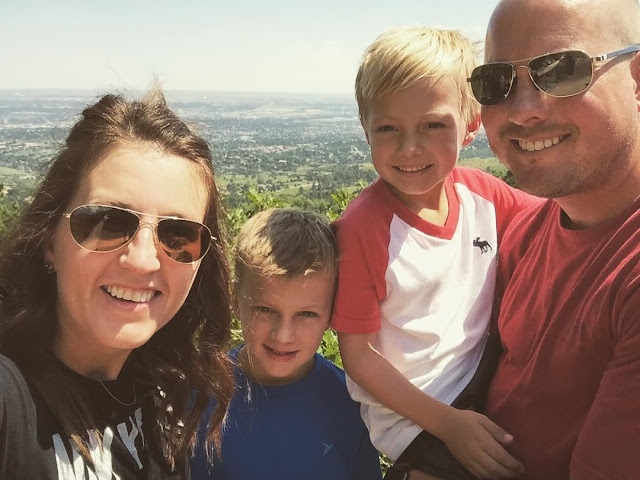 As we were headed out the zoo we walked by the giraffes again and we couldn't help but feed them one last time before hitting up the gift shop. Logan and I were the most excited about it but Kaden did "hold" onto my arm and "push" it up to the giraffes mouth to "feed" one. I was pretty proud that he pushed a little bit of his fear aside to do that too. 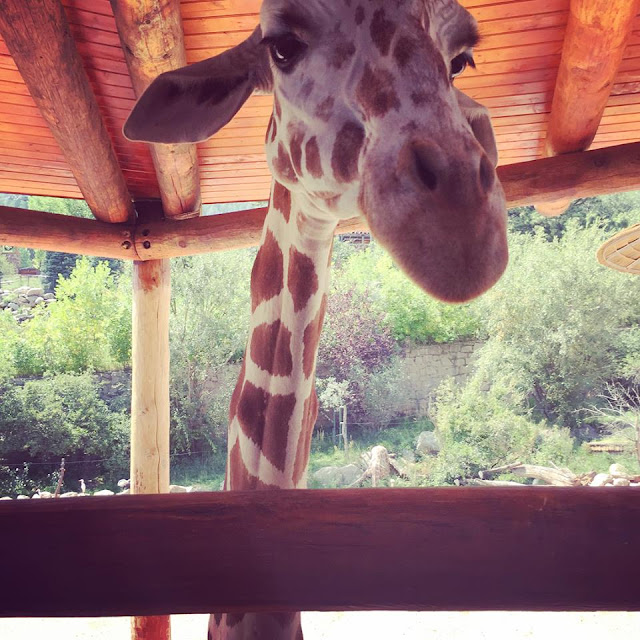 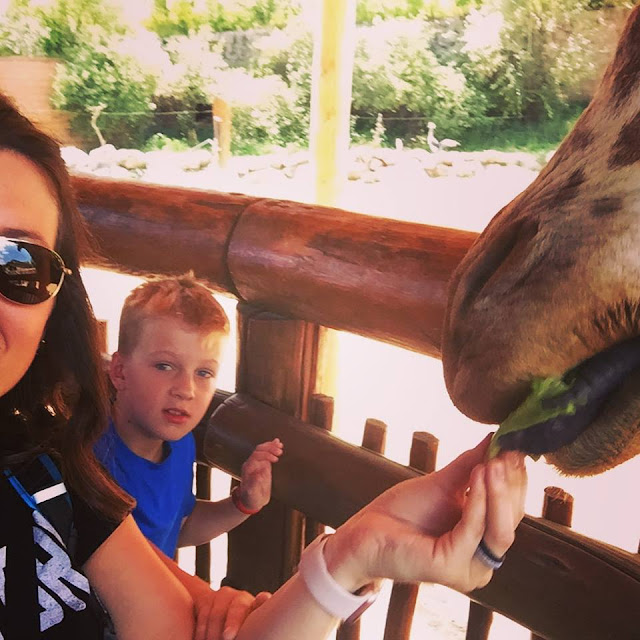 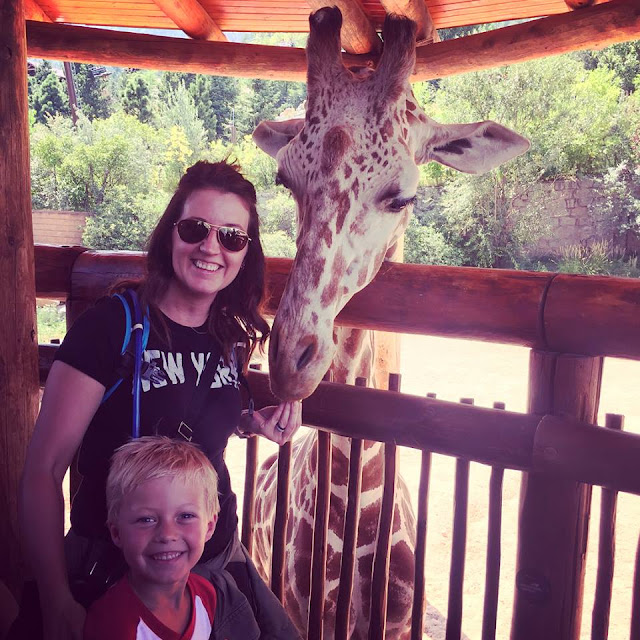 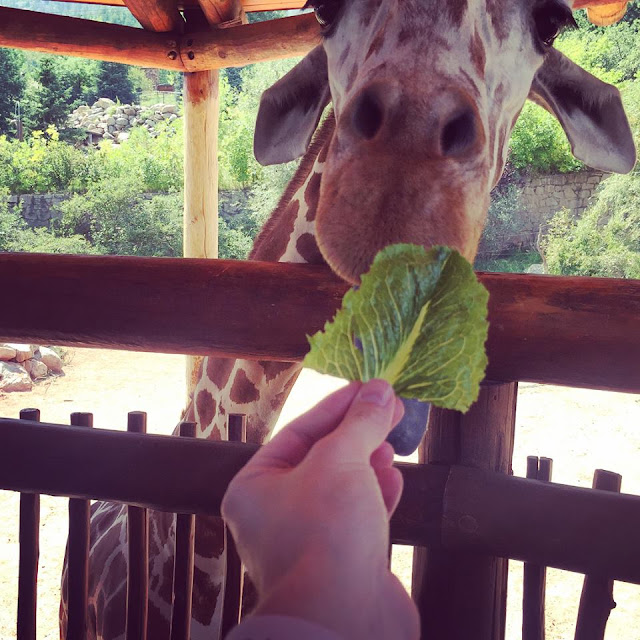 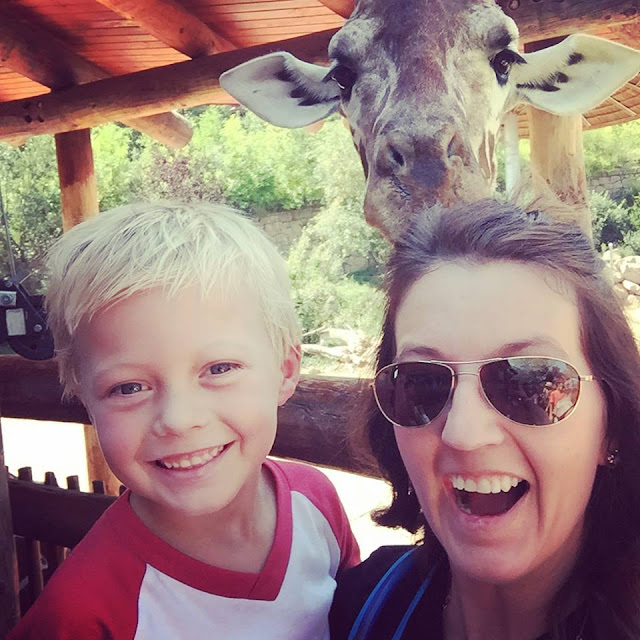 At the gift shop the boys both got to pick out a little something to take home with them. We pointed to a couple medium size stuffed animals and then even pointed at some large ones but nope, Logan wanted to of the little stuffed animals--a cheetah and a giraffe & Kaden went with the same cheetah and then a Rubik's cube key chain that had animals on it. Sadly, that didn't last long and it was broke in a matter of minutes but we are going to try out best to fix it--or find another one!

That evening the only thing the boys wanted to do was swim & order room service. So that's what we did. They spent most of their time in the water but once in awhile they wanted to take a break and when they did, we played a little family game of Phase 10. The boys (Justin included) had never played so it was Daddy and Logan vs. Mommy and Kaden---we didn't finish the game until we returned home but Kaden and I dominated. 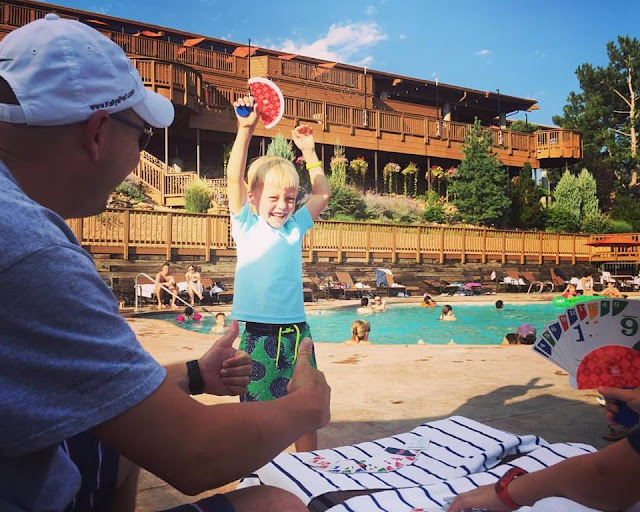 To say we LOVED every minute of our time in Colorado Springs would be a huge understatement. It was so family friendly with so much to do and the weather was beautiful. It was the perfect little holiday road trip to recharge our batteries and to remind ourselves what life is really about--building memories that will last a lifetime with my three loves. So it's not goodbye, it's see you later--we will certainly be back next year. 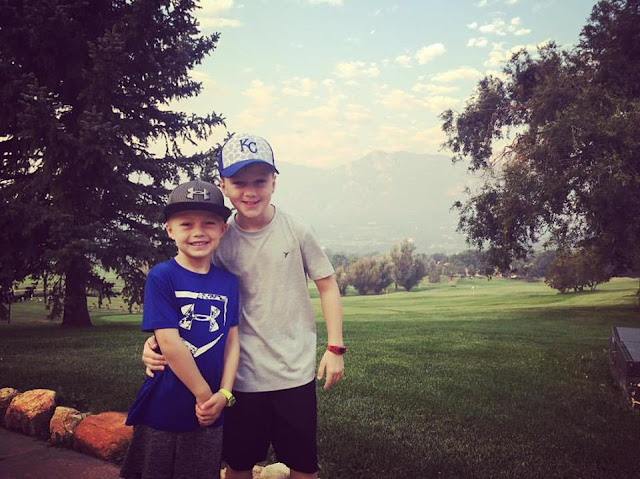