Out of the entire trip there was really only one place we needed to be at a certain time & that was the Cog Railway to take a train to the top of Pikes Peak. We had a 9:20 am departure and was told we had to be there about 30 minutes beforehand but no more than 40 minutes before departure. The window was small but thankfully the resort and a buffet breakfast available & it wasn't very busy at 7:30 in the morning. Plus, the kids ate for free--up to 11 years of age, they asked how old Kaden was and I think they were a little surprised by the response they got. He may look older than 8 but no way does he look 11--at least if he does, don't tell his already sentimental mom that he does!

Both boys loved our little morning breakfast at the lodge, how could you not when you had this kind of view of the mountains. & all you could eat of yummy pancakes and waffles. 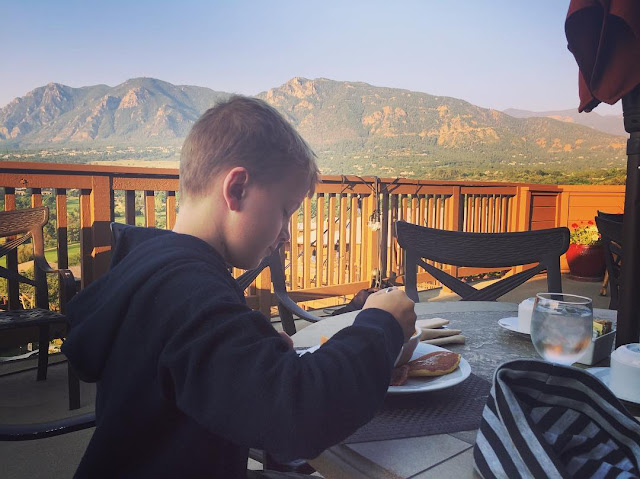 Although the train depot was only a few miles away Waze said it would take about 20 minutes and 20 minutes it took. We weaved in and out of a quaint little downtown area where we could have spent hours just piddling around.

Once we had arrived we asked if we had made reservations and Justin handed ours over and the nice man congratulated us on making the smart choice--I guess not everyone makes a reservation and just shows up in hopes they will get on and most of the time, they don't. Anyways, we parked and headed to get our tickets & then to the souvenir shop. Both boys picked out a compass as their souvenir and then we got three postcards. One for our friend Hannah whose class is trying to collect a postcard from each state & then one for each of the boys. I wrote to Hannah, and the boys wrote on themselves and then we mailed them once we returned to the hotel. We actually decided that we will add fourth color of push pin to our travel board and start pinning places where postcards come from--Grammy is starting to travel a little more and it will be fun to pin a few new places!

But back to the Cog. You could hike, bike, drive a car or ride the train up to the top of Pikes Peak. Hiking and biking were definitely out. We could have driven our car but we wouldn't have been able to enjoy the views as much as we did on the train, so the Cog it was. Plus, the boys love trains & they even asked if Papa Tom had driven this one before--sorry buddies, not this one.

We had about an hour and half ride up the mountain. We passed the time by playing a few games of "name that animal" and Rock, Paper, Scissors but mainly we just took in the view. 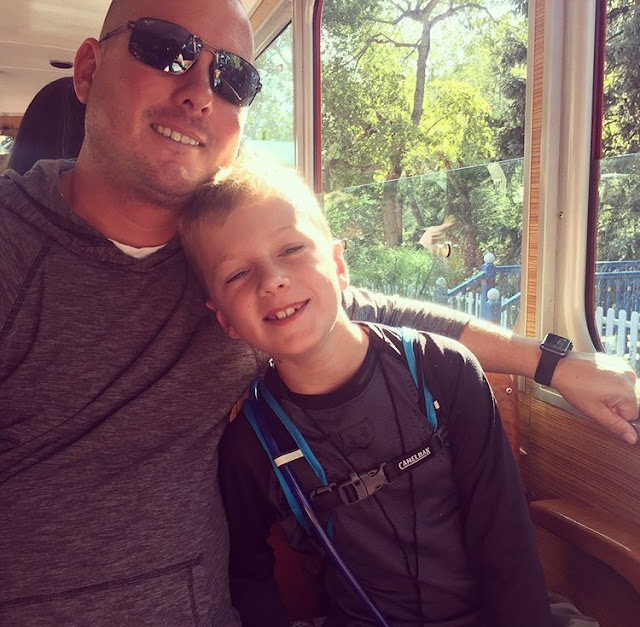 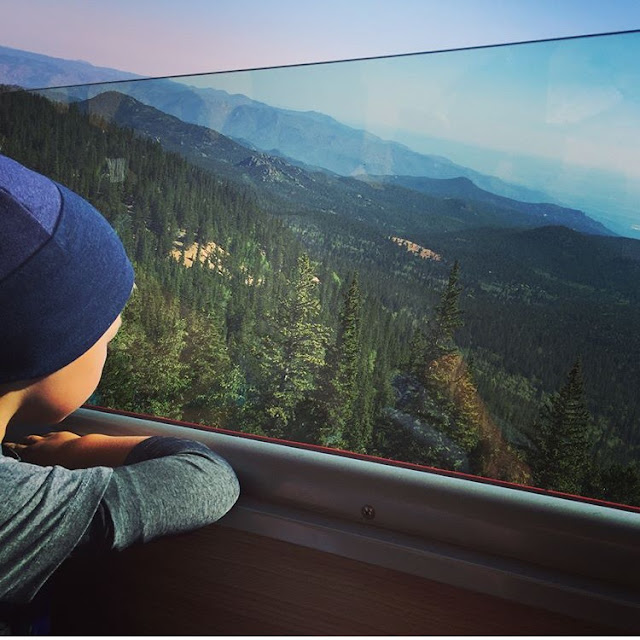 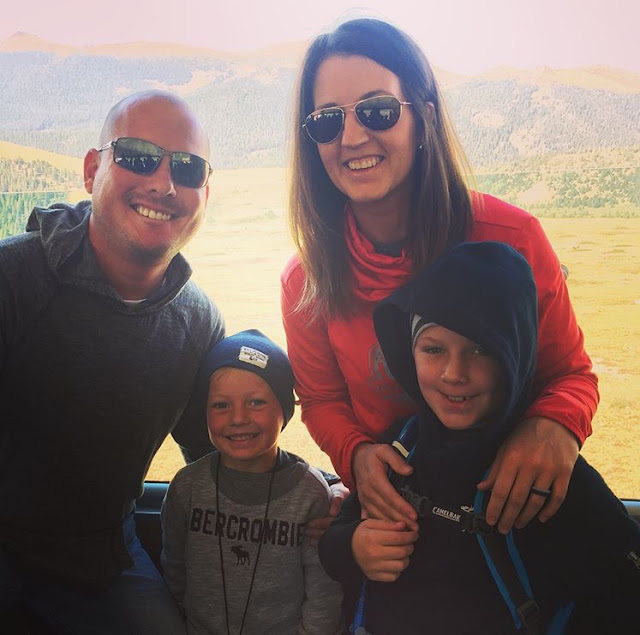 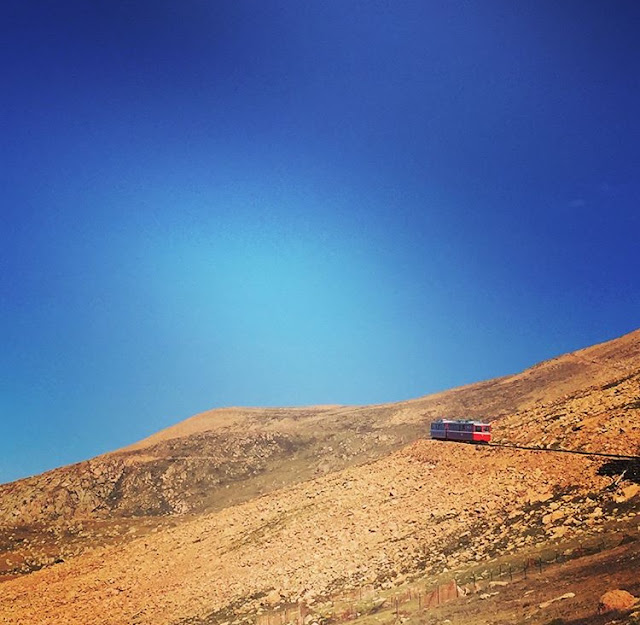 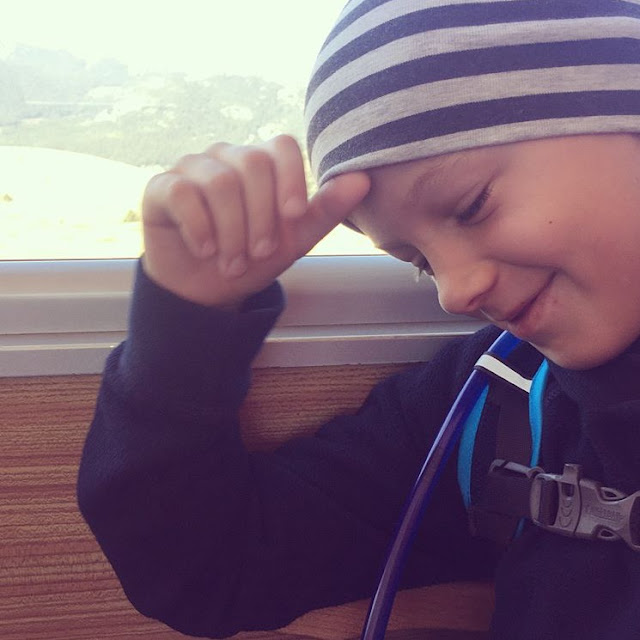 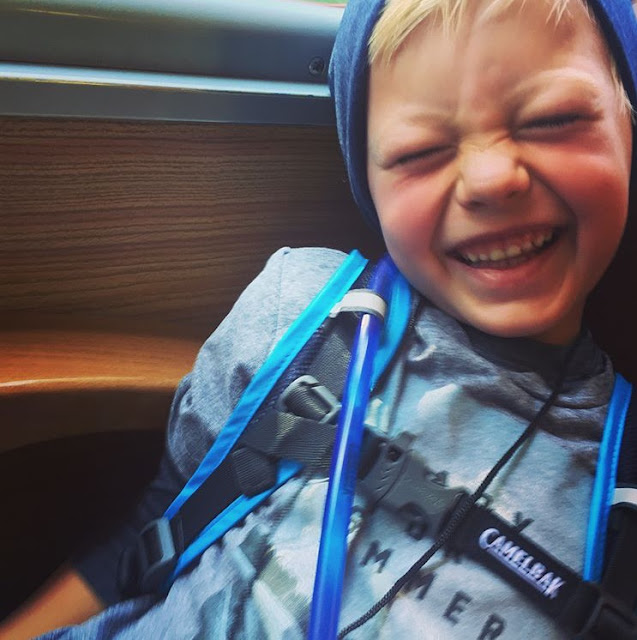 The boys didn't quite get why I brought their coats and made them wear their hats but once they stepped out onto the top of Pikes Peak the were begging for their coats. It was somewhere between 30 and 40 degrees which was about 40+ degrees cooler than it was at the bottom of the mountain. 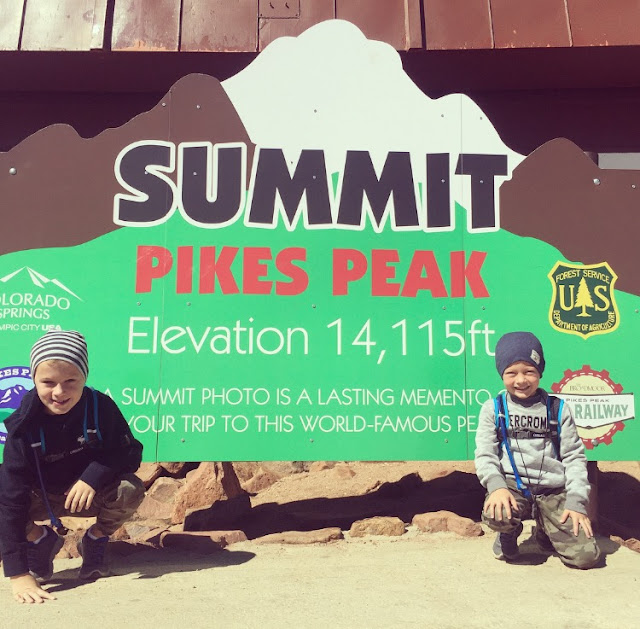 We weren't as easy going at the top of Pikes Peak as we were at the Garden of the Gods. The boys had one rule---STAY by us. Not just listen, but stay. We kept our distance from the sides too. If it were just Justin and I, we would have probably ventured a little further down into the rocks but I was worried what one small slip of a foot would turn into. My mom fear got the best of me. 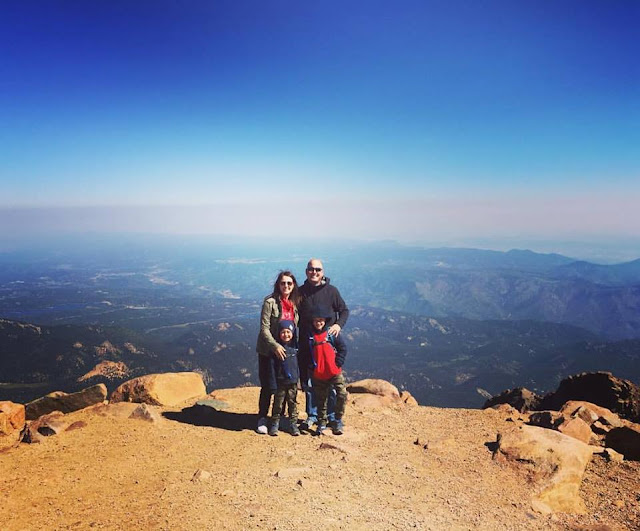 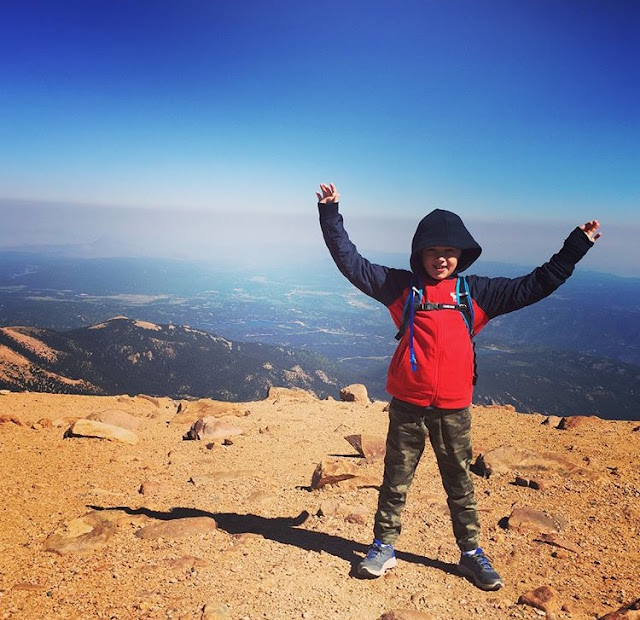 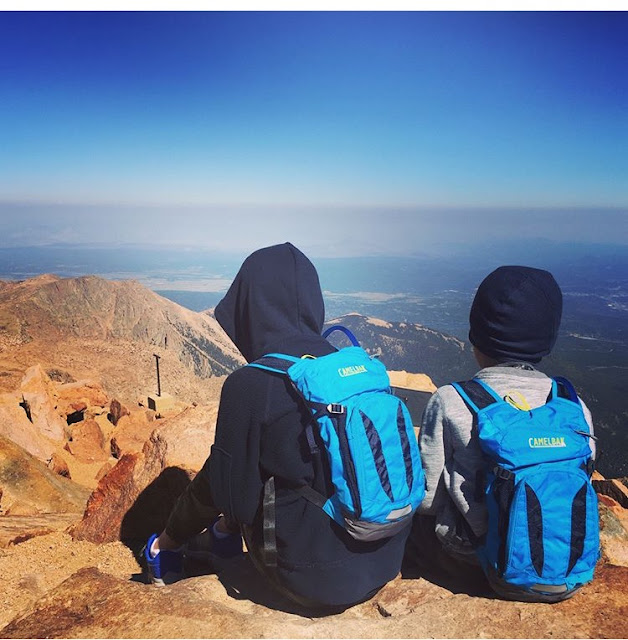 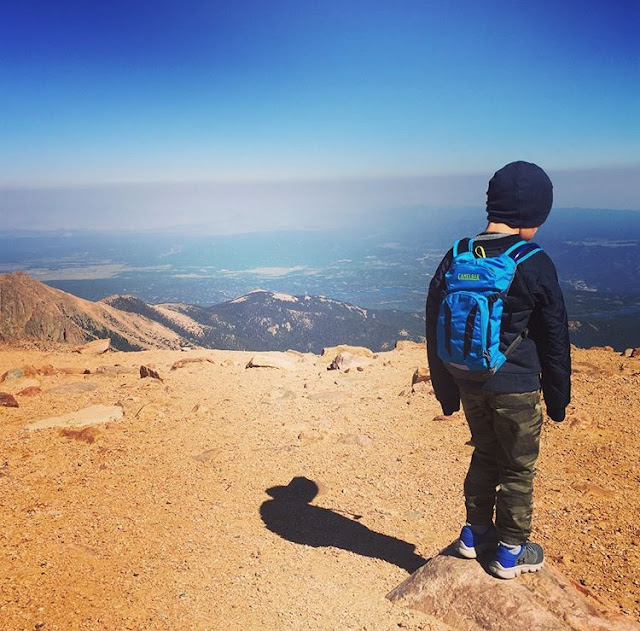 We had about 20 minutes on top of the mountain before our train had to start its decent so we made the most of it. Restrooms. Pictures. Hot Chocolate. Rest Rooms again. 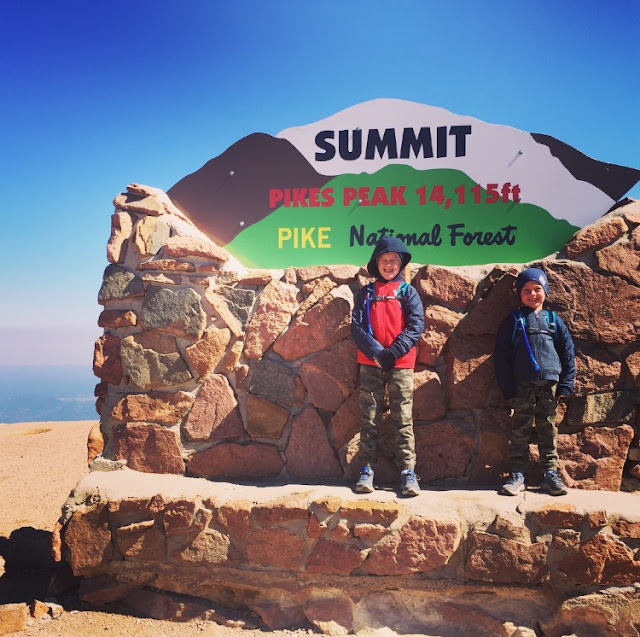 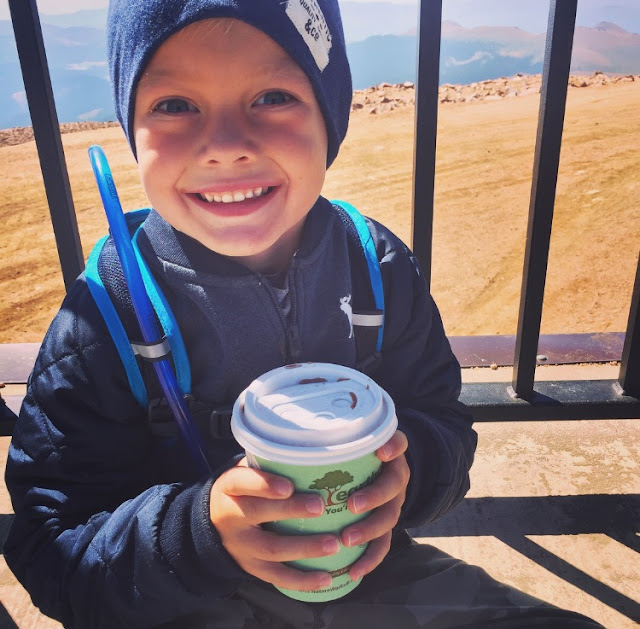 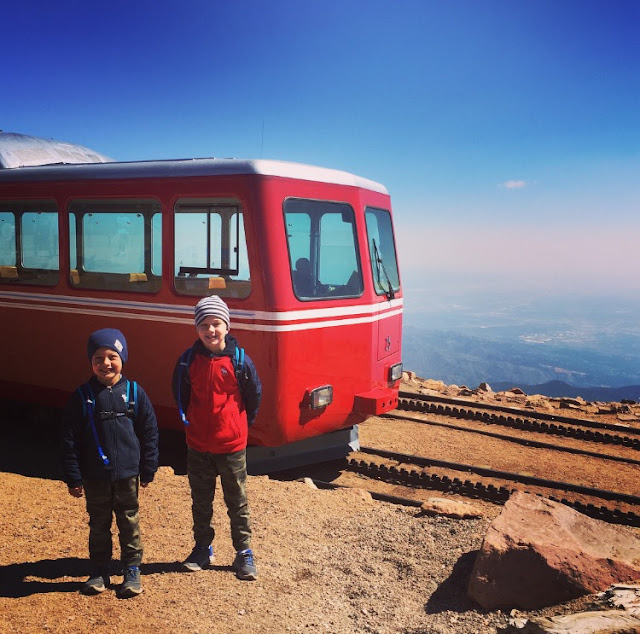 & on the way back down Logie fell asleep in my arms which is always a treat. 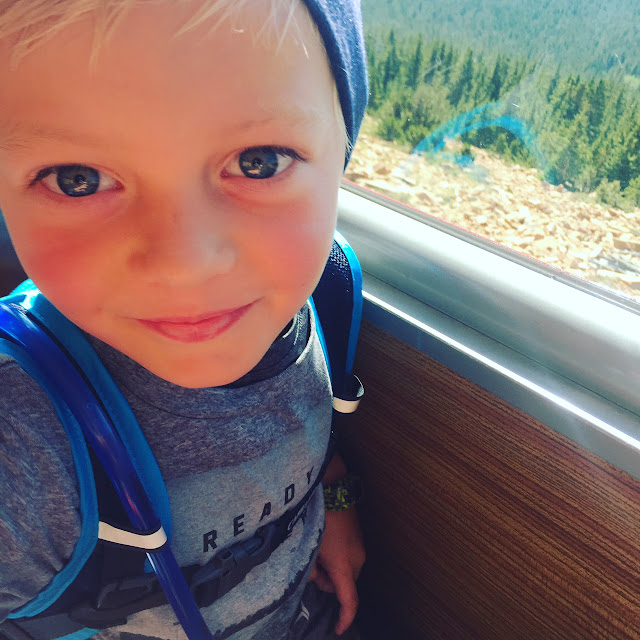 We quickly jumped off the Cog, loaded up in the Yukon and headed off to grab a quick bite to eat. Even though our next activity didn't have a start time till 6:10, which was well over 5 hours away, we wanted to plenty of time to piddle paddle around Denver. That's right, we were driving up to Denver to check a bucket list item off for the boys. Or us. Whatever way you look at it, we didn't have a lot of down time before needing to hit the road so we could enjoy a little of downtown Denver.

We were headed to a Rockies game which just so happened to be on Blake Street so we of course had to take a picture with the street sign and send it to Cousin Blake--photo cred goes to Kaden. 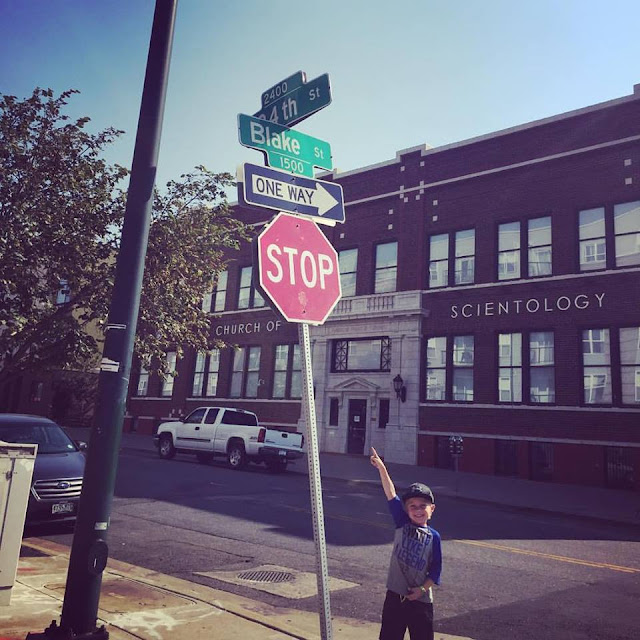 & then we went to the View House. It was a recommended by a local friend of ours & he was right, plenty to do for the boys in their outdoor area but sadly, they were all taken. What were we expecting, it was after all Labor Day Weekend and game night. They settled for a picture & we hung out in the bar watching opening day of college football--I know, we are awesome parents but hey, they did have a kid's menu so we can't be that bad! 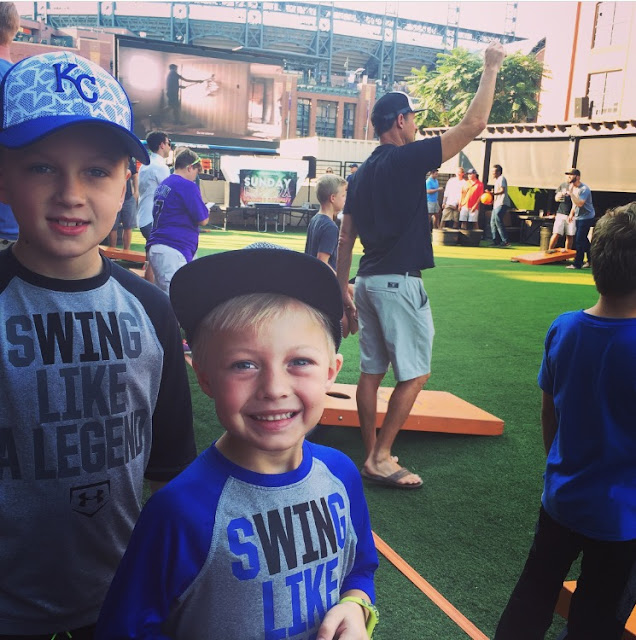 Coors Field marks the 6th ballpark the boys have visited. It is our goal to get the boys to a new ballpark (or two) a year. We fell short last year and thus a last minute trip to Denver this year so we could get back on track. So far they have been to Miller Park in Milwaukee, Target Field in Minneapolis, Global Life Park in Arlington, Wrigley Field in Chicago (although our game got rained out, we had the tickets and made it there before it got called so to us, it counts) and Kauffman Stadium in KC--our home field with the Royals. We are slowly but surely checking off all the Midwest teams before venturing too far east or west--except I can see Oakland Coliseum and AT&T Park happening sooner rather than later due to having family living in the area. 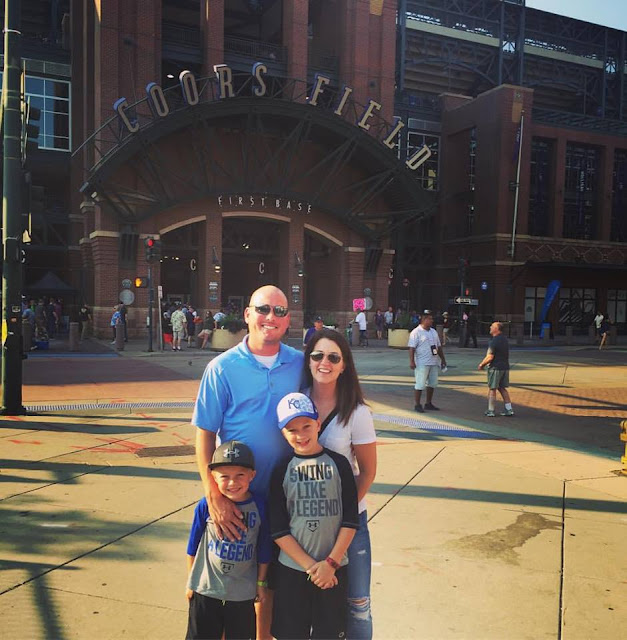 Justin did an awesome job picking out the seats for the game with not knowing much about the ballpark. He chose to sit behind home plate and we ended up on the last row which was perfect with the boys. The sun was never in our eyes, we could see every part of the game and even though the Royals weren't in town (Greinke & Holland were though), the boys were very engaged. It was a great game to help teach Logan the "game" of baseball a little more--Kaden was all over calling where the play was when a new batter came to the plate & Logan caught on very quickly. & the weather couldn't have been more beautiful to take in a ballgame. 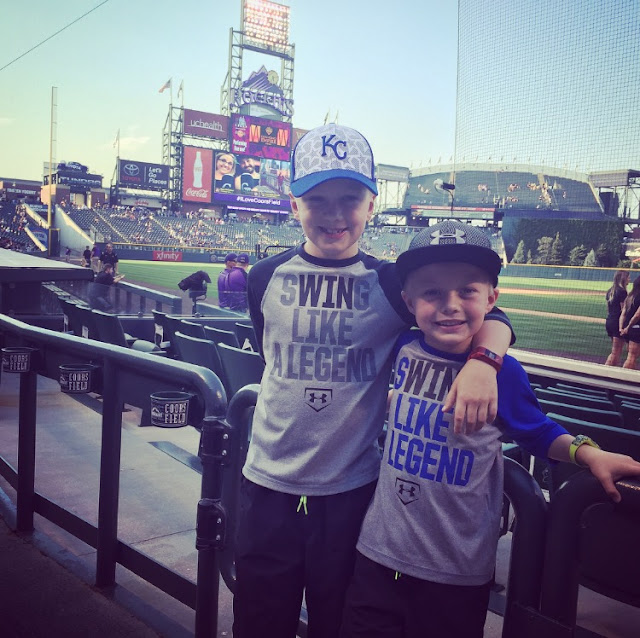 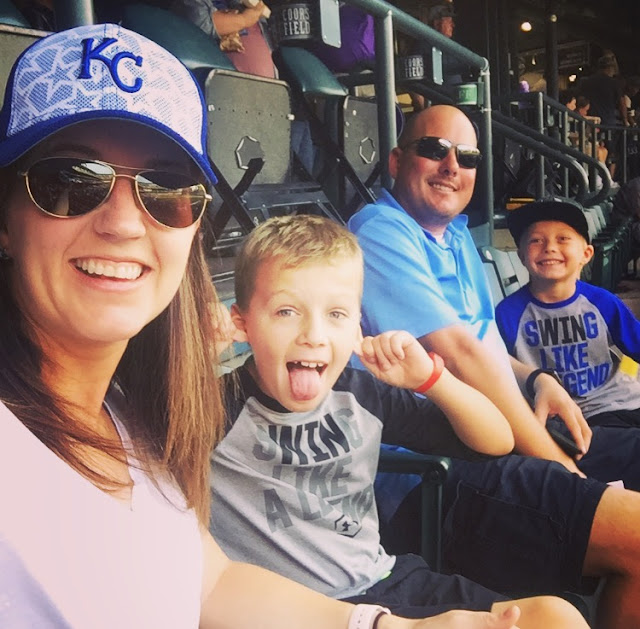 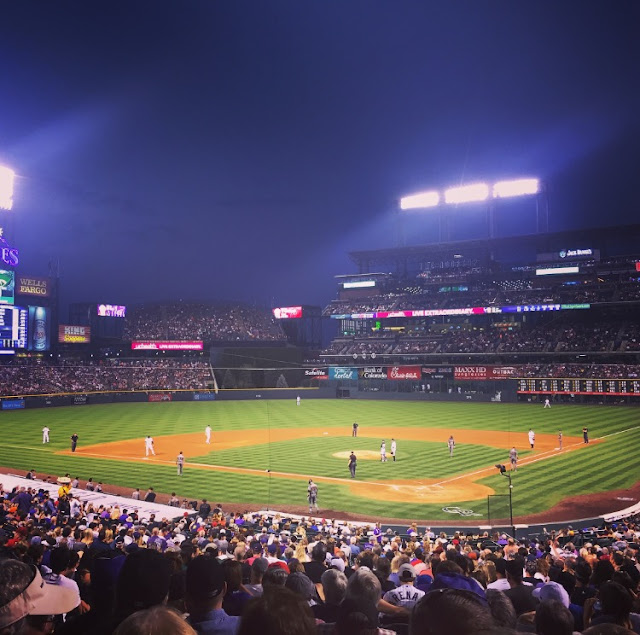 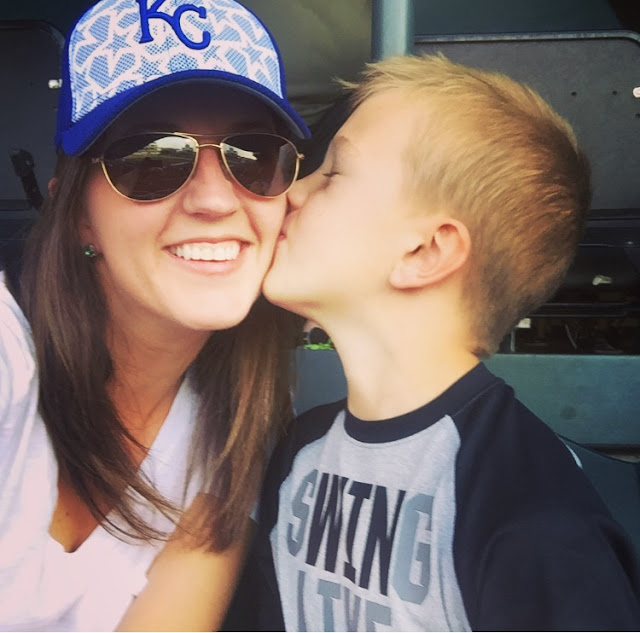 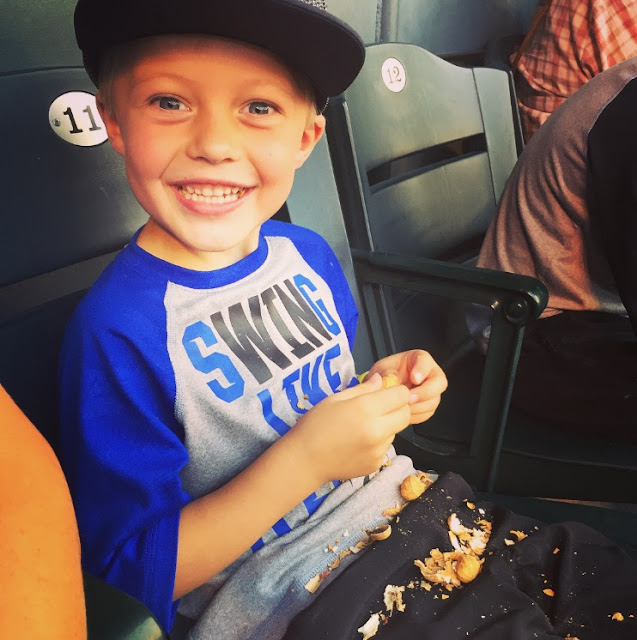 We made friends with both families that sat next to us. One couple, an older couple traveled in from Wyoming for the series---they do a few trips a year to catch a couple different series at Coors Field and have been to most every ballpark---just chatted it up with Kaden. I'm not sure who enjoyed their time more, them or Kaden. & then the other family had a son who was off to the Air Force, he was decked out in his dress colors. Both mom and dad were also in the armed forces, the father being a retired marine. They were from Southern California & I believe they both attended USC but were in town visiting for the holiday and decided to take in a game with their son. They were so friendly and so very kind to the boys too--offering to share their cotton candy but after about 6 innings the exhaustion from the long day started to set in with us all. Plus we had a little over an hour drive ahead of so we called it good. We said our good-byes to both families and wished this wonderful young man good luck. We prayed that God would be with him as he defended our beautiful nation & then we started our drive back to Colorado Springs.
Posted by Kayla South at 10:02 AM