Wow, summer flew by in a flash and somehow, we now have a first grader and a second grader. CRAZY! But as fast as the summer went, both boys were ready to get back to school and to see all their friends they had missed over the last few months.

Logan was so excited to learn that one of his best buddies was going to be in his class but at the same time was super bummed that a few of this other best buddies weren't. Thankfully they all take recess together and he knew he would get to see them there.

We always get the boys a fresh haircut to start the school year off and we were just planning on a little trim for Logan but then he announced he wanted his sides to be short and although he hasn't the cutest locks, we went with it. It's crazy how taking a little more hair off the sides can make him look so much bigger. 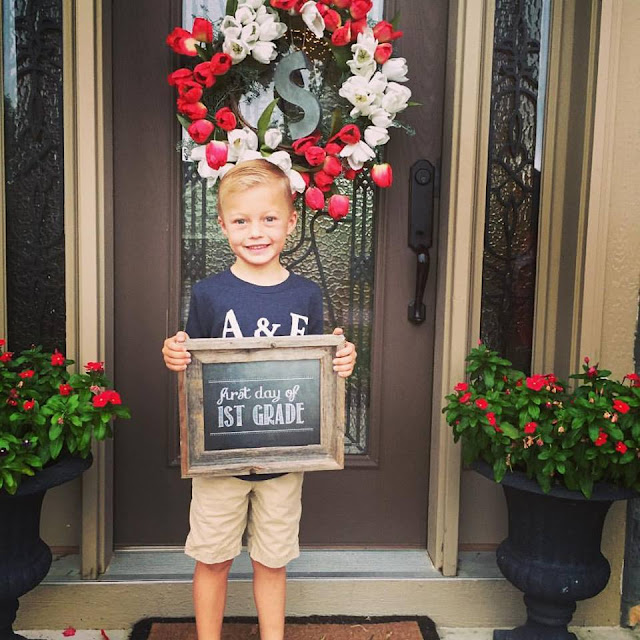 Kaden, well he just wanted to keep his hair the same. Short on the sides, longer on the top but NO hard part this time. I really love the hard part.

As much as Kaden was ready to start school, I had a little anxiety about it. I have spent many nights praying over him and praying for him. Praying that we have made the right choices for him. Praying that he gets a teacher this year that will help guide him in a positive direction. One that will use as many resources as necessary to help him learn in the way he needs to learn. One that will be understanding to his needs. One that will love him, encourage him and lift him. I just want him to be himself and feel confident in that & if he can do that, it will be an exceptional year. 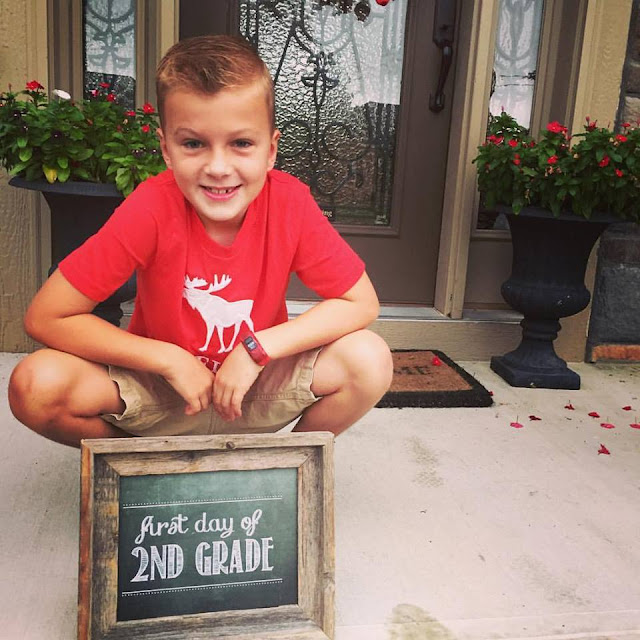 I can't help but smile when I see these two boys standing next two each other. They wrestle and fight all day, everyday but they also love like nothing I have ever seen. They encourage one another. They cheer for one another. They protect one another. They are the best of buds and it shows in everything they do. They now even refer to one another as "bro". Just "bro". 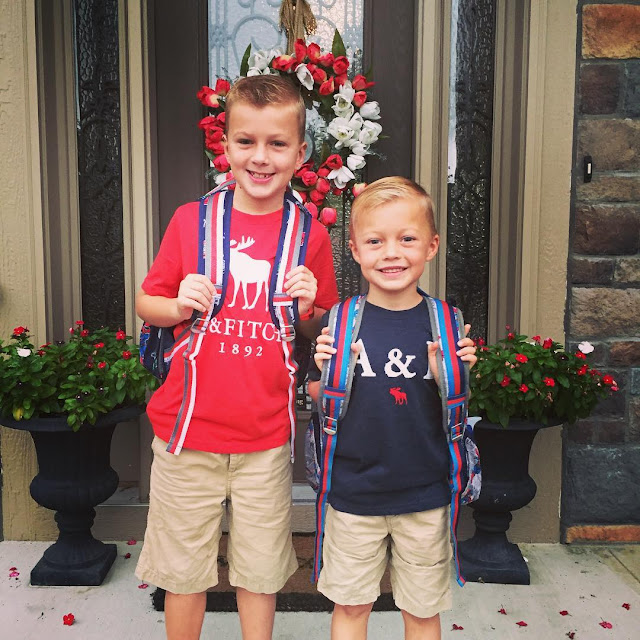 & this year we decided that instead of fighting the insane amount of traffic at school, that we would tell they good-bye and to have a great day at school from the bus stop. Of course since it was the first day, the bus stop was a little quiet but we had a new little friend join us who was off to kindergarten and I have never seen someone so excited for their first day of school and first bus ride. It brought the biggest smile to my face & the boys were just as excited to show her the "ropes". Hopefully they teach her what to do instead of what NOT to do. 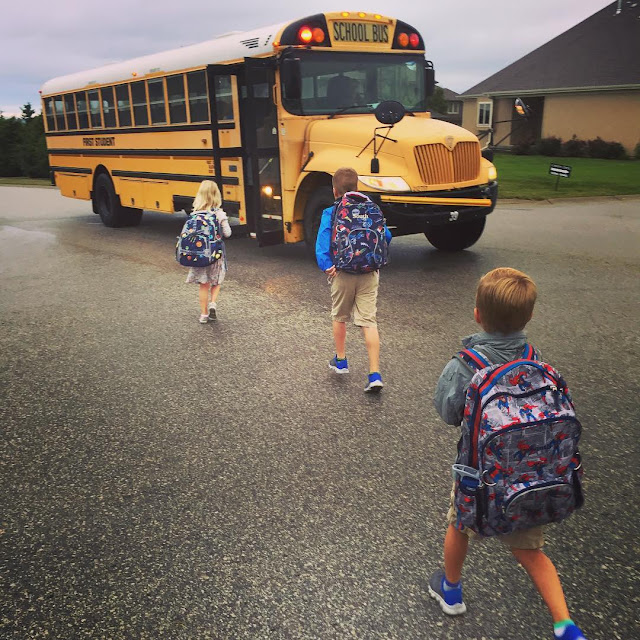 Cheers to another year at CCE. I'm excited to see just how much they learn and grow over the coming year.
Posted by Kayla South at 9:18 AM