Well, we are back at it. Fall ball has begun. 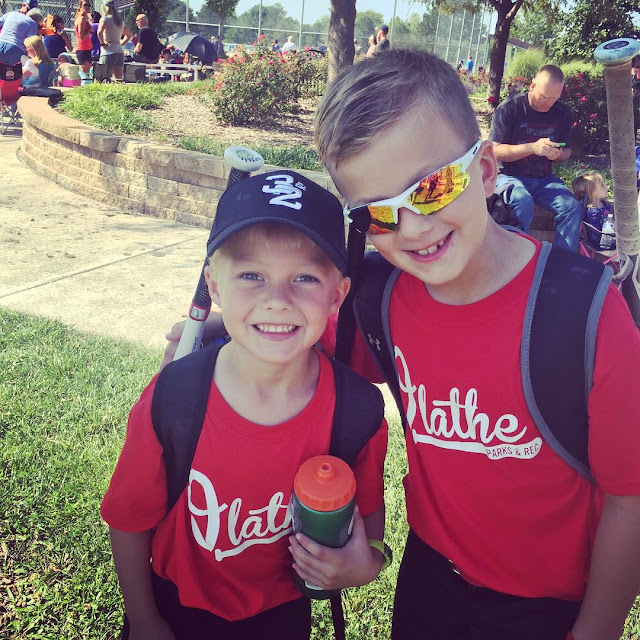 We are back with the Aces for another season and this time around, Logan joined the team. That's right, both South boys are on the same baseball team. Kaden's coach wanted fall ball to be all about fundamentals and he had recalled a time when I mentioned how I would ideally like to have both boys on the same baseball team so he asked if Logan wanted to play. We were a little hesitant at first but Logan is athletic, he gets the game and really enjoys playing. He can hold his own in the batters box & can stop a ball so we figured we would give it go. It would only benefit Logan more by playing up a year & would totally make things easier for us--but Logan's happiness was top priority.

Kaden loved the idea of having his little bro on the same team. We were a tad worried that he would try and "coach" Logan a little too much but we had a couple conversations about how he needed to let Logan do it on his own. If they were in the field together then he could help by letting him know where the plays will be and that he can cheer for him while he is at bat but that Logan is just another teammate. He loved hearing that he could be Logan's biggest fan and thus far through practices and games, they have done a great job. Logan on keeping up, Kaden on keeping to himself!

We were even lucky enough that a couple of Logan's buddies joined the team too. These three have played with each other for awhile now and all LOVE the game of baseball and we LOVE watching them play and their friendship continue to build.

Here's to another season of baseball--one with lots of learning, growth and fun! 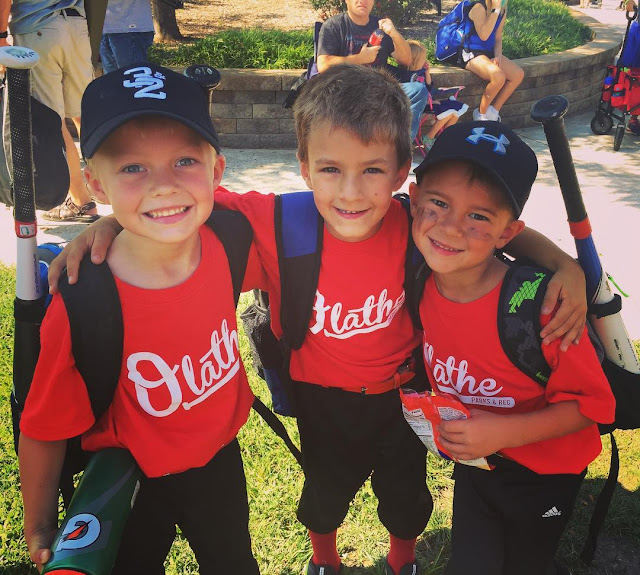