It's wedding season. More specifically, it's Newman wedding season. Justin's cousin Mark has three sons getting married within the next year, two within almost a month of each other. We kicked off the first of the three family weddings in early August & although each will be special in their own way, a little someone had a big role in this one. Logan was asked to be Chad and Morgan's ring bearer. He was a little hesitant at first since he didn't know what the job entailed but we continued to talk about and I shared that I was a flower girl for my uncle when I was little too. By the time the wedding week approached he was fully on board and digging his new threads. 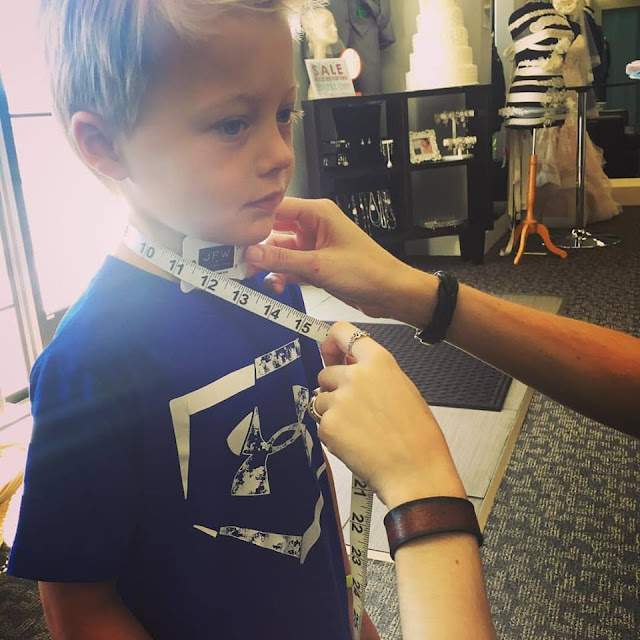 Not only was Logan acting as their ring bearer but Justin was handling the food at the rehearsal dinner--with the help of his mom & I took on the desserts. While Logan, Janet and I attended the rehearsal, Justin and Kaden headed to the park and got everything set up for when the guests of honor and their family and friends arrived. The weather for Friday evening was gorgeous--who would have thought that with a wedding being held in the beginning of August. 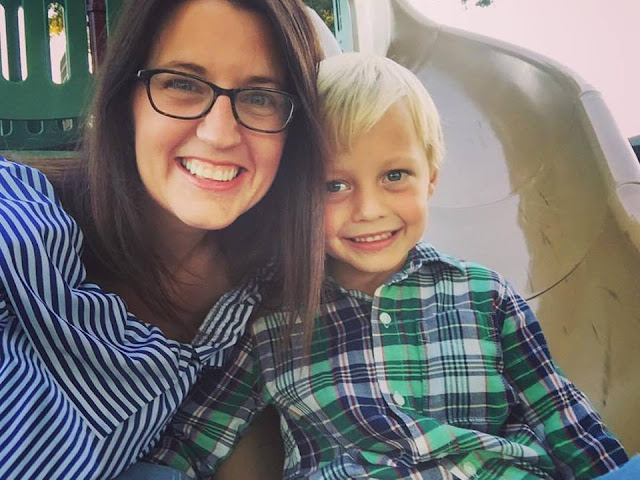 Saturday's weather, was a little different but Chad and Morgan didn't let that RAIN -- pun intended -- on their parade. They were getting married and it was such a beautiful service and we were so lucky to have witnessed two young people devoting their life to another and promising to help get each other to Heaven so they can live together forever in the kingdom of God.

It rained for the most of the morning but as we were headed out we got a little bit of a relief. And since Logan was all decked out, Kaden asked to bring out his bow tie too. I happily started digging through drawers looking for it---I mean, could they be cuter? 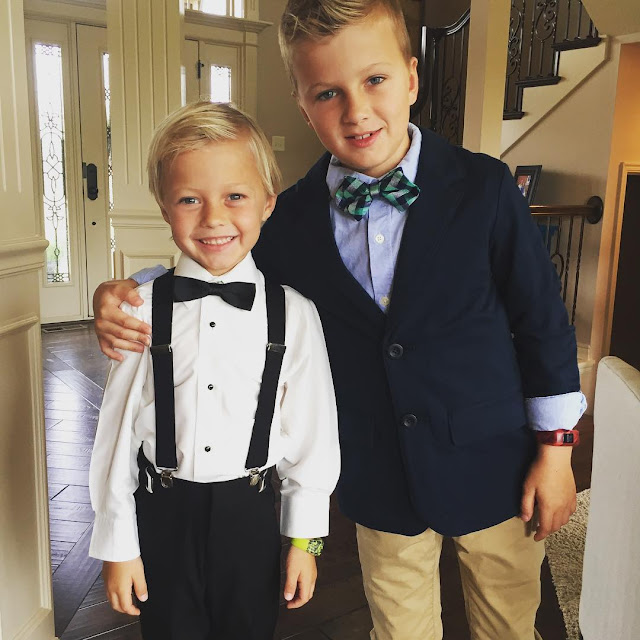 Speaking of cute---check out the flower girl. Eli and Logan hit it off from the get go and at the reception she decided to join our table so she could sit with the boys. You never know, maybe in 20 years these two will be on the Today show sharing their story about how they were in a wedding all those years before together...I mean, just the cutest. & when the moment counted, he grabbed her little hand and led her down the aisle. 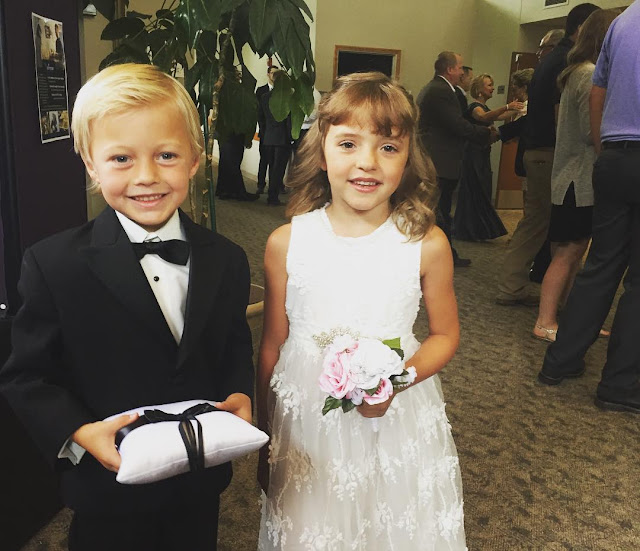 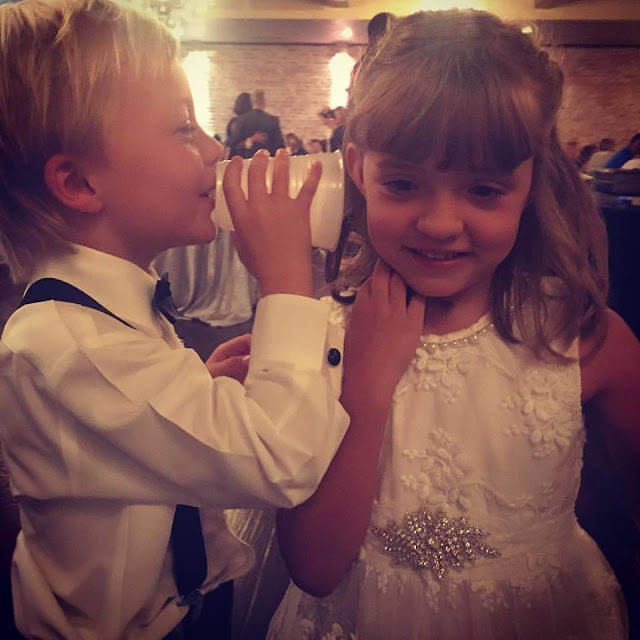 The rain held off for the entire ceremony and for most of the pictures that followed. Even allowed us to get to the reception and take a few family pictures before it started coming down & it came down but no one cared. We were all having way too much fun dancing the night away. 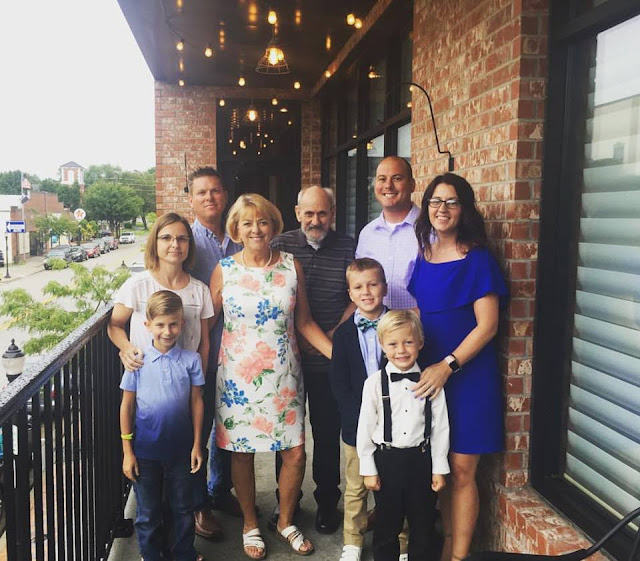 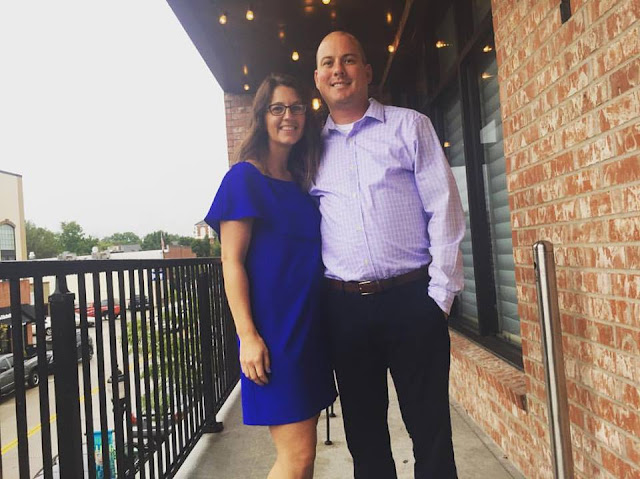 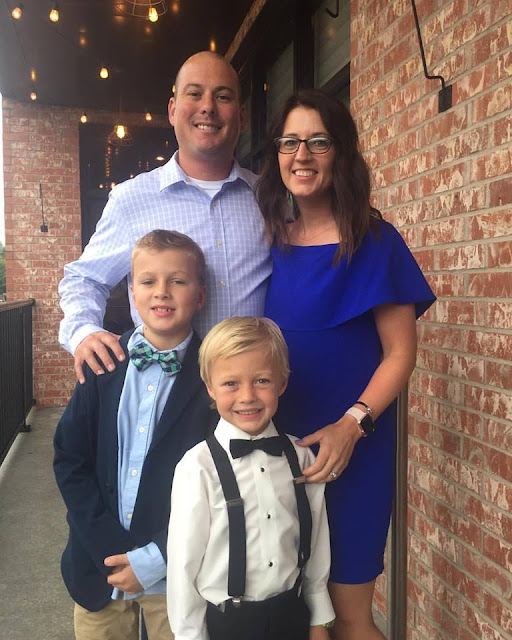 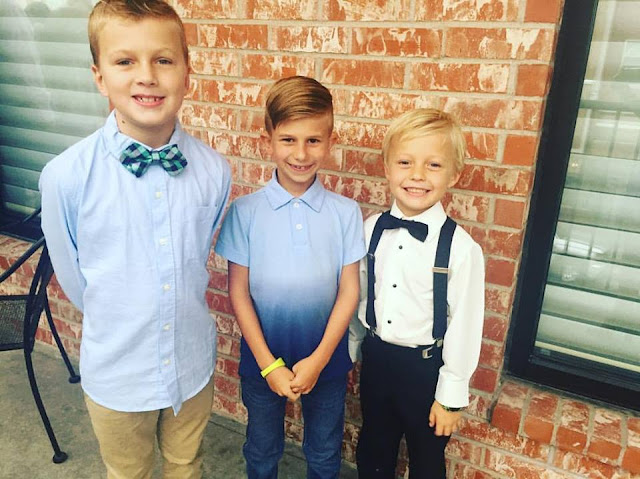 It comes as no surprise that the dance floor was packed all night, Chad and Morgan are such an awesome couple that you just knew their friends and family would be just as awesome. & let me tell you, not only did they ask Logan to be part of their special day, they went above and beyond to make him feel special. His gift, a littler handkerchief that had his name embroidered in it. Morgan told Logan that from the first time she met Chad he carried around a handkerchief for her in case she ever started to cry, whether happy tears or sad ones. It was with this small handkerchief that she knew there was something special about Chad. I love that they chose to give Logan one & I hope he remembers just how meaningful a gesture such as this can be.

The morning of the wedding day Logan had a present for Chad. Chad had a present for Logan. Logan had wrapped up a framed Green Monster that he had created a few years back that Chad commented on wanting when I was changing out decor at home. I was certain he had forgot about making the comment but he and Morgan finally had THEIR home together & it needed some wall decor so Logan let him in on the story. & Chad, well he had some fun socks for Logan to wear and they just happened to match his socks too. Logan was stoked to show me. & as he came to the end of the aisle, both he and Chad pulled up their pant legs to show off their socks and then gave a fist bump before Logan found his way to back to Justin and I. 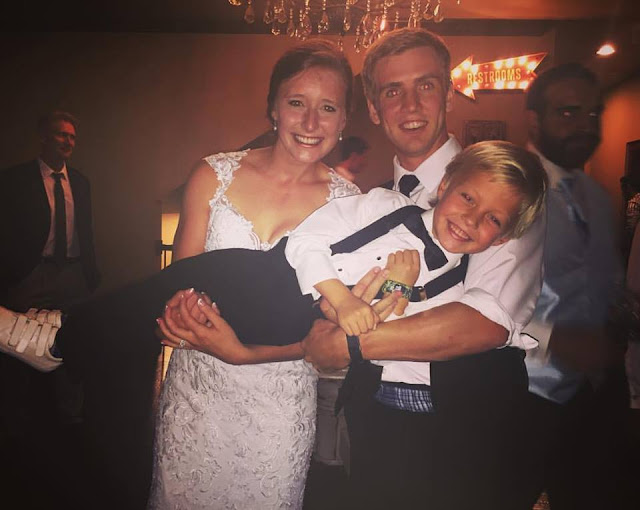 The boys were a little shy in the beginning when it came to the dance floor but Logan insisted that he would dance if "My House" by FloRida was played and Chad immediately requested it. It came over the speakers and Logan held up his end of the deal & from that moment on, it was hard to get him or Kaden off the dance floor. They booth learned Cupid's Shuffle and The Wobble, and everyone was eating them up. Finally it was time to say goodnight and as sad as it was for the evening to come to and end, these two little boys needed to get to bed. I was so proud of this little man and the job he did. He knocked it out of the park, just like everything else he does. 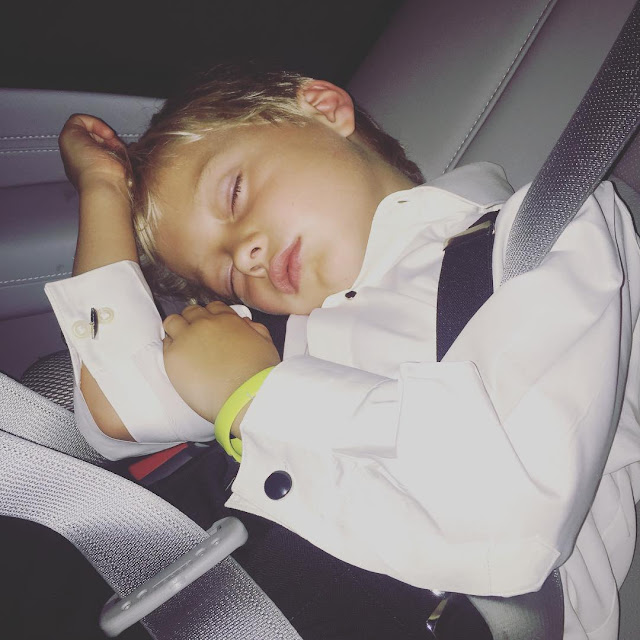