What a fun three days of baseball the Aces had! Hot? Extremely, but so much fun.

As the Aces season was coming to an end, their coach sent out an email to the team to see if everyone would be interested in playing in the leagues end-of-the-season tournament and everyone was. The boys had finished strong in the regular season and we were just hoping that momentum would continue.

It was a single elimination tournament and when the brackets were released, we were one of only 4 teams that would have to win 3 game to win it all but the boys were up for the challenge.

The first of the games was against the Jags and took place on a Sunday at 4:45, talk about scorching hot---it was miserable, at least for me. The boys though, they handled it like pros and at the end of 4 innings came out on top--by a pretty good margin too. Kaden had a bases clearing double but he wasn't the only one knocking in runs though, they each took full advantage of their at bats. By winning game one, it meant the possibility of a double-header the following day beginning at 5:30--in 95 degree weather. 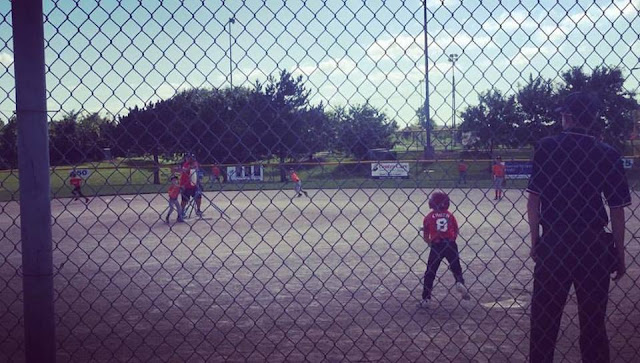 Game two was scheduled for 5:30 against the Firebirds---we had not played any of the teams in our division's bracket and all we knew was that our records were about the same during league play. This game was even a little hotter than the day before but we also got a little smarter. Parents brought pop up tents to ensure there was plenty of shade, coolers full of water for the boys to stay hydrated and we packed Royals' rally towels that were soaked in water and then placed in the freezer for a few hours to allow the boys a quick cool down. They came in handy too, after 3.5 innings Aces were up 16-7 and the Firebirds were out of options since they could only score 7 runs in any one inning so the game was called. The boys shook hands with the other team and then immediately sat down to cool off and to rest a little.

The championship game was against the Surge & by the looks of their previous game, we were going to have our hands full. Coach kept the same line up and the boys went to work.


After two innings of play it was 11-4 Aces & we were back up to start the 3rd inning with the top of our line up due up. As the Royals' commentators would say---Keep the Line Movin'---and that is exactly what the boys did. One after another they moved their teammates around the bases scoring their limit of 7 more runs making the score 18-4. We were nearing the time limit and worst case scenario they would have been able to tie us but that would have meant they had to score their limit each inning and keep us from scoring any more runs because one additional run would have put the game out of reach. Forgive me, I'm a number cruncher...


We played on though. The game was not over so the Aces took the field again. The Surge, did exactly what their name suggested, they Surged and put 6 runs on the board that inning making the score 18-10. Before our first batter could reach the plate, time was called. The boys were excited. The coaches were excited. The parents were excited.

& then the kids saw the trophy they were getting & I didn't think their smiles could get any bigger but man, did they!

And if you had asked me at the beginning of the season if this group of boys would be holding up a trophy at the end of the season I would have said, "not going to happen". However, if they were giving out a trophy for most improved, this team would have won that too. By the end of the season, everyone was getting hits, the boys were catching popups & at times, getting that double play associated with catching a popup. They were hitting their cutoff man & holding teams to mostly singles with the occasional double which in the beginning would have been easily triples. They were throwing runners out at first and at second--multiple times during an inning/game. Now, did they continue to make some silly mistakes, of course but they quickly learned for them and the next time around, they killed it. So when I say the parents were proud---we were but it wasn't about the "trophy", it was about how far they had come as a team. We were proud about their journey. 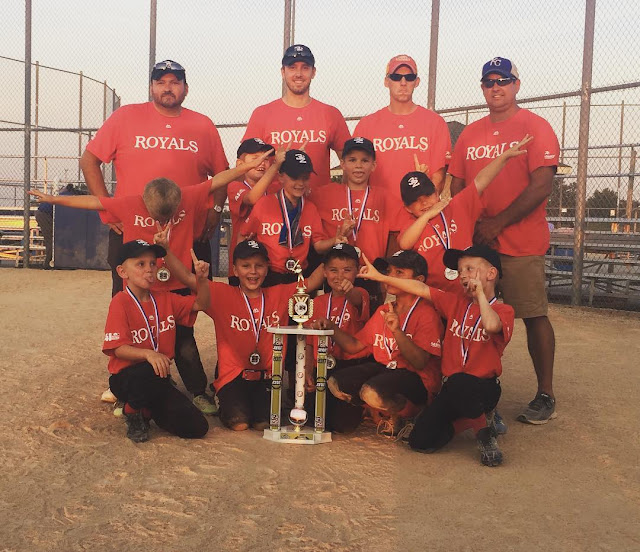 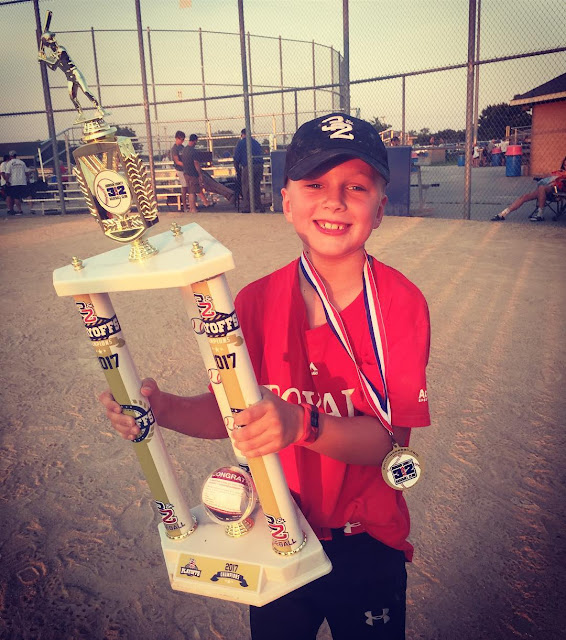 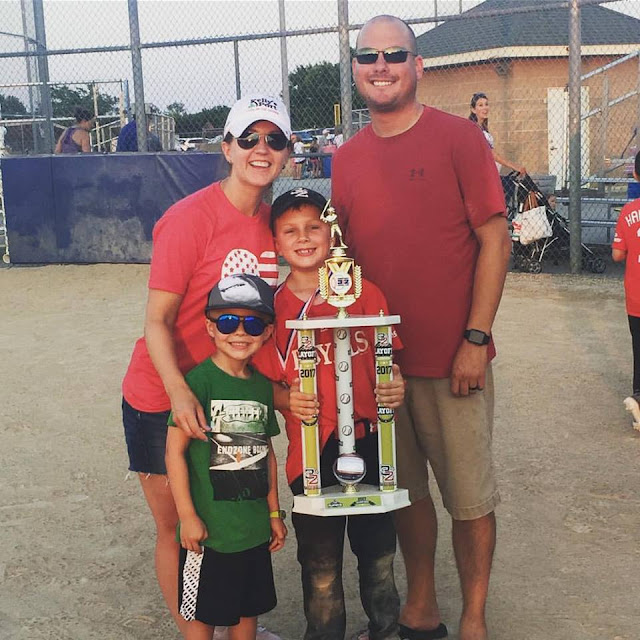