One On One Time

The boys are close in age. Like real close, well not as close as my brother and I at 16 months apart but still, just 20 months apart. Plus, they're boys. So that means, what one likes, the other likes. What one wears, the other wears. What one does, the other does. The order doesn't matter, they follow each other's lead. & we wouldn't want to have it any other way---built in best friend for life. 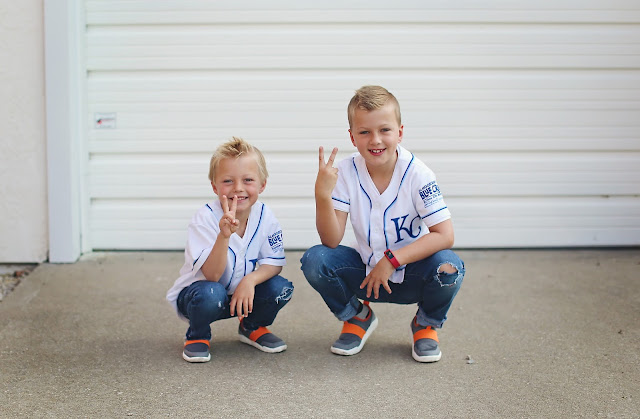 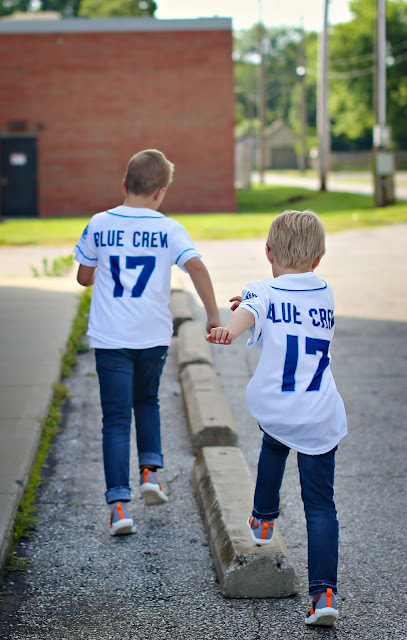 Someone to play catch with in the front yard. Someone to challenge in a cannon ball contest at the pool. Someone to play make believe and build forts with. To hide from Mom and Dad with. There is always someone right by their side.

Which means there is also someone to always argue with. To get into wrestling matches with. To point fingers at when we question them on something. To get into trouble with. Yup, always someone right by their side. For better or for worse. & over the first few months of the summer it became very apparent that while these two love each other very deeply, they needed a little space from one another too. So I picked up the phone, called their Grammy and asked for a couple dates where she could take one of the boys for a few days allowing Justin and I to have one on one time with the other and then a few weeks later we could switch. Being the wonderful Grammy that she is, she of course said yes.

First up, Kaden with Grammy & Logan with us. I dropped Kaden off at Grammy's on my way to work for a few days that was destined to be full of fun. I was instructed to bring his bowling ball and a swimsuit---he was excited when heard that. As for Logan, we gave him a few choices as to what he wanted to do with us and he spent the day pondering but when it came time to decide he wanted Top Golf.

I won't lie, it was a little weird only have one kid with us but boy, did Logan talk our ears off. We not only hung at Top Golf for a few hours but we grabbed a slushy from QT (his choice) on the way home--nice cashier gave it to us free & then we snuggled up for some Big Brother--his favorite (& mine too) show right now. 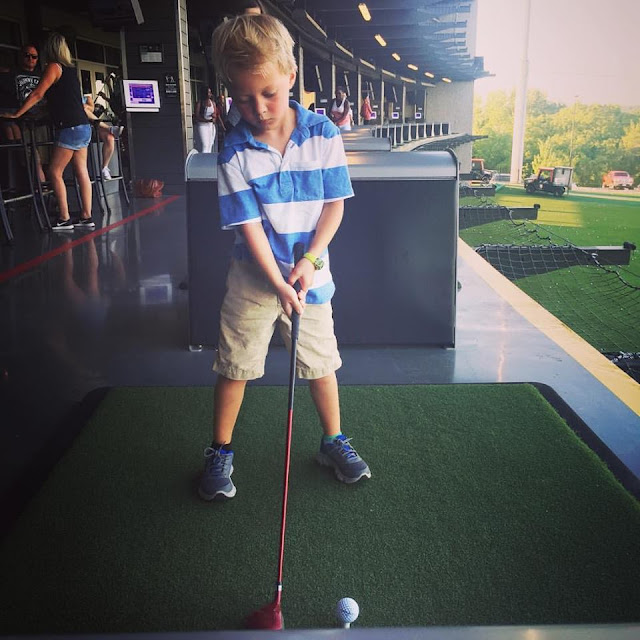 While we were hanging with Logan, Kaden was getting the royal treatment with Grammy. They bowled, got dessert at McDonald's where he got to play, and spent 4+ hours at the pool---with a high dive. I wasn't sure how he would do with the high dive because he had only recently got to experience a diving board at my Aunt Kelly's house but Grammy said he pushed the fear aside and took a leap of faith. I don't know if I would have believed it without the pictures and videos she shared with us--which cracked me up. I mean, holding his nose with both hands and eyes clenched closed as tight as they could be. 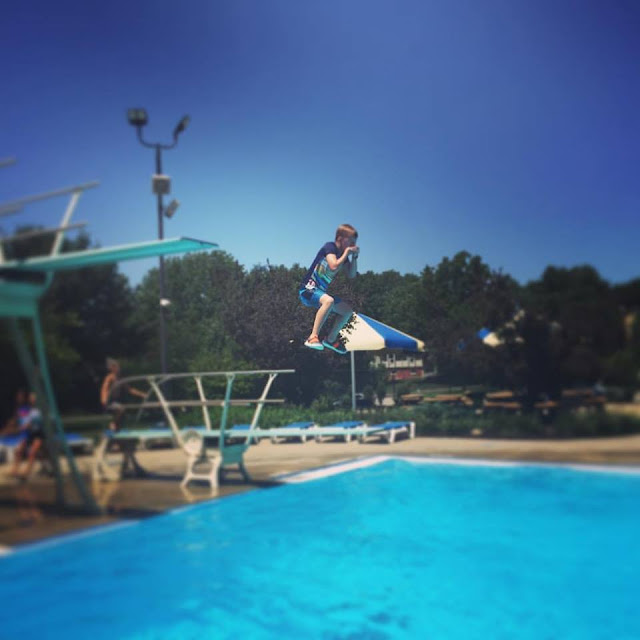 The following week it was Logan's turn to head to Grammy's for a couple days---really, just one night was spent. Grammy had the same agenda for Logan---bowling & time at the pool. & for some reason it was a little harder for me to let Logan go, this may have been his first time spending the night with Grammy all by himself & I just couldn't wrap my head around how he got this big. 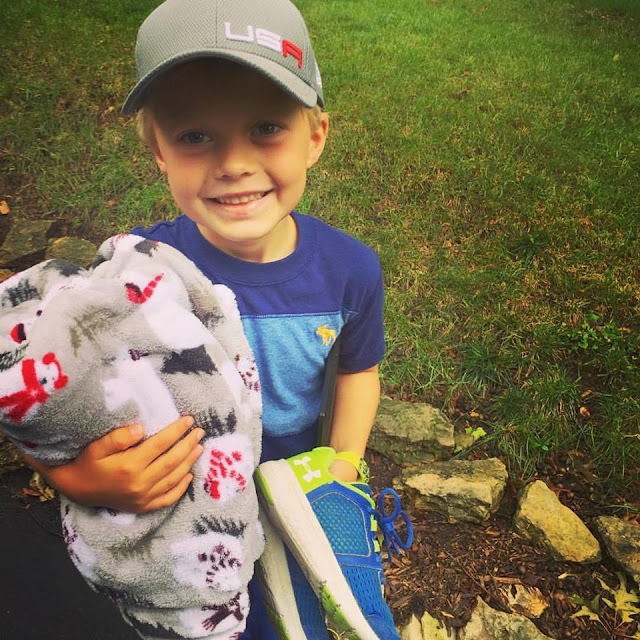 It was a little rainy during Logan's time but thankfully no plans needed to be changed. They bowled on Thursday and then Friday spent the afternoon at the pool. Logan not only jumped off the high dive, he worked on perfecting his flip off the low dive and went down the slide about 100 times. 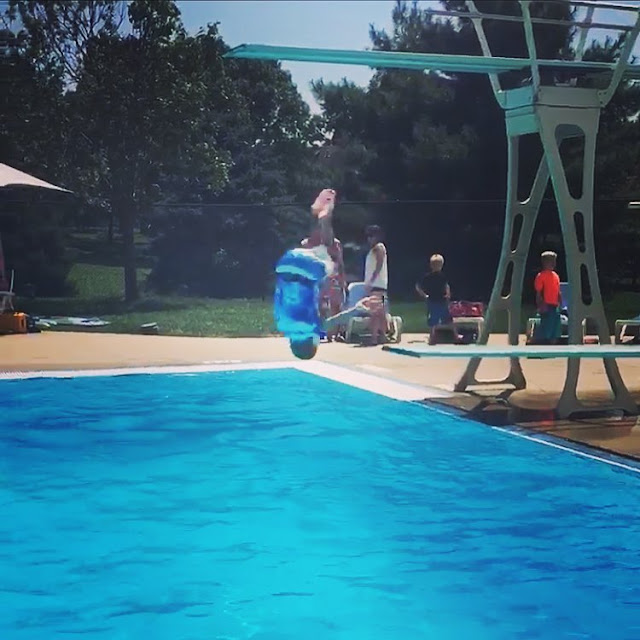 Each time I called to say hello it was though he wanted nothing to do with me but why would he, he was being spoiled by his Grammy. & although my ego was a little hurt, I was so happy that he was having the best time.

For Kaden's one on one time we had a little project to complete. A mom of a friend of his from school hosts Pinterest Parties and it just so happened that this specific party was a parent/child party. We would pick out a design and turn it into string art. Of course I already had an idea in my head but when we got there, Kaden had something completely different in mind. At first I tried to "persuade" him to go my route but then I remembered this was HIS time & gave over control to him. In order for him to be proud of & love his work, he needed to make the decisions. So, wiener dog on a pink board it was. He sanded, painted, hammered & strung string... 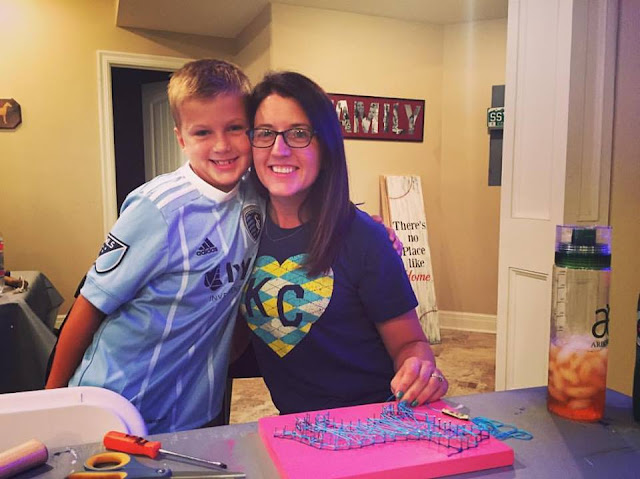 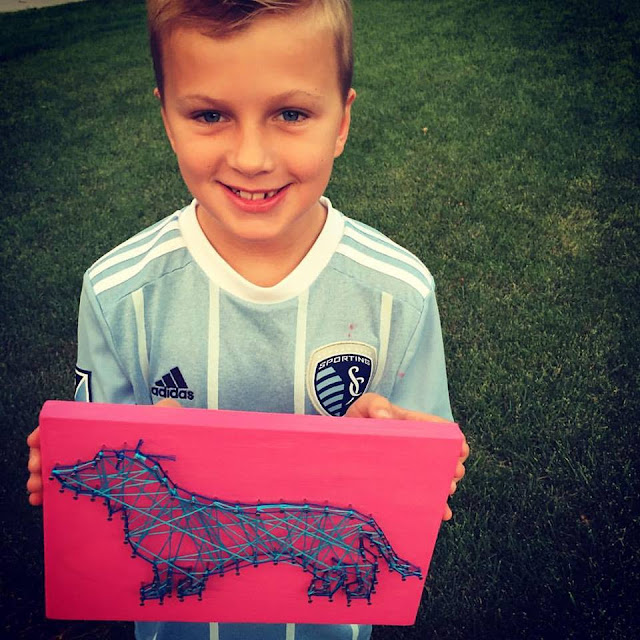 & then we watched Big Brother before heading off to bed.

Our one on one time was exactly what everyone needed and the best thing about it all--the hug they each gave us & each other when they got home. It didn't matter which one wasn't home, it just felt incomplete. Like something, well someone, was missing. I know it's important to give them this time with us and with Grammy but it was so nice to being able to hug them both at the same time. Added bonus that they have played pretty nicely ever since----it won't last though. After all, they're not only brothers but best friends too.