It had been a few months since we had last been to Papa Tom's and Grandma Sara's house, Easter actually. We were long overdue & what better reason to head home than to celebrate a special little girl who was turning five---still not sure how that happened.

We arrived after dinner on Friday & the boys were dying to get out of the car, you'd have thought it was like a 10 hour drive--it was 2. The first thing the boys wanted to do was check out Papa's new shed--he and grandma had decided to build a new shed next to the house and they were on the final stages of completion. Logan was having a little bit of an identity crisis as he decided the doggie door wasn't just for Jade and Samson but was just the right size for him too. & later, we found him in Samson's kennel--please don't fret, he crawled in there all on his own, I had zero to do with this. 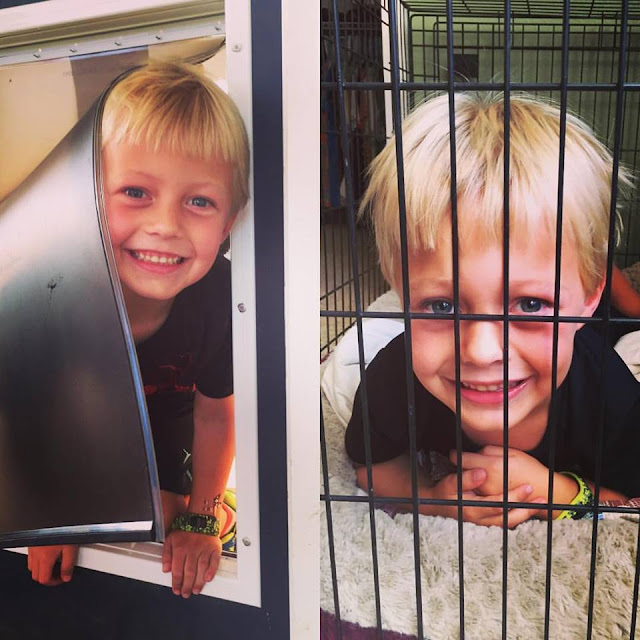 Since it was relatively late when we arrived we made plans to see Madison and Trenton the following morning. And although 3 months doesn't seem too long, it was long enough for this little dude to more than double in size & to begin crawling. 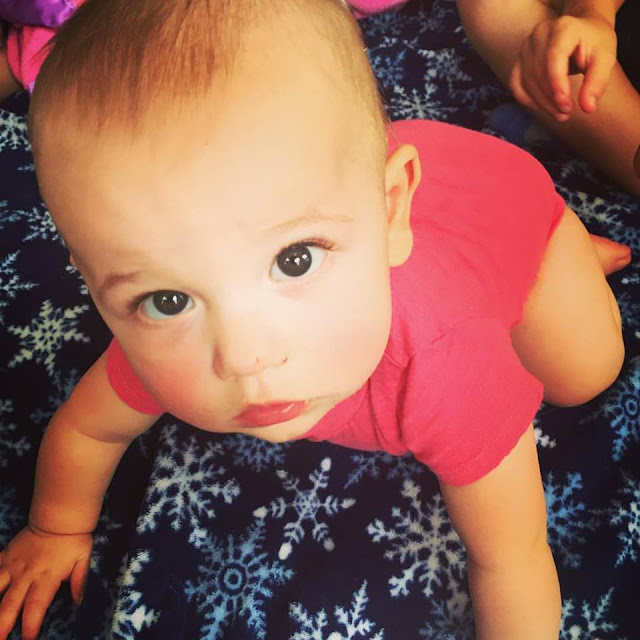 We were planning a celebration a little later for the lady of the day but first we were off to spend some time at the pool. Aunt Kelly and Uncle Scott graciously let us take over their pool for a few hours. The boys, Blake and Leah jumped, flipped and dove until their heart was content. There are few things that make my heart as happy as seeing these kiddos together. 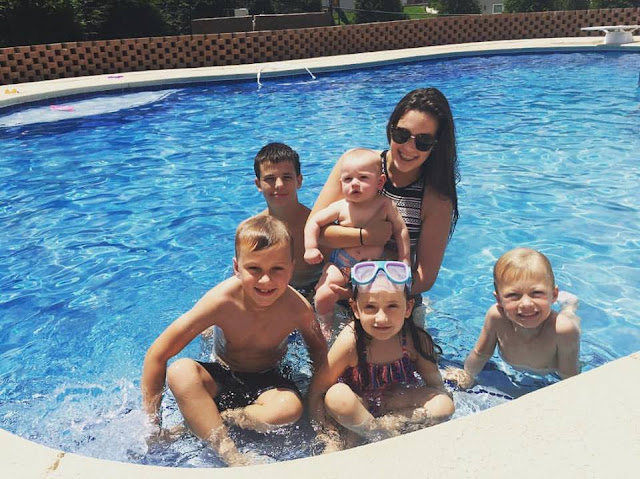 After swimming we took a little break & then met back at Grandma Sara's and Papa Tom's to celebrate one special birthday girl. She was finally turning five and back to only be one year younger than Logan. She wasn't so happy when he turned six and she was still four so turning five was a big deal to her. It was, after all, a WHOLE hand. 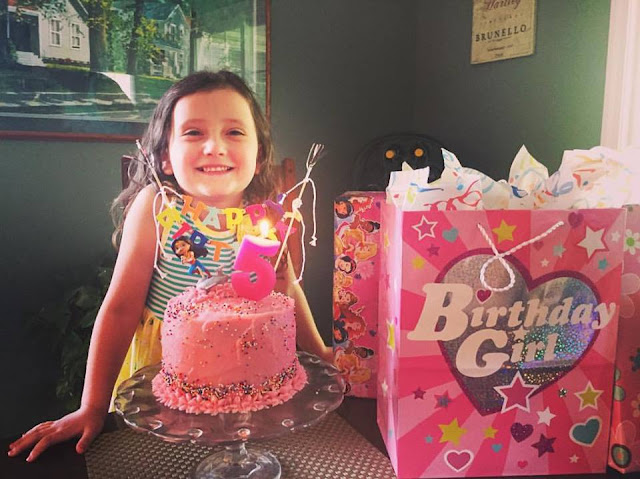 We were sad that we would be missing her birthday party but we were so happy that we still got to celebrate with her & stretch her birthday out as long as we could. & of course, that meant she needed a special cake too, so Leah and I got to work. We knew she was having a Trolls birthday party the following weekend and we also knew she loved Wonder Woman and all things Superhero girls so that's what we did. So our Supergirl, well she got a purple ombre cake decorated with pink frosting and sprinkles topped with her very own Wonder Woman. Happy 5th Birthday sweet girl.
You are so very loved. 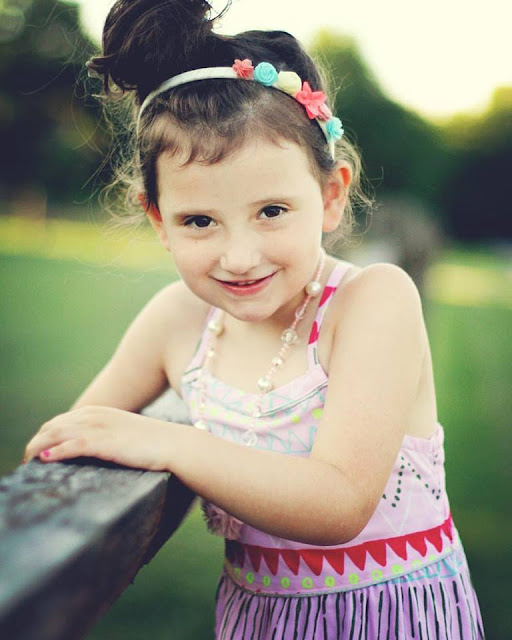 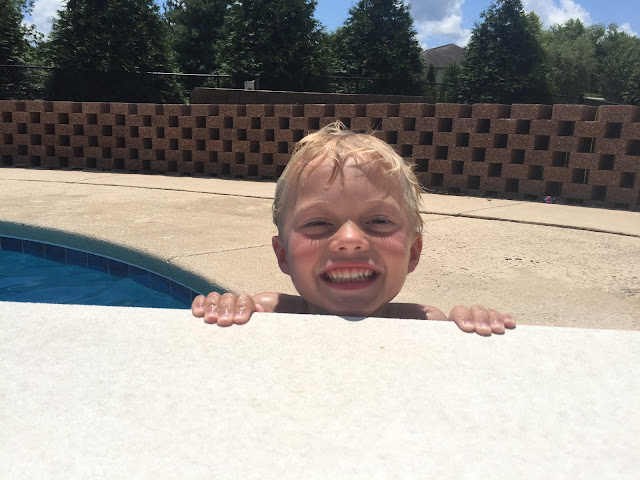 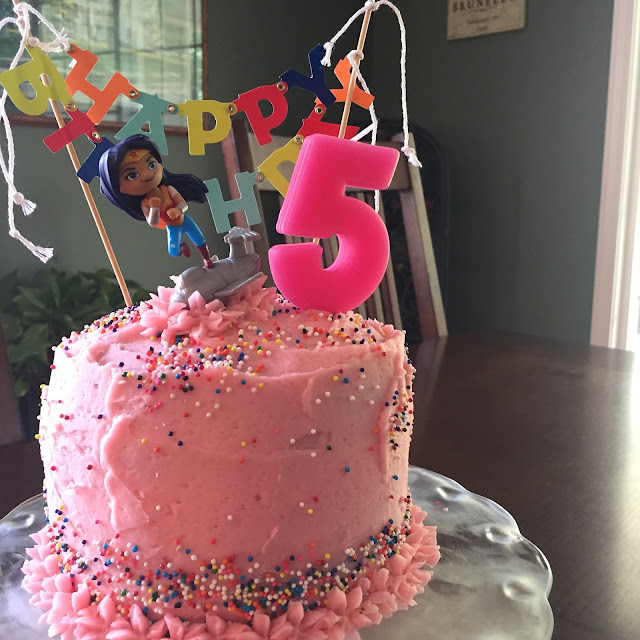 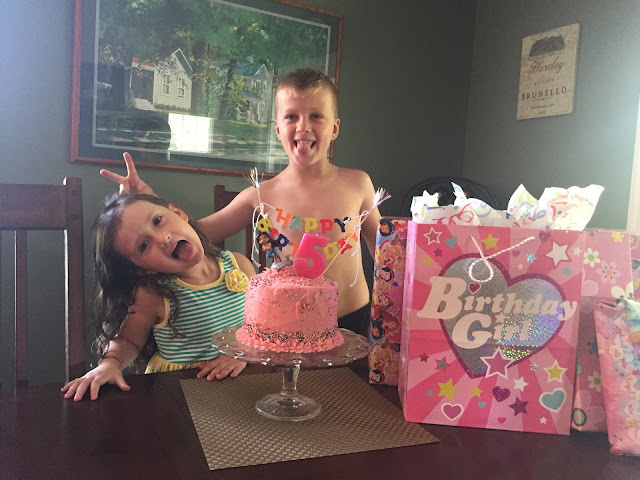 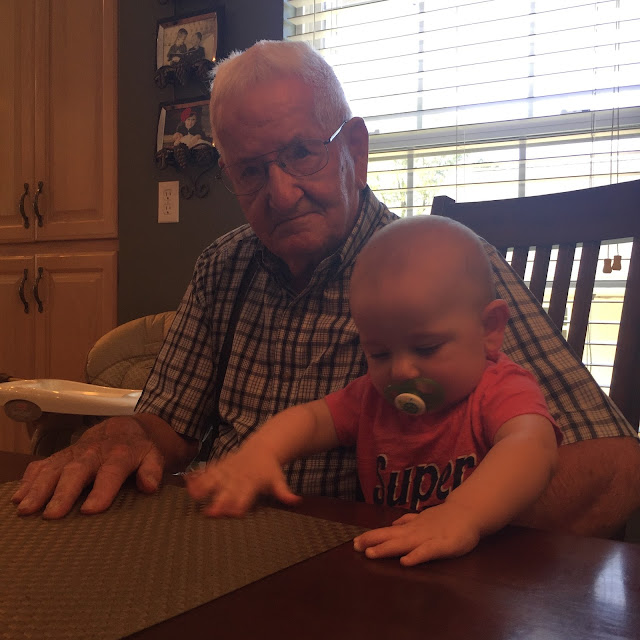 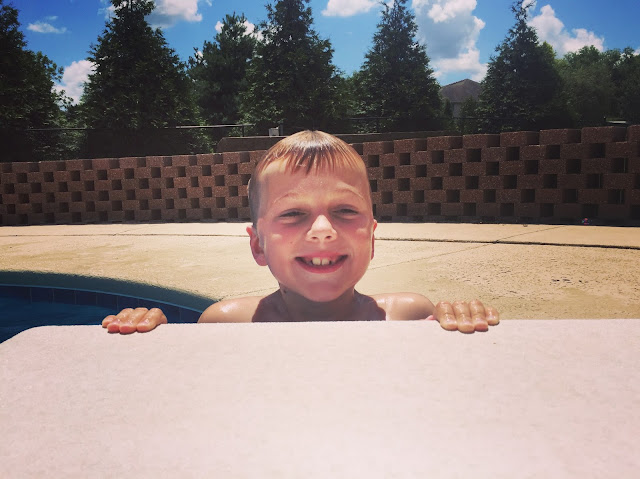