Our life is pretty messy with 6 & 7 year old boys. On the other hand, it's also very colorful.

& it's important to me to document it all. Enter Katy Gitto Photography, she's been our go to now for 6 years & I can't imagine having anyone else but her capture our family. I signed up for a mini-session on a whim just before Logan was turning one & since then she has captured our family on a yearly basis and the boys on an even more frequent basis.

This year, I didn't reach out to Katy, Justin did. I had decided that instead of spring pictures (which we always do) that I would set something up for the fall with Katy. Justin, however, had something more in mind and reached out to Katy on his own to set up a session as a gift to me for Mother's Day. He scheduled an hour session and being a photographer myself, I knew that was WAY too much time for the boys, Justin included. So I reached out to Katy and asked if we could break it up into two sessions, one for spring and one for fall & she was totally on board! If you didn't know, I just LOVE her. I put off ideas for the shoot--well, shopping for the shoot & then the next thing I knew it was just days away. I didn't have a plan. What I did know, I wanted it to be fun & lighthearted. I didn't want to get all worked up about how everything looked and did we coordinate the right way so I sent Katy a quick message--what about a Royals theme--it's no secret that we love our Royals & this would totally be up Justin's alley, a little thank you for booking this shoot. And then they boys could take off their jerseys & I could throw on a white t-shirt and we could have some fun with some color powder.

She was in. Again, LOVE her! 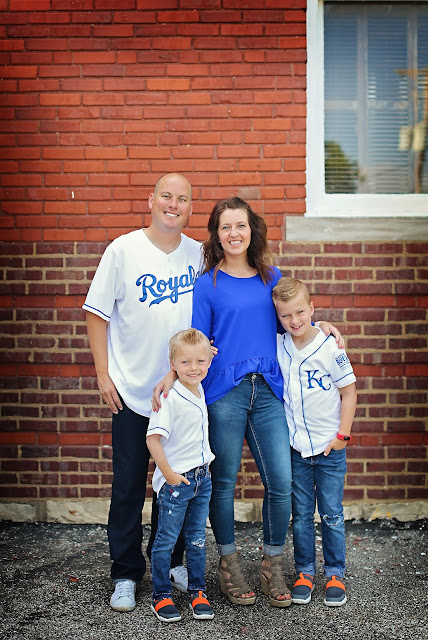 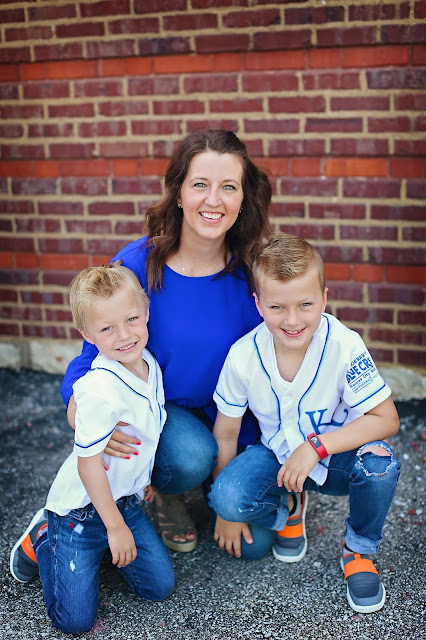 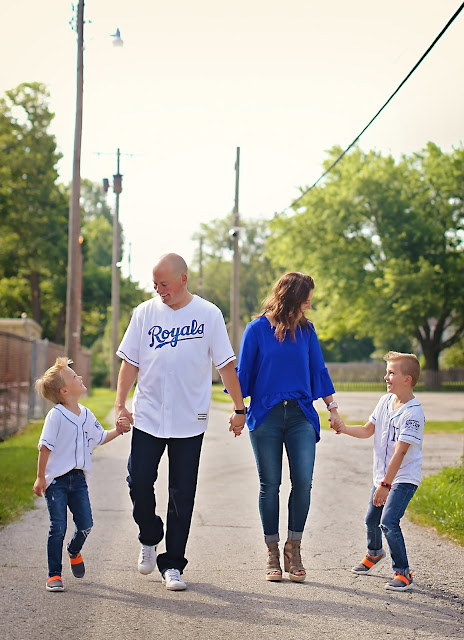 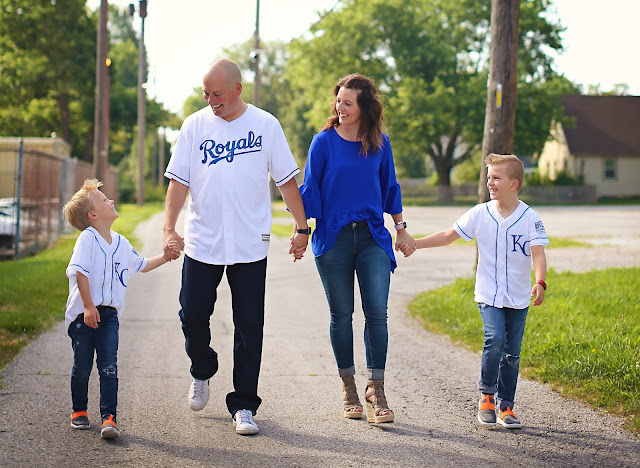 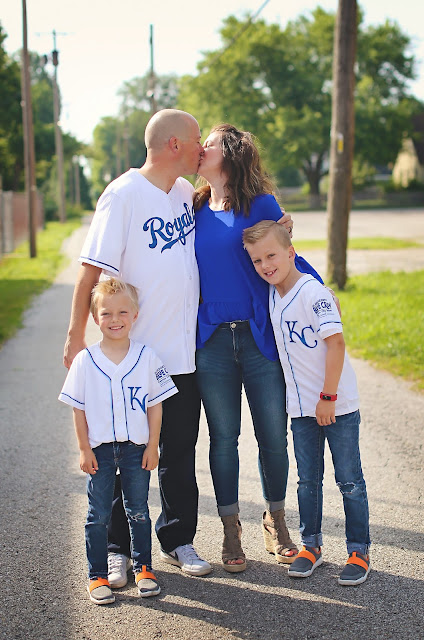 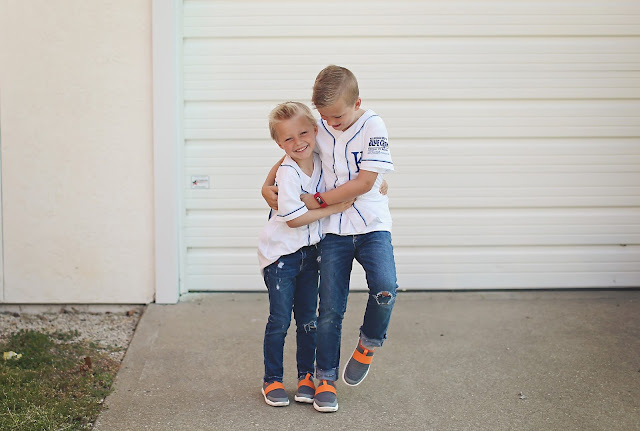 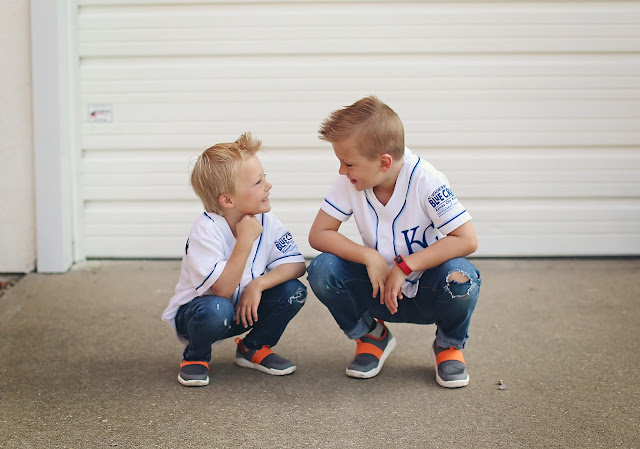 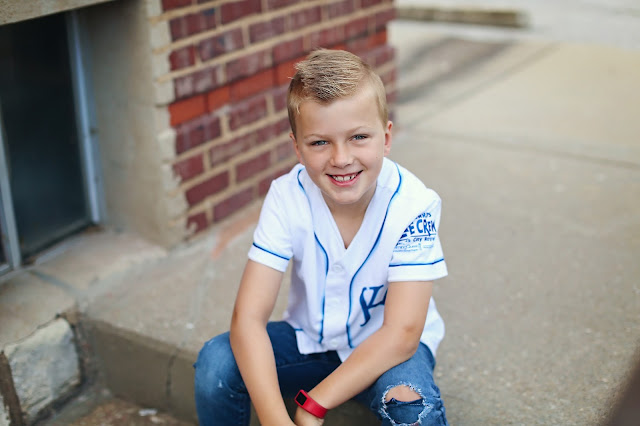 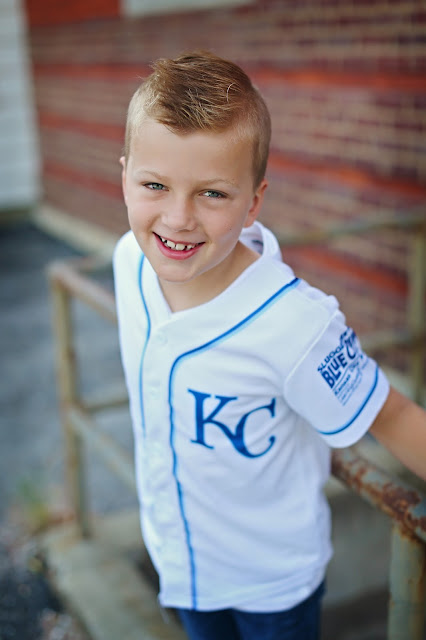 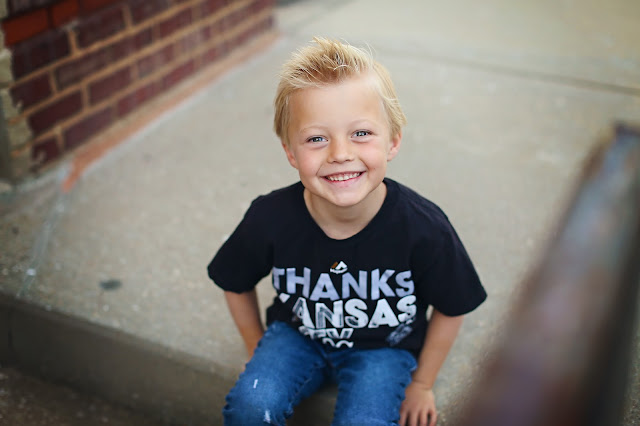 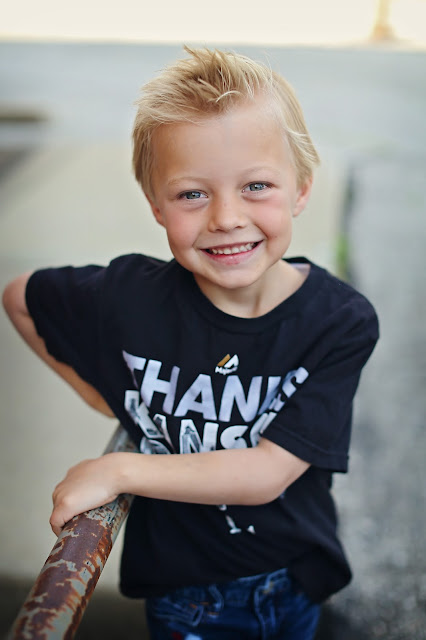 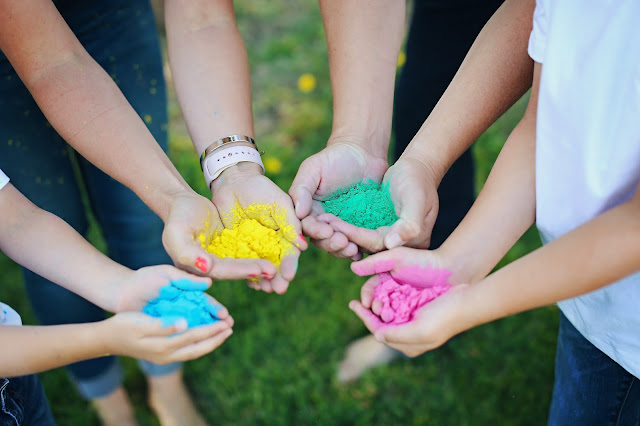 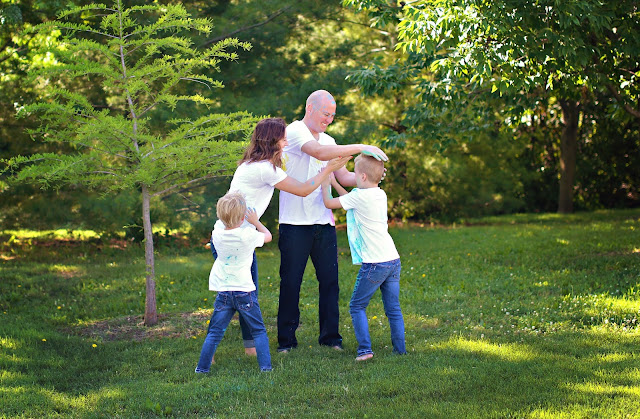 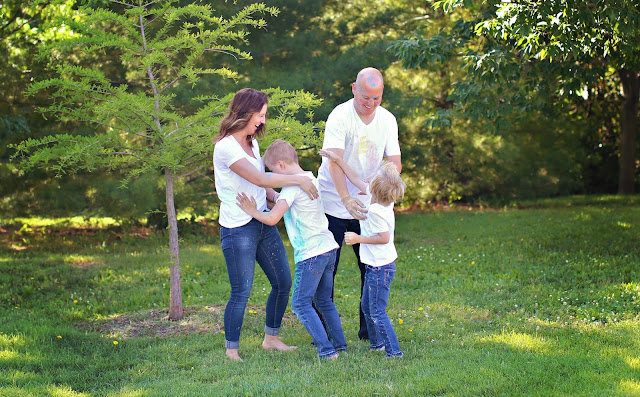 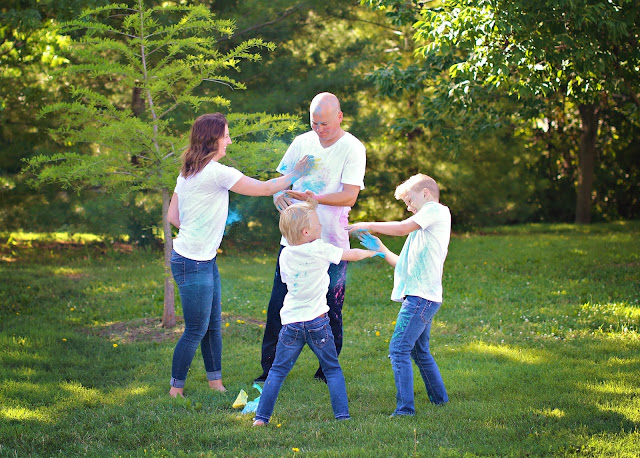 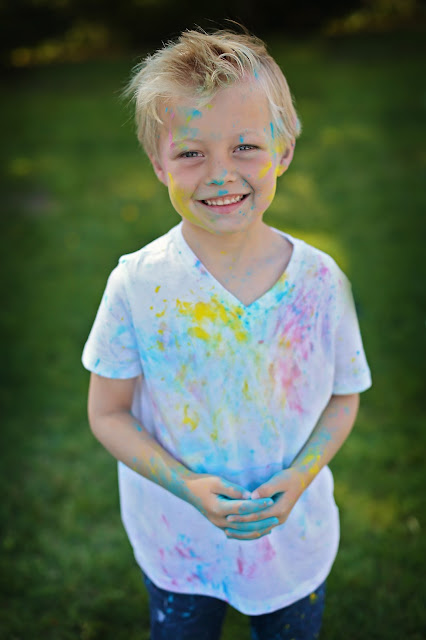 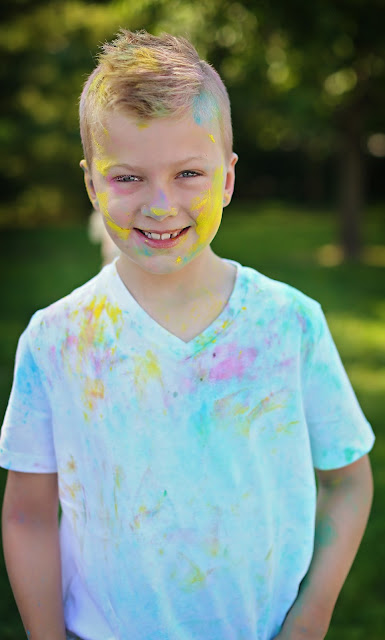 I also had two requests for specific shots, one with each of my boys. I wanted a picture of me holding Kaden. He's 70 pounds, yes, you read that correctly, 70 POUNDS & I'm not sure how much longer I am going to be able to pick him up so he jumped up and I held on. 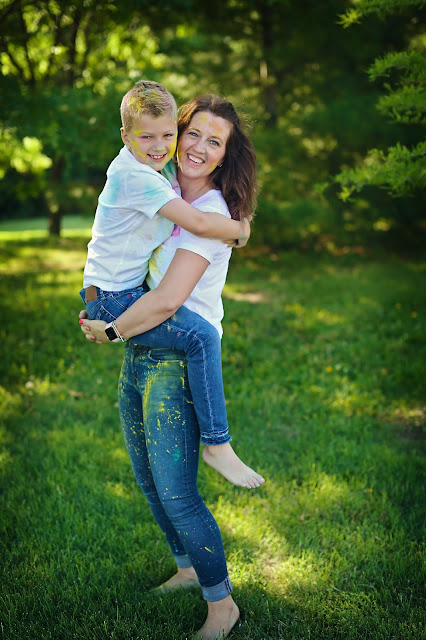 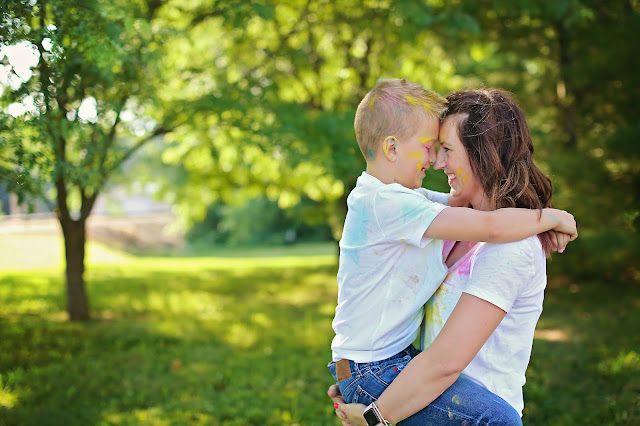 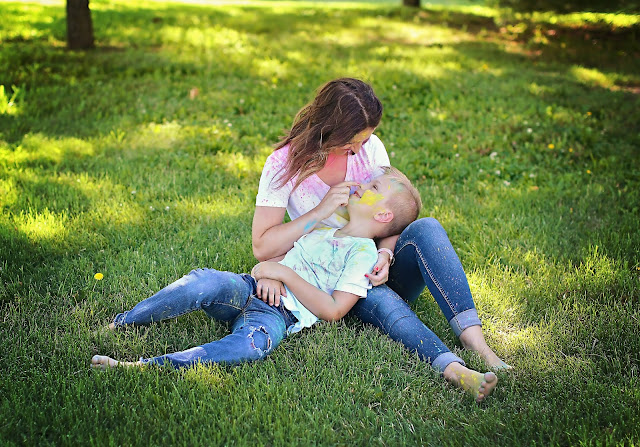 The second request, a picture of Logan kissing me. On the lips. I'm a mom that kisses on the lips. And lately, I have seen a lot of controversy over this very simple & innocent show of love between a mother and child, or a parent and child. It just breaks my heart that some people have to ruin this for others--so if you are like me and you kiss your kids on the lips, keep doing it--it's those people who have a problem with it, that make it weird, not us. 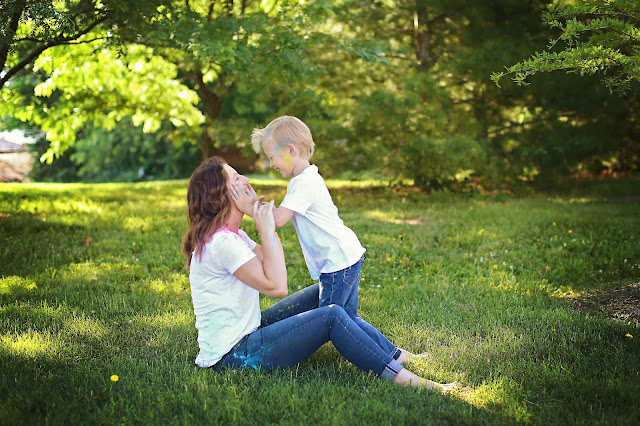 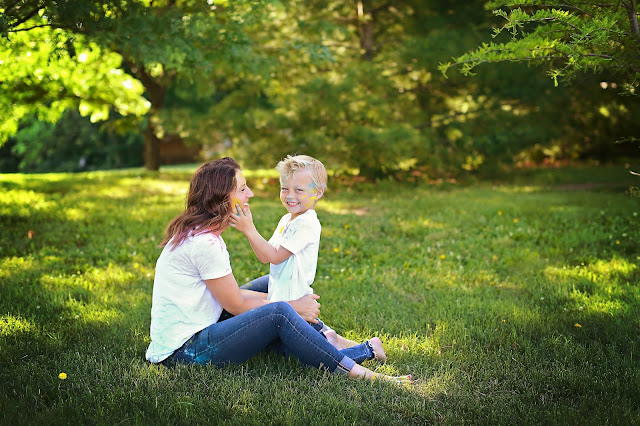 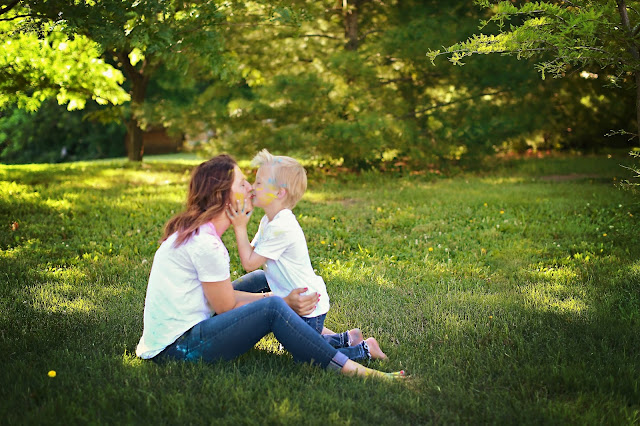 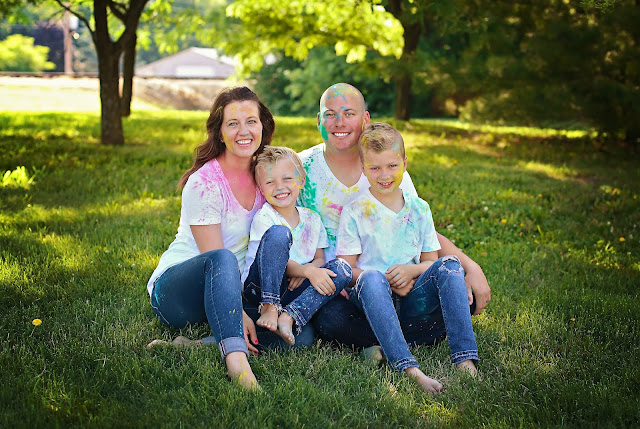 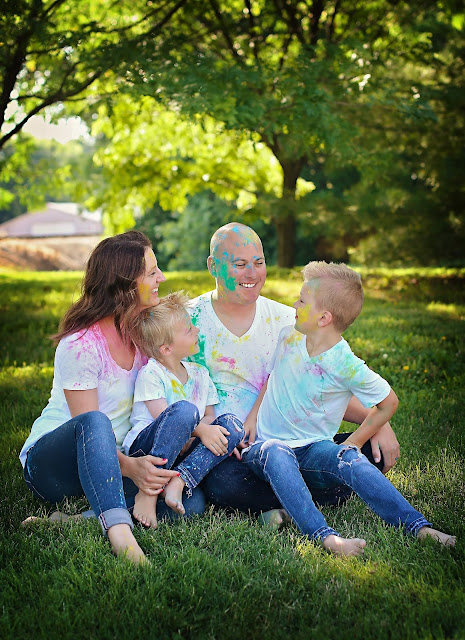 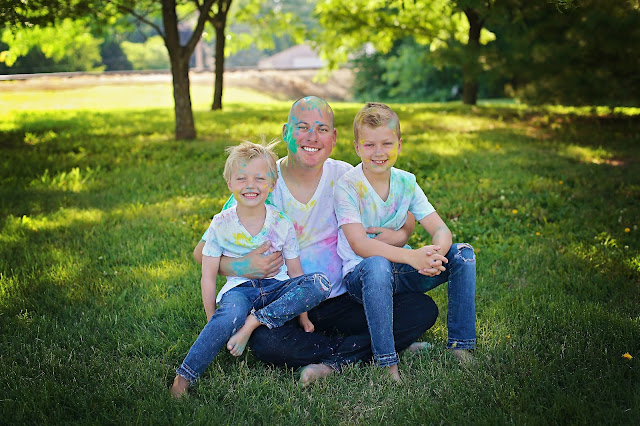 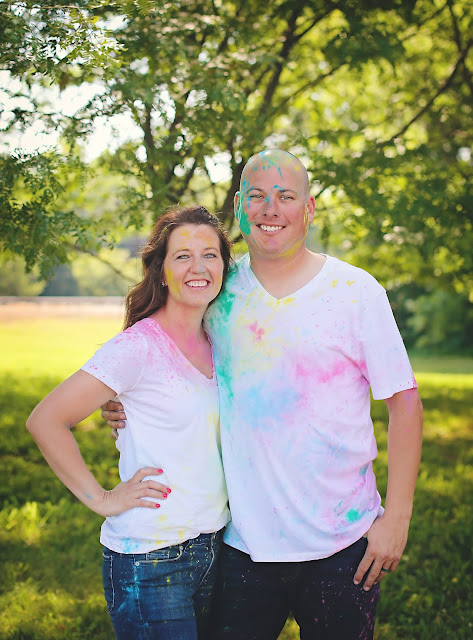 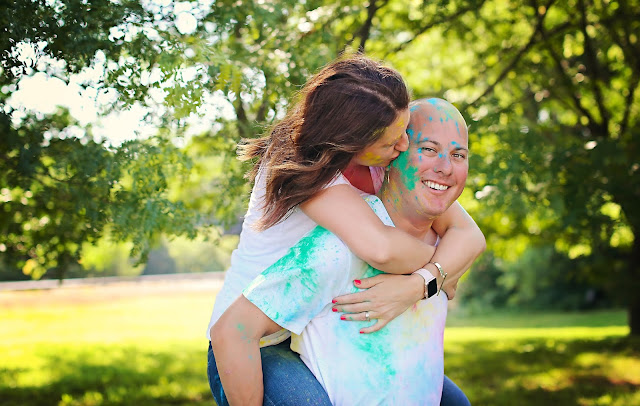