There is no question to whether or not our boys have to wear their life jackets while at the lake. If they are going into the water, that jacket has to be on. Honestly, the life jacket should be on whenever they are near the water & from here on out, it will be.

When it comes to life jackets Justin and I have always seen eye to eye--until the boys are like 12-15 & can swim from dock to dock, they will have it on. You never know what lies just below the surface, you can't see your hands or feet when you are swimming--it's lake water. All it takes is ONE second, one second for you to lose sight of someone...

& you don't think it will happen to you until it does. & it happened to us this past weekend, thankfully, Logan had his life jacket on & he is 100% okay but here's what happened.

The boys were on the Maui Mat--Emily was on the dock talking to me as I watched over the boys, Tyler sitting on the mat watching them play, the boys--they were wrestling on the mat. Something that they have done from the day we got the Maui Mat & honestly, they continue to do even after this incident as it wasn't anyone's fault & this could have happened with multiple kiddos jumping off and on the Maui Mat.

Anyways, both Logan and Kaden went into the water at the same time. BOTH WEARING LIFE JACKETS--as I said, they don't have an option, they wear it, period. The mat moved and Logan got stuck under the mat.

Emily had just asked me if I ever get in the water and I just got done stating that I'd probably get in the water a little later today but that I wait until the middle of June because the water is pretty cold anytime before that.

I hardly got those words out of my mouth before I was yelling, where is he? Where did he go? Does anyone see him? & I was in the water. Tyler was pushing the mat out of the way as he felt him under his legs and Logan popped up. I pulled him over to me as he started to cry out of fear. The thing is, he did everything he was suppose to do---he kept swimming and was pushing up on the mat so we could know where he was. I hugged him and told him that I was so proud of him. Kaden came over and hugged him and patted him on the back & told him good job.

He of course wanted out of the water and didn't want anything to do with the Maui Mat for awhile. He was scared he would get stuck under it again so we talked about what he could do if that happened---hands up, push the mat in the air and then slide to the side. That if he got stuck under there, someone would be in the water in a matter of seconds, just like this time.

It scared him. It scared me. But he had that life jacket on & honestly, that may have just saved his life. Logan can swim but not all that great & I don't even want to think about how this would have ended had he not had his life jacket on. That 15 seconds seemed like forever though...

Your kids might battle you with wearing one but stick to your guns, they save lives & honestly, I'm okay if my kids want to hang out in the house if they think they don't need it. This is one thing that I won't budge on.

As soon as I got Logan out of the water and had him curled up on my lap, Justin suggested we go out on the boat. He had thought that maybe it would take Logan's mind off of things & it did. 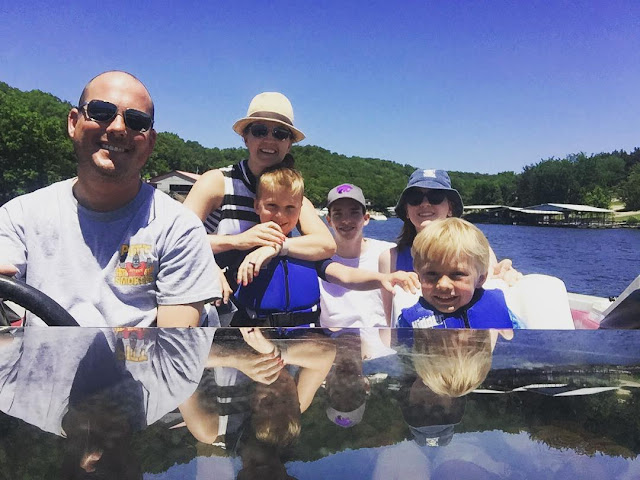 We ventured over to a new-to-us place called Jolly Rogers and come to find out, it's closer than our usual go to place of Coconuts & the food was probably even better. I can see this place becoming our new regular boating restaurant. 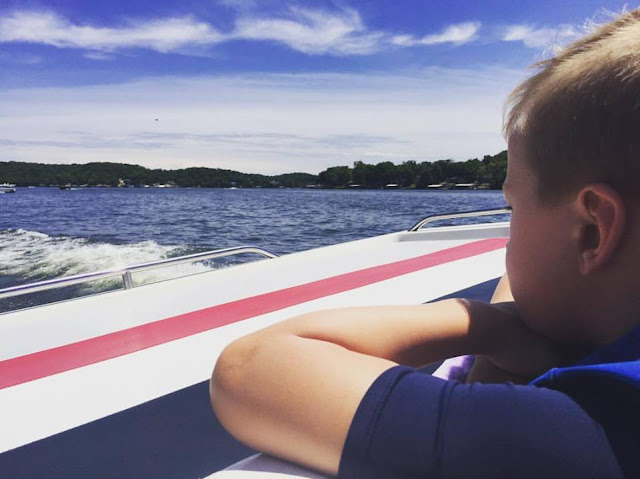 Once we returned back to the house the boys were right back on the water and it was almost as though the little incident earlier, hadn't happened. A few hours later, Cousin Colton arrived and game on. The boys were in and out of the water. On and off the sea-doo. In and out of the swimsuits. They were fishing, shooting off fireworks, play catch & swinging in Tyler's hammock. It was another fun-filled family weekend. 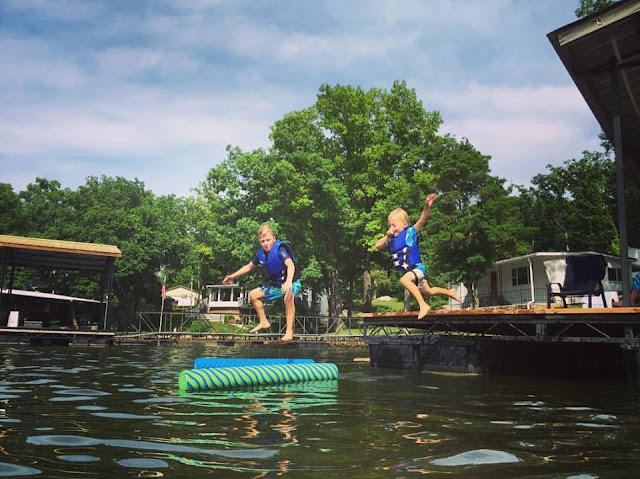 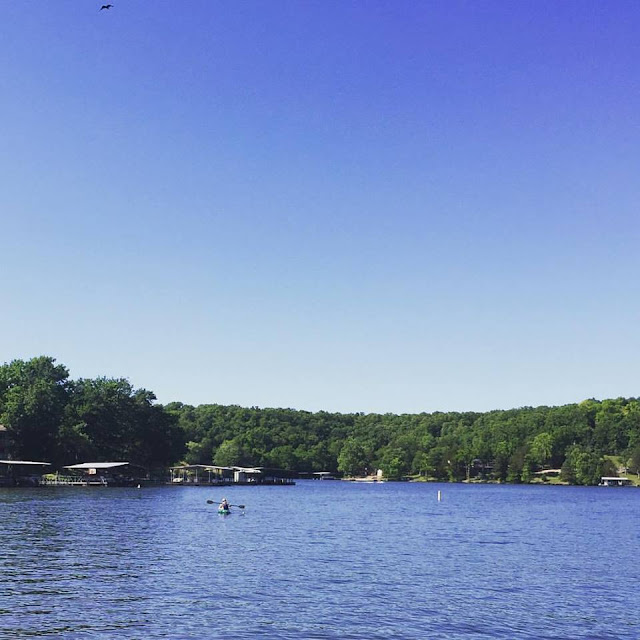 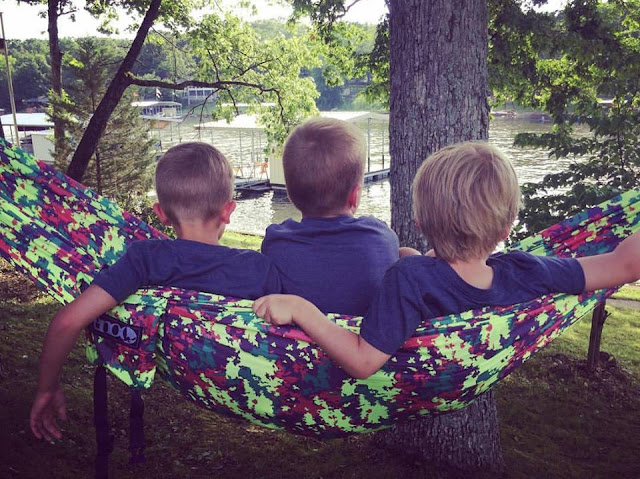