Well that school year flew by.

It literally seems like just yesterday where the boys were walking into school side-by-side for the first time but here they are walking side-by-side to the bus stop for the last time as a kindergartner and a first grader. Already they are referred to as the "South Boys" and hearing that at first made me worry but I have been assured by multiple teachers and faculty that they are just the sweetest, most polite boys & always have smiles on their faces. 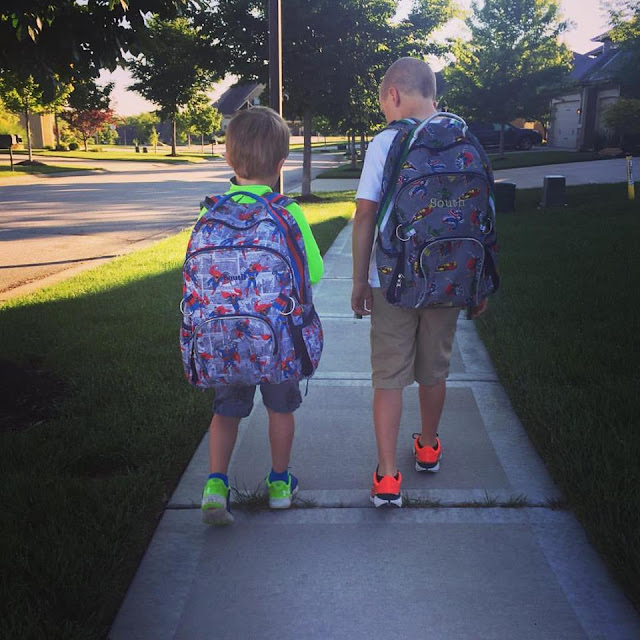 Logan started off the school year a little timid. He was always hesitant about me showing up at school, which was often since I was his class's room mom, because he was worried he would be sad when I would leave. In the beginning he was & he would almost always cry which would break my heart but Miss Timmerman always knew how to make him feel better. By the end of the year, he was trying to scoot me out there as quick as he could with the biggest smile on his face. 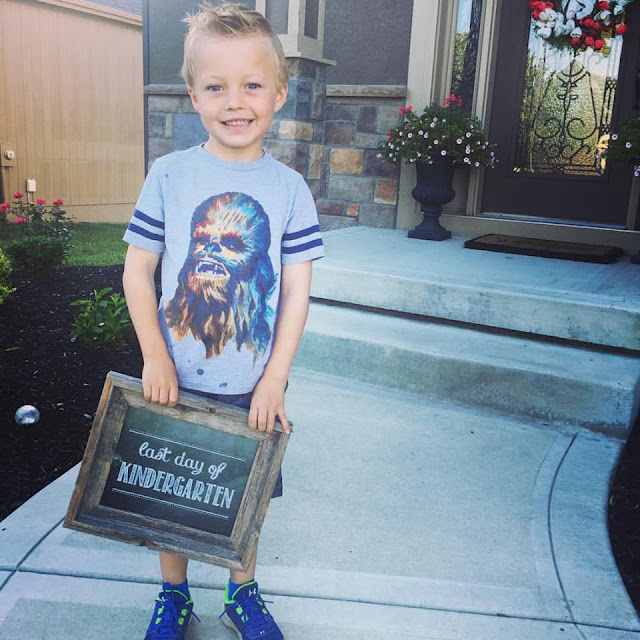 He couldn't fathom how he would learn to read. Though it was an impossible task but you know what, he learned and is a wonderful reader who is ready to take first grade by the horns. He made lots of friends. Seph was his very first friend from school & their friendship continued to grow. He also became great friends with Caden and Drake--both are on his baseball team which he's pumped about seeing how school is out now.

He is so ready for first grade.

It was our second year in a row having Miss Timmerman as our boys' kindergarten teacher and boy were we blessed. She was so great for our boys--boys who are different in so many ways. She allowed each of their personalities to shine in their own way. She challenged them when it came to reading & writing, expectations and cheered them on as they worked towards their goals. She set the foundation for a bright future in the best way possible for them and she spoiled us in every way possible. 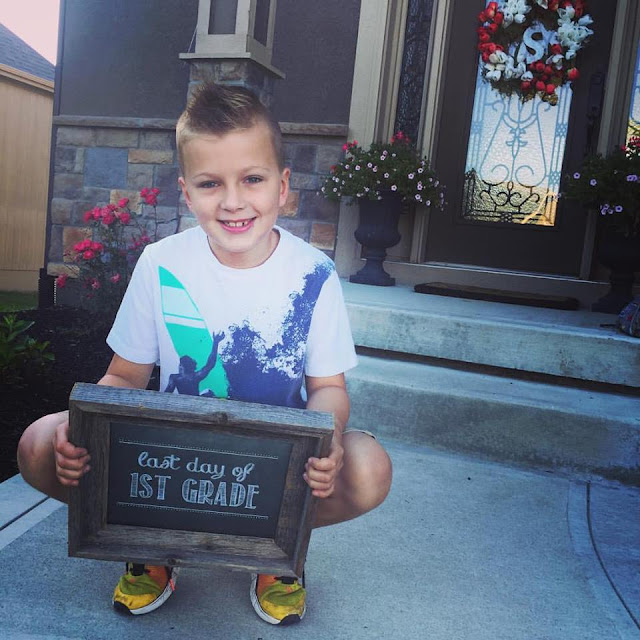 First grade was a challenge. I won't lie. This is about keeping it real. Kaden is high energy. He is impulsive at times. We've had him tested for ADHD or ADD and while he may be clinically significant in the school atmosphere, he isn't at home & you have to show it two atmospheres to be diagnosed. No doubt he has symptoms though. Structure is good for him. Structure with flexibility is best for him.

He's smart. Like really smart. He makes careless mistakes though and knows exactly what he has to do to "pass" and does it. I can't fault the kid for that, he just doesn't spend any more time on something than he needs to. His reports cards were also great, the best you could ask for and his year end report card wasn't any different expect for his reading grade---his more than 95% proficient in his fluency with reading but his comprehension of what he was reading dropped. We were frustrated but not with him. It seemed as though the system let him down and he wasn't tested at the end of 3rd quarter because he was above district standard but then at 4th quarter he had digressed with no communication made to us until right before school was out. There were lots of factors that went into this, it was no one person's fault, but I can tell you I learned a valuable lesson this year, one I am thankful I learned so early on.

Kaden continued to make great friends---but most of his good friends from kindergarten were in different classes this year. So he had to learn to make new ones, and he did. He enjoyed playing soccer with his friends each and every day at recess. He especially liked having cafe day with some of his classroom buddies. He also gets to continue to see two of his buddies at their baseball games this summer which is so wonderful.

The kid loves so big. He has a huge heart but with that comes a lot of energy & we are both very excited to turn the page and start a new chapter with 2nd grade. We may have to make some difficult decisions next year but the most important thing is to ensure that Kaden is given the best possible chance to excel in all situations. He's going to do great things, he just needs US to have a little more patience and understanding. 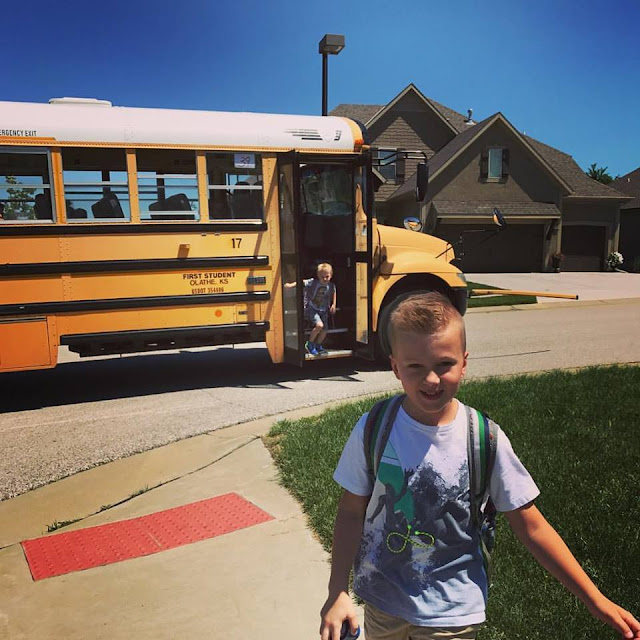 This summer is sure to bring lots of adventure for these two again. Emily is back from finishing up her freshman year at K-State & is ready to tackle the summer head on with them. They have baseball, KidsGig, lake weekends, mini-camps here and there, pool, and sleeping in for as long as they want Oh the joy.

Schools out for summer. Souths Out.
Posted by Kayla South at 9:42 PM