Family Day at The K

We had made plans to go to The K on Friday night, the night before Logan's birthday but I had a list a mile long that I needed to accomplish for the birthday parties, so we put the game on the back burner and instead had a Cinco De Mayo party... 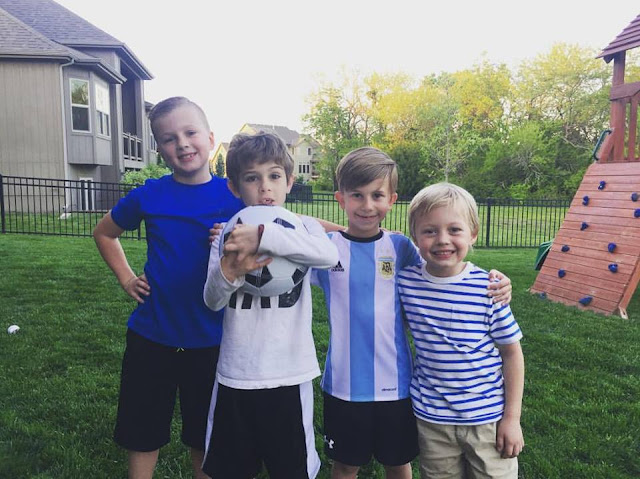 But then some friends texted and said they were going to the game on Sunday for their little girl's 3rd birthday and asked if we wanted to go. I knew the boys and frankly Justin and I would be exhausted but I also knew how much the boys would want to go. So we said yes, we would push through. & I am so happy we did, we had such a great afternoon at The K, albeit hot.

We kicked off the afternoon with a little tailgating--hot dogs for the boys, turkey burgers for the adults.

Logan found a comfortable spot in the shade. 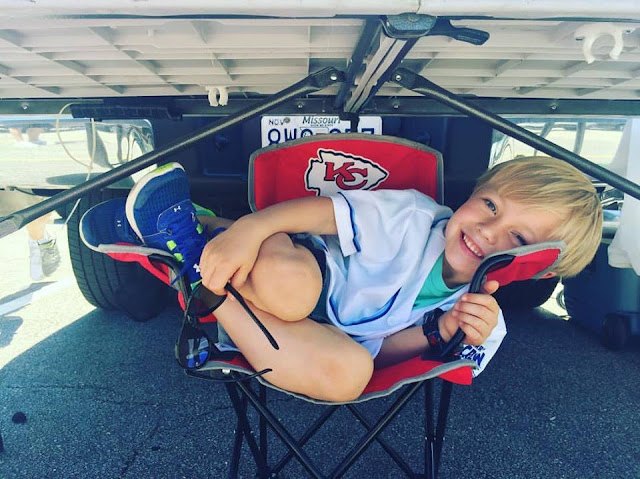 It was finally time to make our way into the game, after all one of our favorite parts of the game is the National Anthem. Kaden loves to sing along and on this particular day we had a special treat of the National Anthem being done by a famous trumpet player and although he couldn't sing along, Kaden kept up with him. 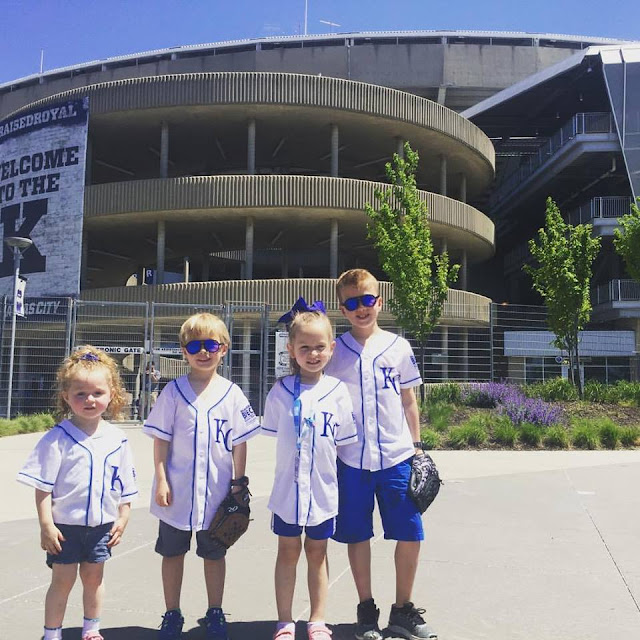 And one little family pic before we said goodbye to our friends since we weren't seated together. It was a hot day and we were completely in the sun. I was lathering sunscreen on with the boys like it was going out of style. We sat and watched the first few innings and around the top of the third the boys and I headed out to the Little K to find a little shade and to see Slugger. The boys still love Slugger & since today was throwback day, Slugger was wearing his Monarchs uniform just like the Boys in Blue were. 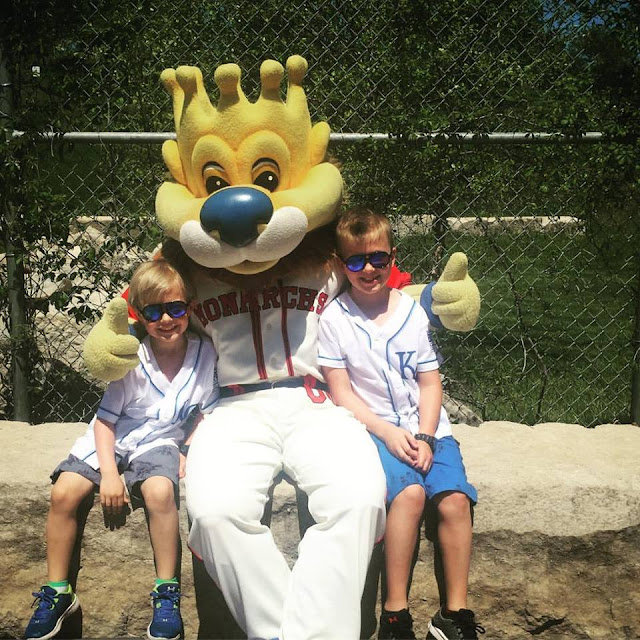 We hung out for a few innings as the boys made their way around the Little K, with an emphasis on little apparantly Kaden is now TOO BIG to play on the Little K. He wasn't too upset, he fielded from the outfield and then hit the pitching gun before returning to the seats to sno-cones. It also happened to be Family Fun Run at the K too. So we hung out, in the heat, until the end of the day so the boys & girls could run the field. They've changed up things this year and you can no longer go all the way around the bases, you go from first to third. You can either run with your kids or meet them on the other baseline--I ran, Justin met us. But before I show the pics of us running, I have to share this one. Kaden loves helping out the littles and honestly, he shines most when he is able to do what he loves and that is helping others, especially littler kiddos. & this is why my ovaries hurt so much and I can't get a third kid out of my head, he gets me every time. 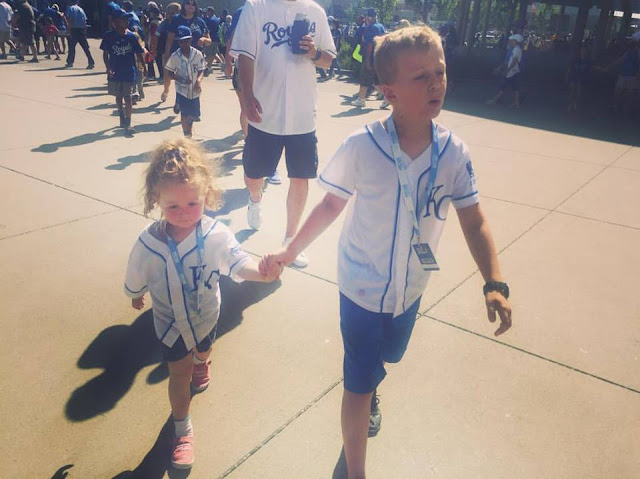 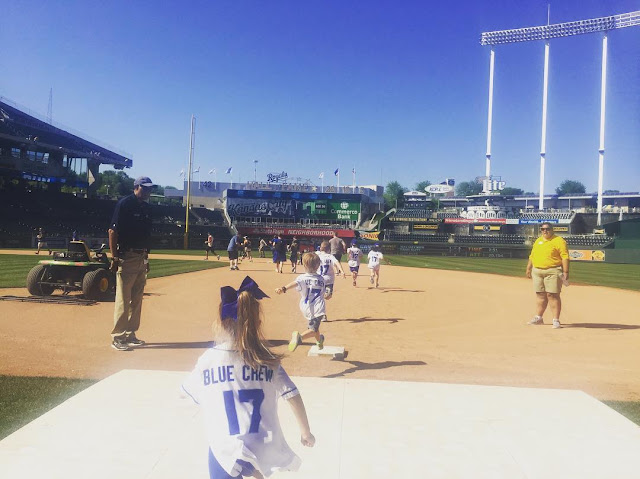 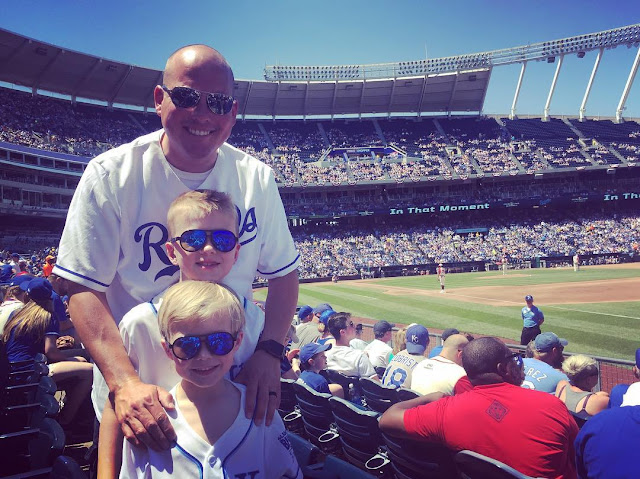 And although we lost, any day is a great day to be a Royals fan.
Posted by Kayla South at 11:40 PM