Birthdays stress me out. There I said it. But it isn't for the reason that most would think. I get stressed out about who to invite. Do we do one GIANT party and I'm talking about schools friends, family friends, family or do we just have a party with school friends or just family friends. I'm always worried I will make the wrong decision and hurt someone's feelings or worst yet, my sons. So when Logan's birthday became the topic of conversations--the what, when, where--we quickly moved the conversation to the invite list since this would dictate where we could have it.

(I should note, I had this very same problem with Kaden's last birthday, his 7th birthday. And in the end, I asked him what he wanted and he wanted a small party with a few a friends from school & that is what he got. A few people were disappointed they weren't able to come but it was what he wanted. Logan, well, he couldn't make up his mind and thus it was more stressful.)

He immediately named his three closest buddies in his kindergarten class and one of our friends that is in Kaden's class and then took a pause so I took that quick moment to throw out the Top Golf idea. I told him what it was and pulled it up on the internet for him to see and he was immediately sold on it. The location and invite list was done--we would have 4 friends, Cousin Colton and then our two boys.

I called Top Golf to see if I could bring in a cake or cookies and they said that as long as it was store bought then they had no issues. So I quickly sent out the invitations before he changed his mind. I was a little worried that since the list was so small that not everyone would be able to make it but they all said they could and Logan was so stoked. So stoked that he even wore pants and a golf shirt for me! 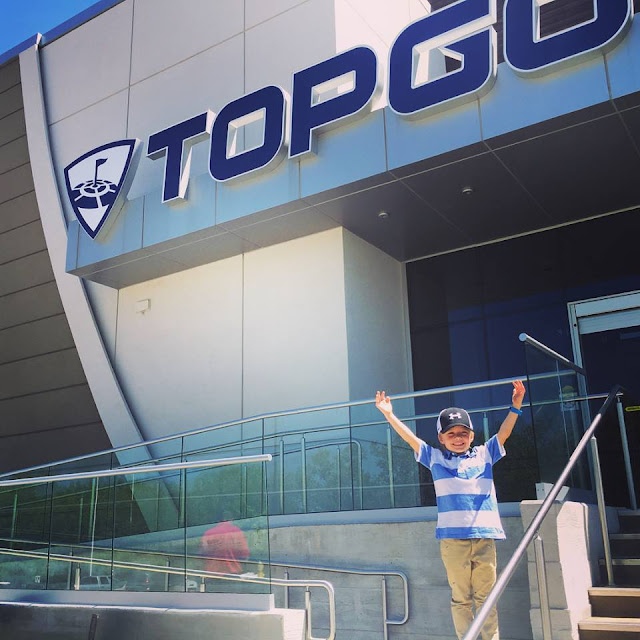 Since we were keeping the invite list small we decided that would also allow us to get some better party favors for his friends--I HATE birthday party crap, it always gets thrown into our toy room & never touched again but always there. Anyways, I had found some really cute golf club and golf ball key chains off of Etsy that I ordered and then I went on the search for golf hats for kids and ran across a great deal on these hats. Bonus points that they were Under Armour and black & white--two of my favorite things. I ordered them in two sizes (they were fitted) and luckily they fit pretty well & even better, the boys are still wearing them! 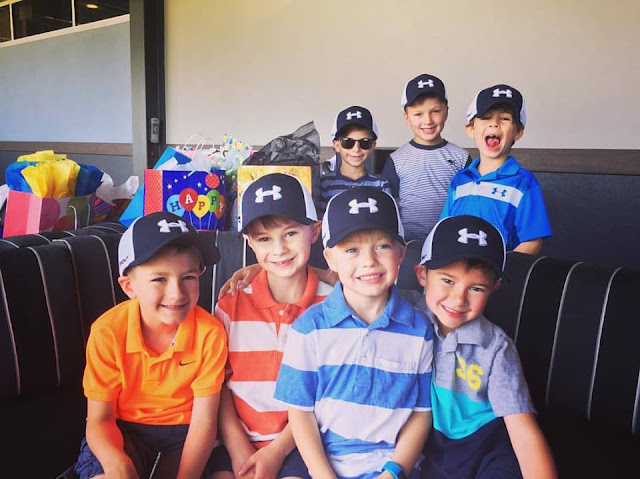 Is there anything cuter than little boys all geared up for golf? Nope. I don't think so. 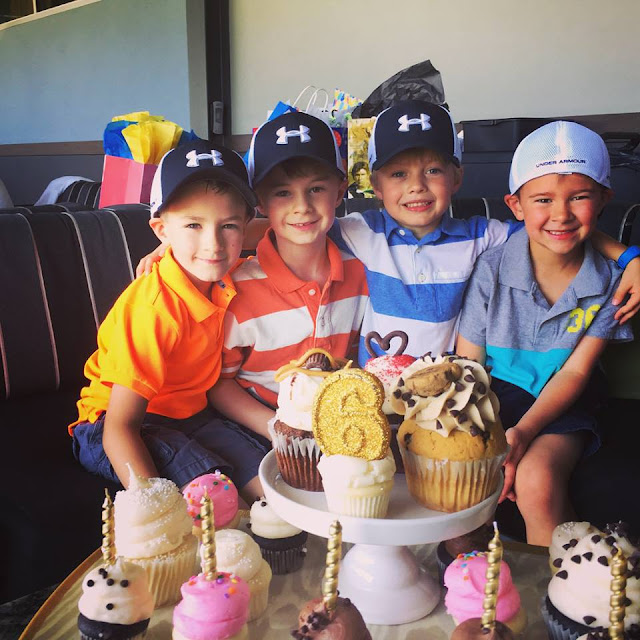 We rented two bays--Saturday's before noon are only $20 an hour--we put the bigger boys on one bay and then Logan and his classmates on the other. The picked it up quickly--especially after Drake's dad gave them a quick lesson. 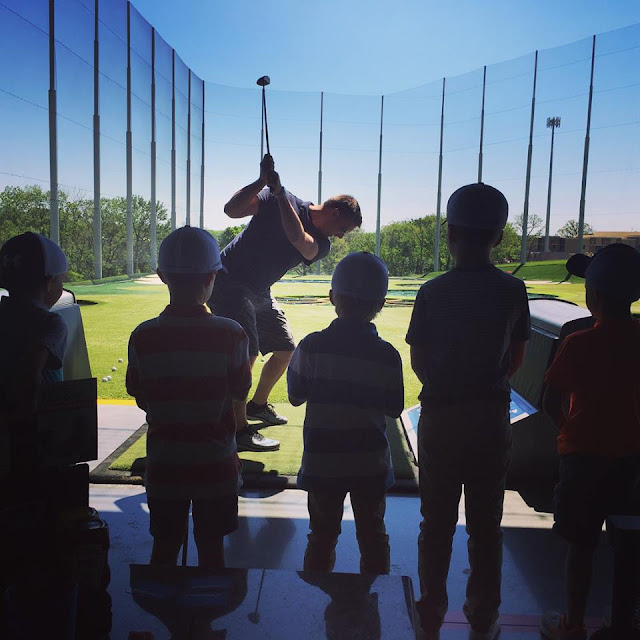 For the next two hours the boys took turns hitting golf balls & when it wasn't there turn they were sippin on some lemonade and Sprite & stuffing their faces with cupcakes, GiGi's cupcakes--yum!


We did take a small break to sing Happy Birthday to the birthday boy and to allow him to open his gifts but these boys were all about the golf. 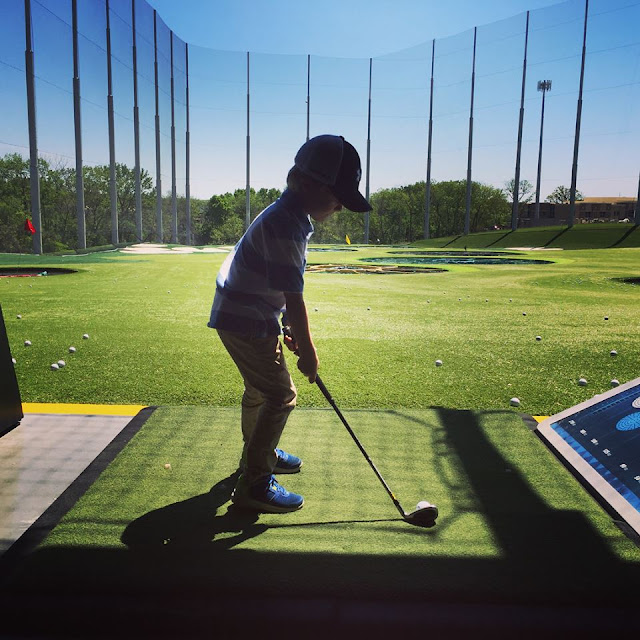 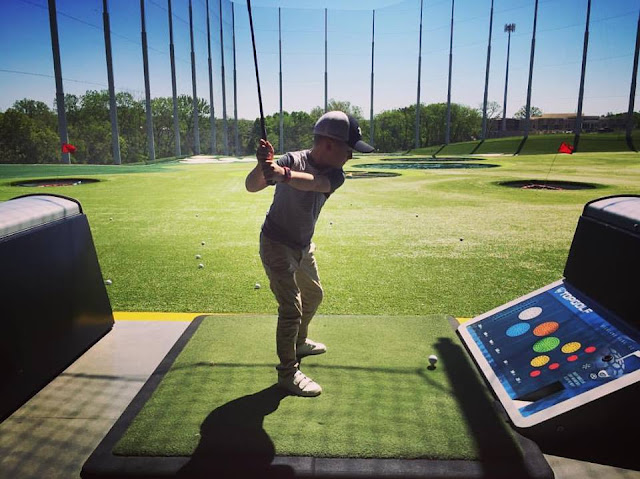 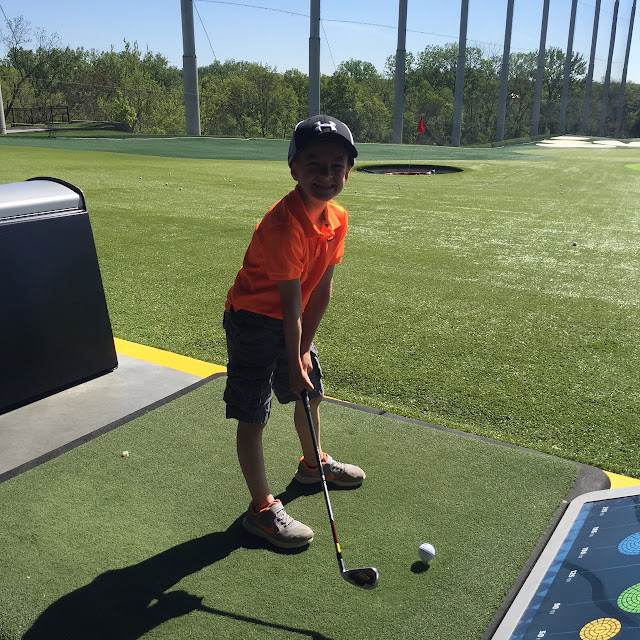 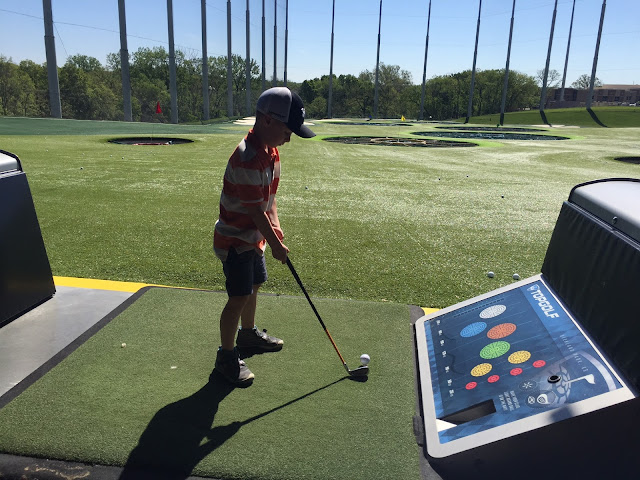 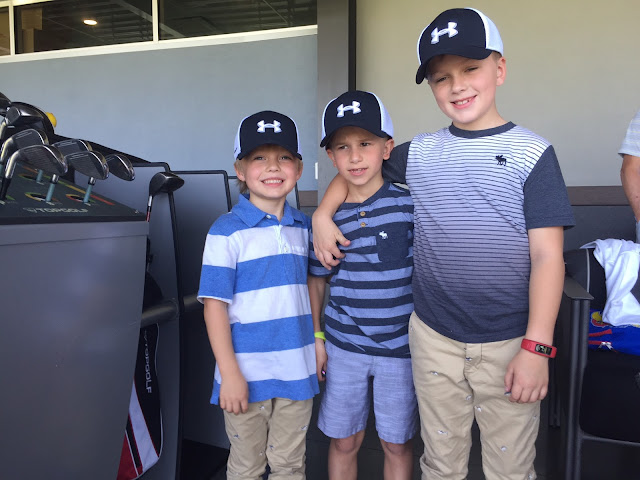 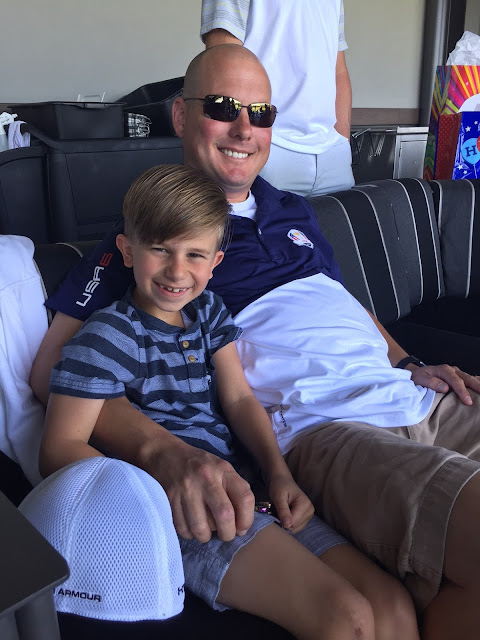 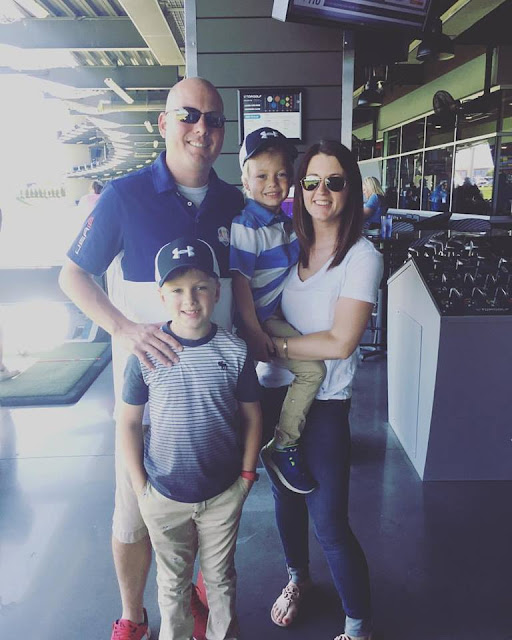 Honestly, it was the perfect little celebration. I would have asked Logan but he and Little C (his name is Caden too and he suggested being called Little C--love him) but they both were a little wiped BUT I'd say that's the equivalent to two thumbs up! 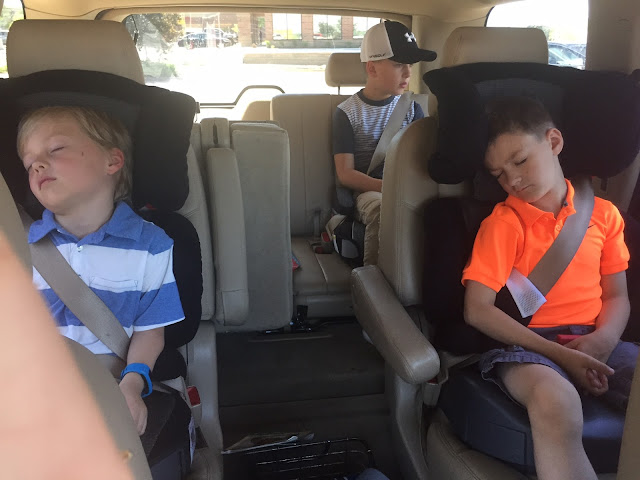