Sometimes all you need is a good rainy weekend to force you to stay home and tackle a few projects & then spend the rest of the time curled up on the couch introducing some classic movies to the boys.

We started our weekend off with Justin bringing home a new car for us to test drive (it was finally time to say goodbye to the old Camry), dinner with Cousin Colton and then a trip to the batting cages. 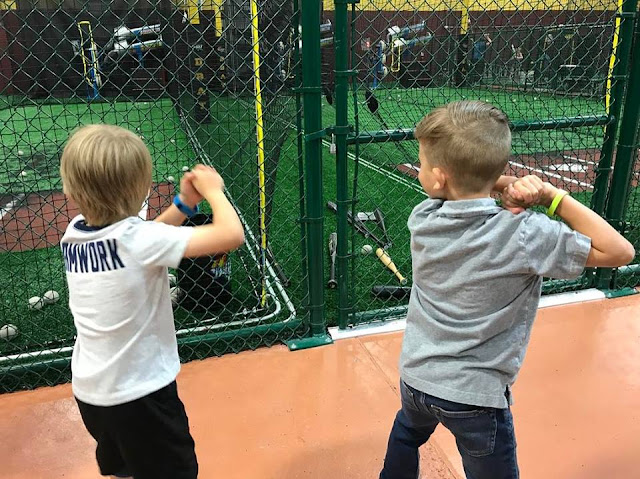 The boys were begging to start a movie and since Justin and I both were pretty certain their games would be canceled the following morning we gave in and started The Sandlot. The boys had seen it once before but it had been awhile and now since they are both playing baseball we thought it would be a good time to reintroduce it. They loved it & hearing them laugh to something we grew up with was just the best.

We had decided after driving the car Justin brought home that we didn't want that exact one because there were some paint issues---it's what Justin does for a living, assesses damage on cars--but they had another one just like it on the lot so we went with that one. He left nice and early to start the buying process while the kids and I started another classic--Might Ducks Two. A little while later we loaded up and headed to meet Justin to finish the paperwork and say goodbye to the Camry. I wasn't all that sad to see it go but we've had it as long as we've been parents. Which then got me to thinking, if we keep this car as long as we did the Camry, Kaden will be driving and it might become his. Mind. Blown.

Thankfully the process wasn't too long and the boys were great so we treated them to a quick lunch at Chipotle before heading home and taking on another project, the birthday cake for Logan. They get a real kick out of me baking their cake each year and my mom always made my birthday cakes too which makes this even a little more important that I do it for them as well. This year since we were having two parties and one place wouldn't allow homemade treats it was decided for me on which theme we would be following--Smore's, camping, nature it was.

The cake was pretty basic and a lot easier than it looks--I mixed a chocolate cake and a white cake together and cooked 75% of the batter from both cake boxes in two 9 inch round pans and then stacked them. From there I iced the cake, cut down graham crackers and placed around the cake using the icing to secure it. Melted down chocolate, poured on top and then topped with marshmallows. 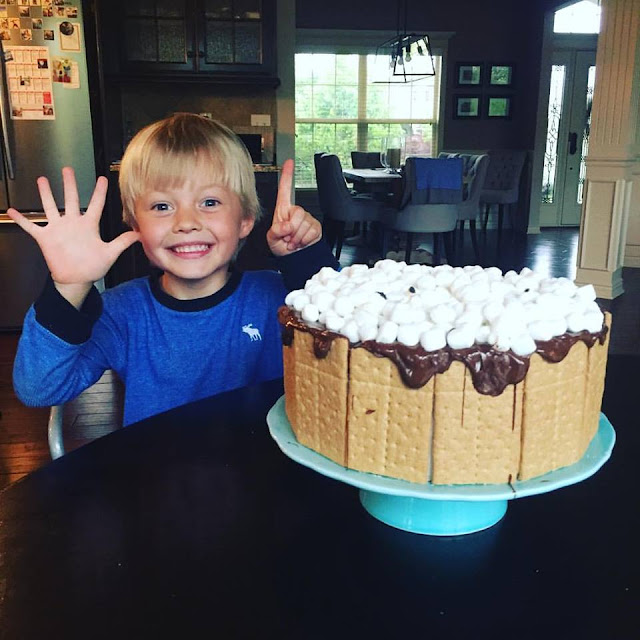 But the cake toppers still needed to be created so Logan and I went to work on them next. I purchased a few woodland animal plastic figurines and drilled a little hole into the top for a candle to be inserted. 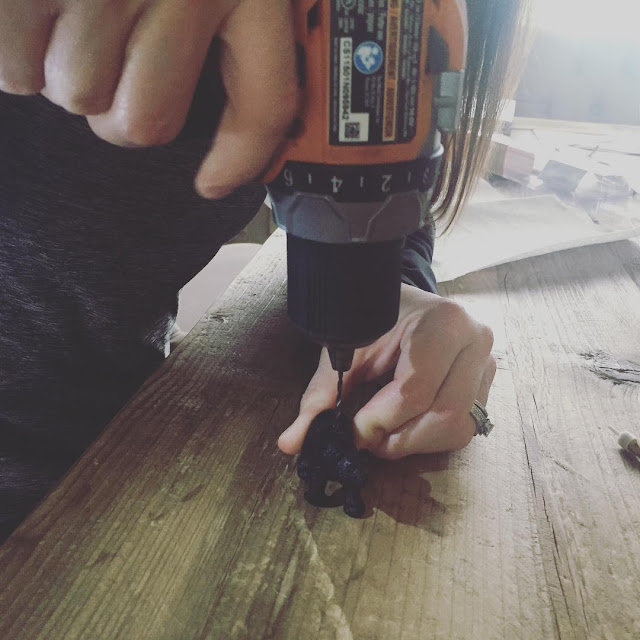 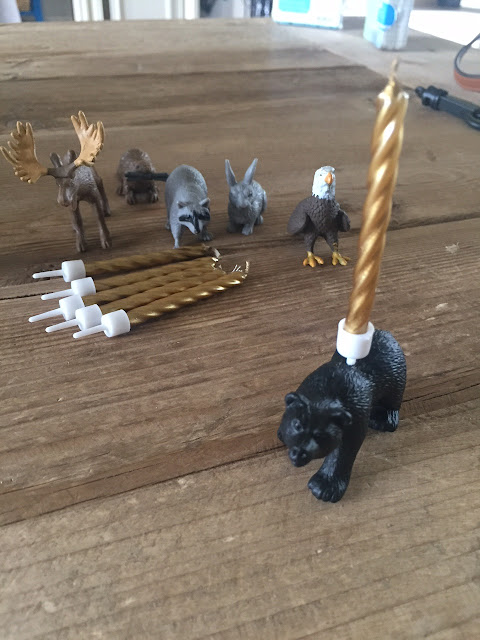 I then spray painted them gold, after all it is his Golden Birthday, and now we had woodland animal cake toppers. 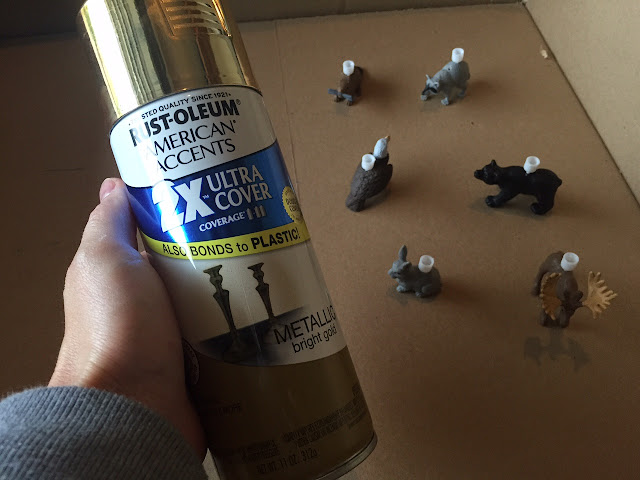 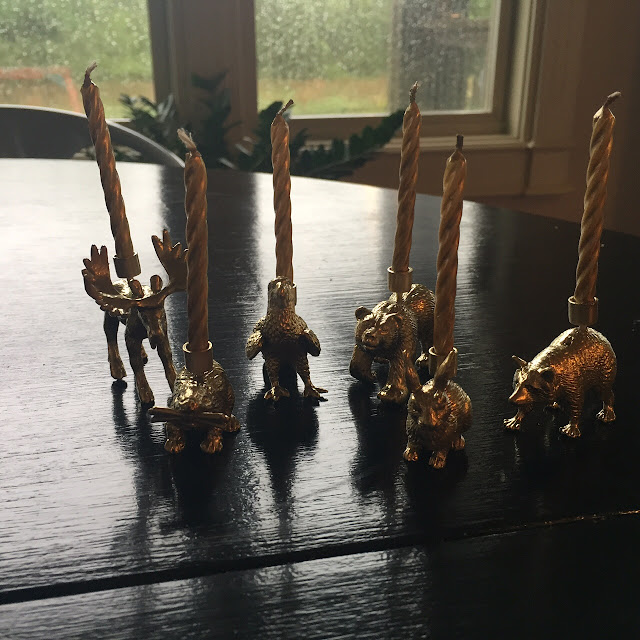 And just like the rain that didn't stop ALL weekend long, our projects didn't stop either. On Sunday after church Logan and I decided that we would head to IKEA for a couple of things. I needed to grab some frames to make a gallery wall in the toy room and while we were there, we picked up some mini orchids for our neighbors--it was May Day the following day.

The gallery wall was kind of a spur of the moment idea. We picked up a few Ribba white frames, mixed in a couple gold Ribba frames and within 30 minutes of being home we had it completed. Gallery walls always scared me, I was worried it wouldn't be balanced correctly or I wouldn't have enough frames or too many, but I have quickly learned, they can be a work in progress. Start with what you think and then live with it for awhile. If you don't like it or it needs something more, change it or add to it. & if you use 3M Command Strips, you don't have to worry about putting tons of holes in your wall to hang your frames--I seriously, never hang anything without thinking about using 3M Command Strips, they're stock at home.

I've saved every single piece of artwork the boys have brought home and I needed something for this wall so I thought why not put up a few of their favorite pieces they have brought home from school. I anchored their artwork with my brother's charcoal piece from when he was in high school. (I may or may not have stolen this from my mom).

Look how proud this kid is of his work. 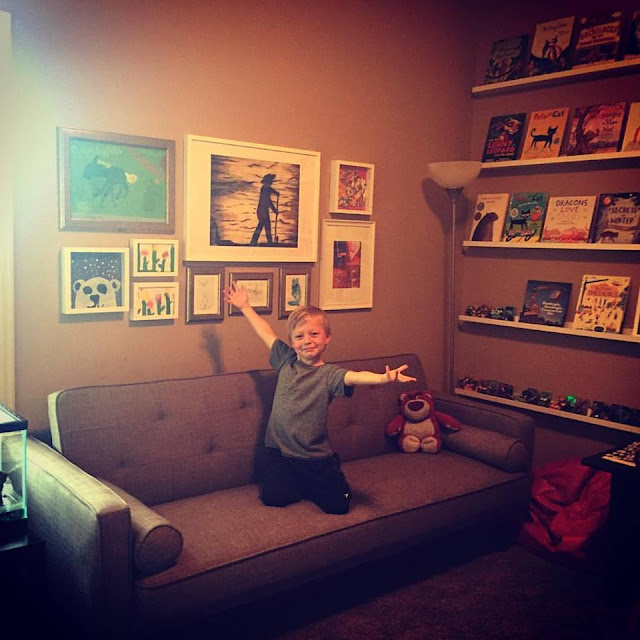 And that was the weekend. Lots of movies. Lots of projects. Even more family time. Thankfully the sun came out on Monday when it was time to head back to school & the boys were able to deliver those flowers for May Day. 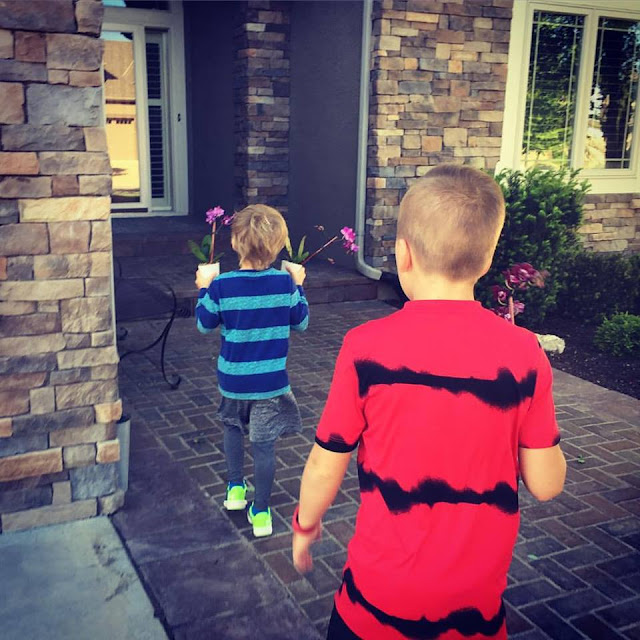