We had arrived in Freeport, Grand Bahamas. It was chilly and I mean chilly, this was our beach day, our final excursion that we planned and we knew we had to give the kids some time at the beach. We went with it though. Up and off the ship by 8 and on our way to the beach. For this excursion we booked a family outing at the beach, the kids would get to enjoy some activity time with a cruise coordinator---face painting, sand castle building, races and so forth... 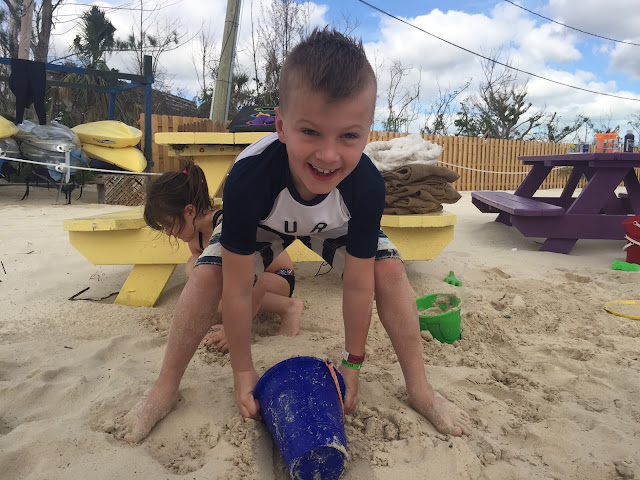 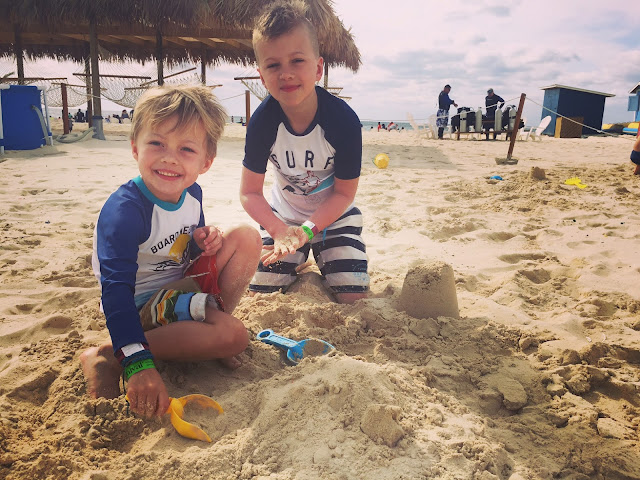 while Justin and I enjoyed some time at the beach in lounge chairs. 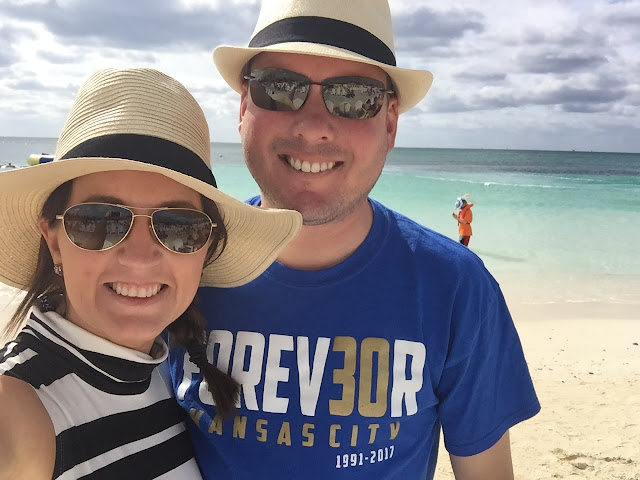 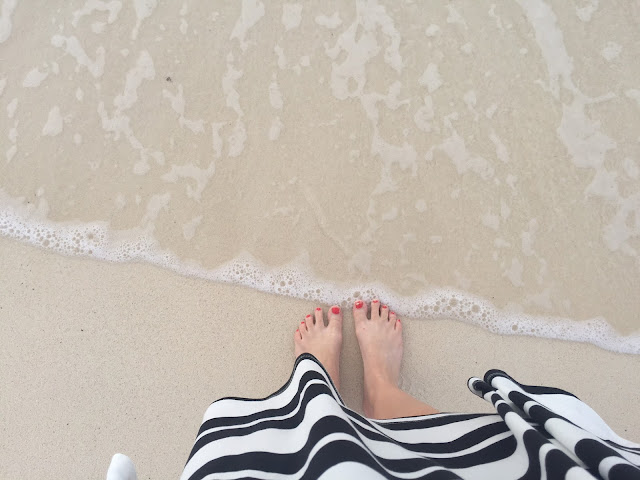 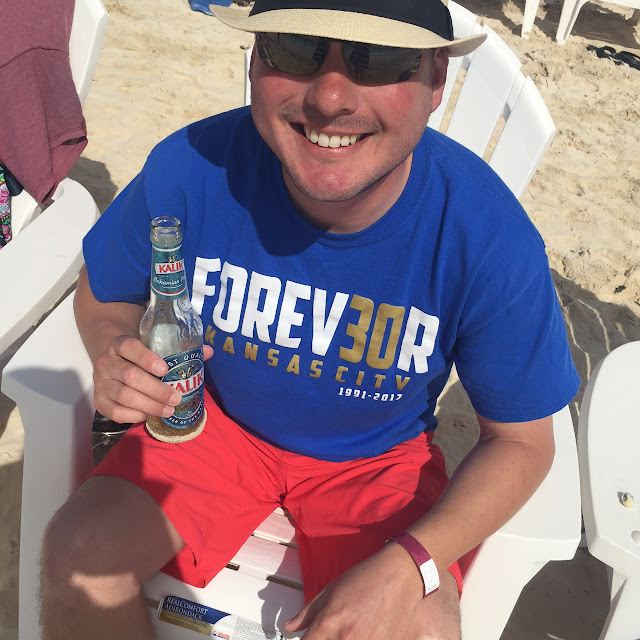 As we were sitting there enjoying our view, some local Bahamians came by with an iguana. You know I love lizards, I use to have one so when I saw this big guy, I knew I had to hold him. I grabbed the kids, fully knowing that Kaden would want nothing to do with it but think Logan just might be brave enough to hold it. I was mostly right, Kaden would not get any close than what the picture shows and Logan, well he was happy holding the tail. 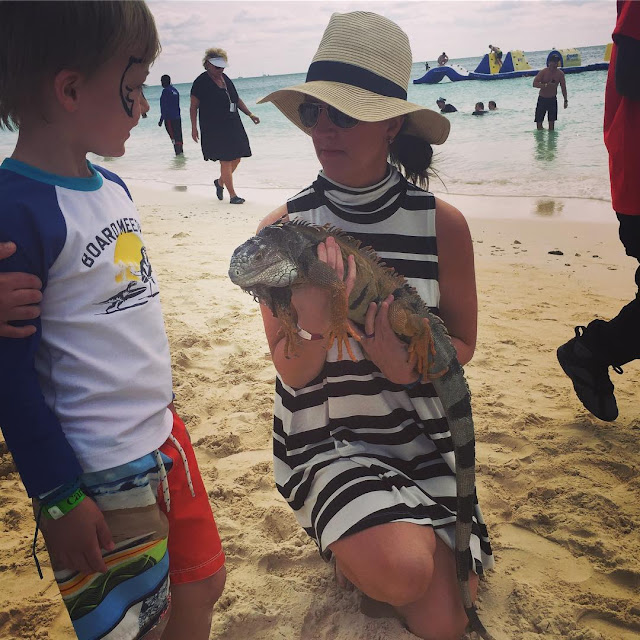 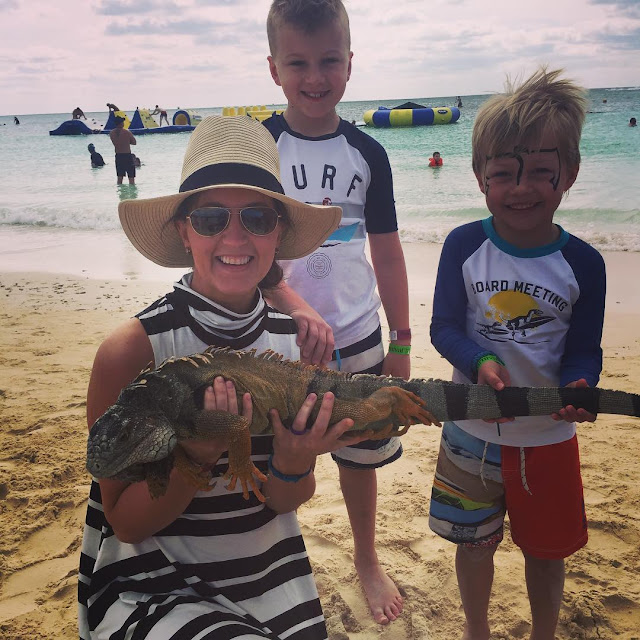 And then he saw the parrot, he thought he might like to hold that one. I told him that I would take it first and then he could see but he decided that he was good, he'd have him sit on his shoulder. Although the bird's feet were a little sharp, he stood there long enough for a picture or two. This kid really does have a way with animals. 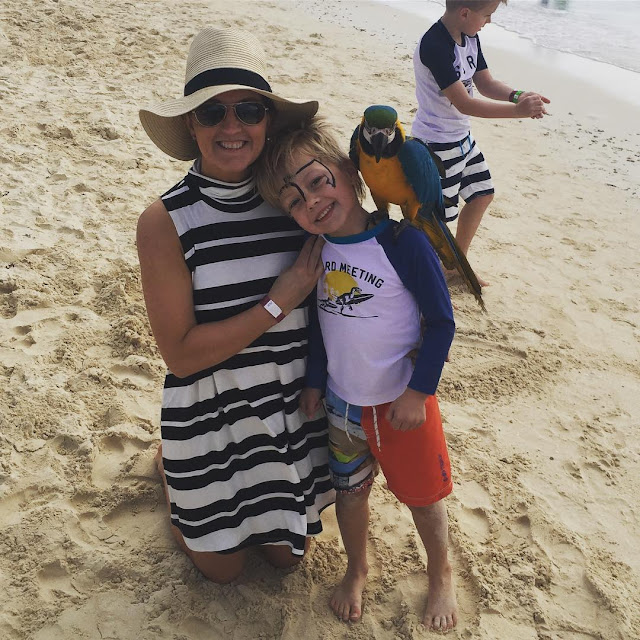 The rest of the our morning there the boys spent running in and out of the water & playing in the sand. Like I said, it was chilly but the boys could care less, I spent the majority of the morning with my cover-up on and a towel over my legs. With about an hour left on the beach the clouds finally vanished from the sky and the sun started warming us up. 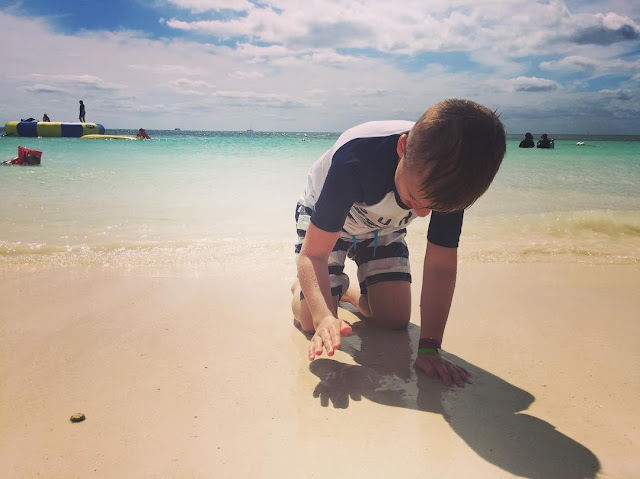 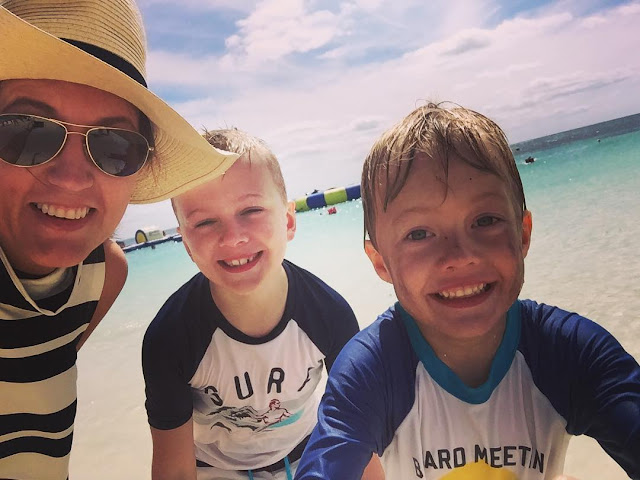 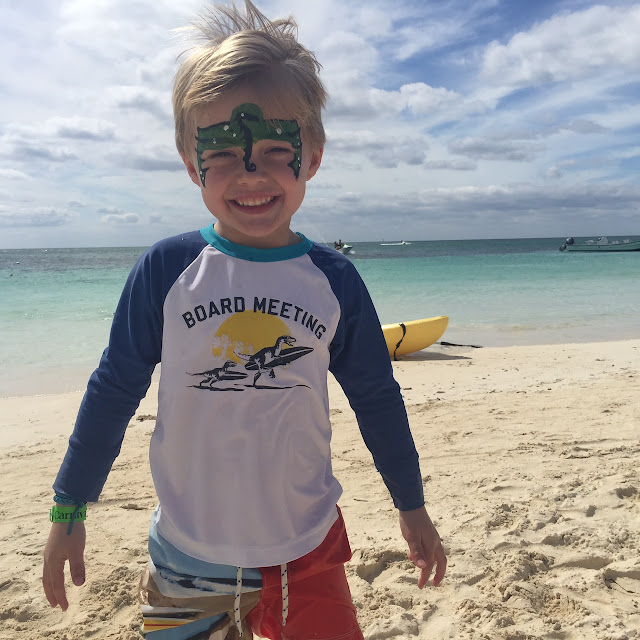 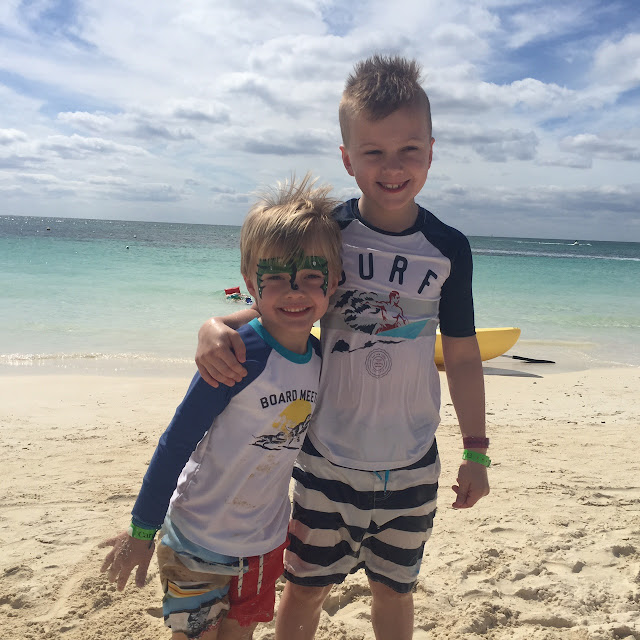 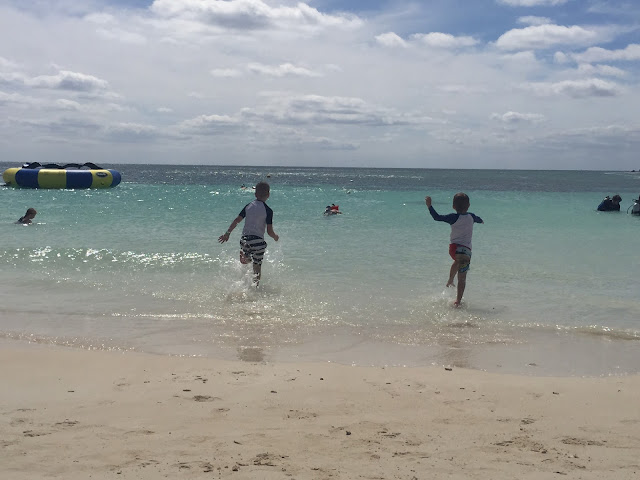 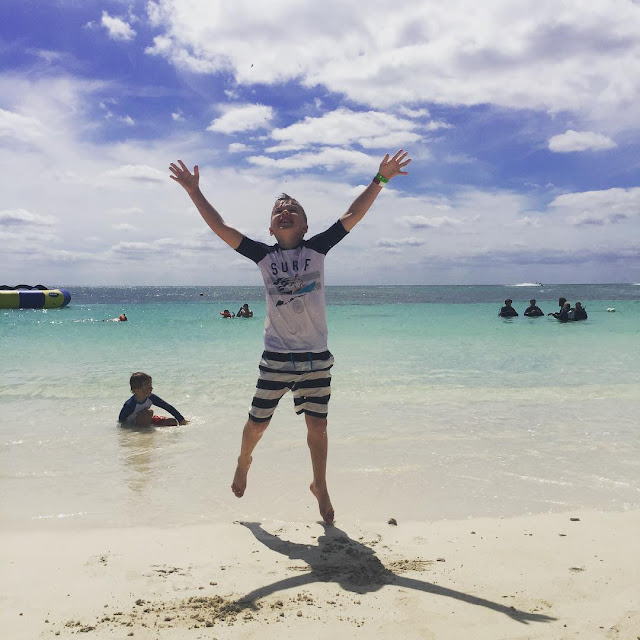 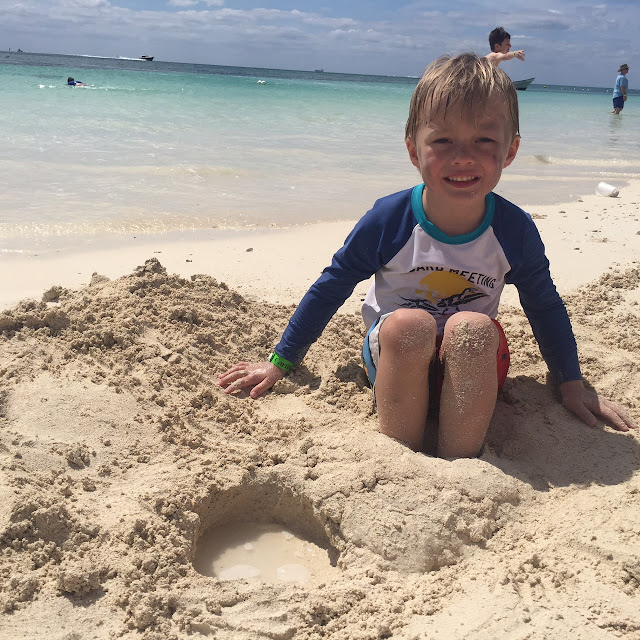 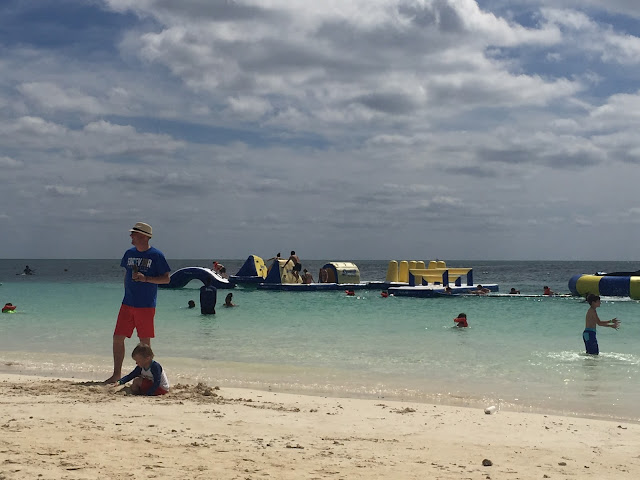 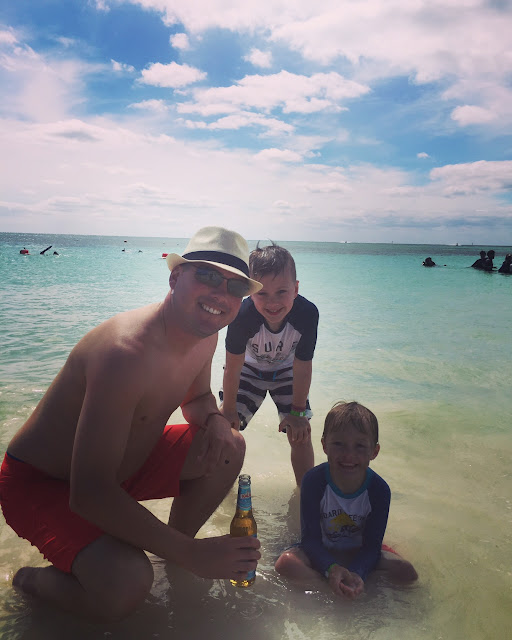 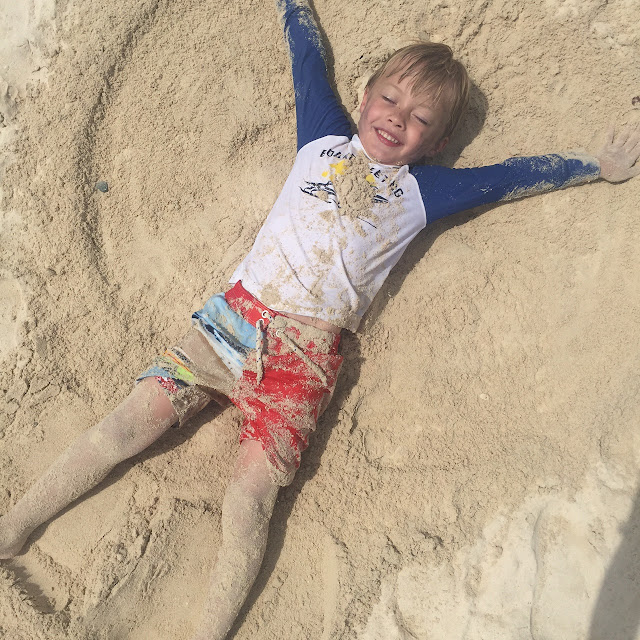 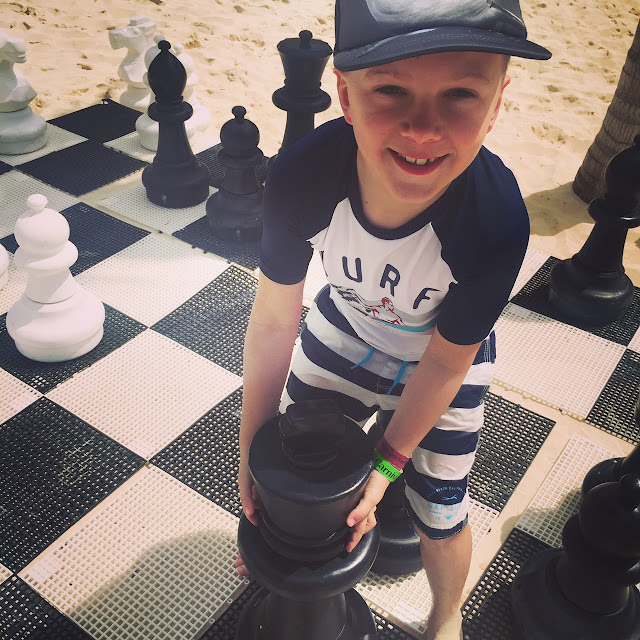 They were sad to leave the beach and as chilly as we thought it was at the beach, our ride home was so much worse. We got a double decker bus & of course we thought sitting on top would be a smart thing to do, well it was freezing. Logan thankfully was small enough to lay on my lap and cover up with a towel but damn was it cold. And even though we didn't have the most gorgeous weather, our time in Freeport, Grand Bahamas was pretty great, how could it not be with these three with me. 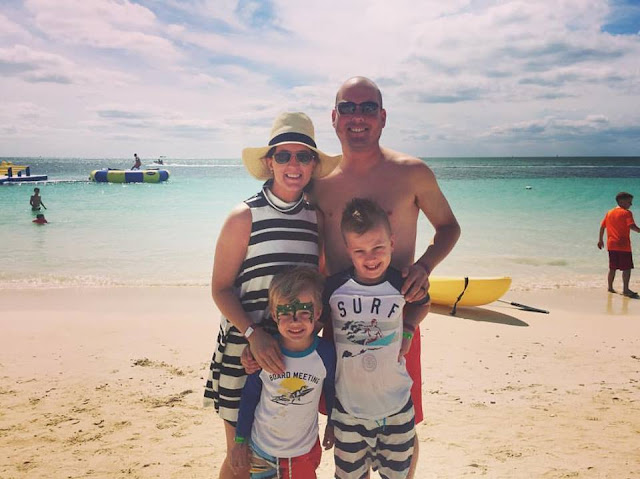 We returned back to our cabin, the boys changed and we headed for ice cream and a little fun in the arcade. Before we knew it we were moving again which meant it was time to clean up and head down for dinner. On this particular evening they had Thing 1 and Thing 2 available for pictures. as well as a few hats for the boys to wear. We didn't buy any formal pictures all week long, except for a few of these so the boys could have them in their room. 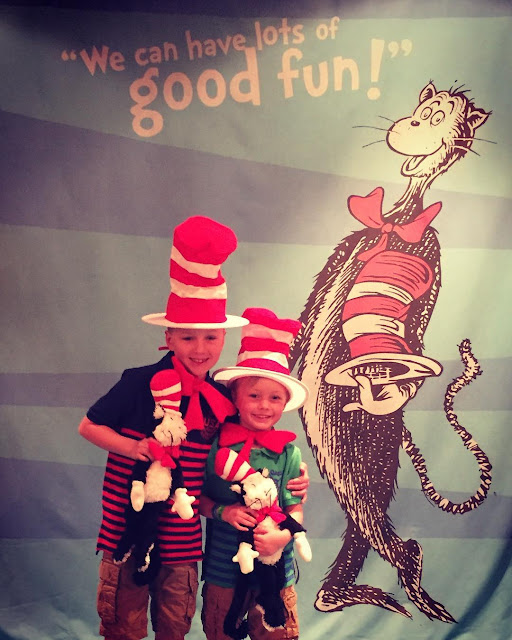 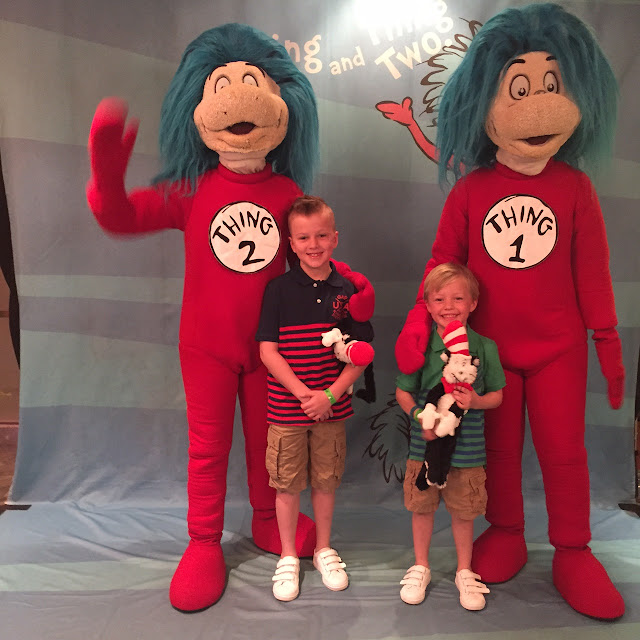