Surprisingly, we all slept pretty darn well considering we didn't sleep in at all! Nope the boys were up and ready to go by 7. We got them dressed and we headed to breakfast. Once again, something they weren't too sure about. We explained that there would be lots of options but their eyes were certainly bigger than their stomachs. Each grabbed a box of cereal & milk. Kaden two milks, one for his cereal and one to drink. They grabbed fruit, a bagel, cream cheese, waffles, bacon, sausage and yogurt---can't forget the yogurt. Logan looked forward to dipping his bacon into his yogurt every morning. 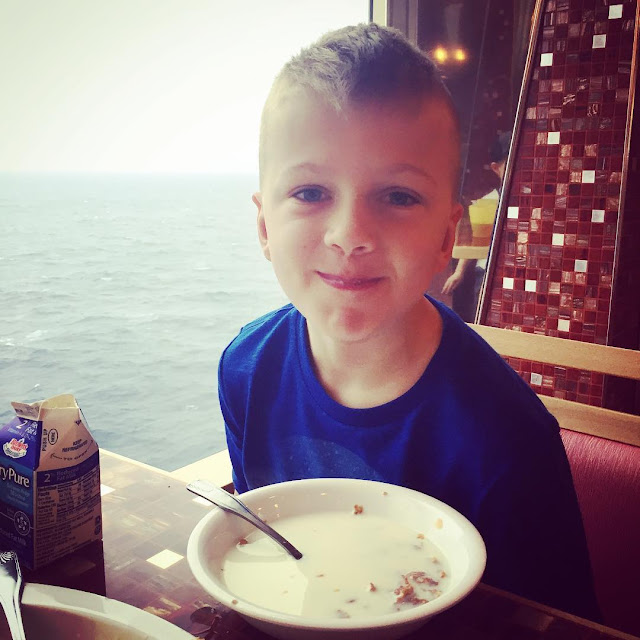 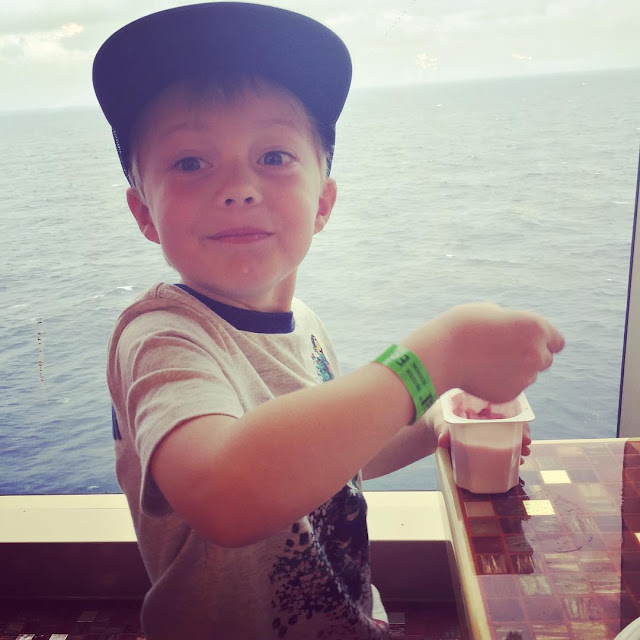 After breakfast we killed some time until the daily bingo game. On our first cruise, Tiffany and I would play bingo each day while we were at sea and so I though the boys might like it too. Plus, the jackpots were much higher this go around. we had three cards for each game and even got our own dabbers. It wen a little like this, each of the boys and I played our card and had our own dabber. As soon as someone got one away they would stand up and let everyone else know they were close. Well Kaden likes to stand so we were always "one number away". We did get pretty close two separate games but never walked away as the big winner. 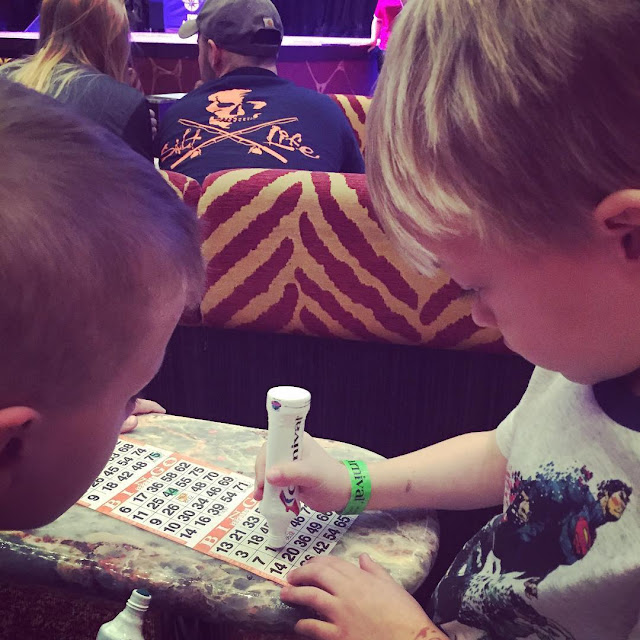 It was still pretty chilly out but the boys were wanting to play on the slides. They had a little kids area with slides that were pretty small but it also had the water works station. They had bigger racing slides where you could race one another & then they had the big slides--Twister and Drain Pipe--totally enclosed. Justin and I both were hoping the boys were try them each out but we were worried they would climb the stairs and get scared as we weren't going with them. 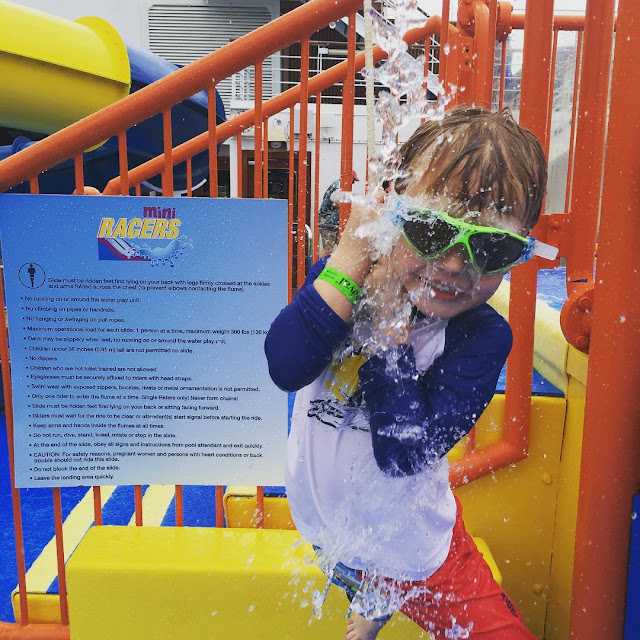 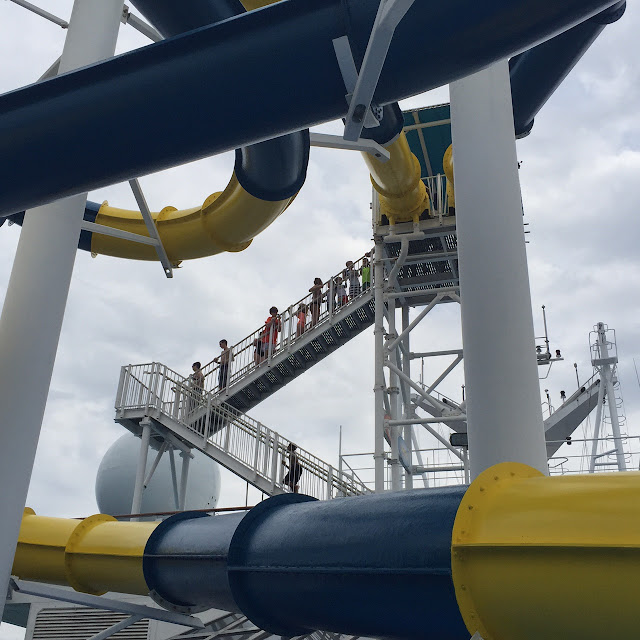 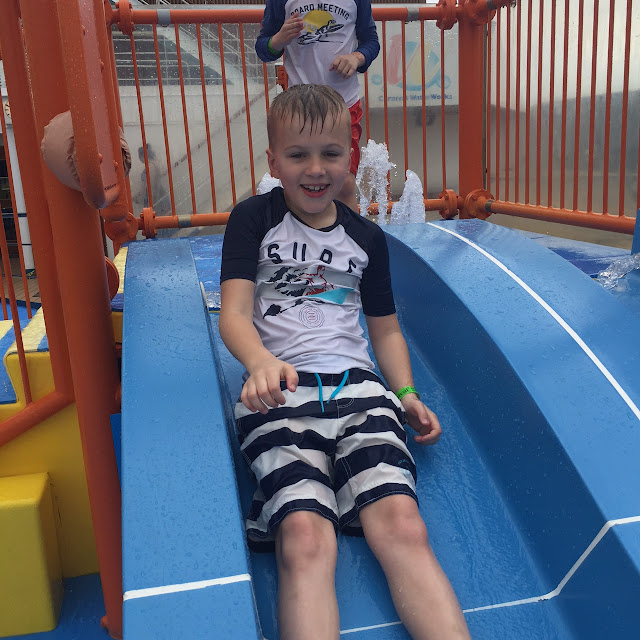 Best. Case. Scenario. They both went down the Twister with no hesitation, that we could tell from where we were standing. & then Logan decided to be the brave one and went down the Drain Pipe first, and if you couldn't tell from the picture, he LOVED it. I finally got Kaden to slow down for a second in between Twister runs to let him know Logan did the Drain Pipe and off he went. He had just as big of a smile when he came out. Game on. 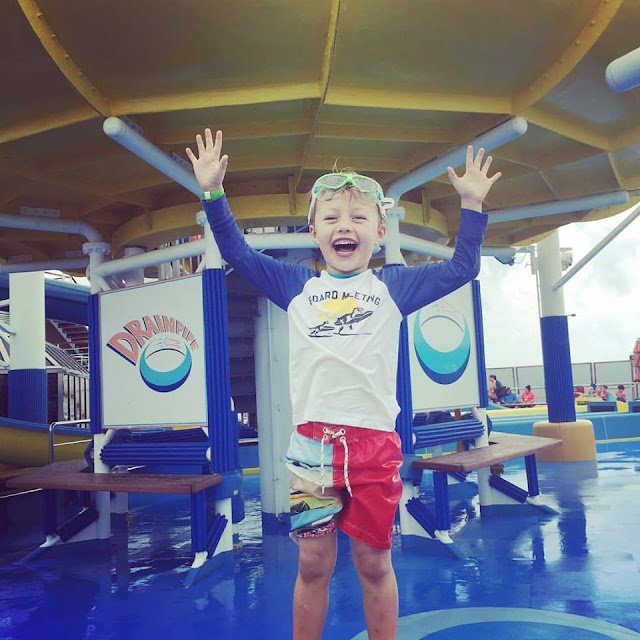 & let me tell you, they fly out there. Justin actually did it on the last day with Kaden as Logan took a nap and he refused to go again.

After the boys were wiped from playing on the slides we headed back to the room. It was our first "elegant" evening on the ship and we all needed showers. I did a lot of shopping at Gap prior to this trip. The boys are now set for spring and summer plus they added some nice pants to their wardrobe with sport jacket. I was not looking to spend an arm and a leg on a sport jacket for the boys, they won't wear it but maybe one other time & they'll grow out of it in no time. I found this one at Old Navy and called it good. & yes, I like to dress the boys up in matching outfits. Honestly, it's easier this way, they don't argue about what the other is wearing and they aren't. Plus, they look down right adorable. 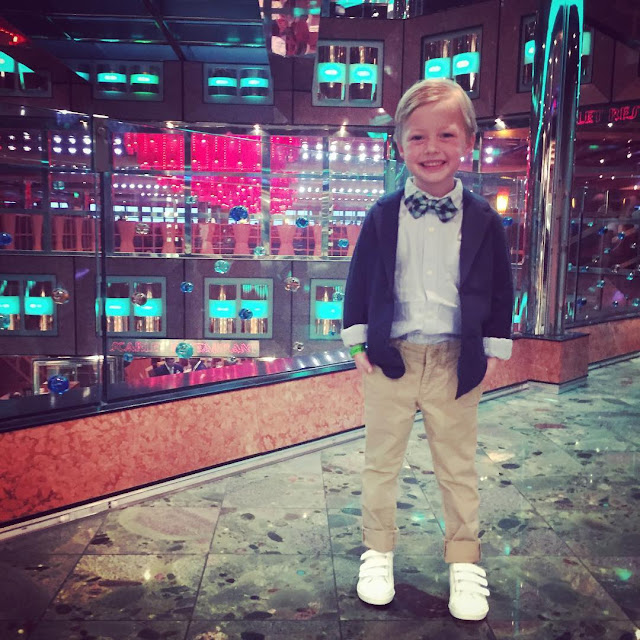 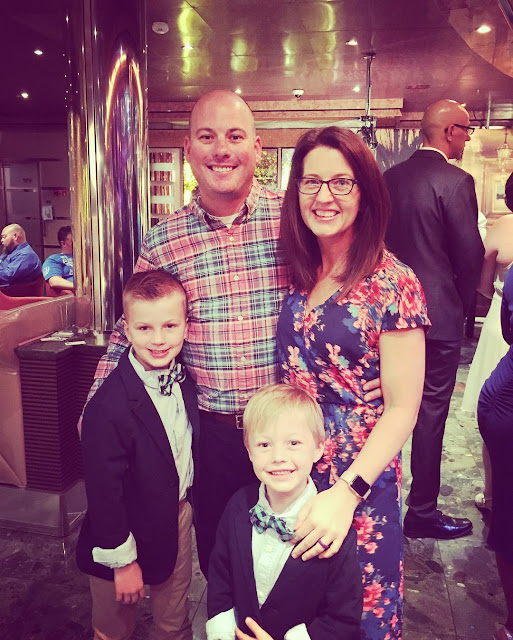 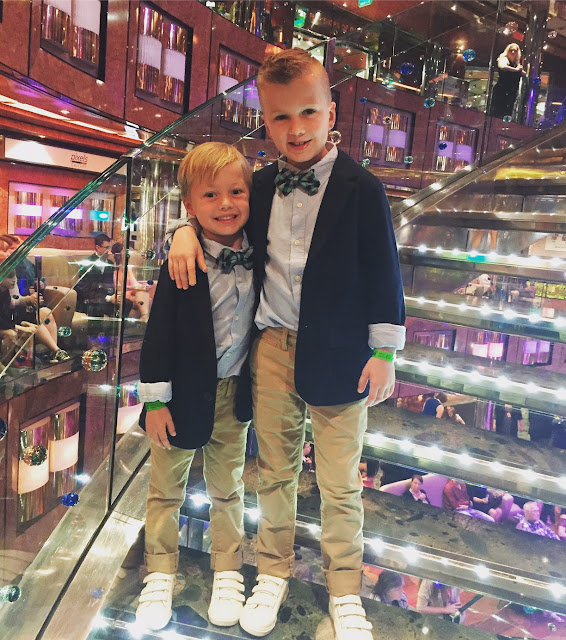 After our dinner we decided to walk through the main lobby area and found a line to stand in for some "real" family pictures. While we stood there the boys had the opportunity to meet the captain and his team of the Carnival Dream. They got their very own sailor hats and the captain even signed it for them. I wasn't quick enough with my camera for a pic so I asked the boys to take this one. Logan is so serious. Cracks me up! 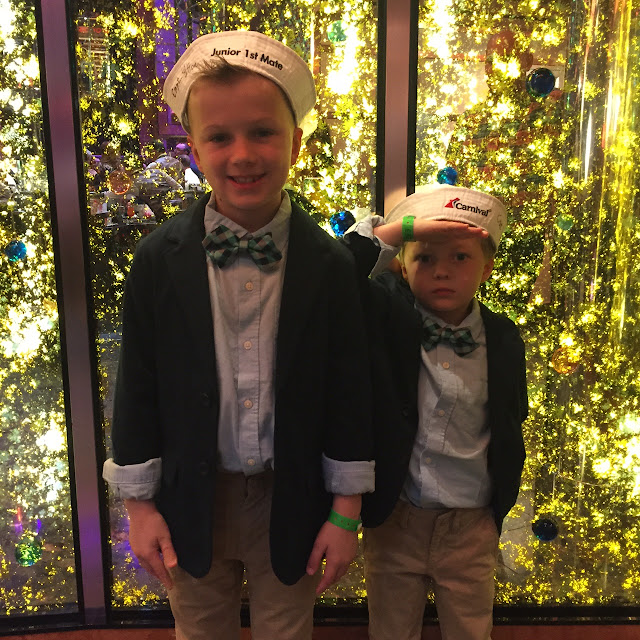 & then we finished the evening off in the arcade and with an ice cream cone. Wonderful evening at sea with my three boys.