It was time. Time for the boys to find out just what we were doing on our grand adventure. Our hotel was just a few blocks away from the port but the view was blocked by a GIANT convention center. We jumped in our Uber and told the boys to be watch out the window. They were filled with lots of questions and then they were silent, they saw it.

A HUGE SHIP! Yes, a HUGE ship boys. We explained that we would going aboard the ship & cruising for 7 days. They were excited but they still weren't sure what was happening. 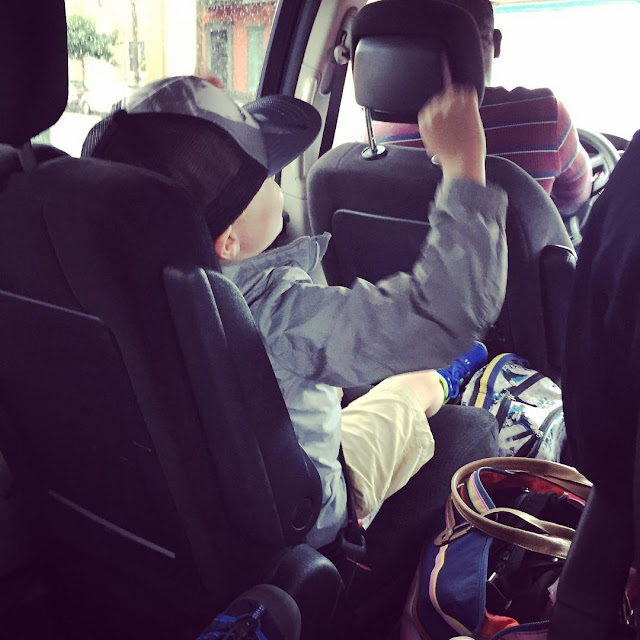 Kaden kept declaring this as the "best vacation ever" and "thanks mom and dad, i love you". The smile says it all. 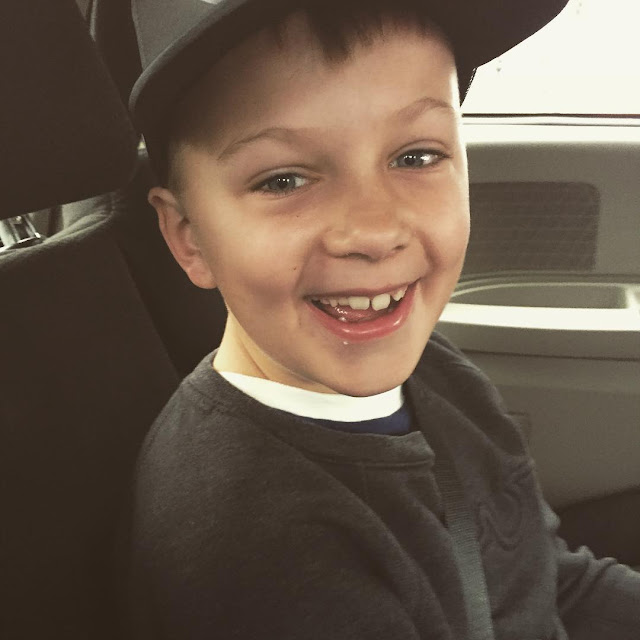 I decided to try and check us in online prior to cruising. I had all needed documents printed out and was given the boarding time of 10:30-11. We arrived just before 10:30 & there were lines everywhere. I wasn't sure where to go so I pulled the "can you tell me what I should do next" to some sweet kid and he took our boarding documents and said, "here go this way". I didn't mean to cut the line and actually once we were inside we realized that the lines were actually cruisers who were just returning from their cruise. We had ZERO issues or lines getting through security and then when we checked in we were handed our cruising cards, took our seat and in a matter of about 45 minutes, we were headed on the ship. Looking back, I would have purchased the Fun Pass, this allows you to be the first on the ship & expedites a few other things too.

Back to the boat though. The boys were so excited but yet still kind of unsure what to expect. We walked onto the ship & we had a little time to kill before we could get into our rooms so Justin and I grabbed a drink & found Camp Ocean to check the boys in and get everything squared away early so we wouldn't have to wait in the super long lines. After that we explored the ship, showed the boys what was in store for them over the next 7 days.

The awesome waterpark slide that they both declared they were going to do in not so confident voices. 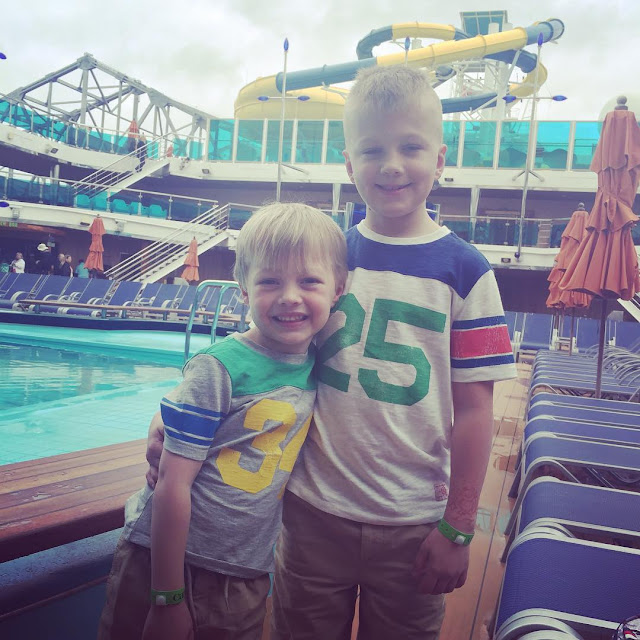 And then we took in some lunch on the ship. And ice cream cones---all you can eat ice cream for 7 days, two little boys were in heaven. We typically don't allow sweets everyday but we made an exception for vacation--morning, noon and night!

After lunch we went to check out our room, our luggage hadn't arrived but the boys got to see where we would be sleeping for the next 7 days. We decided that since there were four of us that the balcony would allow us a little more room. Justin and I could sit out there if we wanted to during the evening or we could just have some natural light to enjoy. It was a good decision, made the room feel so much larger than it was.

We had one king bed, a sleeper sofa for one of the boys and then a bunk bed lowered out of the ceiling for the other. I was almost certain that Kaden would be on the bunk and Logan on the couch but nope, Logan wanted the bunk bed and Kaden was good on the couch. We were off to a good start, no drama, just happy boys. Happy boys, happy mom and dad. 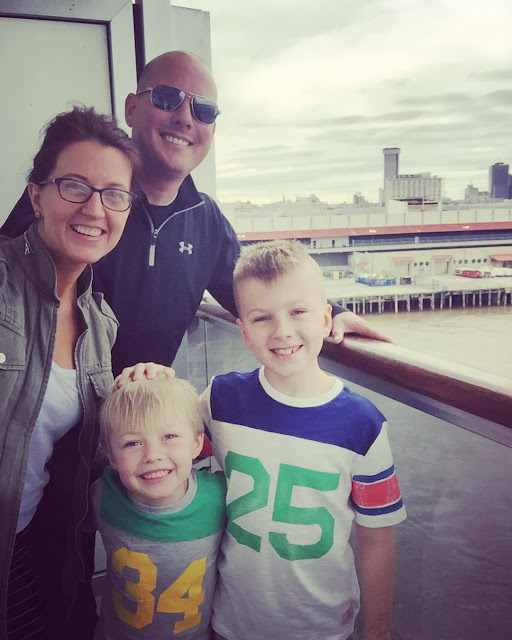 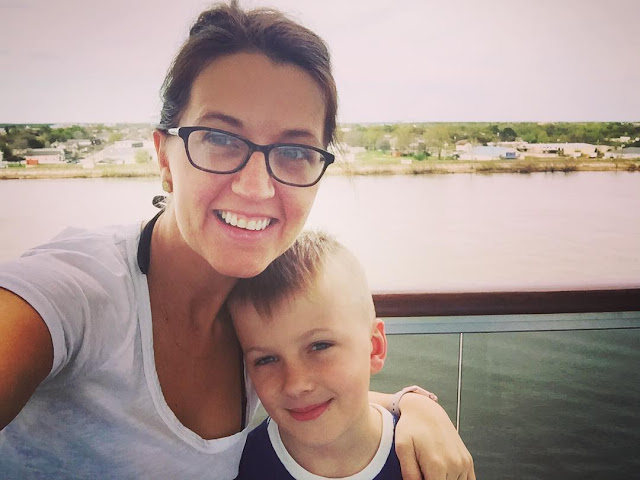 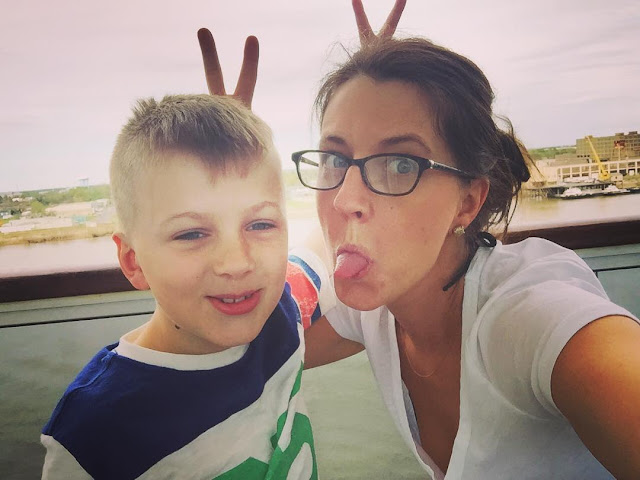 We decided we would sign up for the early dinner, 6 pm. We felt this was best for the boys since it's typically when we eat at home. We were sat next to the sweetest, southern, older couple that I have ever met. They just chatted away with the boys and made sure to ask them each night what they had done that very day. 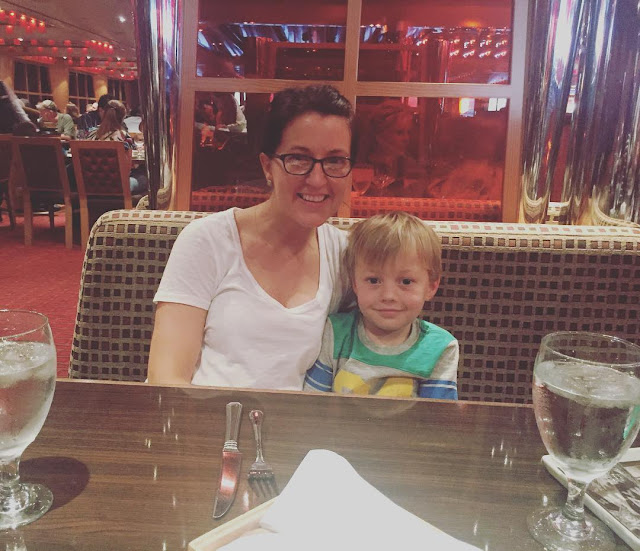 And can I just say, that I'm glad we never shied away from taking the boys to restaurants and teaching them their manners. They were so polite, so well behaved & loved being able to order off the adult menu. They used big fancy water glasses & cloth napkins. Even the little things were bringing smiles to these two kiddos. And again, happy boys, happy mom and dad.

Our waiter was Luis for the trip and when it came to spoiling the boys, he is up there with the best of them. More on how wonderful Luis is later. 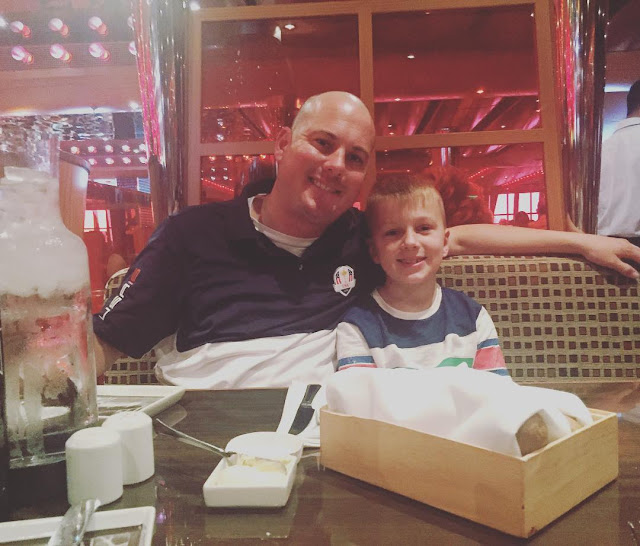