It's another celebration at the South house, this time, it's for Kaden. Seeing how Kaden's birthday is on the 31st of August we never really know if we should celebrate on February 28th, February 29th--when it's a Leap year, or March 1st. We typically just go with whatever day we don't have anything going on so it can be a little more special for him. We typically don't do cakes or cupcakes either, it's always something a little different. One time it was pancakes, once it was brownies, Logan had a pizza, and more recently donuts at Donutology. For Kaden, he got a cinnamon roll with 7 full size candles and an eighth candle cut in half.

& he had one request, that someone say "Cha, Cha, Cha, Chinese Chicken" after we were done singing "Happy Half Birthday" to him. Logan obliged. 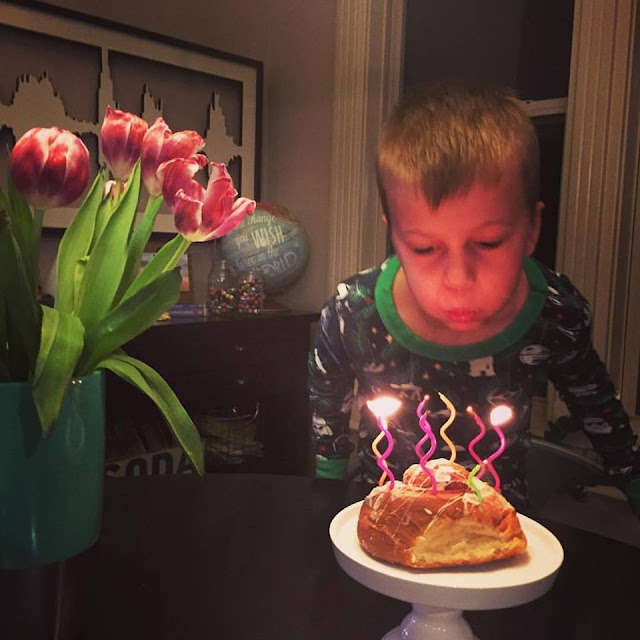