Another birthday celebrated and another Valentine's Day in the books.

This Valentine's Day was a little more exciting than most because not only was I able to attend both boys' school parties but it marked my LAST time organizing a school party as room mom, well, co-room mom. I was Kaden's room mom last year so I figured when Logan got the same teacher this year as Kaden had last year, I might as well do it again. You know, recycle all my old emails and such & let me tell you, so much easier the 2nd time around. Although, I get more nervous talking in a room full of kindergartners and their parents than I do on stage in front of 100 people.

More often than not when I am home I head downstairs to get the kids their breakfast but I had to be a little sneaky this particular morning because I wanted Justin to be the first to walk in the bathroom downstairs. I had this grand way of showing him how much I loved him, 30+ sticky notes grand that I had put up after everyone had went to bed the night before. So I asked him to get the kids breakfast going, ensuring he'd be the first downstairs and he was. He saw my little surprise but he wasn't all that impressed which is completely par for the course. I show/feel love by words of affirmation, he shows/feels love by taking care of things around the house. We just have different love languages and you think 9 years into marriage we would have this all figured out but we don't...we still have time. 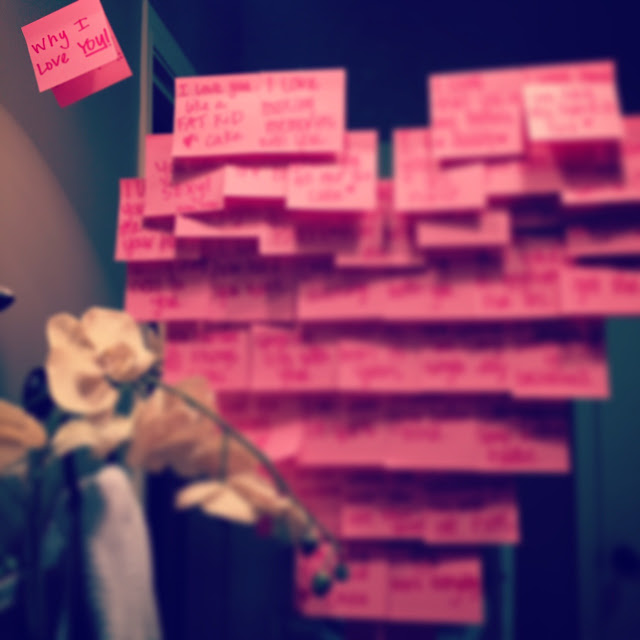 After getting the little boys on the bus to school and the big boy off to work it was my turn to head in. The morning went by quickly and before you knew it I was headed to school for the class parties. & trust me, I totally remembered not to park where I did last time in fear that I would get a ticket, but this time, I had to walk a little bit further. In heels. Carry 40 pounds. #workingmom

The parties kicked off & the kids were having fun. I'll be honest, I was handed a GREAT group of parents to work with. The healthy and sweet treats were always top notch, the crafts were very well thought out and the games always had the kids wanting more...until I planned them. This time around I didn't have a parent volunteer for games so I stepped in. I planned a cute little game called Cupid's Arrow where the kids would take straws and load q-tips into them and then try to blow the q-tip into a bowl. The q-tips were pink and purple so we divided the class into two teams---utter failure.

The second game was a Heart Race. I had two buckets for each of the teams, one filled with candy hearts, the second with no hearts. They had to use their straw to transfer one heart from one bucket to the next. Not a total failure but certainly not their cup of tea.

The third game we just handed out prizes and skipped altogether. I totally envisioned those games going differently and some might say, well they are just five---I tried them out with Logan and Kaden first and they both had zero issue with them so I thought we were good.

Some room moms like to go out with a bang, I went out with a flop---but I'm okay with that.

& this kid, was just glad I was there with him. 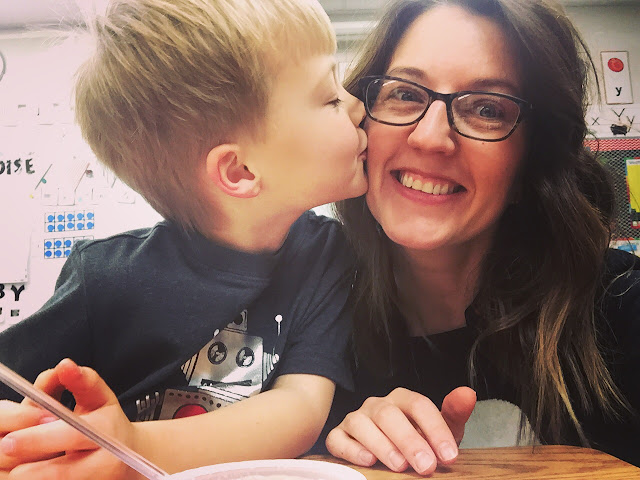 For anyone who may be hesitant to be a room mom--do it. At least once. For our school it was more about dictating what needs done and communicating to the parents. I can dictate. It also allowed me to be at pretty much every school party for the past two years, I missed one Valentine's party last year with Kaden. It's easy to plan on going to all parties, it's also easy to get caught up in something and say next time---being involved held me accountable to my kids. I get that not everyone can attend class parties and believe me I get that. I am beyond blessed to work where I do, to use my time off as I see fit--I choose school parties. & helping out in the classroom from time to time. It brings me joy, the kids joy & helps keep my priorities straight in life.

& this year, was even better because I got to walk right down the hall and see this big guy. Having both boys in the same place AH-MAZING! And as we were leaving for the day, a student yelled, "by South boys!" Music to this momma's ears. 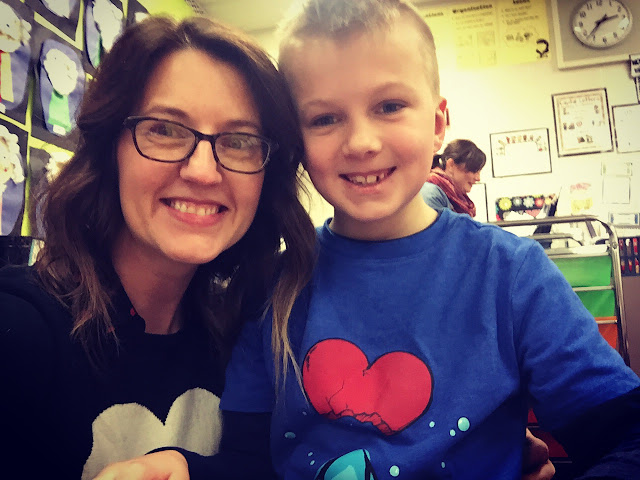 Just cause school was over didn't mean our day was over--we headed home, ate a quick snack and we headed back up to the school for Kaden's basketball practice. I was hesitant to hold practice so instead, just told the parents that we would be there and if the boys wanted to come then that would be great. Most all showed up and we had a great practice.

Finally it was back home for dinner. A special dinner at that too. ASA, which isn't so special, we have it often but earlier that day, we had our fireplace fixed so it was ASA in front of the fireplace. Maybe Justin knows the way to my heart after all.

& we can't forget my annual Valentine's Day shoot of the boys... 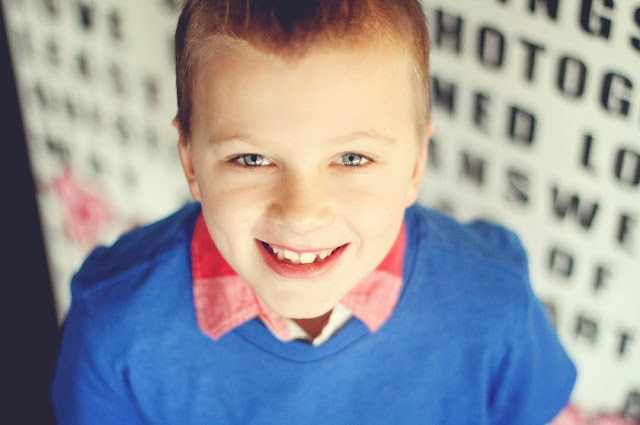 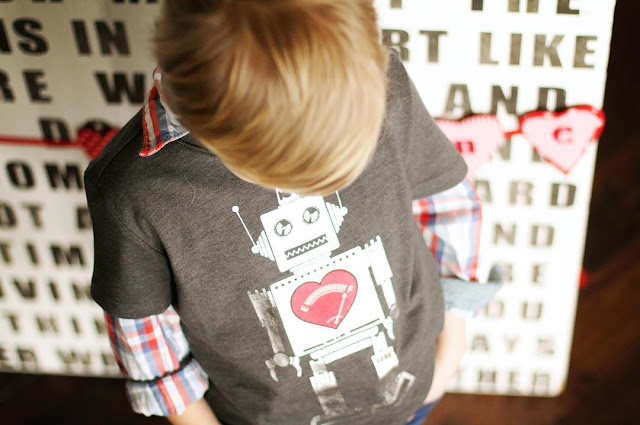 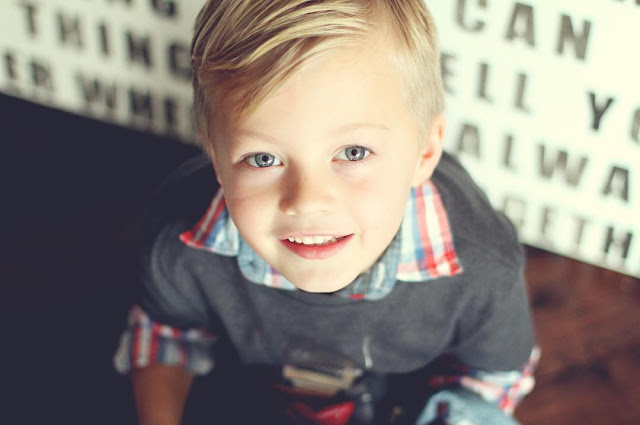 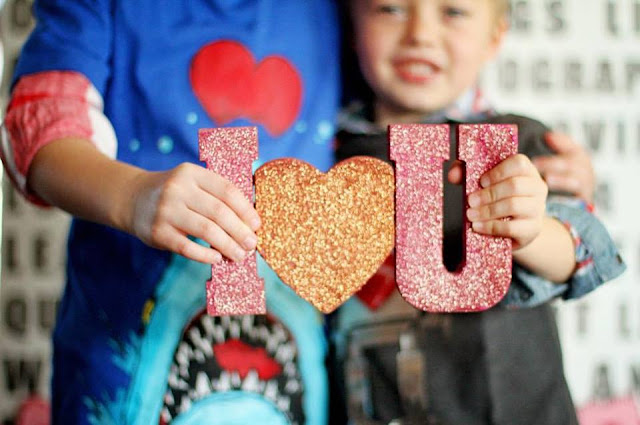 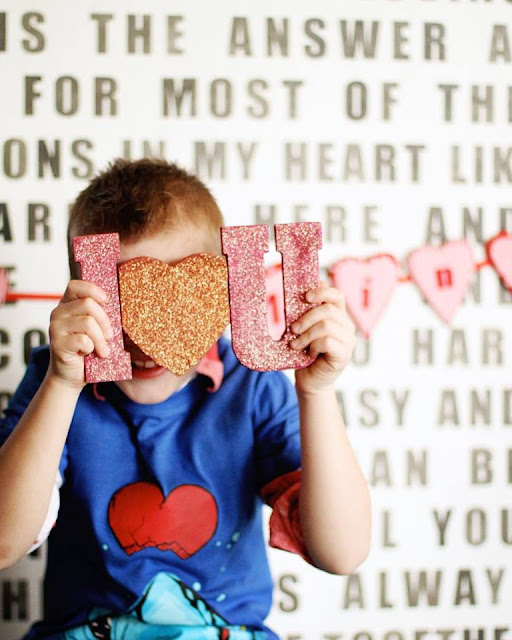 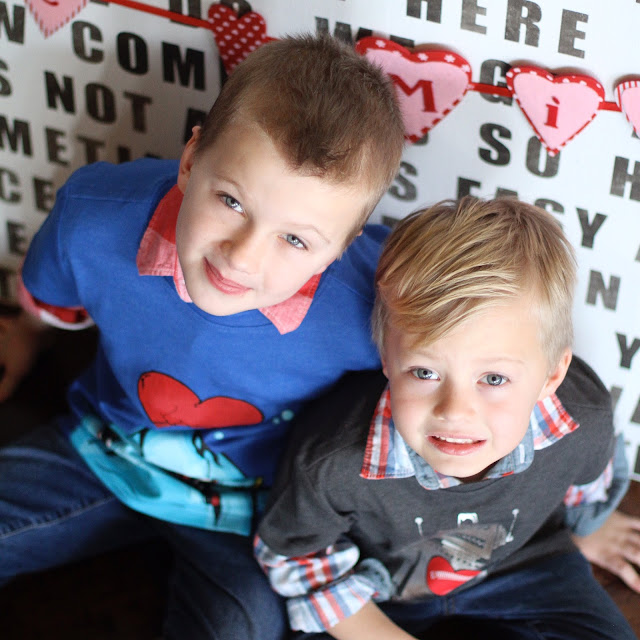