Christmas traditions. This year we kept a few going & even started a new one, although we quickly learned a valuable lesson.

For the past 5 years, since 2012 we have gone to the "North Pole" to have the kids' pictures with Santa done. In previous years the Berberich girls would join us and we would make it a family night out but sadly this year calendars were just not matching up. Babies were being born, practices were being had and parties were be held--we won't let those get in the way next year though.

Both boys were eager to tell Santa what they wanted.

Now Kaden's list stayed consistent and he never wavered but Logan, that Pikachu was a December 17th add, as in I am sitting on Santa's lap add. He wanted a soft Pikachu. Santa had quite the time find this guy... 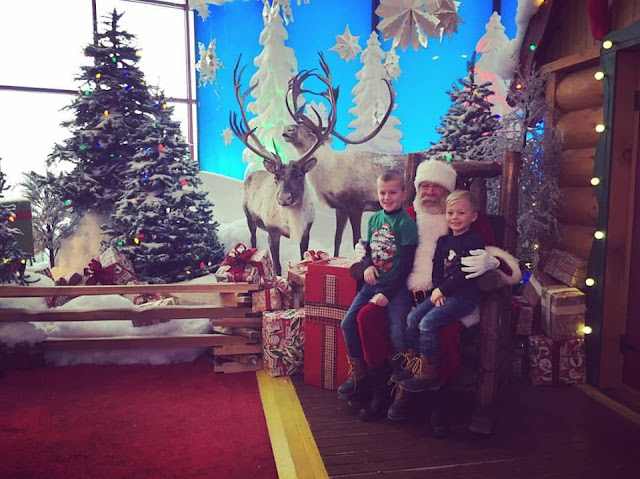 Prior to seeing Santa we rang the bell for the Salvation Army at Bass Pro. This was our first year signing up to ring the bell and I had signed up about 3 weeks prior but little did I know that the day we were scheduled to ring, it would be the 5th coldest day in the history of Kansas City. Brrrr is an understatement. The boys were troopers, for the most part. Thankfully Bass Pro had a double set of doors and they stood in between and opened the second set for customers. Justin got the hero badge, he was out there for all but 20 minutes. 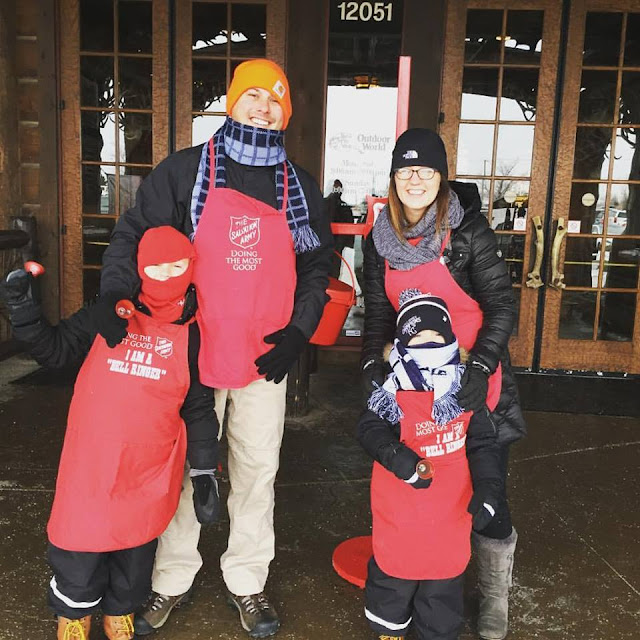 We then celebrated with dinner at Texas Roadhouse. We were thinking Panera but then after standing outside for so long Justin wanted a steak and a warm baked potato. He earned it.

The boys did gingerbread houses with Emily and Nathan. 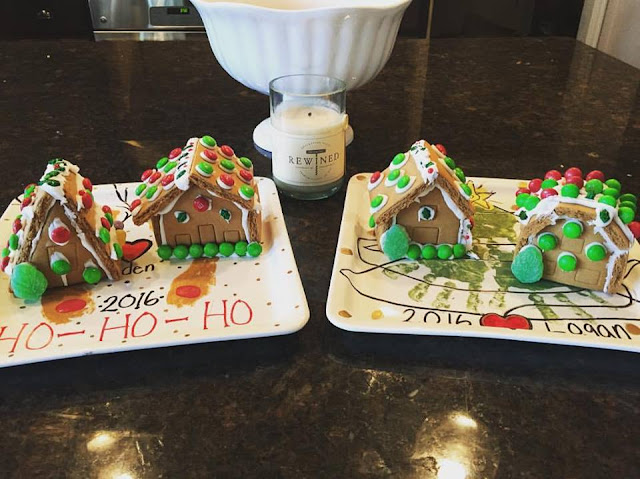 We visited the Magic Tree again. 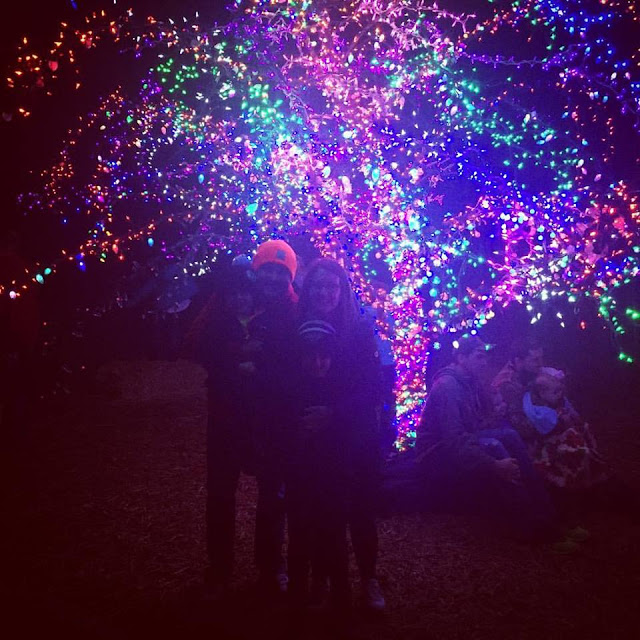 We started our baking extravaganza off with Grandma's mini Smores. They're super easy to make too---broken graham crackers (this year I used the dippers and had Kaden break them in half), mini marshmallows and Hershey bars. I got a bag of individually wrapped bars so that they would melt more consistently and Logan would have a job of his own--unwrapping. 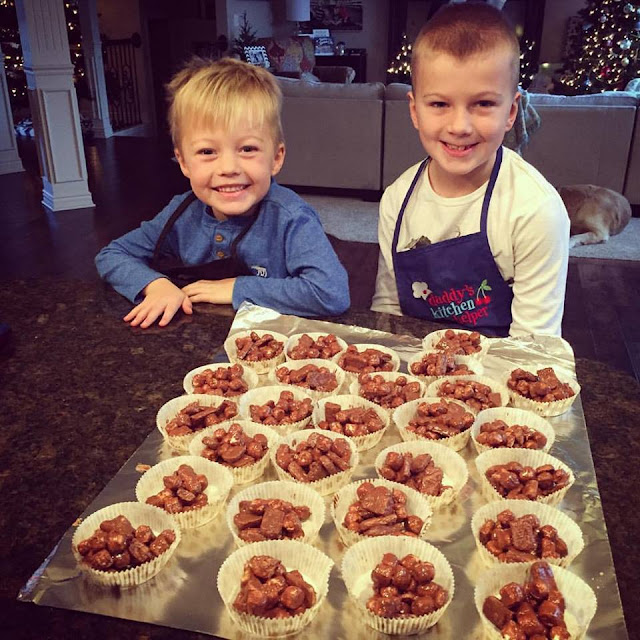 My favorite tradition of the Christmas holiday is by far the pictures of the boys in front of the Christmas tree each year. I love looking back and seeing just how little they were and how much they have grown. In that moment, all is right in the world & it is a great reminder that everything Justin and I need, is right there.