Remember those adorable plates the kids made a few weeks back... 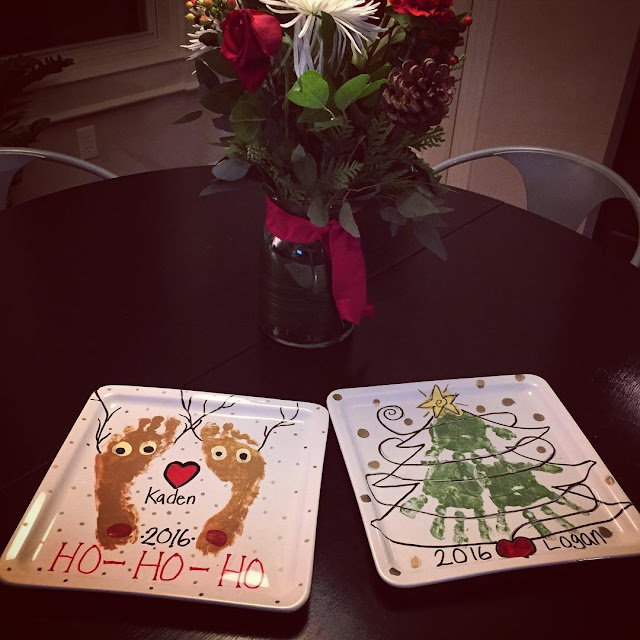 Well, I had an extra plate left over. And, I couldn't necessarily give the two that we made to my mom or my MIL. I mean, who would get which one. One would get Kaden's and then one would get Logan's---how would I decide. Would they think that one of the boys liked them more than the other or that the other preferred the other grandma. Seriously, these thoughts are constantly in my head. So instead of trying to wrestle with this idea, I just picked up another plate to go with the one I already had on hand.

The boys were a little annoyed they had to get their feet all messy again, mainly because they are SOOOO ticklish, but I reminded them that they had a treat waiting for them.

I decided to go with the MistleTOES theme---this way they each would use one of their feet & it didn't matter that they were different sizes. It also ensured that I had plenty of room to add a few decorations. & let me tell you, there is such a thing as OVER crafting...case in point. 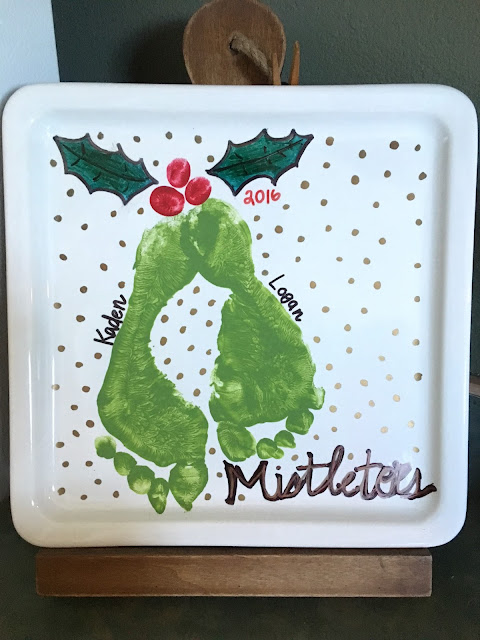 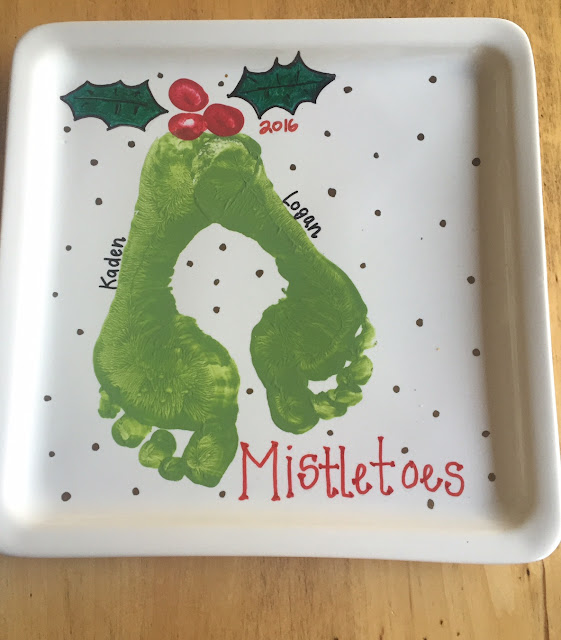 A few tips---make sure to lather on the paint nice and thick. If you can, have someone help you hold the plate a little closer to the floor so that you can also hold their foot and place it where you need it to be. Make sure to push down on each of the toes but if you are having trouble, don't risk moving the foot--come back and add the toes with your fingers. Kaden's pinky didn't come out, I just used my pinky finger.

& for the holly, I had the boys use their thumbs. The design I followed from Pinterest just had them drawn on but I figured it would be cuter if it was as personalized as possible. Kaden did two on one plate and Logan did two on the second plate.

Let dry & then bake at 350 degrees for 30 minutes. Once the 30 minutes is up, just turn off the oven and let it cool down in the oven--this helps prevent the plates from breaking.