We have a few Christmas Eve traditions at the house.

The boys wear their pjs that Fishlegs brings to them and I get to snap a few pictures of them saying goodbye to Fishlegs Hiccup---it's cool, he can catch a ride with Santa vs. having to fly on his own---and in front of the Christmas tree.

They love being able to pick up Fishlegs Hiccup on Christmas Eve to give him a little squeeze. They both tell him how much they have enjoyed having him with us again and give him one last reminder as to what they would like from Santa. 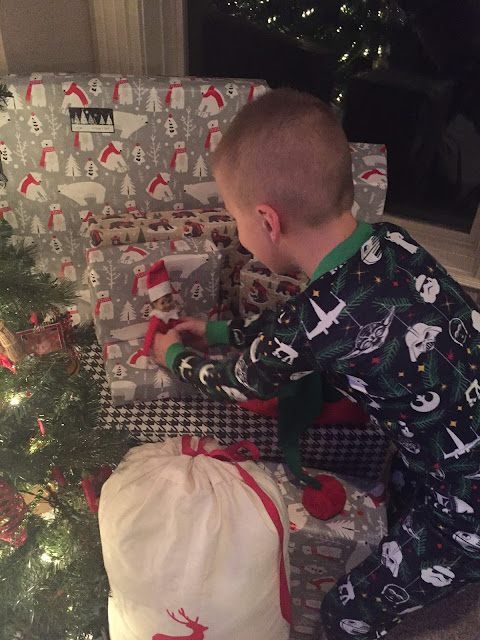 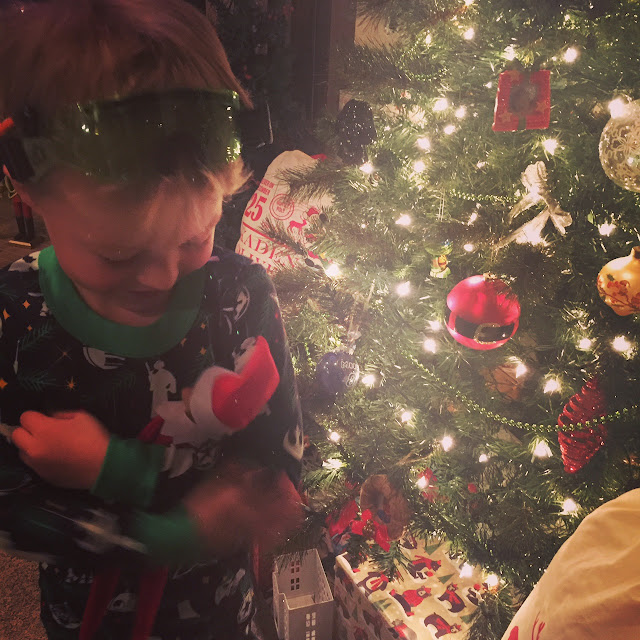 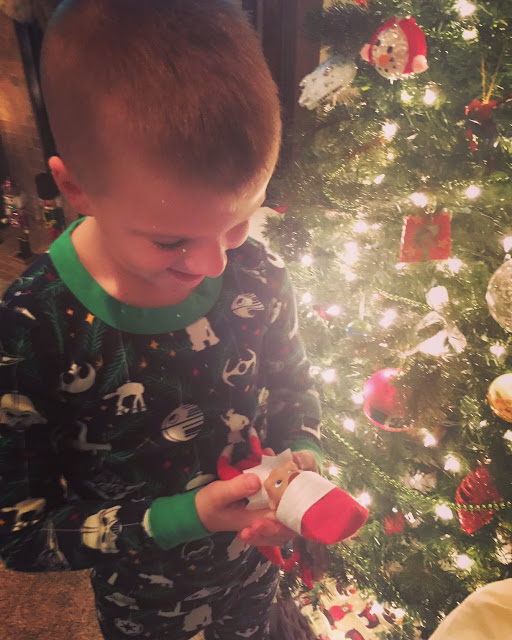 I try to always get a picture of them looking at me in front of the tree and one of them looking up at the star. I may have gotten them this year but they were less than thrilled about pictures---thankfully, Fishlegs was still watching. 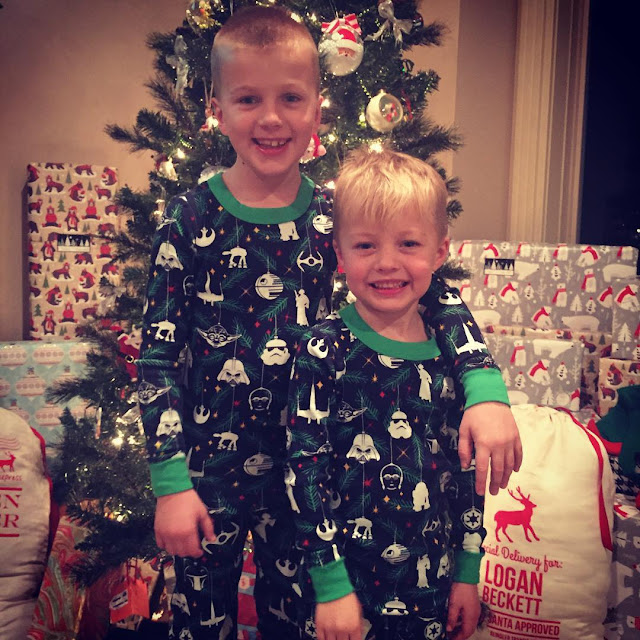 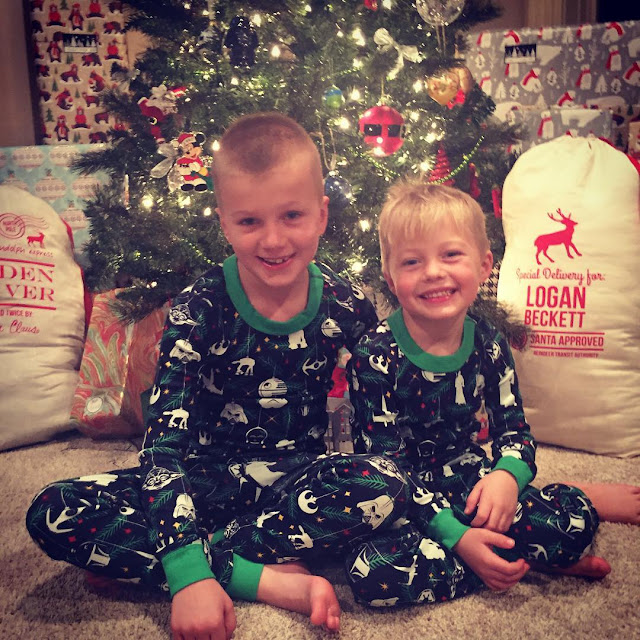 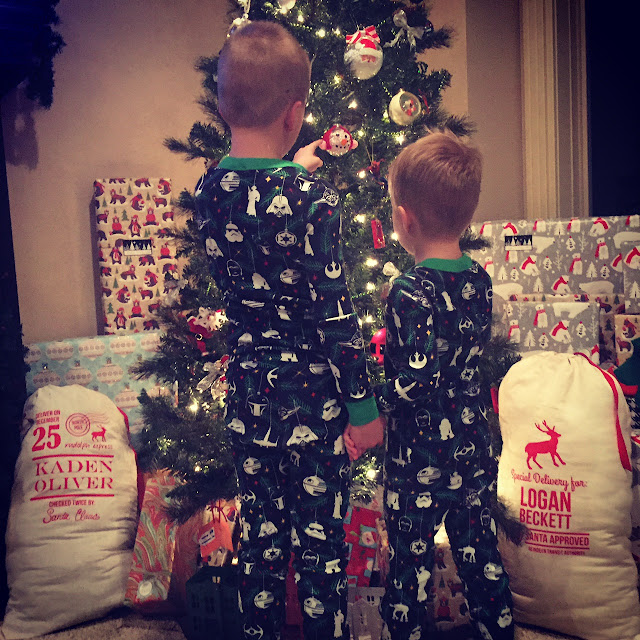 And then we placed out the cookies for Santa and some reindeer food for his 8 tiny reindeer & settled into the couch to read Twas the Nigh Before Christmas. This year, Kaden shared in the reading which made this little family tradition that much better.

As we wrapped up with Happy Christmas to All and to All a Goodnight, the boys took off for their beds. They knew the sooner they were asleep the sooner the big guy could make his appearance. They both mentioned they would try to wake up and catch him in the act but when it came time for Santa to stop by our house, I was the only one awake and I secretly took a quick picture of the big guy. The boys couldn't believe I actually did it, they were amazed and became even bigger believers when I showed them the picture. I love seeing the magic in their eyes and I hope that sparkle never fades. 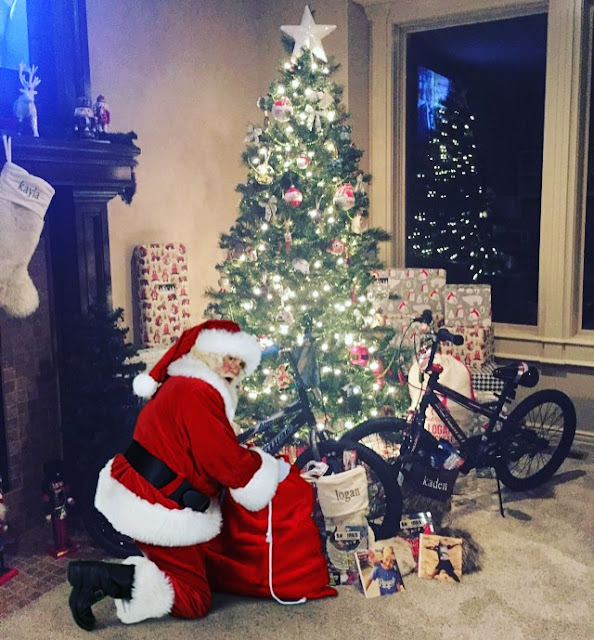