Well it's time to introduce another sport to the boys---basketball. My all time favorite.

Both boys were looking forward to playing basketball, Logan was a little more worried. He has a little bit of a hard time getting the ball to the rim but his passing and dribbling is on point so we talked about how not everyone shoots all the time. That some players, like his mom, are more about passing and getting the ball to the right shooters and that he could be like me---that did the trick.

We signed Logan up in the Great American Basketball League which was 3 on 3 and consisted of a 30 minute practice before a 30 minute game. For Kaden we went with Olathe Parks and Recs because we knew some of his classmates were playing and we figured that he would enjoy that the most.

Logan was up first...he nailed it. I mean look at that stance & he's seeing man and ball! Honestly, this was how he was for maybe 25% of the time, the other 75% of the time he was total face guarding. Good news--his opponent never got the ball; bad news--the ball about hit him in the head a handful of times. 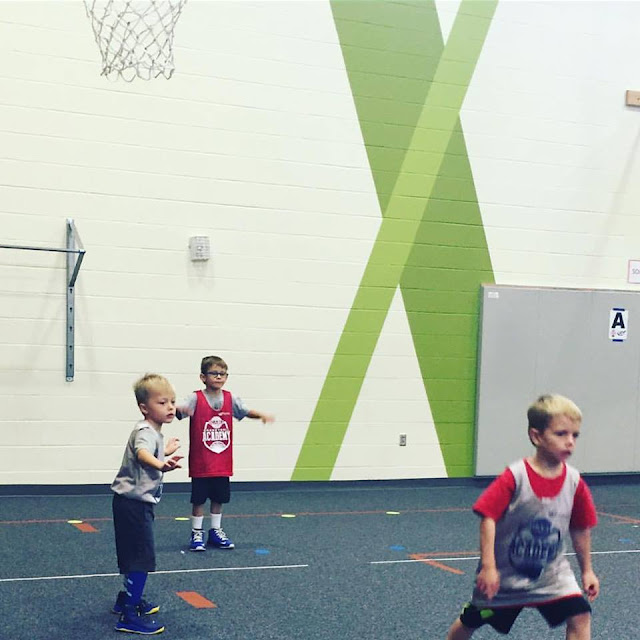 He later came home to work on his dunking skills---I think Jason may have helped. 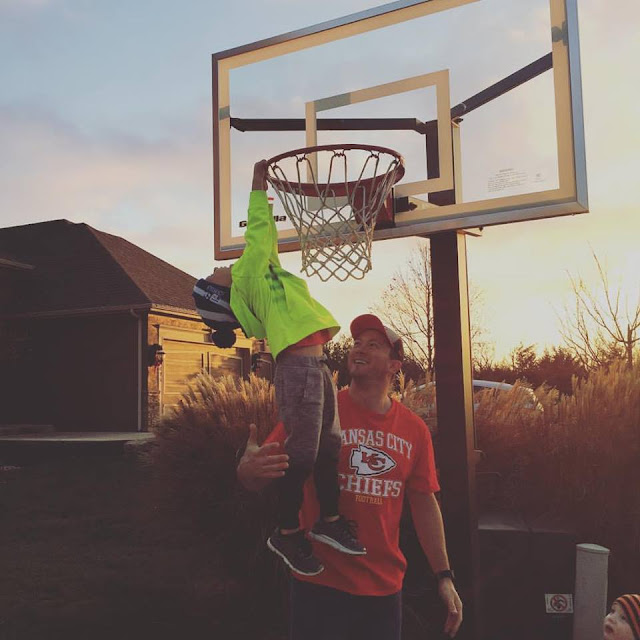 & Kaden, well he has started practice but I have zero pictures to show of it. I know. That isn't like me at all but I'm coaching. Yup, you heard that right. His team didn't have a coach so when they reached back out to ask for volunteers again I stepped up. He has 7 friends on his team and we have officially had one practice---this should be interesting. For more reasons than one too!

What did Logan think about me coaching Kaden--well he wasn't too happy about it. He wanted me to coach him too, I get it. So, I told him we would see how this went with Kaden and if it went well, I would coach his first grade team next year. Cheers to basketball.
Posted by Kayla South at 1:51 PM