With Christmas falling on a Sunday this year, the Hartleys' went back to Christmas Eve's Eve to host our family celebration. Once Justin was off work we headed south to my aunt and uncles where we finally got to meet Graham--my cousin's son who would turn one on the 30th & got to love on my newest nephew a little more. Or at least I thought. Once Zack and Lindsey arrived with Trenton, Papa Richard assumed the position and I wasn't about to take Trenton from him. Watching the oldest in our family hold our youngest was something pretty special. I knew as he looked down at our newest little guy in the family that his mind was with Grandma Hartley and how much she would have loved to be there rocking her great-grandson. He sat there quietly, rubbing Trenton's feet as only Grandpa Hartley knows how to do and looked on as the rest of his family exchanged gifts and celebrated the birth of our savior Jesus Christ. 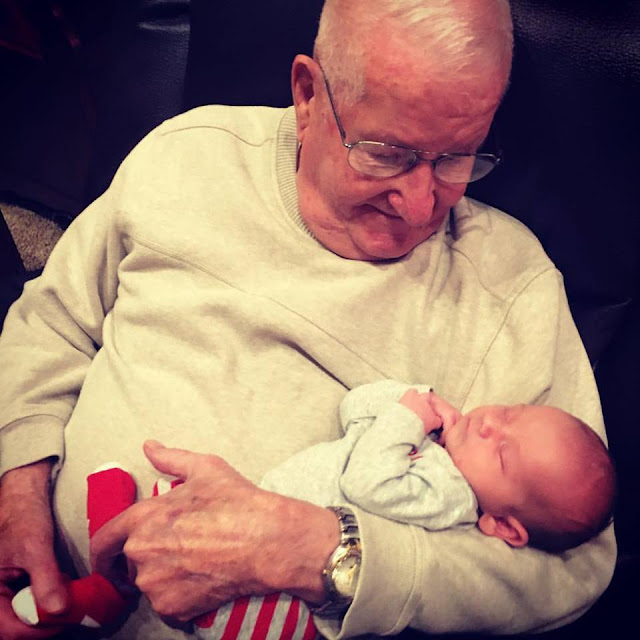 After the Hartley Christmas ended the Tom Hartley family loaded up and headed home to Papa Tom and Grandma Sara's house---they had a full house that evening. Kids were sleeping on couches, blow up mattresses and on the hallway banister, but we wouldn't have it any other way. We all stayed up way too late, boys included & morning came rolling around all too quickly.

Papa Tom and Grandma were up and fixing breakfast---it was like a restaurant as everyone received their favorite breakfast food. Donuts, dried beef gravy, bacon and eggs, muffins, you name it, they were fixing it. I know, they spoil us.

After breakfast was finished and the kitchen was clean, we all assumed our positions and the gifts were handed out--by the cutest elves there ever was. 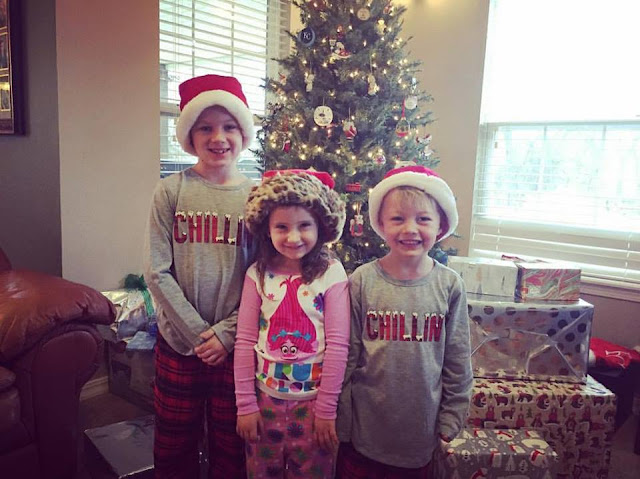 & this just happens to be one of the only pictures I took. I managed to get one of Logan and his new night vision spy glasses & Madison with her lip gloss rings & kitty kat headbands we got for her. Kaden and Logan both got new KC Chiefs tailgate chairs, Bluetooth CD players for their own rooms, binoculars, magformers and a k'nex. They were pretty happy campers and had lots to play with over the next few hours as I took Trenton's newborn pictures. He was an absolute angel. 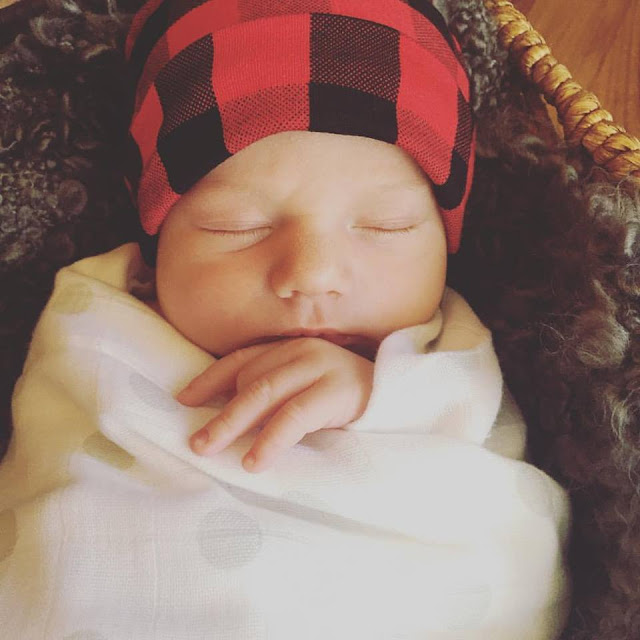 Soon after wrapping up his photoshoot we all had to get dressed and we headed to Christmas Eve service at my mom and dad's church. They held a live nativity scene in between services and the boys thought that was pretty special. 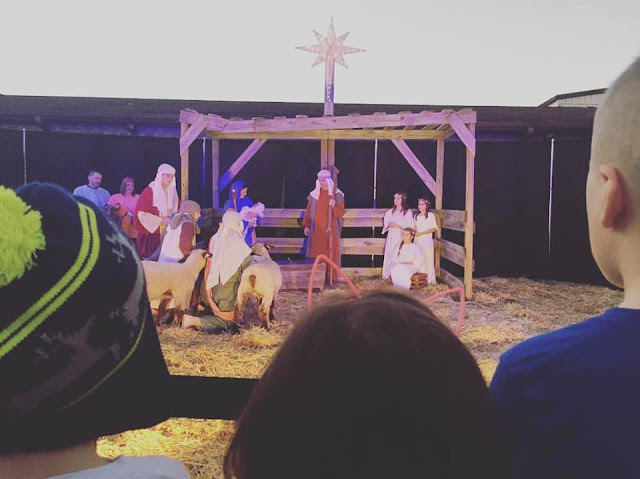 They even got to pet the donkey afterwards, and of course Logan manage to step in the ONLY donkey poop on the ground. Thankfully, those shoes were on their last leg so we just tossed it--no need for that to stink up the whole car on our way home.

It was a sad goodbye, it always is when leaving family. It isn't often that we are ALL together and with the addition of Trenton this year, it made it all that much more special. Family is everything, they'll always be there for you.
Posted by Kayla South at 8:30 PM