This year, we decided to pack up and head north to see some of our favorite people, the Garretts! The last few Thanksgivings they have come to KC to see us (and their family here) and Thanksgiving just wouldn't be the same without them so we decided to take a little road trip.

Thankfully, we have some pretty awesome family that understands how near and dear these four people are to us & are pretty understanding when we say we are going to miss our on their Thanksgiving. Except my dad---well, he gets it, he just likes to give me a hard time.

So we pulled the kids out of school a few hours early and we hit the road. 8 hours, 59 minutes. We got this.

For most of our drive it was dark but the boys hung in, they did great actually. Each hour, on the hour---if they were good---they got to reach into a grab bag I made of small toys and pull one out. Some of the items were Pokemon cards or small Legos. This did two things, kept them from getting bored & more importantly, kept them from asking me how much longer till we get there. Kaden is a pro at reading a clock and calculating how much time left.

We pulled into their driveway about 11:00, just after GG gave up and went to bed. We tried to quickly put the kiddos to bed but everyone was pretty excited to see one another so it took a little time to wind down.

The kiddos were up by 6 playing and laughing, and bickering was done between the two oldest---seriously they acted liked an old married couple! We started our Wednesday off with a trip to AJ Bombers, which is known for their burgers. And all of Milwaukee is known for their Bloody Mary. 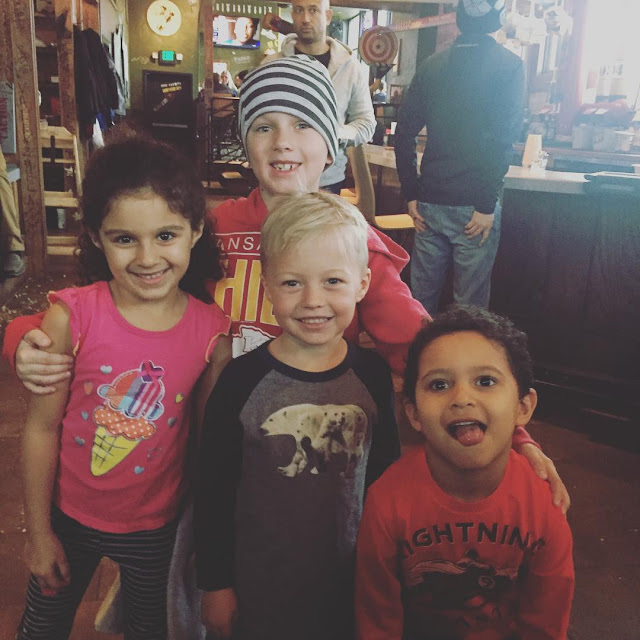 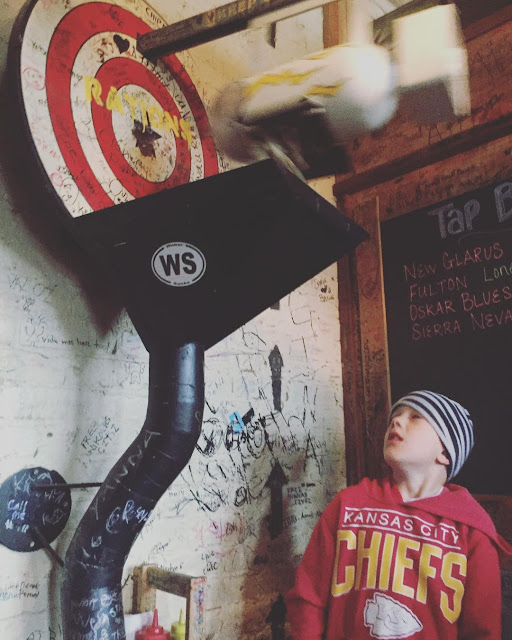 We took the kids rollerskating--Kaden and Logan's first time on skates and let me tell you, I was worn out! 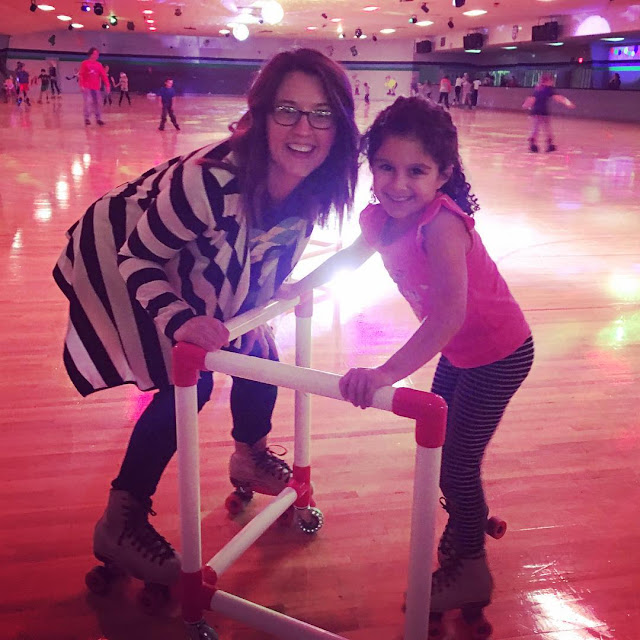 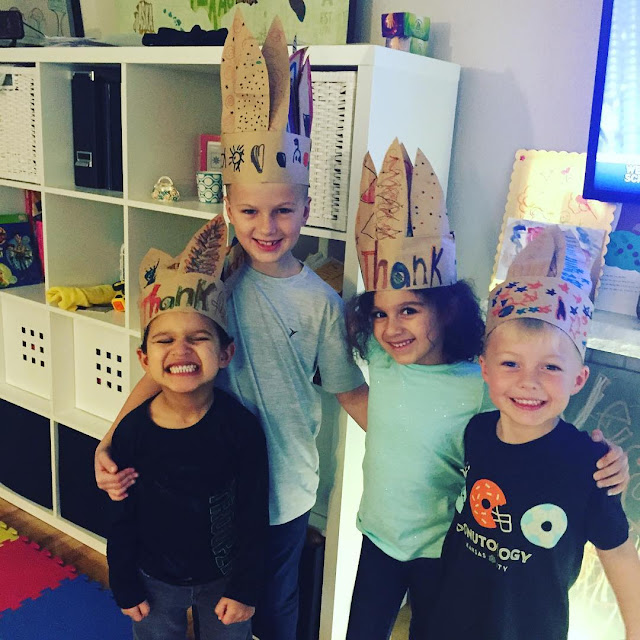 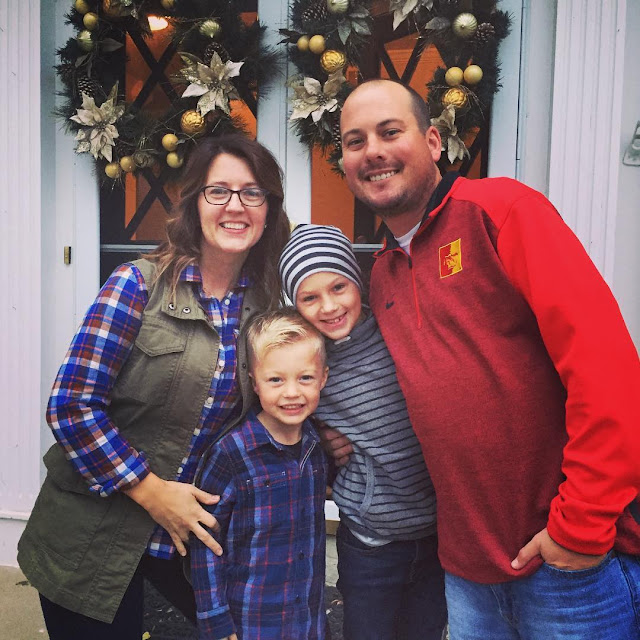 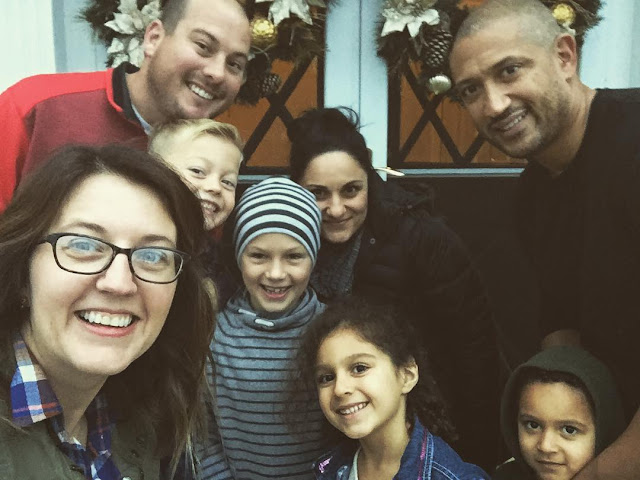 After dinner Tugce and I took the kids to watch Moana, cute movie but the music could have been better. & then we got to see the Whitefish Bay Christmas tree in all it's "early" glory---it wasn't put all the way together just yet. 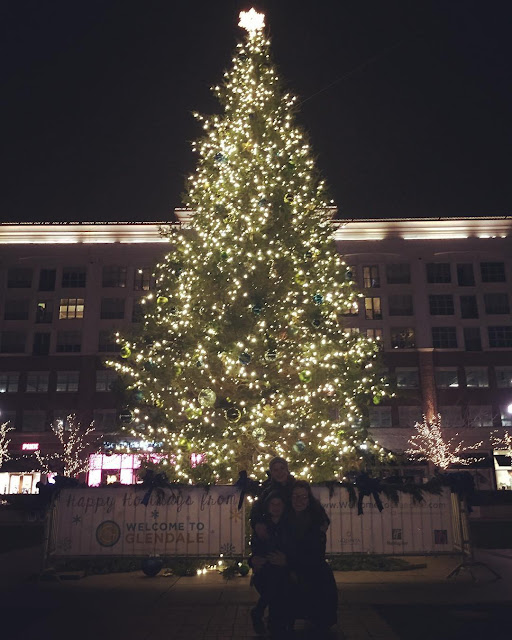 We took in the Bucks game and played on the beach front at Lake Michigan. Our trip to see our dear friends was one for the books but our favorite part of the trip, was just lounging around and catching up with them. Watching the kids bicker back and forth during the day like an old married couple and the insisting they sleep next to each other at night. Our time is never long enough with the Garretts and sadly, Sunday morning came WAY too quickly.

7:15 am and we were back on the road. 8 hours later we were hitting the outskirts of Kansas City. Now, let me just say, my husband is a bad ass, he drove 15 of the 16 hours of this trip, I could not have done what he did and he made it look so easy. My job was to entertain and take care of the kiddos, who were also rock stars & were such awesome road trippers. I thought the last time we went to Milwaukee the kids were great on the drive, this time they surpassed that! 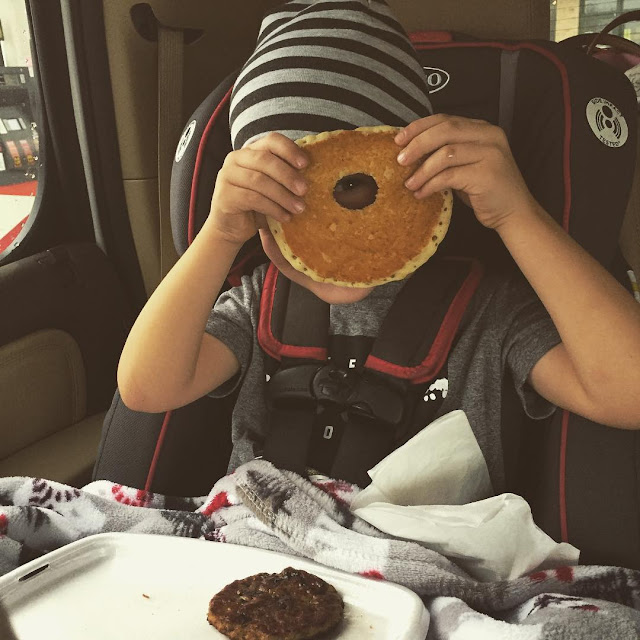 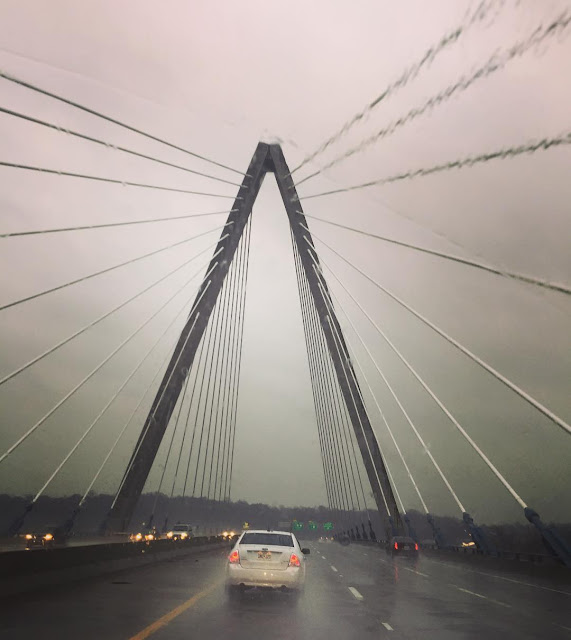