We've been to Milwaukee now 4 or 5 times---I believe it's four, Justin thinks its five. Either way, it doesn't change the fact that we have never actually checked out the "beach"---even having literally been lake front and being able to see it from their first home. We just didn't make time.

The home that they live in now is a measly block from being lake front property but since we you don't really see it, again, we never really thought about it--plus it's usually pretty cold out which means it would be even colder by the water.

So when the sun peaked out on Saturday, we decided to do the same. We bundled the kids up with layers upon layers and turned them loose---after grabbing a few shots of them all together. 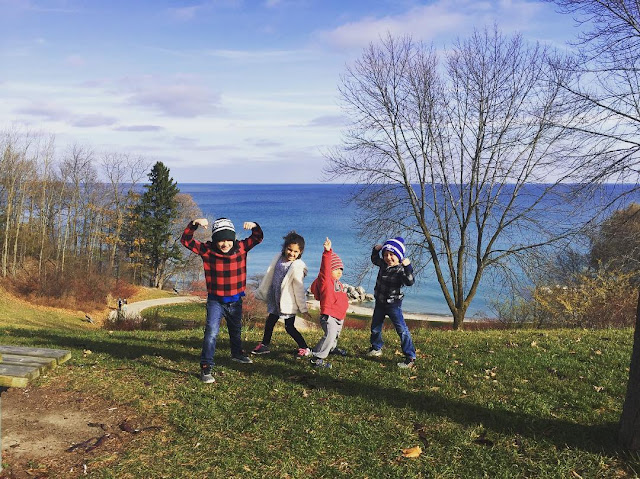 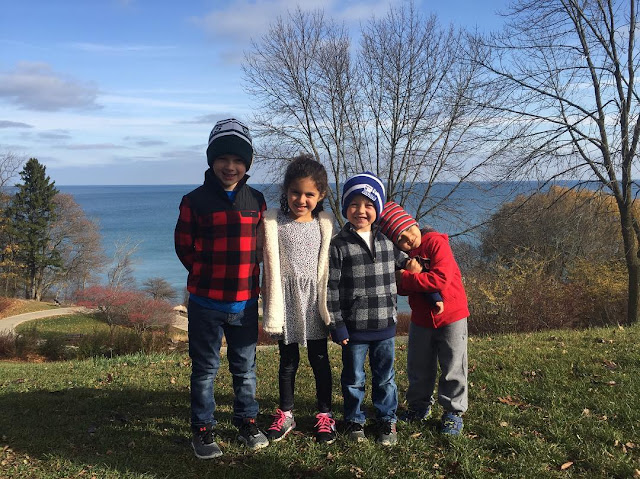 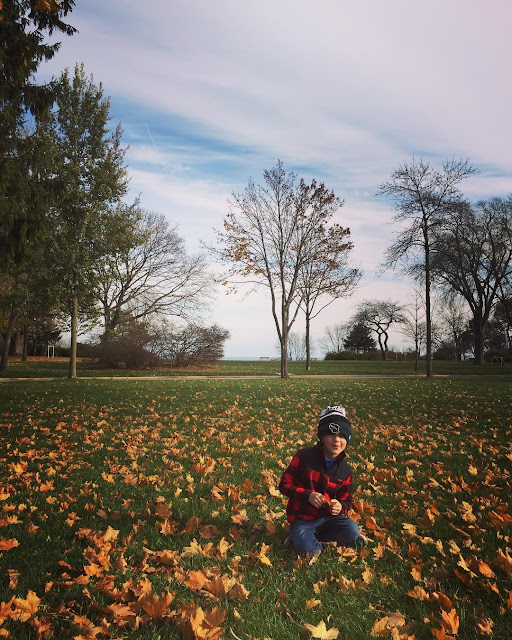 The boys were in heaven. Not only had we been limited to indoor activities that last few days but they love to explore and use their imagination---especially Logan.

We walked alongside the shore and the boys noticed that these rocks were much smoother than shells and we talked about how the water from the lake continues to soften the rough edges making them super smooth and the BEST rocks to skip. So of course we had to have a lesson in skipping rocks... 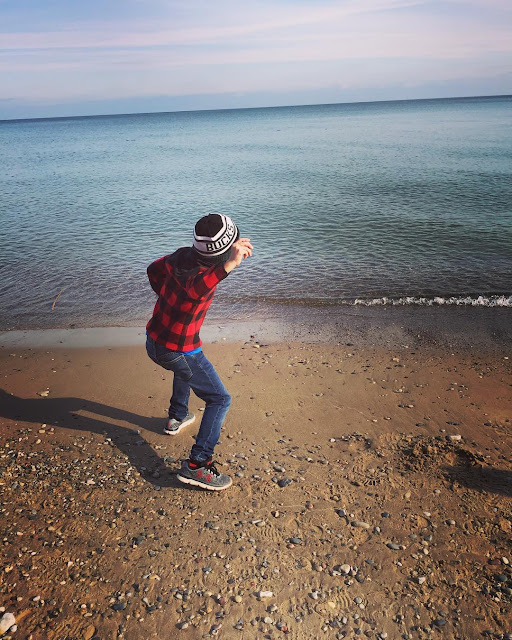 Meanwhile, Logan started collecting driftwood and arranging them in the soft sand. He had a system and when the other kiddos saw what he was doing they wanted to join as well. He's a nice kid so he of course welcomed their help but he became the foreman of the project and explained what he was doing and where everything should go. 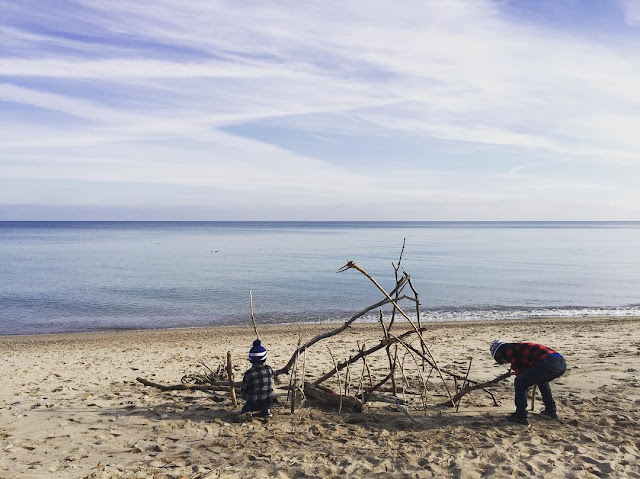 This is a dinosaur and her eggs (lots of lake rocks) are in the middle below "her belly" as she is protecting them. I sat on this larger piece of driftwood for a good while just watching him at work. 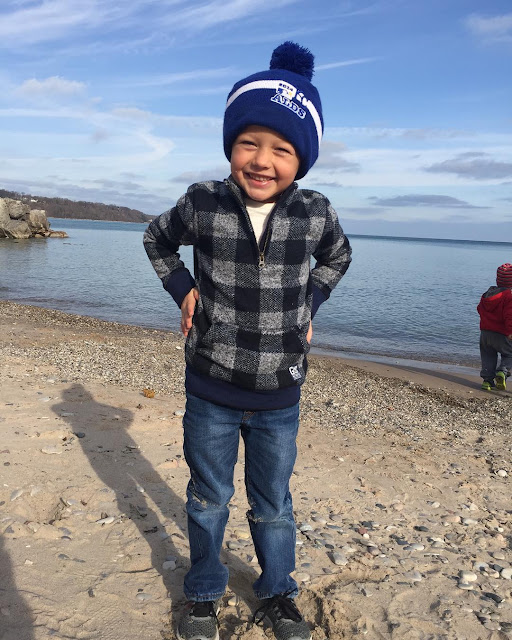 They could have played at Kaledo Beach all day, every day. It was literally the perfect mid-morning activity for us & we got to check off seeing one of the Great Lakes off our bucket list. 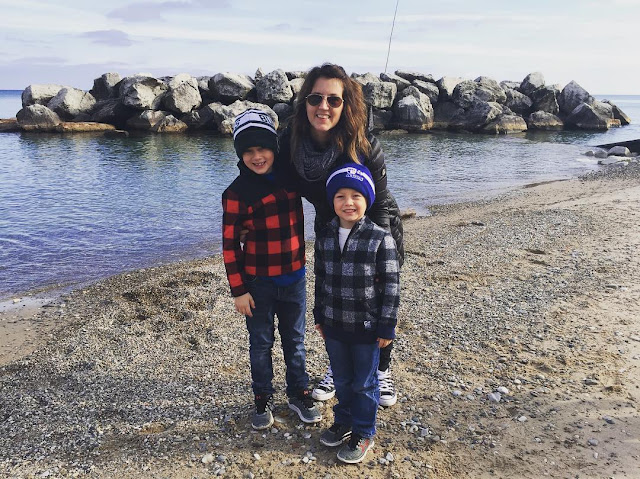 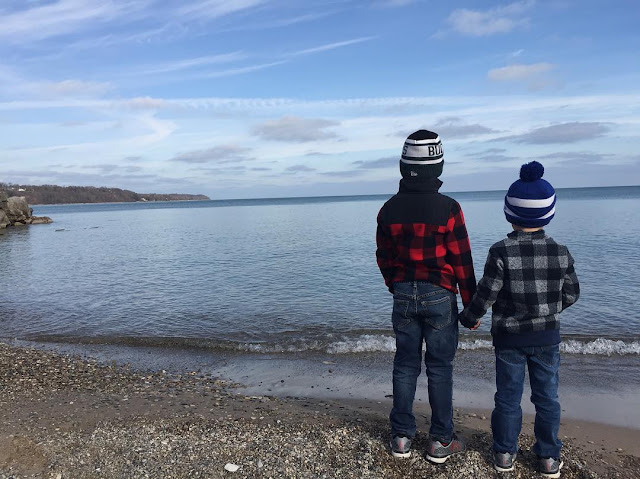 They're our heart and soul.
Posted by Kayla South at 3:38 PM