I have mentioned how great of hosts the Garretts are?! They are the best. Seriously, no kidding. The best. & I tend to ruin everything.

When I learned that we would be spending our Thanksgiving in the north, i.e. Wisconsin, I asked if the Bucks would be playing in town. Mentioned that it might be fun to take the kids to their first NBA game---well, they had already had that idea and were hoping to kind of surprise us, so there's that.

On Friday evening we all loaded up and headed downtown for the game. We made sure to arrive SUPER early so we could find out seats and check things out. Justin (Garrett) suggested leaving around 6 for a 7 o'clock game, Tugce and I were a little worried due to parking and suggested 5:30. We won. We were WAY too early. Like the kids had snacks before the game even started, early!

But before the snacks came we met a few of the Buck dancers. Kaden was a little gun shy & stayed back by his dad. 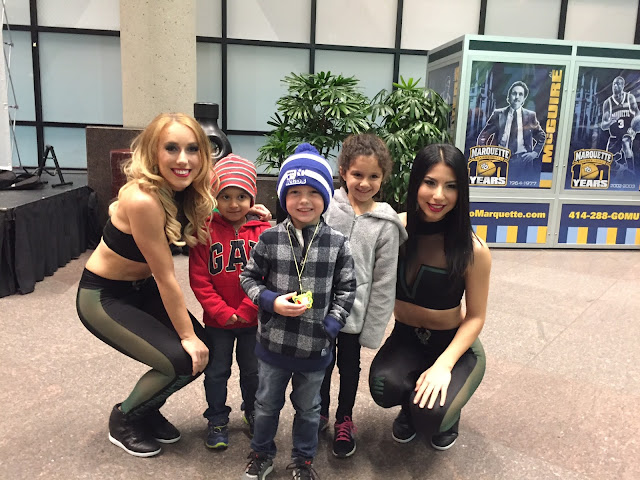 Some members of the prep team gave the kiddos a chance to spin the ball on their finger!


And then another member met up with them to pose for pictures and to let them dribble the ball around a little bit. 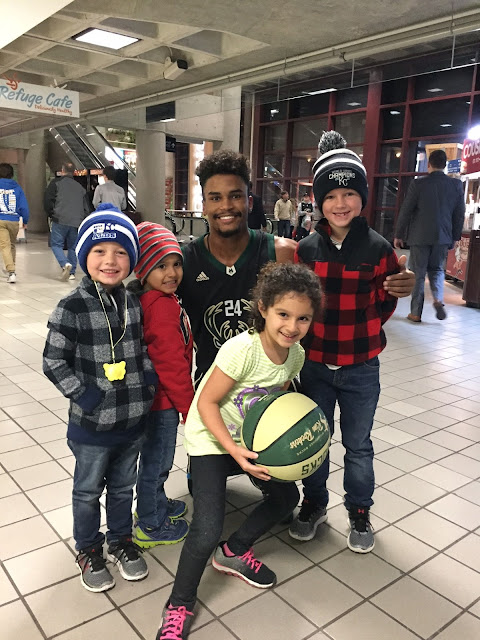 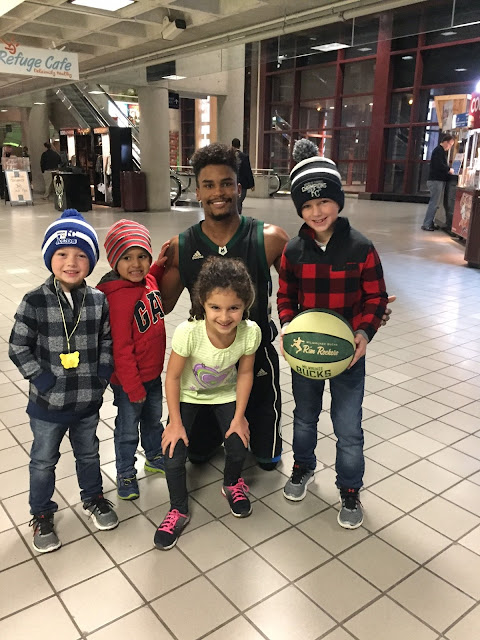 We then made it to our seats & as we sat down the BIG BUCK started making it's way around the room. The boys were so hoping that it would come and give them a fist bump but sadly he couldn't come down that low but did drop a few coupons for the kids. 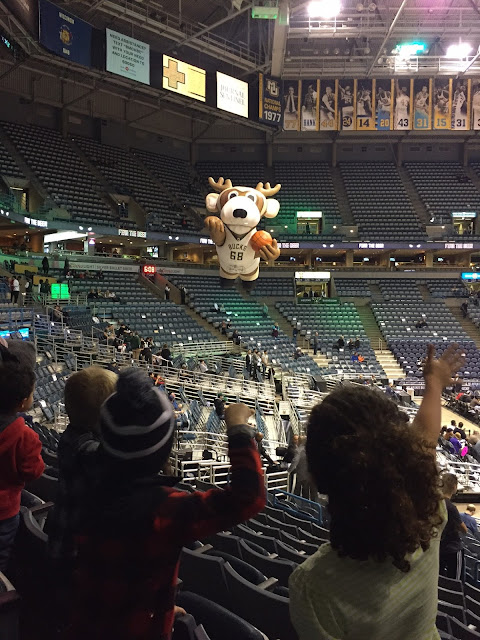 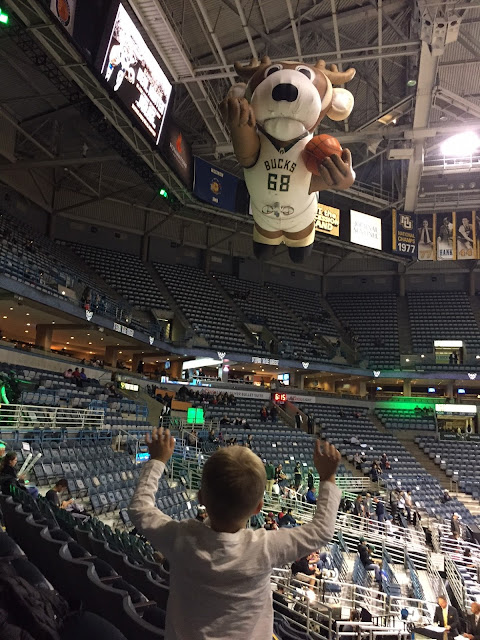 & then it was treat time. Kaden and Tugce came back with ice cream--seriously it was freezing and he was eating ice cream which made Logan want some too. And of course he had to go with BLUE--thankfully he didn't get any on him. 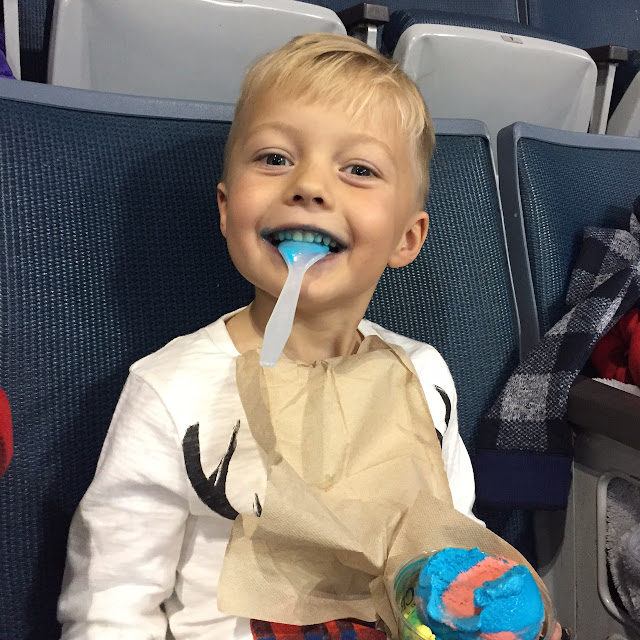 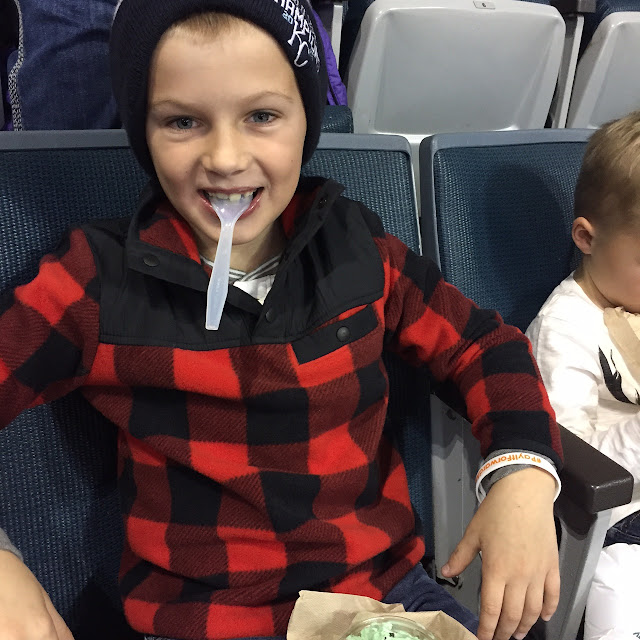 As warm-ups started to wind down we headed down a few rows for a family picture & as we were snapping the National Anthem started to play and Kaden made sure we were paying attention, with our hands over our heart and we all listened as he belted the Star Spangled Banner out. This happens to be my very favorite part of any sporting event!! 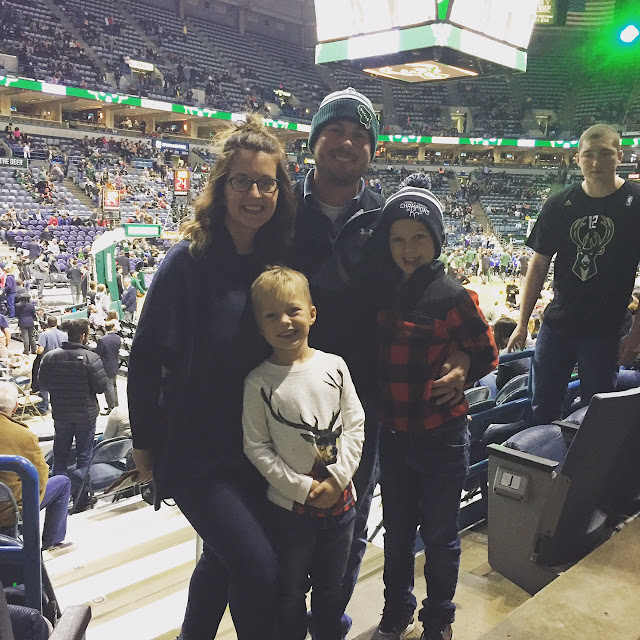 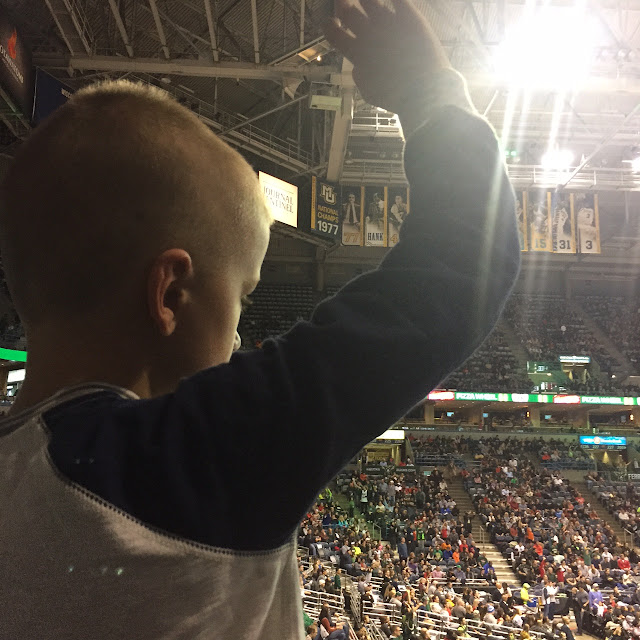 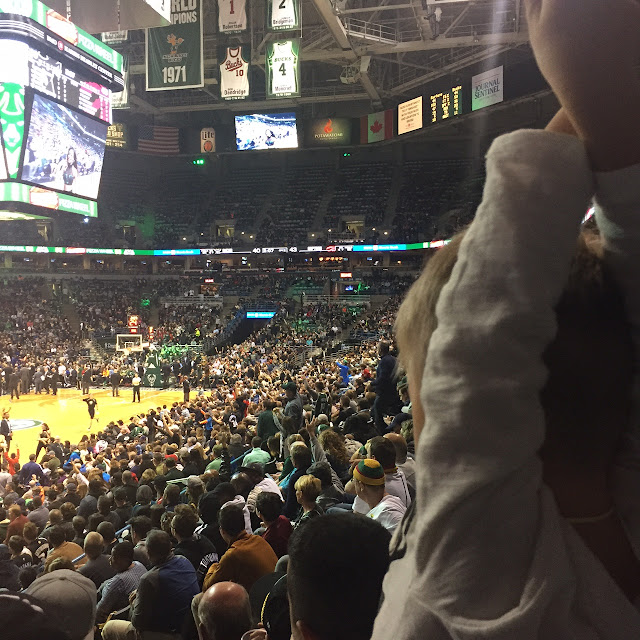 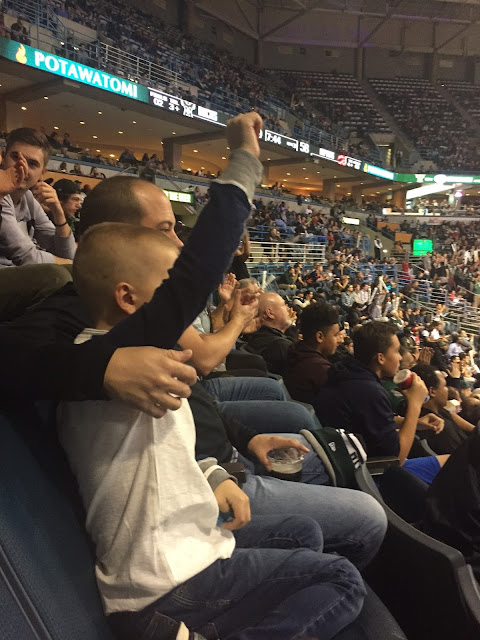 We got to see a great game, the Bucks came up short at the end but the boys were amazed by some of the dunks & shots we got to see. Kaden, well, he had a perma-grin on his face the entire time. Justin and I love that he LOVES sports so much and is at such a fun age to take to games.

Attending an NBA game--check.
Posted by Kayla South at 3:38 PM