By now you know the drill, we celebrate half birthdays at the South house and today was Logan's half birthday---his sixth half birthday which would make him 5 and a half! We don't go crazy on half birthdays but we do like to celebrate with some sort of dessert---rice crispy treat cake, pizza, brownies.

This year, we did donuts but not just our favorite John Space Age Donuts, no, we decided to do something different. I had heard about Donutology which is new to the city and down in West Port so we got in the car and headed down. We had heard that you could create your own donut masterpieces here and the boys were so excited to see pictures of donuts with Fruit Loops on them. 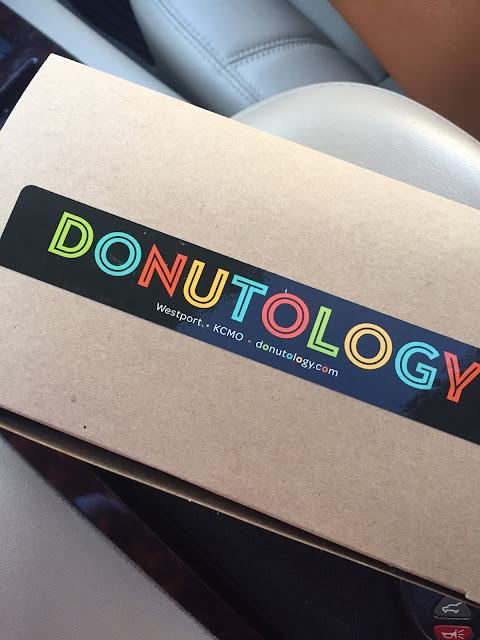 We called a friend who lived nearby and they joined us for a little sugary adventure. The boys immediately grabbed their menu and a pen and they got to work. First up, what type of donut. Followed by icing type, toppings, and dizzle---so many options at each stage. 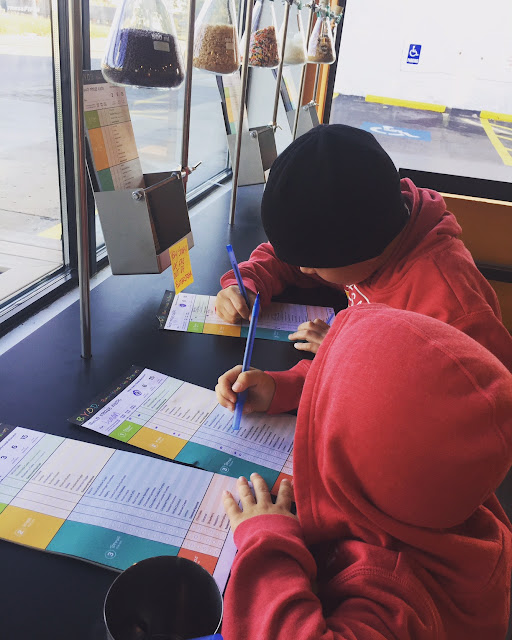 And if you didn't want to create your own concoction they had you covered, there was a huge assortment of regular donuts too. 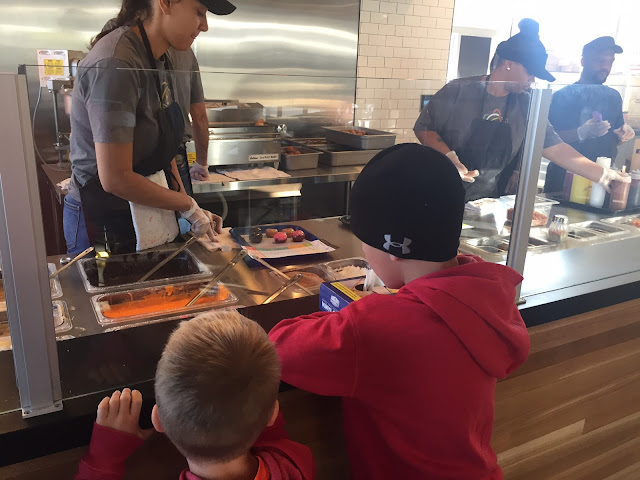 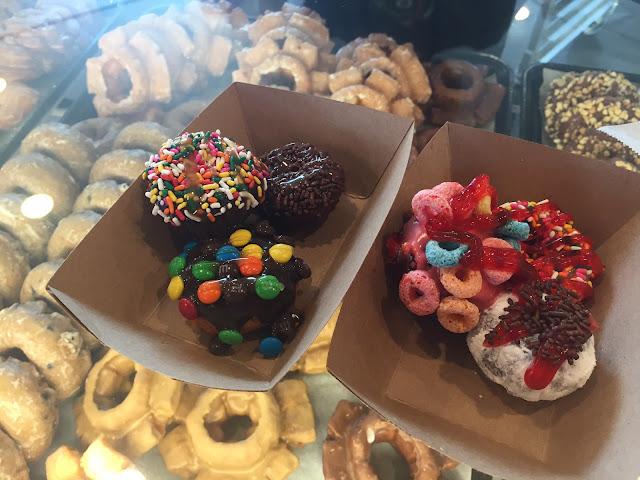 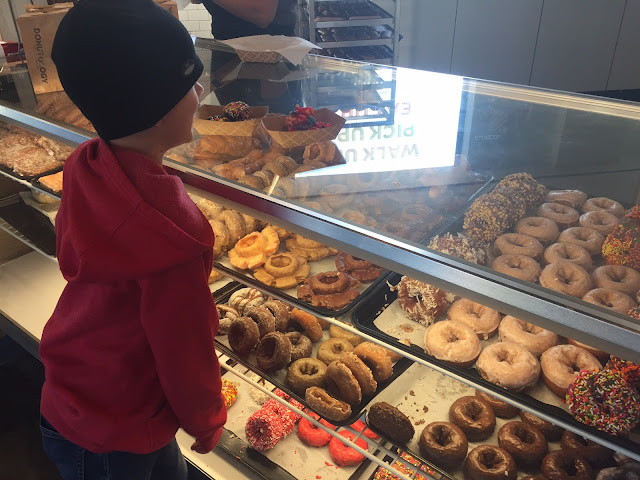 The boys enjoyed their donuts so well that they asked to go back through and make a few donuts for dad too. Each boy got to dream up their best idea for their dad, as did I---I think he'll agree that the donuts I created actually worked well. Then again, they didn't have strawberry icing and Fruit Loops and Coco Puffs on them. 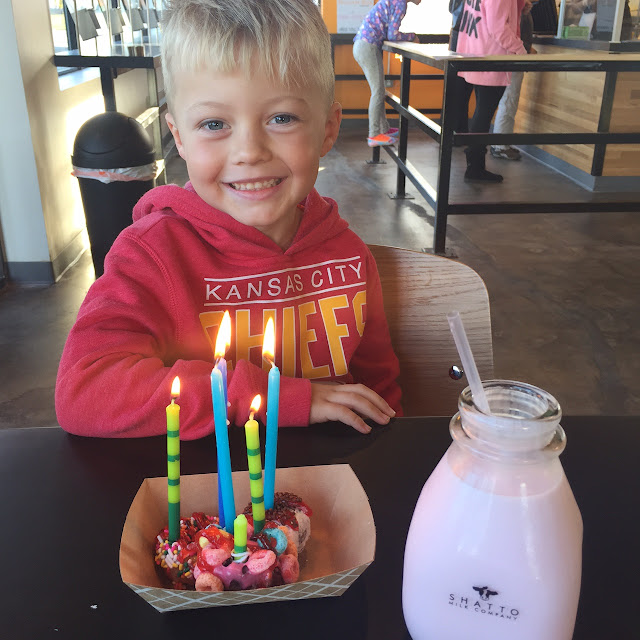 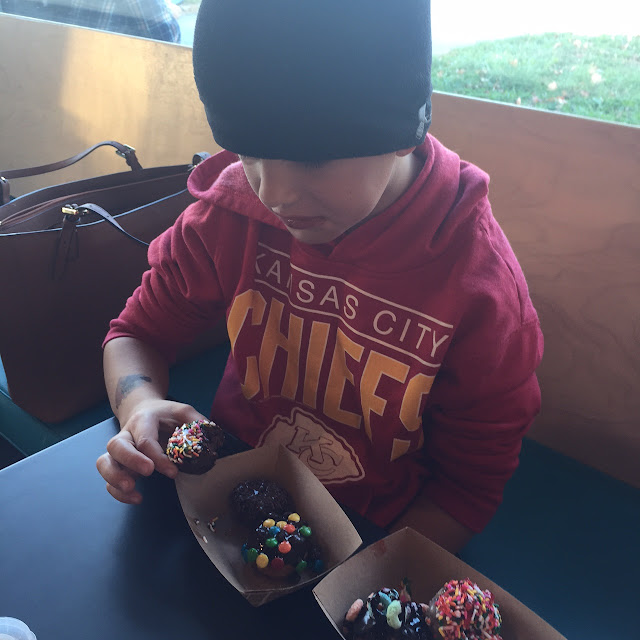 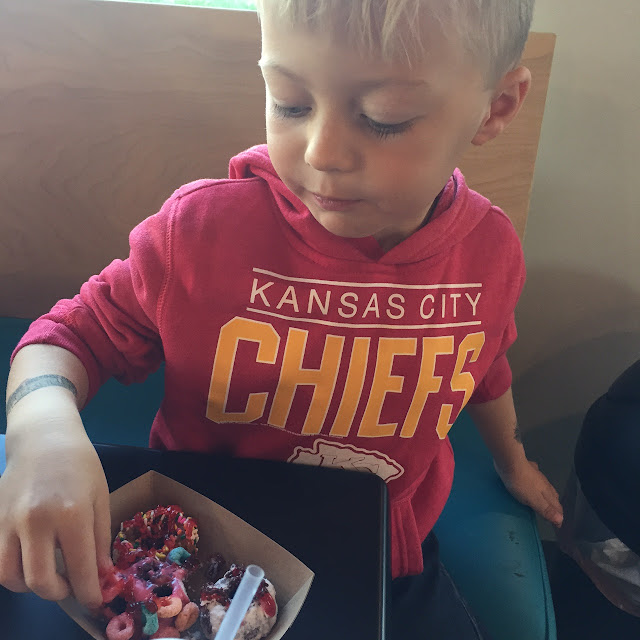 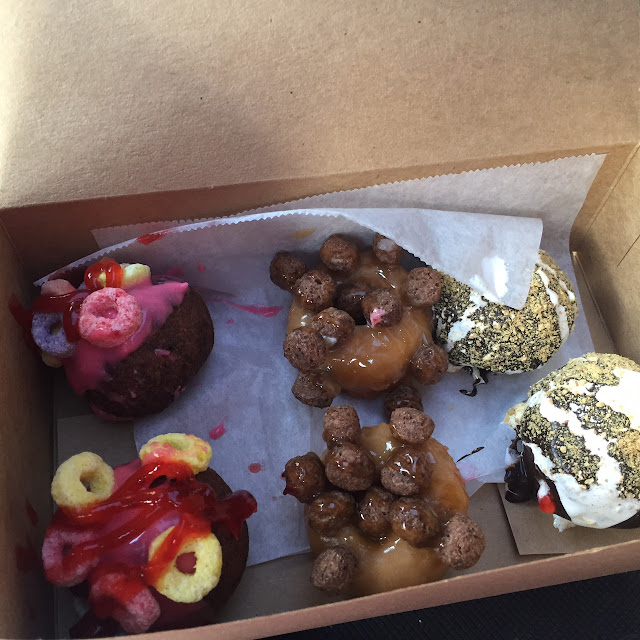 Happy Half Birthday Logie. You are certainly not my sweets man but you gobbled these up--always keeping us on our toes. 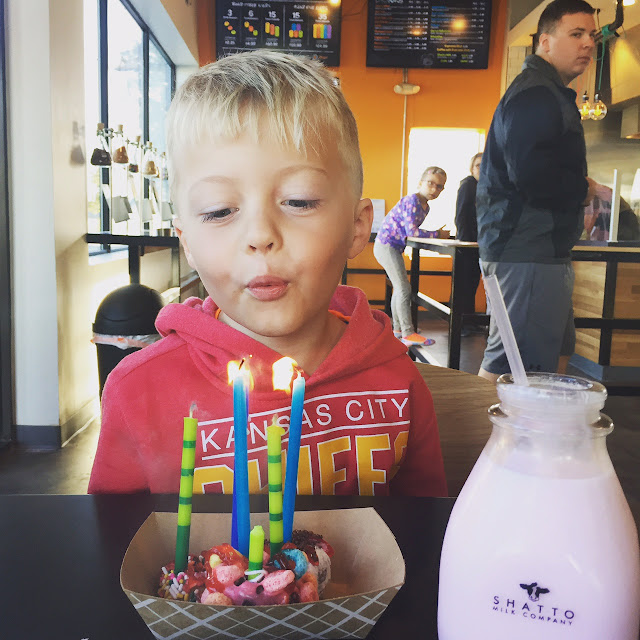