I decided to take a mental health day--you know, a day where I take off from work and I don't do anything for anyone else but myself between the time of 8 am and 4 pm when the bus arrives home. That mental health day that I was so looking forward to, only last until 9 am when I got a call from the boys' school and what I ended up hearing derailed my entire day. Honestly, I needed a mental health day from my mental health day. I decided that since they day was pretty much hijacked, I might as well meet up with Logan & join him on his fire safety field trip.

I'm not sure you could really call this a field trip, it was only about an hour and a half long & we walked from the school but all the kiddos had on their class shirts so we'll go with field trip. Made Logan feel better about Kaden going to the zoo too.

When we arrived at the fire station we were greeted by two fireman who took the kiddos on a tour of the fire house. While the kids were touring they got to ask any questions they had and they got to watch a fire safety video---Fire Safety is as EZ as A, B, C. It was a cute little video but I certainly have questions regarding some of their spelling techniques. E-Z.... 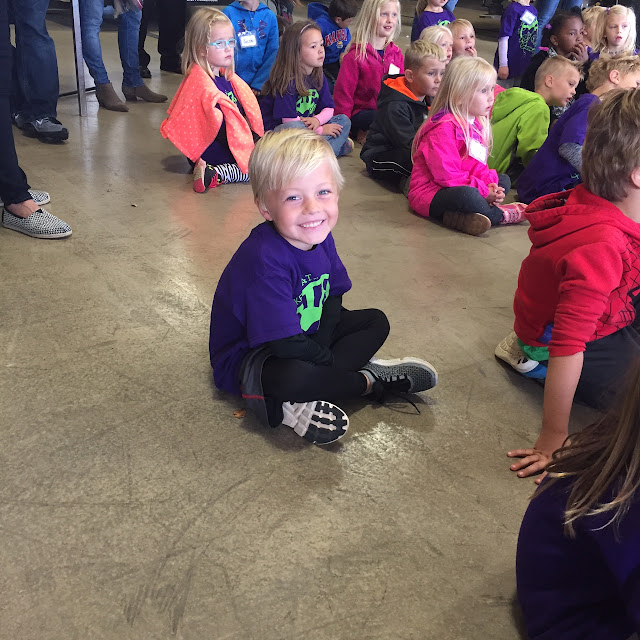 After the video the kiddos watch as one of the firemen put on their gear and crawl around. They did this so that the kids would see what they would look like if they had to come into their house to save them. They didn't want the kids to be scared and hide from them. They got a kick out this. 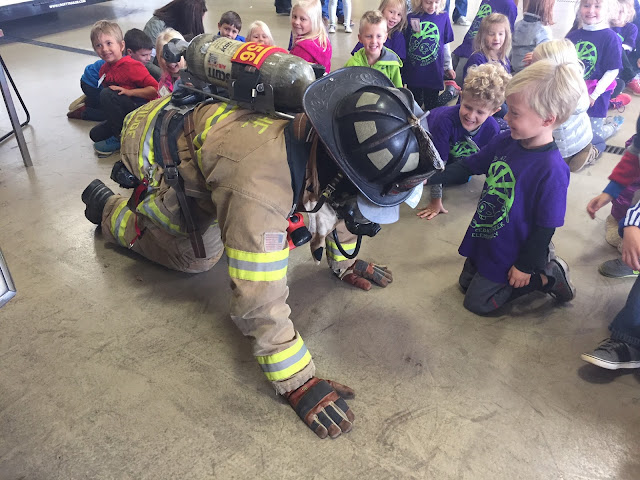 & then they got to walk through the firetruck. The kids thought they were pretty cool. & best of all, they had learned so much and Logan has been talking about our fire safety plan and what we need to do in case of a fire. 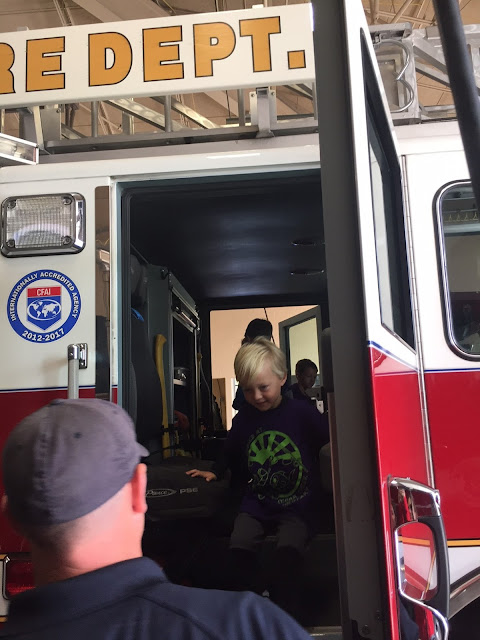 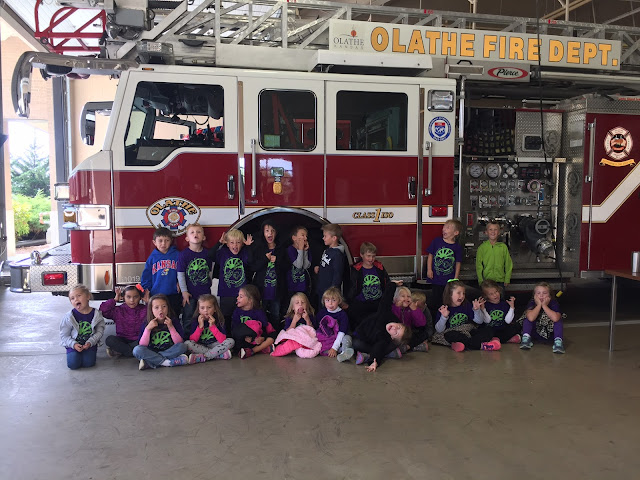 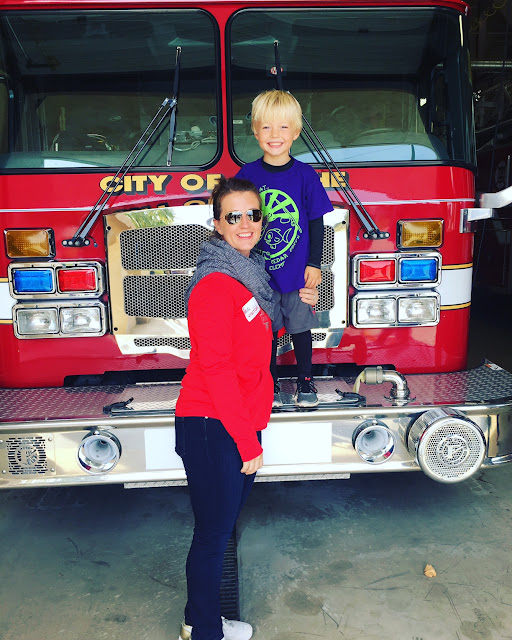 Although it wasn't a long field trip he was wiped and ended up taking about a 2 hour nap, which was fine by him because then at bedtime he wasn't tired and he got to snuggle with me for a little bit. 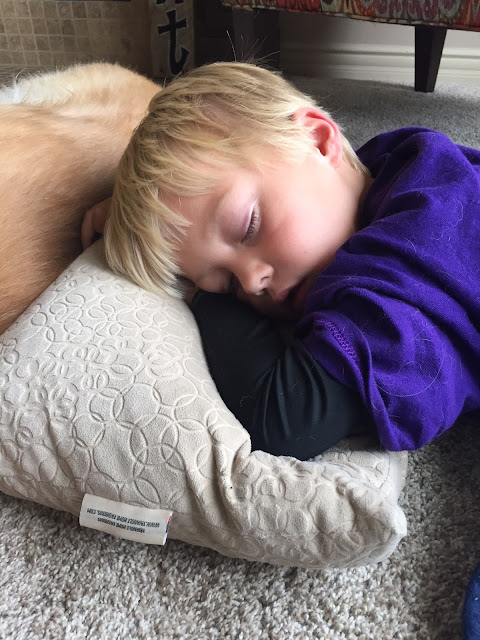 Over the course of the next few days Logan continued to talk about fire safety. He even asked what happens if I am on an airplane & they can't get out the front door, then how does dad get them out off the roof? Poor kid. I explained that Dad would handle it & I may have told him that if he broke his arm it was way better than getting caught in the fire...