I try to ensure that the kids visit a pumpkin patch each year. It doesn't always happen but I like to think that the effort was there and that our days just got away from us. So when Justin signed up for another bbq tournament I knew we had our window.

We started the morning out with the boys' last baseball games--their games overlapped and thankfully Janet was there to help so that neither boy felt as though they weren't being paid attention to. After the games wrapped up we headed home, changed our clothes and then off to lunch we went. As we sat there eating I googled pumpkin patches and within seconds, ten or twenty popped up on my phone. I picked the closest-Kerby's Pumpkin Patch.

It was a gorgeous day so I figured it would be pretty busy but to my surprise, it wasn't. Then again, it wasn't a huge pumpkin patch and was missing one MAJOR thing---the jumping pillow. The boys decided to look beyond that and went in with an open mind.

As we walked in the boys immediately found the duck races. What is it about water and boys?!? 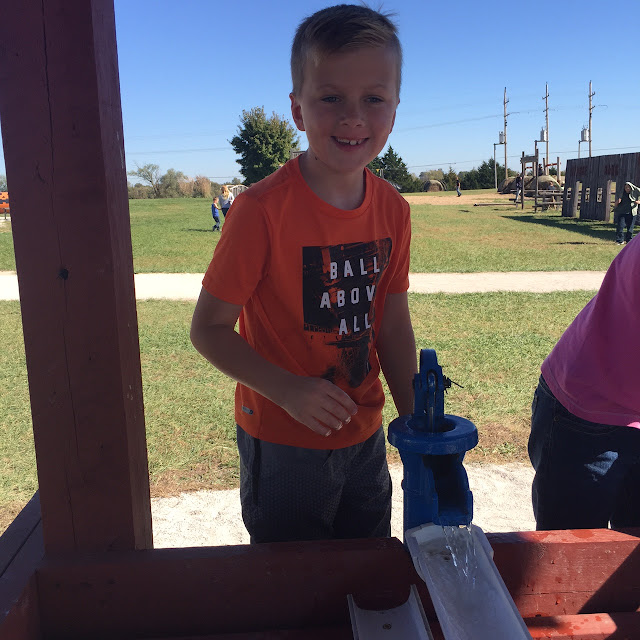 We then headed to the corn maze which is what I was excited for. Typically, okay, almost always, I like to be in control but I turned the navigation over to the boys. I figured the field couldn't be that big so if we got lost, we could turn around and walk out the same way we came in...

The boys alternated who decided which way we go at each turn. Left, Right or straight. We made a few wrong turns but nothing that took us too far off of course and in a matter of 10 or so minutes had made our way through. 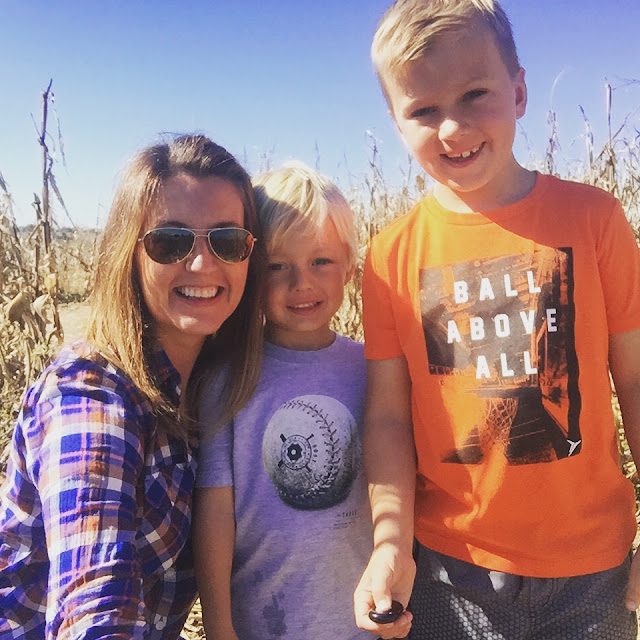 They hit up the bean bag toss. The zip lines--where Logan wasn't digging how fast they were pushing him so Kaden asked the workers if they could push him a little easier so he would want to ride again. Such a sweet brotherly thing to do. 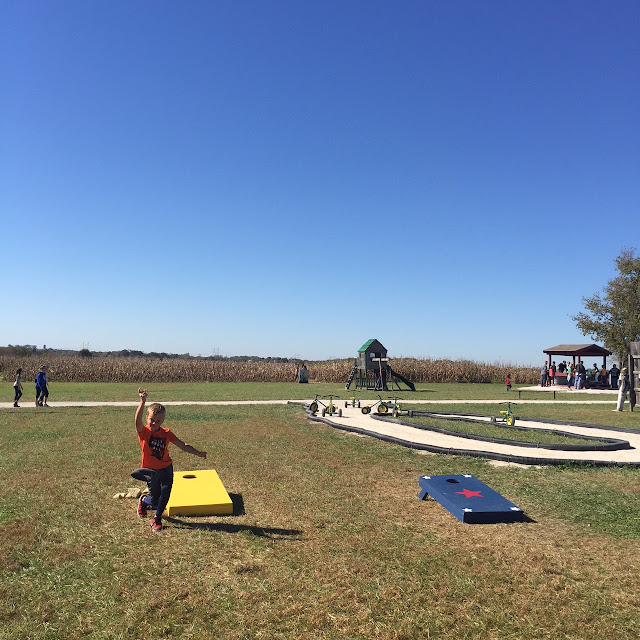 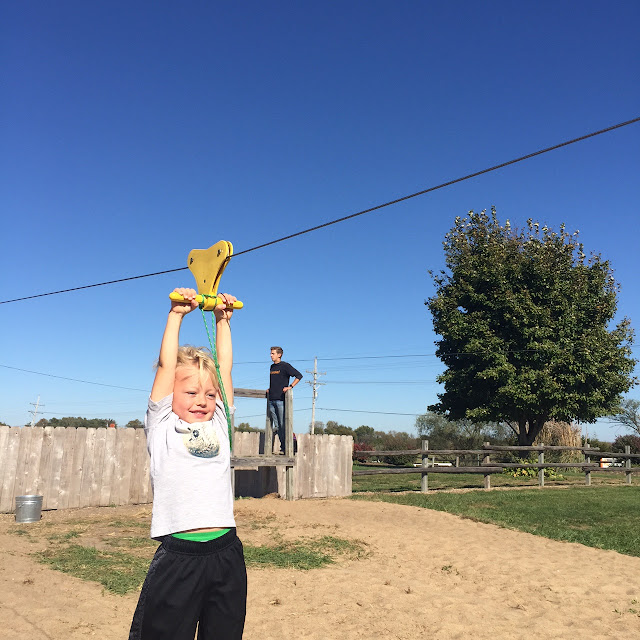 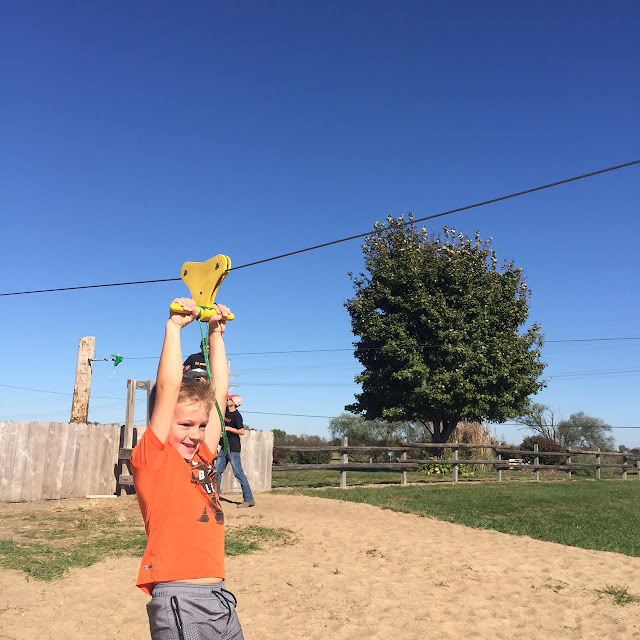 The pumpkin field was next and we ended with a little trip through the Spook House, a few more flights down the zip line & then a little tic-tac-toe. Kerby's pumpkin patch was exactly what we were looking for. 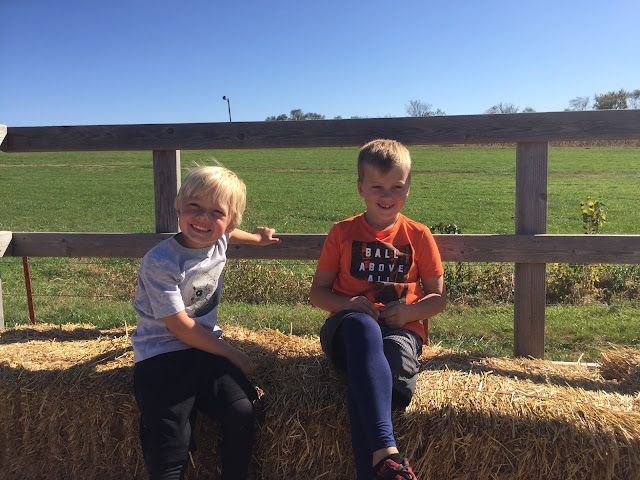 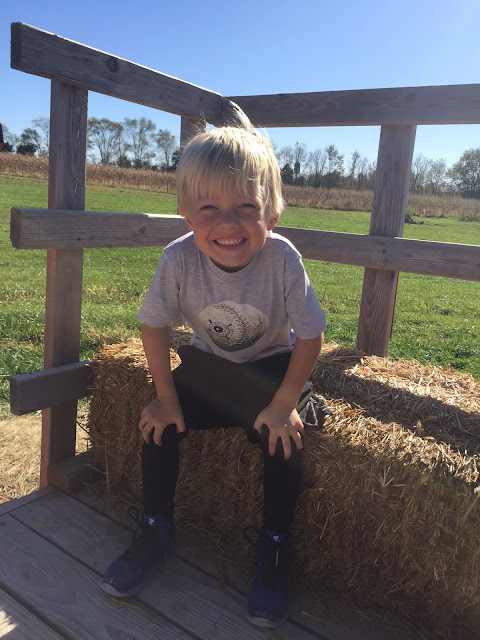 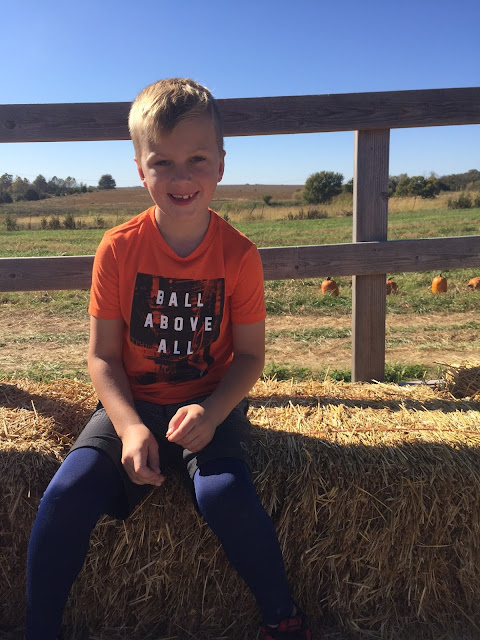 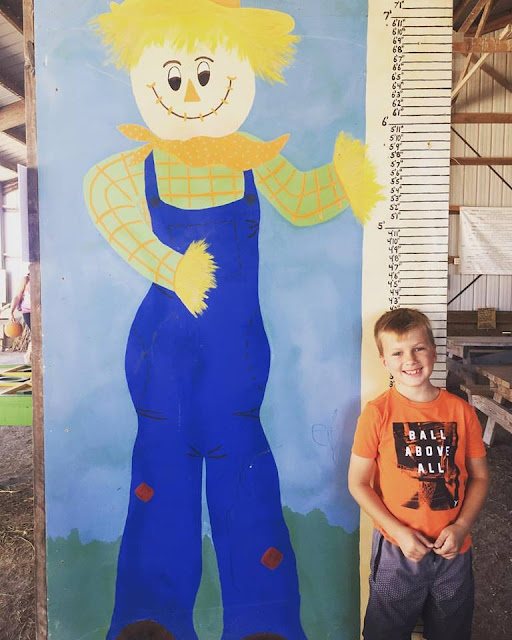 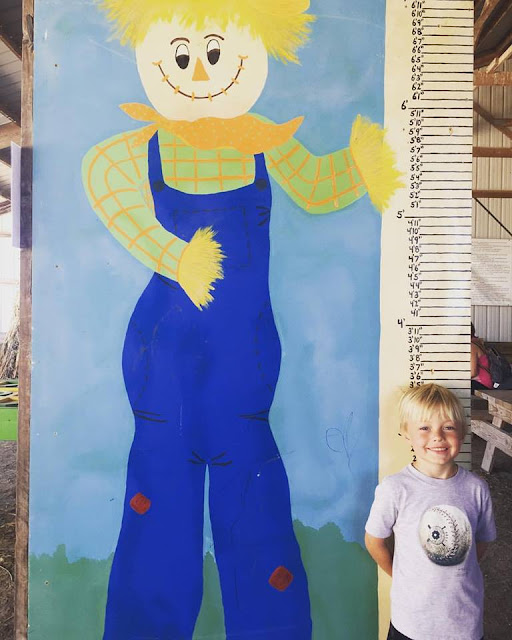 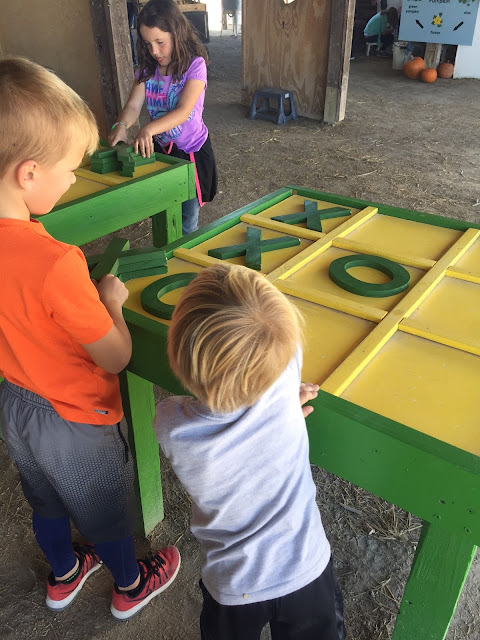 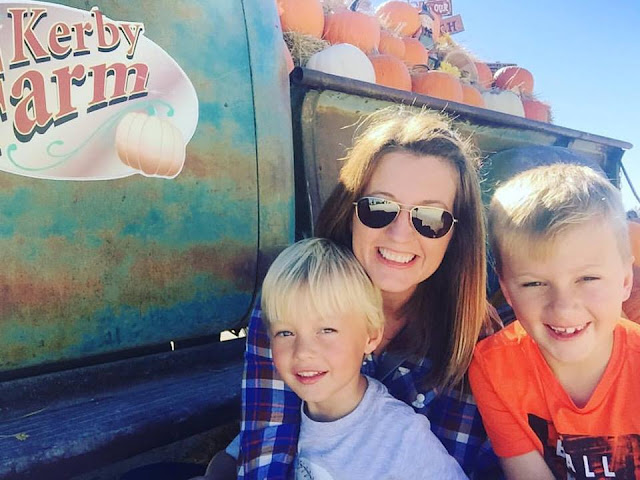