They were headed to the zoo. Kaden wasn't the least bit excited and honestly was asking to stay home because we tend to venture out to the zoo frequently---FOTZ members. I asked his thoughts about me going. Yup, that did the trick. He was in.

But now I was too.

Field trip day came and it was suggested that we bring a backpack. Each parent would have a couple of students assigned to them and basically you would have free range of the zoo from the time the buses arrived till it was time to go. The backpacks would be used for carrying lunches. And snacks.

The buses were pretty much leaving as soon as school started so I decided to take the boys to school. We walked into Kaden's classroom and I found my list of 1st graders. I'd have Kaden and then two of his buddies, Henry & Ryan--both great kids. 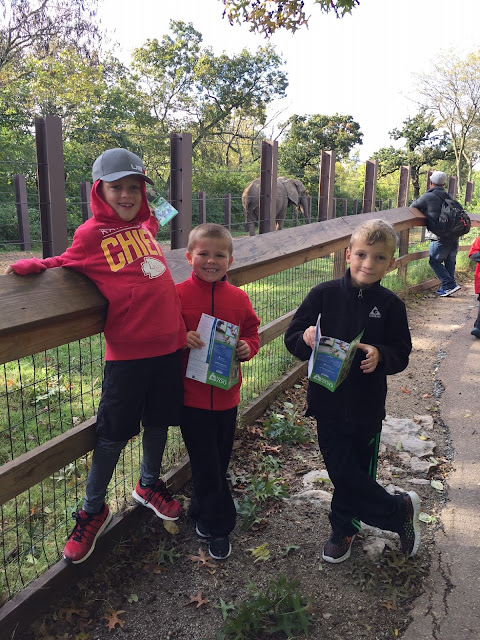 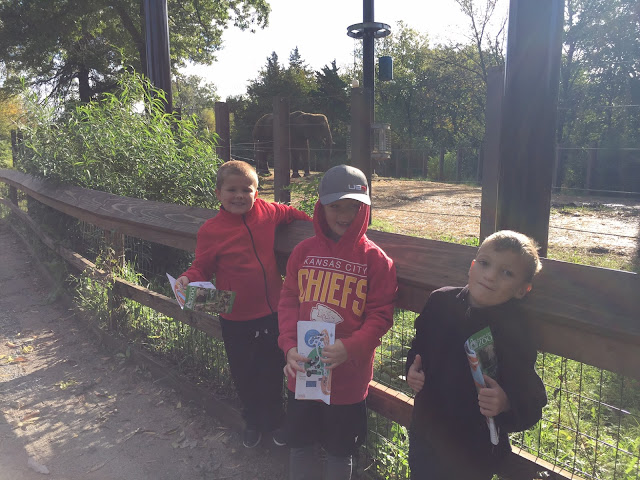 We decided to go through the zoo backwards--starting with Africa--in hopes of avoiding the thousands of other school fields trips in attendance. As we walked through the entrance all three boys grabbed a map and navigated us straight to Africa---we made the truck by foot as we were not allowed to take the train, tram or the sky safari. We were all bummed but they were good sports. 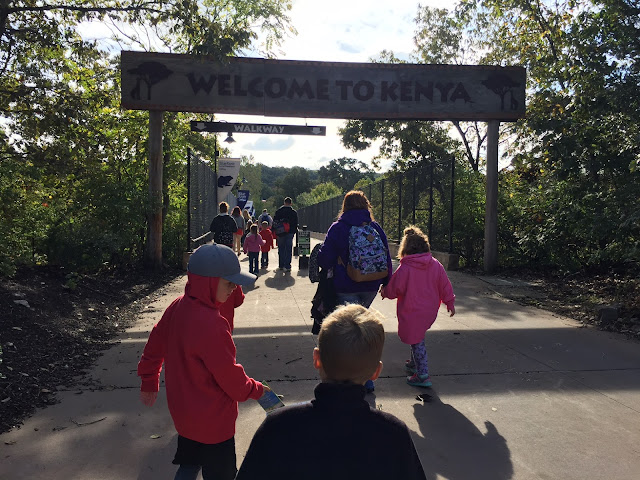 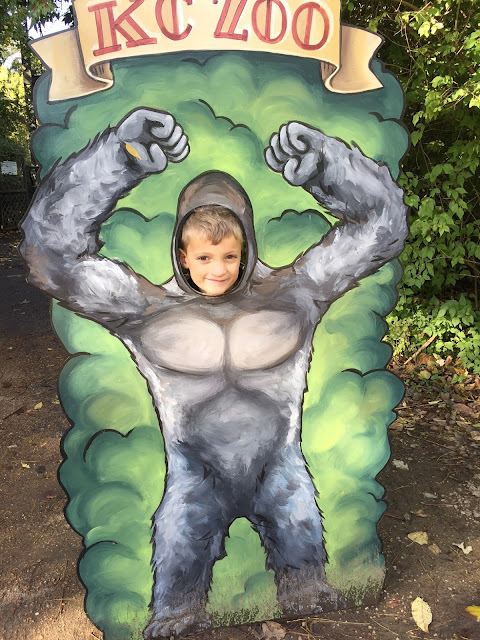 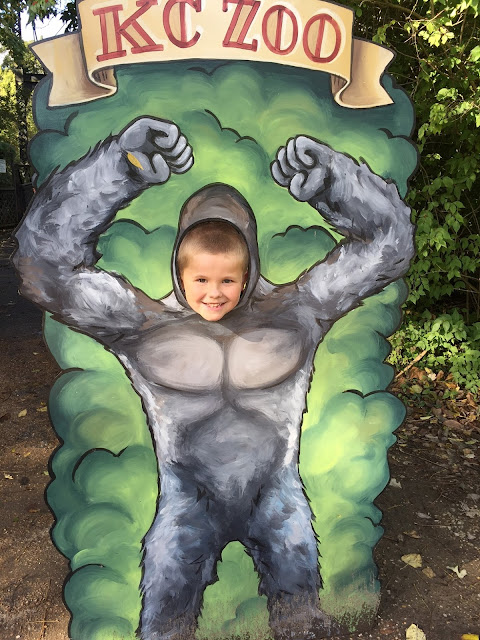 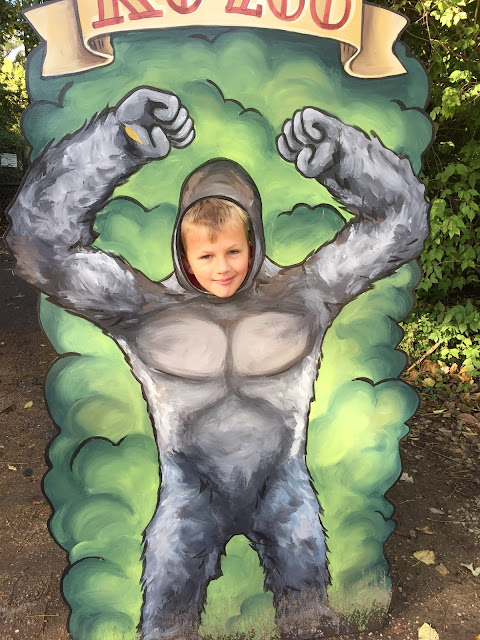 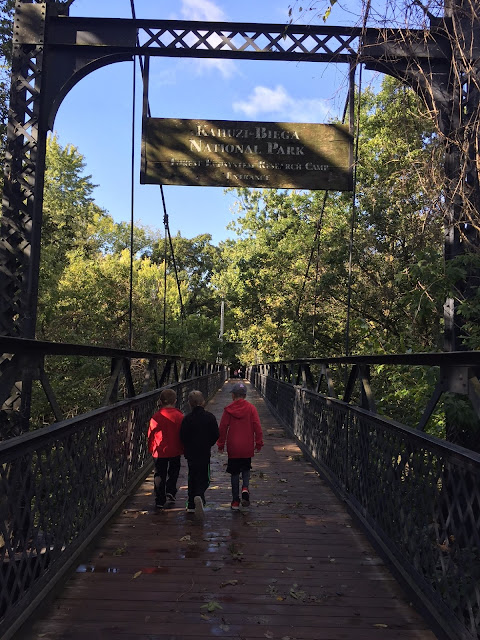 The boys each picked out a favorite animal and added them to our must see list. Kaden had the cheetahs, Henry wanted to see the lions and Ryan was looking for the rhino. First up was the cheetahs and we got lucky, she was sunbathing on top of the hill for us & so were the lions a few exhibits down. We crossed over to Karuzi-Biega for the gorillas but it was a tad chilly and they weren't out playing but the boys still had fun on the suspension bridge. 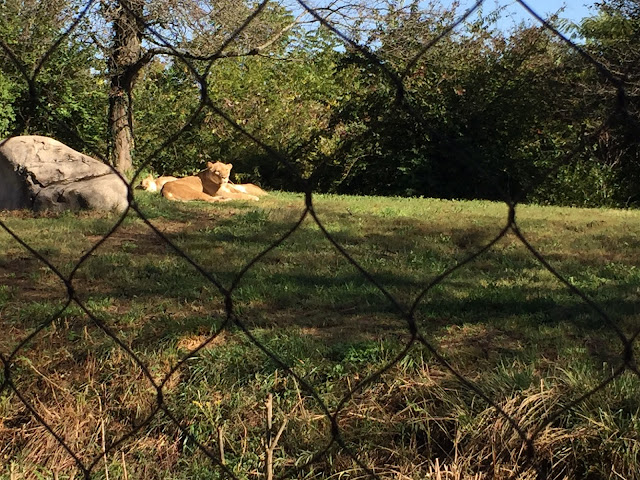 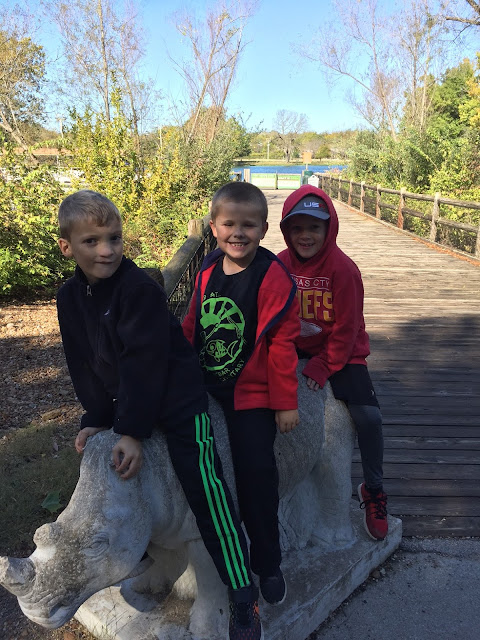 We checked off the zebras, the chimps, the ostriches, crocs and hippos but the rhino & giraffes hadn't made it out and we were a little disappointed in our trip to Africa. And hungry, so we decided that we would head back to the elephants and have lunch with them as it was their feeding time and we knew they would all be coming out for that. And they did.

Next we were off to Australia for the kangaroos & we got to see the snakes not once but twice--the boys' request, not mine. 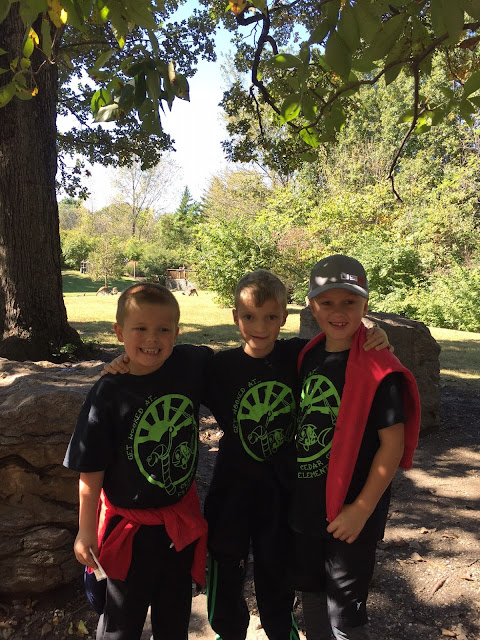 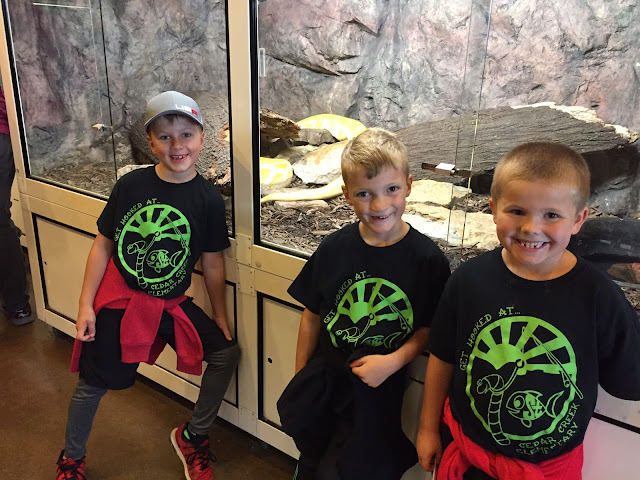 The tigers were active & the penguins were a hit. 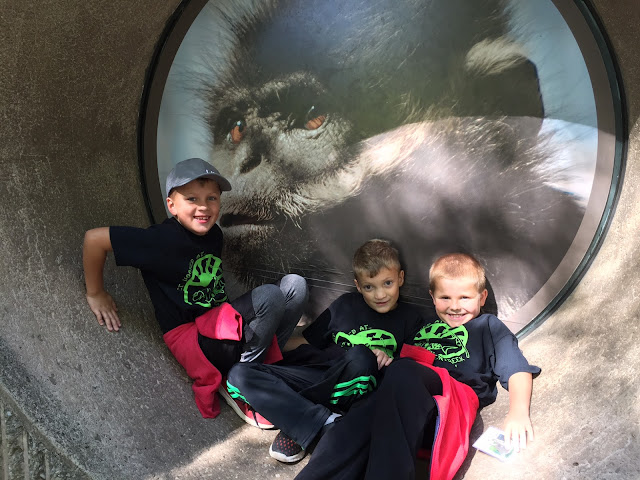 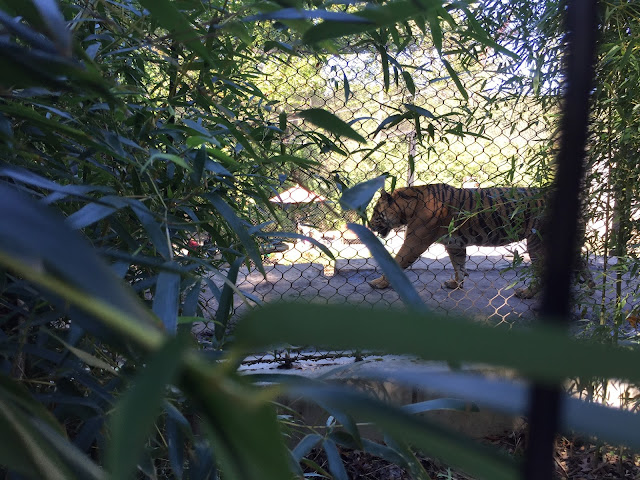 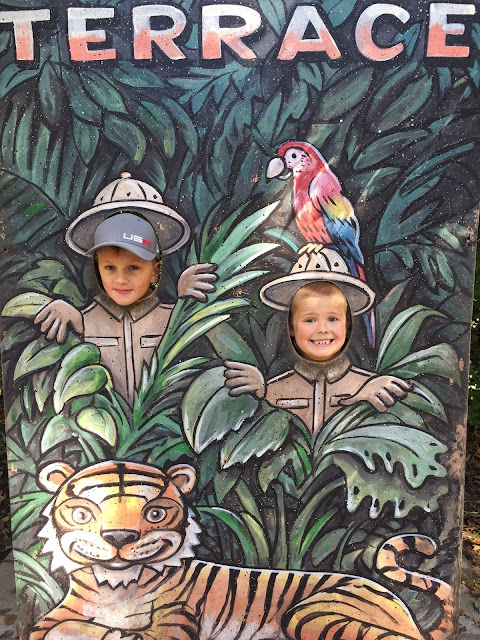 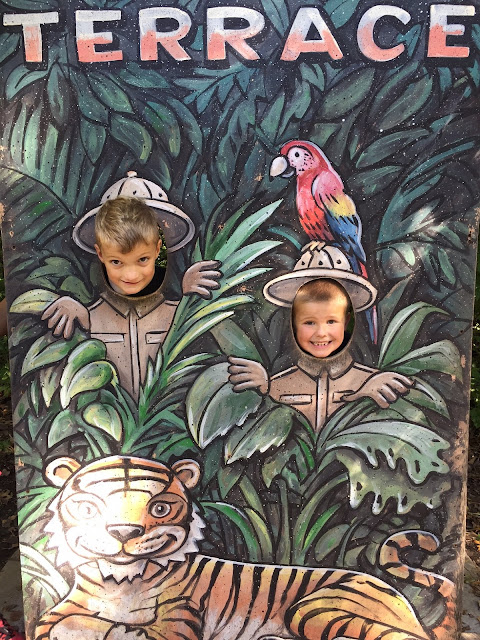 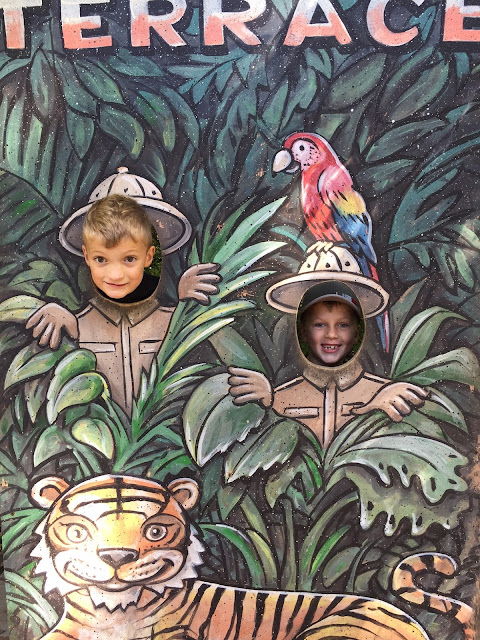 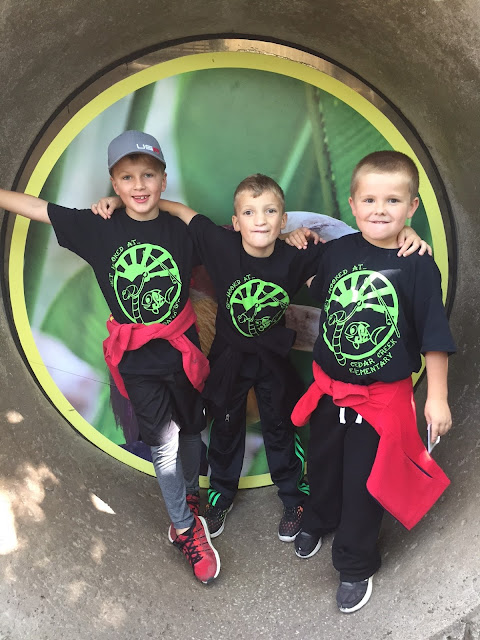 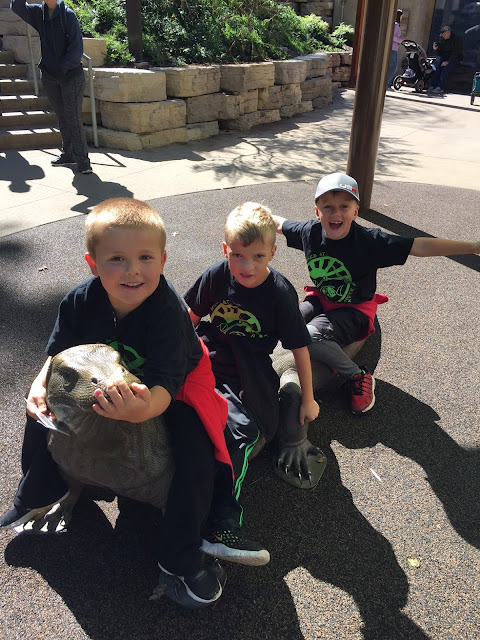 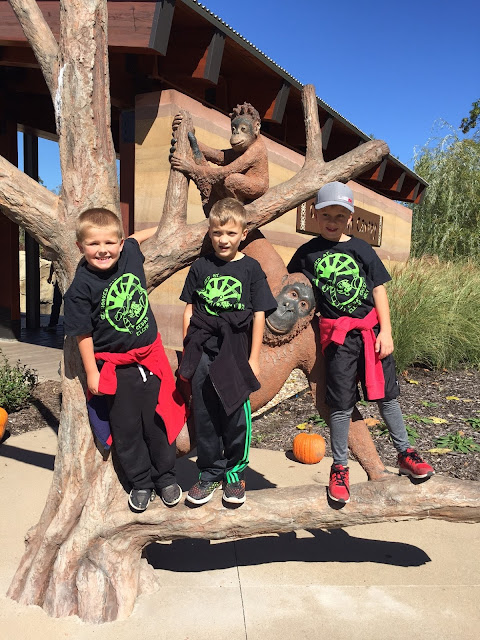 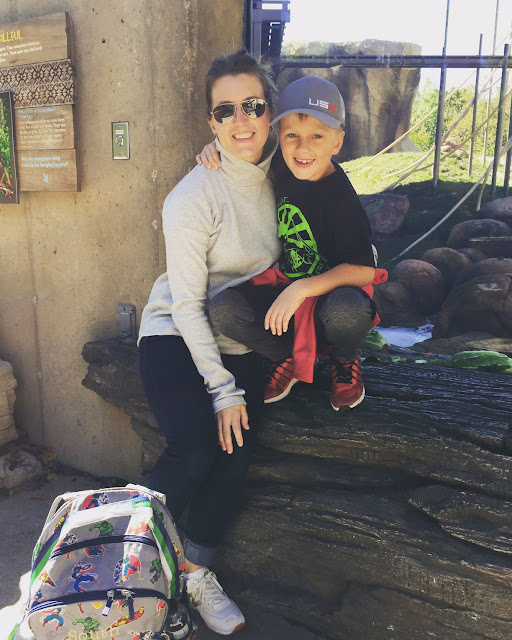 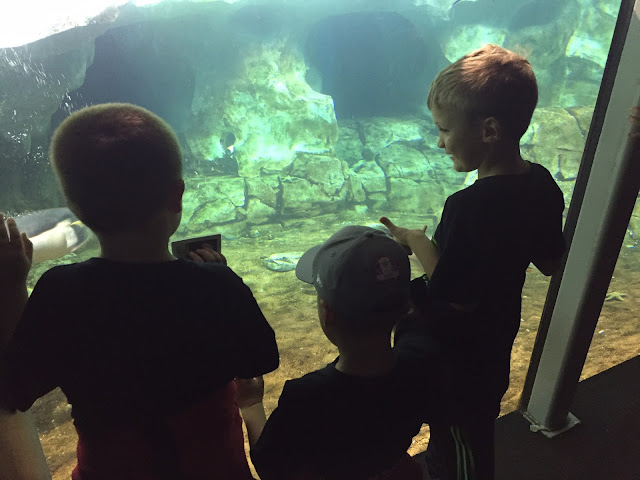 We finished off our little field trip with one of the boys feeding the lorikeets. 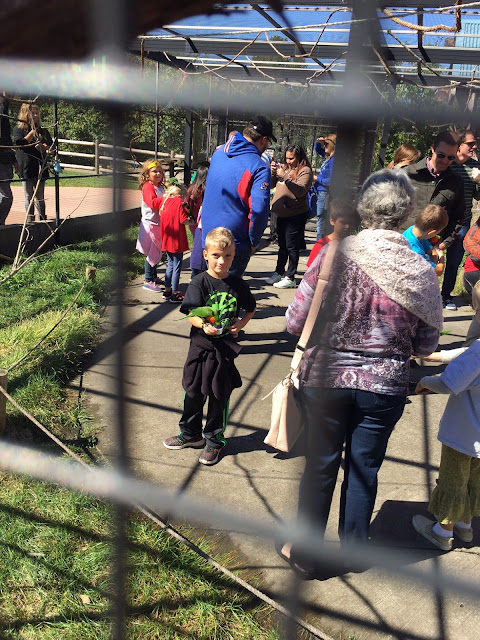 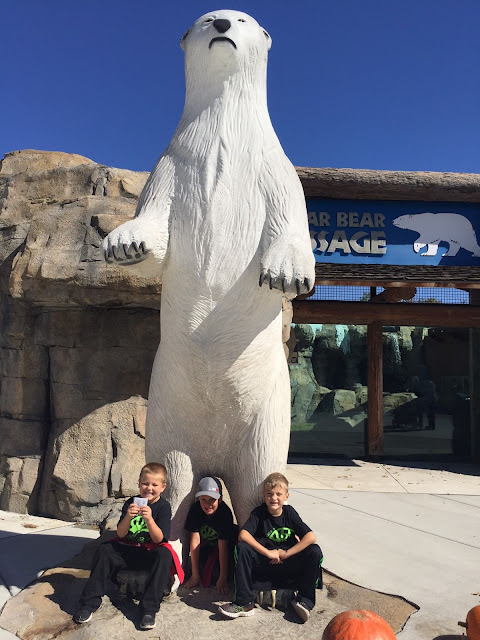 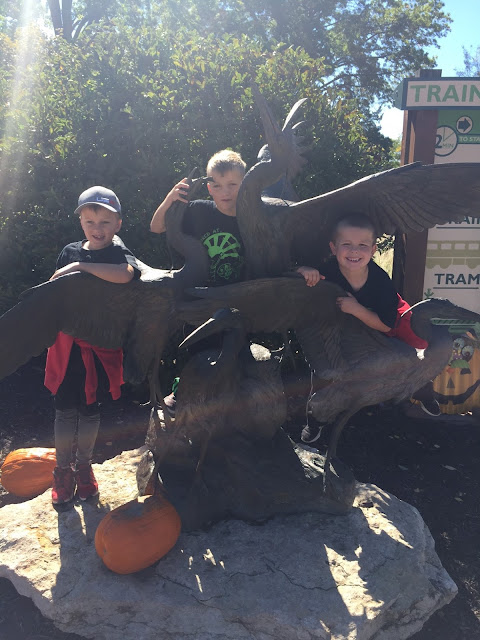 What started out as a chilly day, ended up to be one beautifully fun day with a couple great first graders. 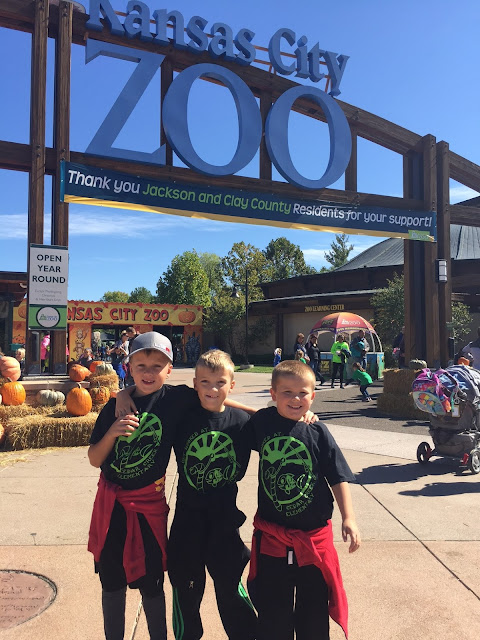